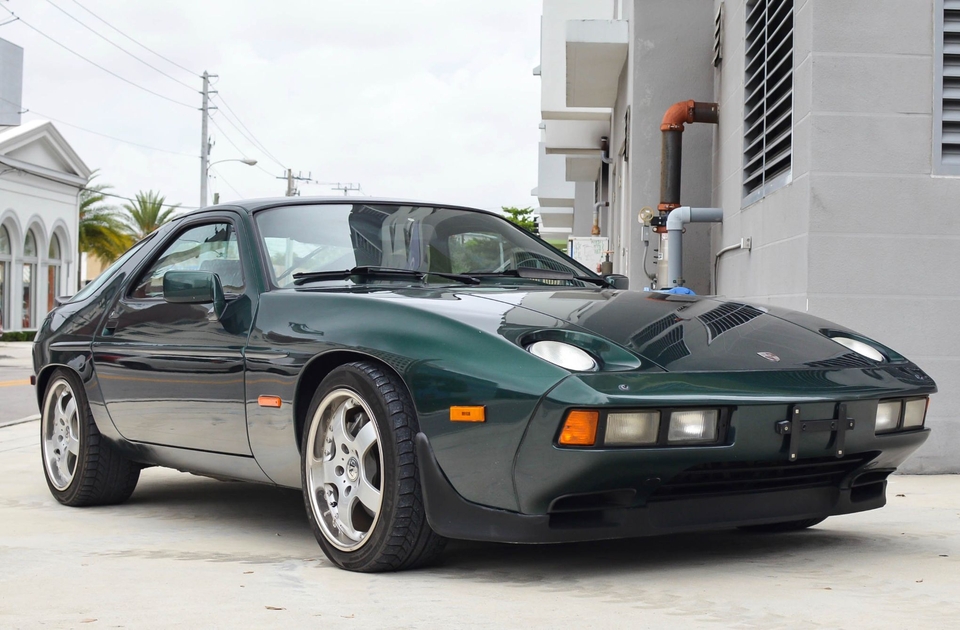 Up for auction is this European-market 1983 Porsche 928 S finished in the unique color combination of Moss Green Metallic over a Green leather interior.  Having set new standards for luxury and performance in its day, the 928 remains one of the most legendary grand touring cars of all time.  Originally imported to the U.S. by Germany Euro, this 1983 example had been under the longtime care of two different owners prior to the seller’s purchase 8 months ago.  Featuring a desirable sunroof delete, European-market trim and a 5-speed manual transmission, this 928 S now being offered for auction showing approximately 95k miles on the odometer. 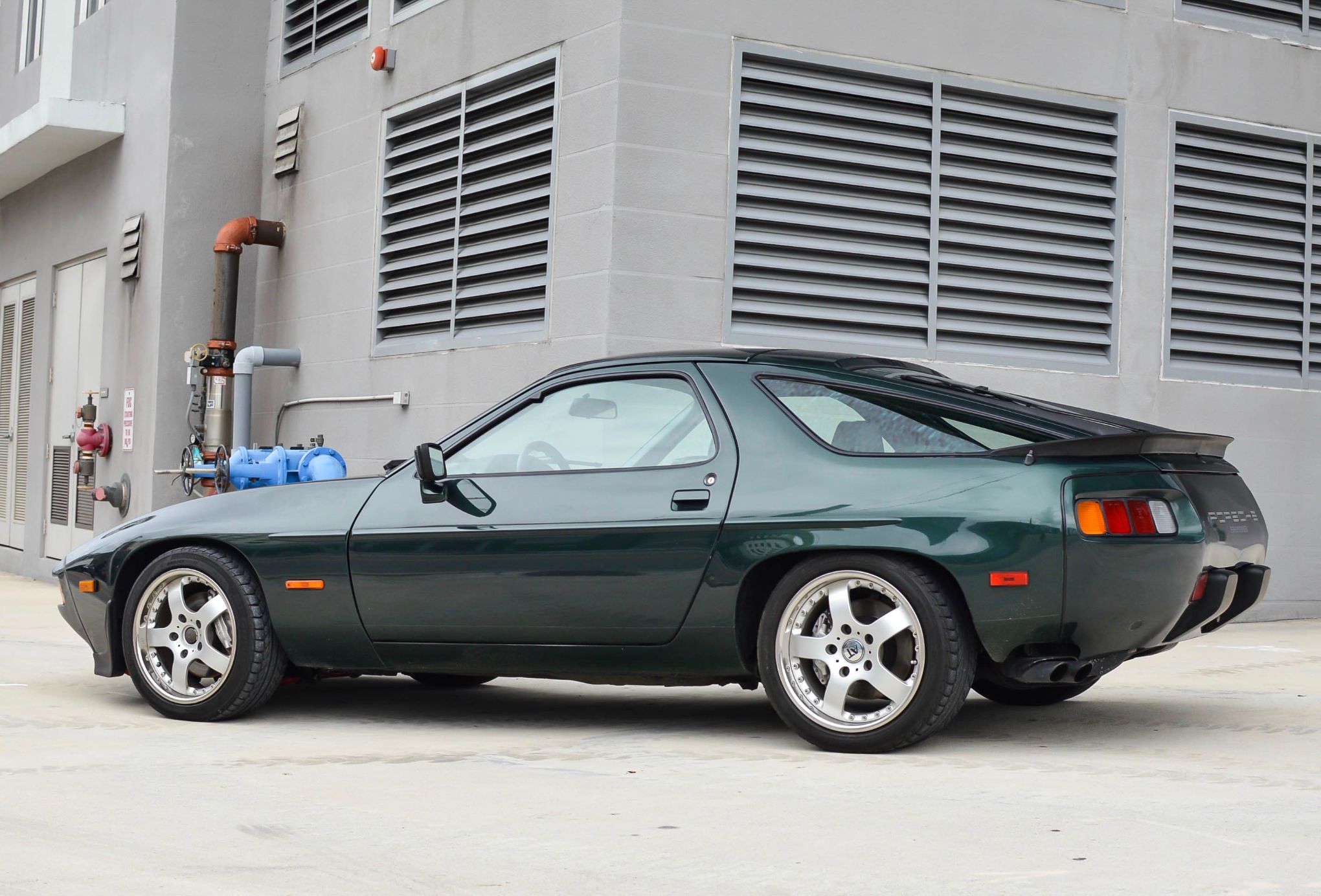 Stated to have been refinished in Moss Green Metallic under previous ownership, this 928’s paint is said to be in great overall condition with a few minor flaws including some rock chips and some hairline fractures along the rear bumper.  Detailed images are provided in the photo gallery.  Noteworthy details include European-market lighting, a sunroof delete and aftermarket multi-piece 17” AT Italia wheels which come dressed in BFGoodrich tires. 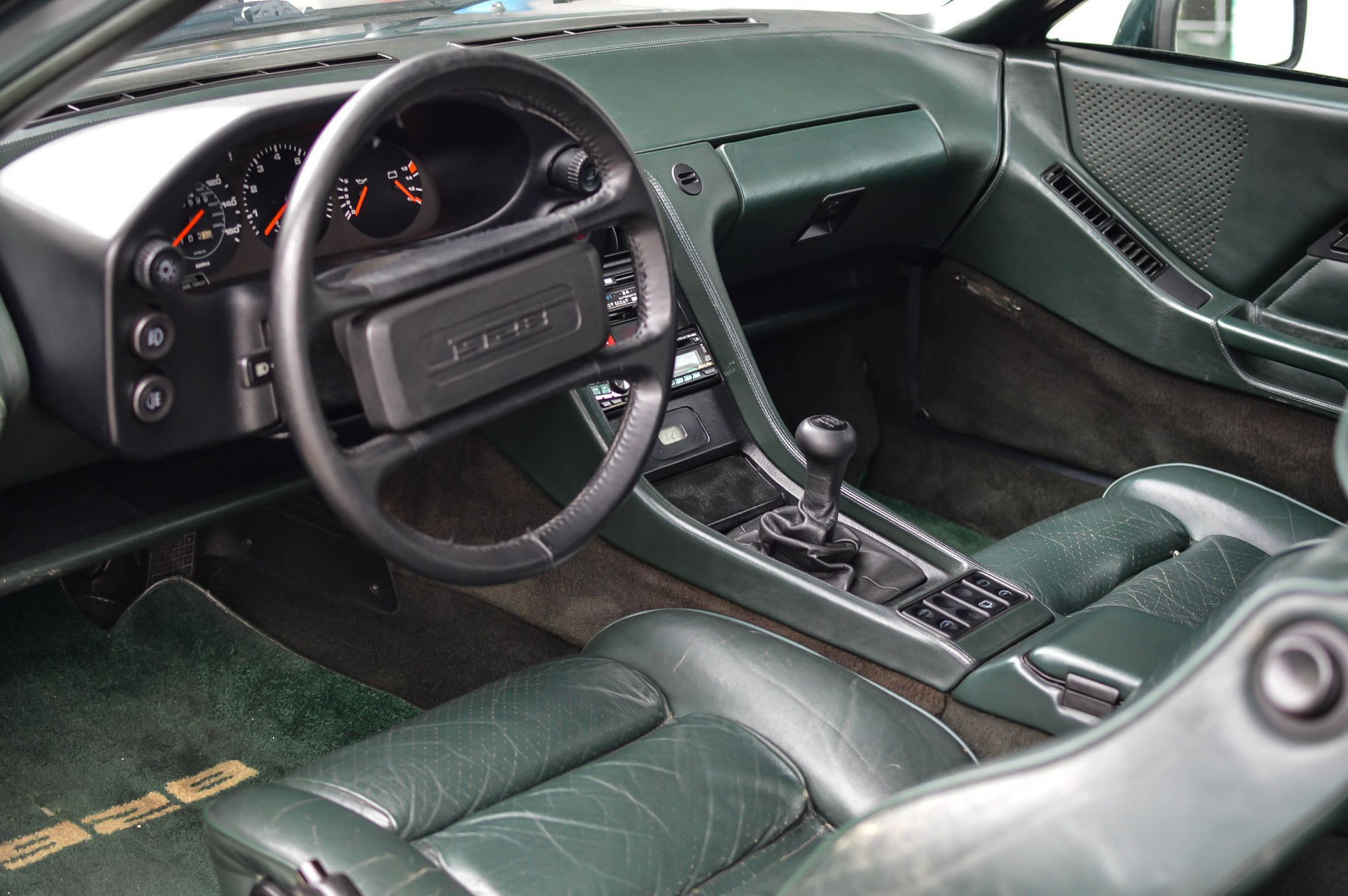 Inside, you will find a green leather interior which is said to be in great condition with all gauges and accessories remaining fully functional.  The seller also notes that a full air conditioning service was recently carried out.  The stock radio has been replaced with an aftermarket unit. 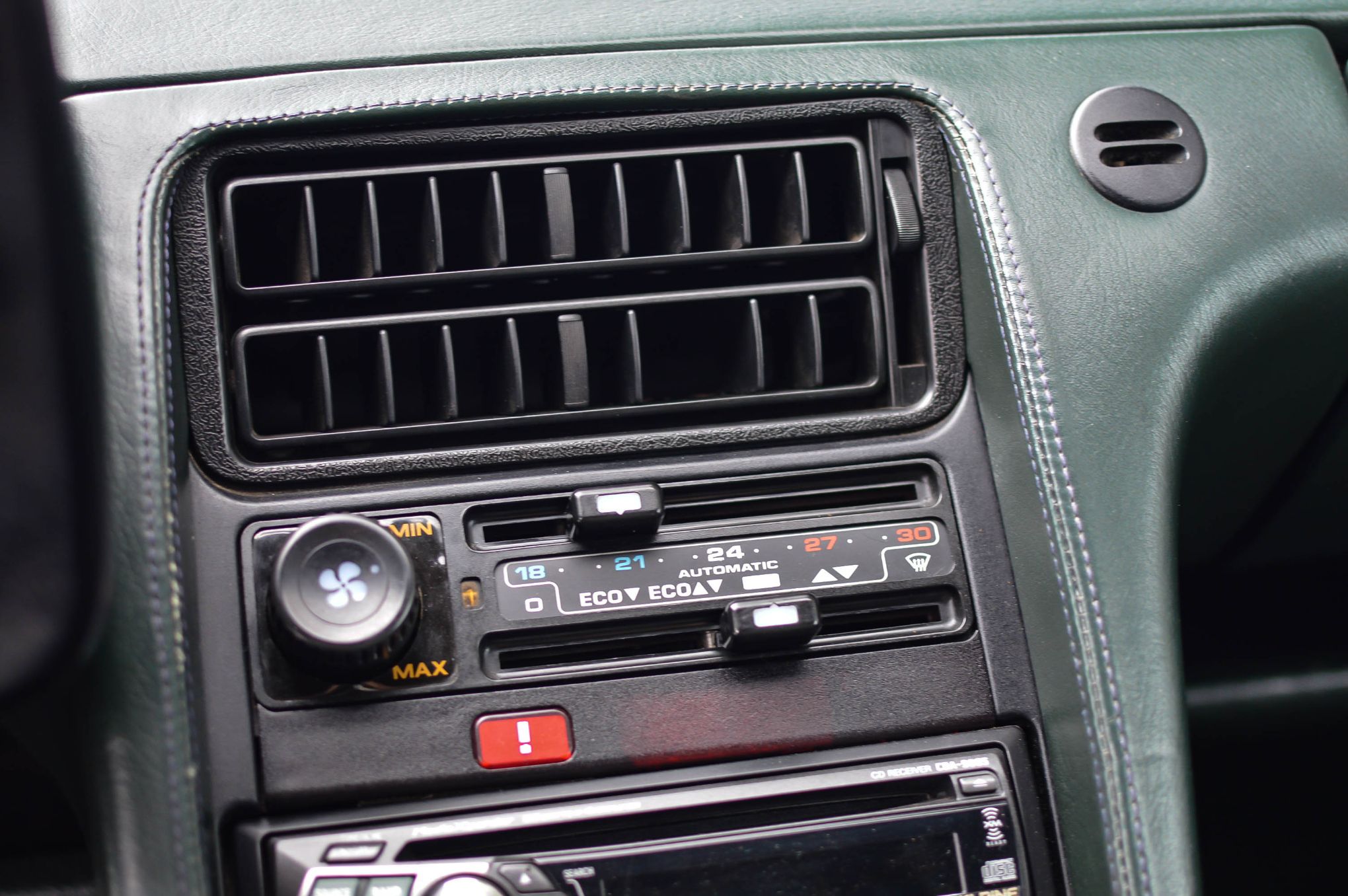 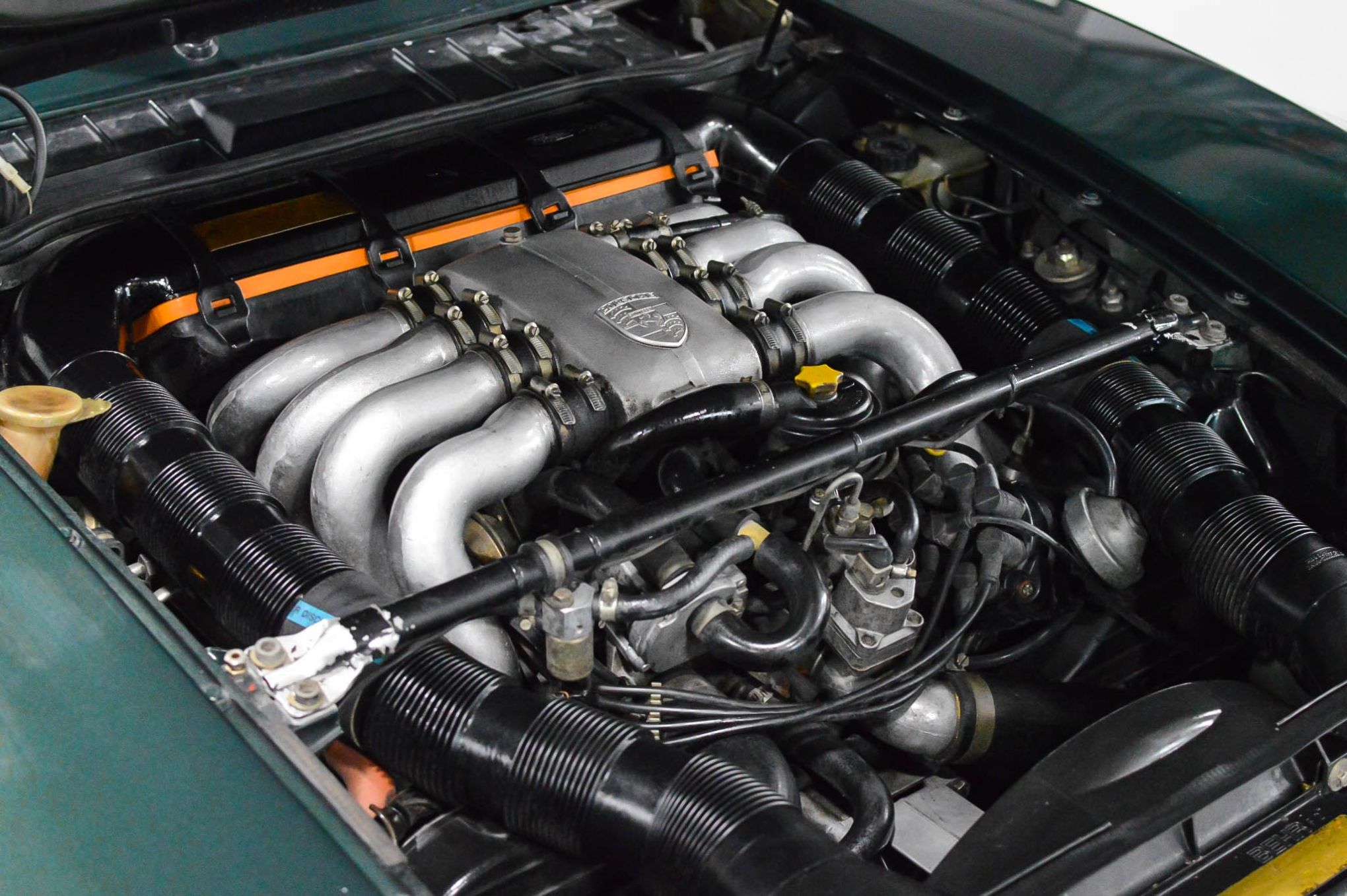 A robust Euro-spec 4.7 L V8 engine sends approximately 310 HP to the rear wheels by way of a 5-speed manual transmission.  Performance modifications include upgraded S4 brakes and a short shift kit.  A major service was carried out at 72k miles which included a timing belt replacement, and at 88k miles the clutch was replaced along with the rear main seal.  In 2011 the clutch master cylinder was also replaced, and the car is said to be up to date on all due service with a recent oil and filter change.  Accompanied by records showing consistent maintenance, this 928 is said to be in excellent running order. 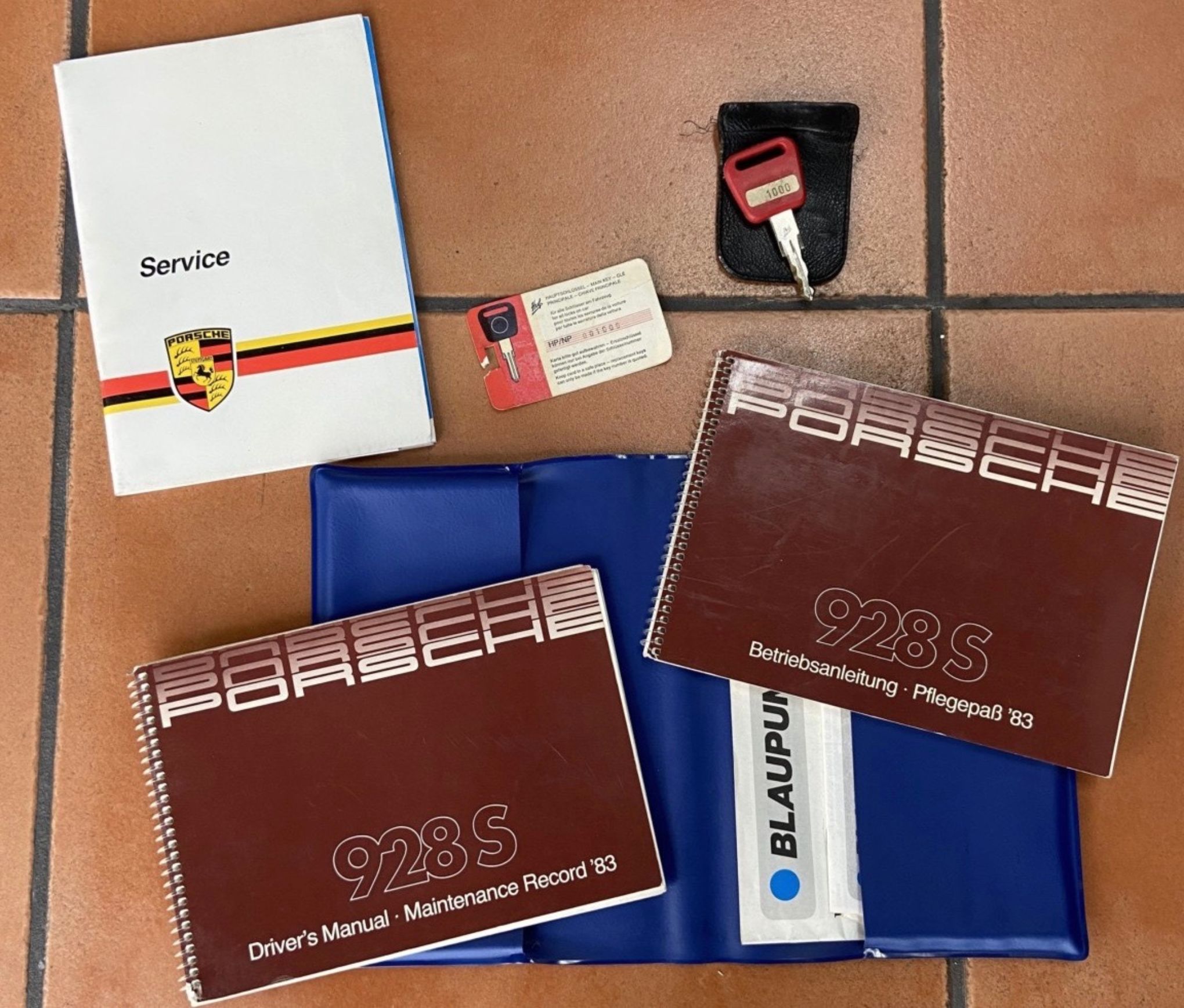 The sale of this 928 S will include a set of two keys, English and German factory books, service records dating back to the mid 1980’s, tools and a factory first aid kit.  Do not miss this unique opportunity to own a European-spec Porsche 928 S.