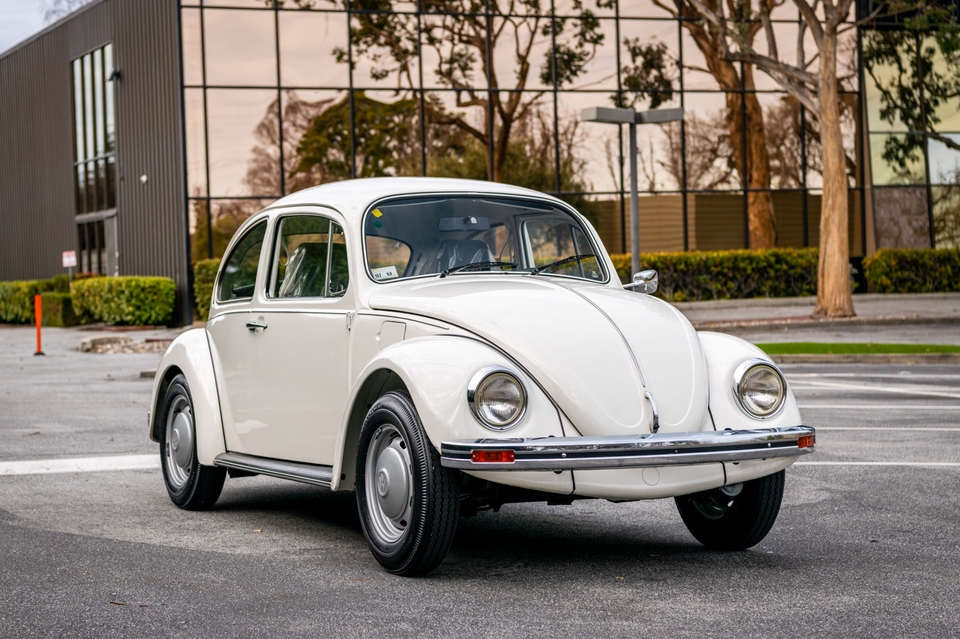 There are few vehicles more iconic than the Volkswagen Beetle, and this Mexican-market 1983 example is one of the most original and best-preserved examples you are likely to find anywhere in the world.  It is reported to have been originally purchased from a Tijuana VW dealership by world-renowned VW tuner Gene Berg to complete a set of Red, White, and Blue Beetles for display at his shop in Orange County, CA.  This Beetle is said to have remained in Gene’s collection up until his passing in 1996 before it was sold and exchanged between several private collectors and eventually purchased by the seller.  It has since undergone a comprehensive refresh with genuine VW parts to ensure excellent running order. Having never been registered while preserved in like-new condition with only 121 original miles (196km) traveled in total, this museum-quality Beetle is now being offered for auction by its seller out of San Mateo, CA. 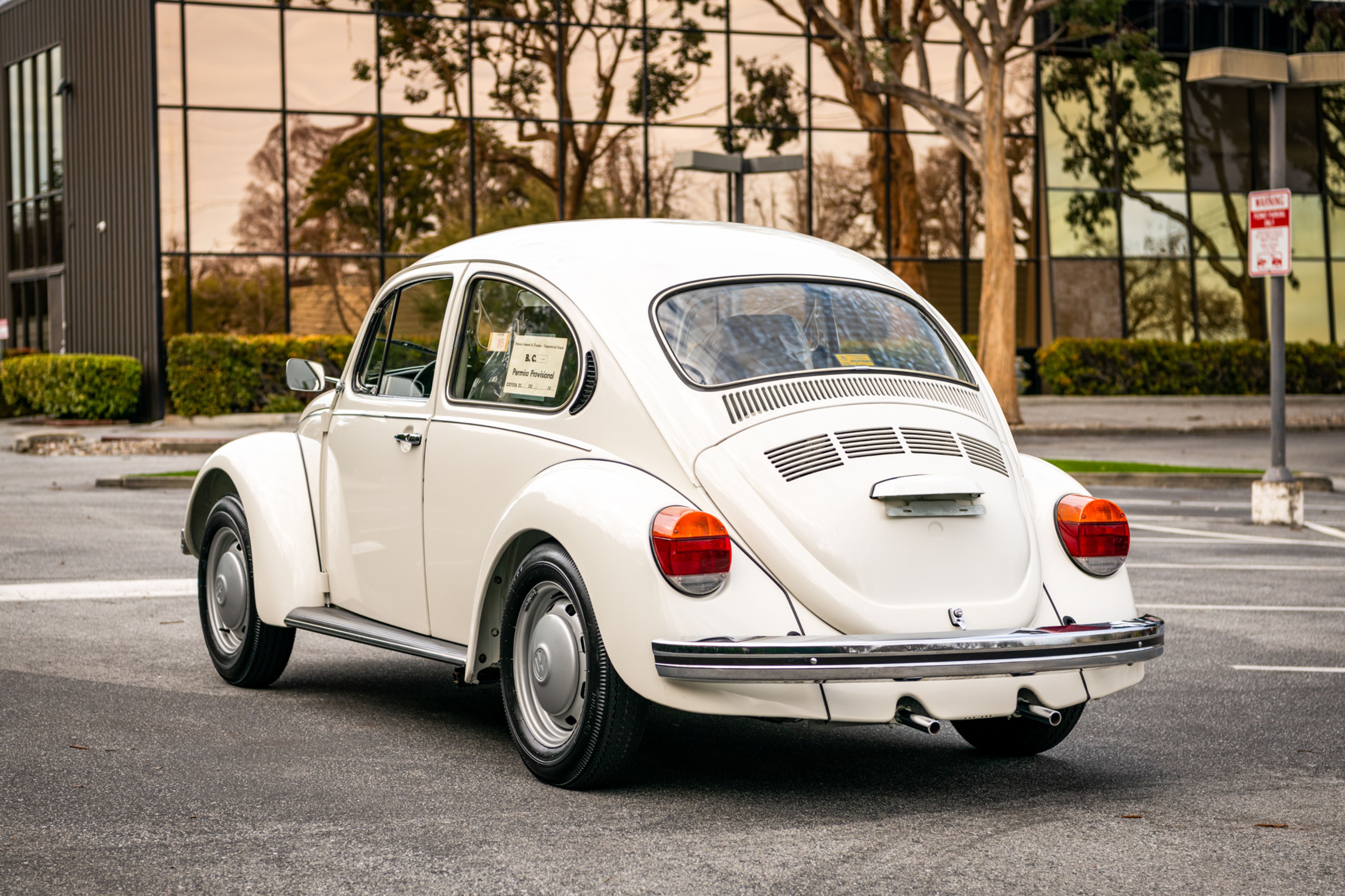 The White paint on this Beetle is said to remain like new with various inspection and pre-delivery labels still in place.  Detailed images are provided in the photo gallery.  This Mexican-spec 1983 example features simple bumpers with integrated front turn signals, late-style round taillights, late-style large side and rear windows, chrome trim, and opening front quarter vent windows.  Factory slotted steel wheels retain their original tires which are said to be good for static display, but unfit for normal road-going use. 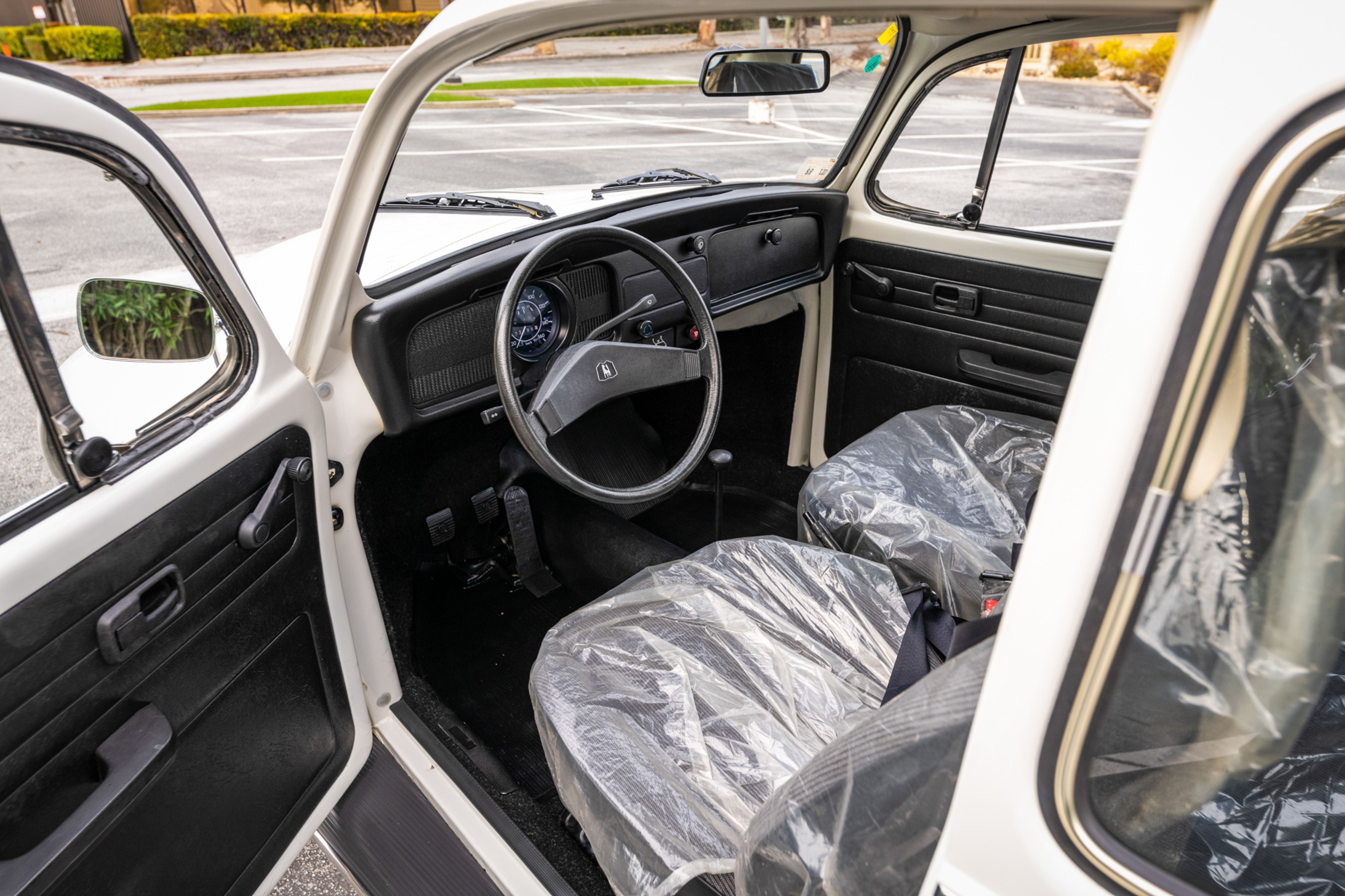 Factory protective plastic remains over the original vinyl interior which features a subtle houndstooth pattern fabric on the seats and a minimalist dashboard with a single instrument dial and glovebox.  There is no radio installed, although there is a mounting hole for an antenna that has been plugged with an OEM piece.  A set of reflective hazard triangles are stowed beneath the seats, and under the front bonnet, you will find the original full-size spare tire and toolkit. 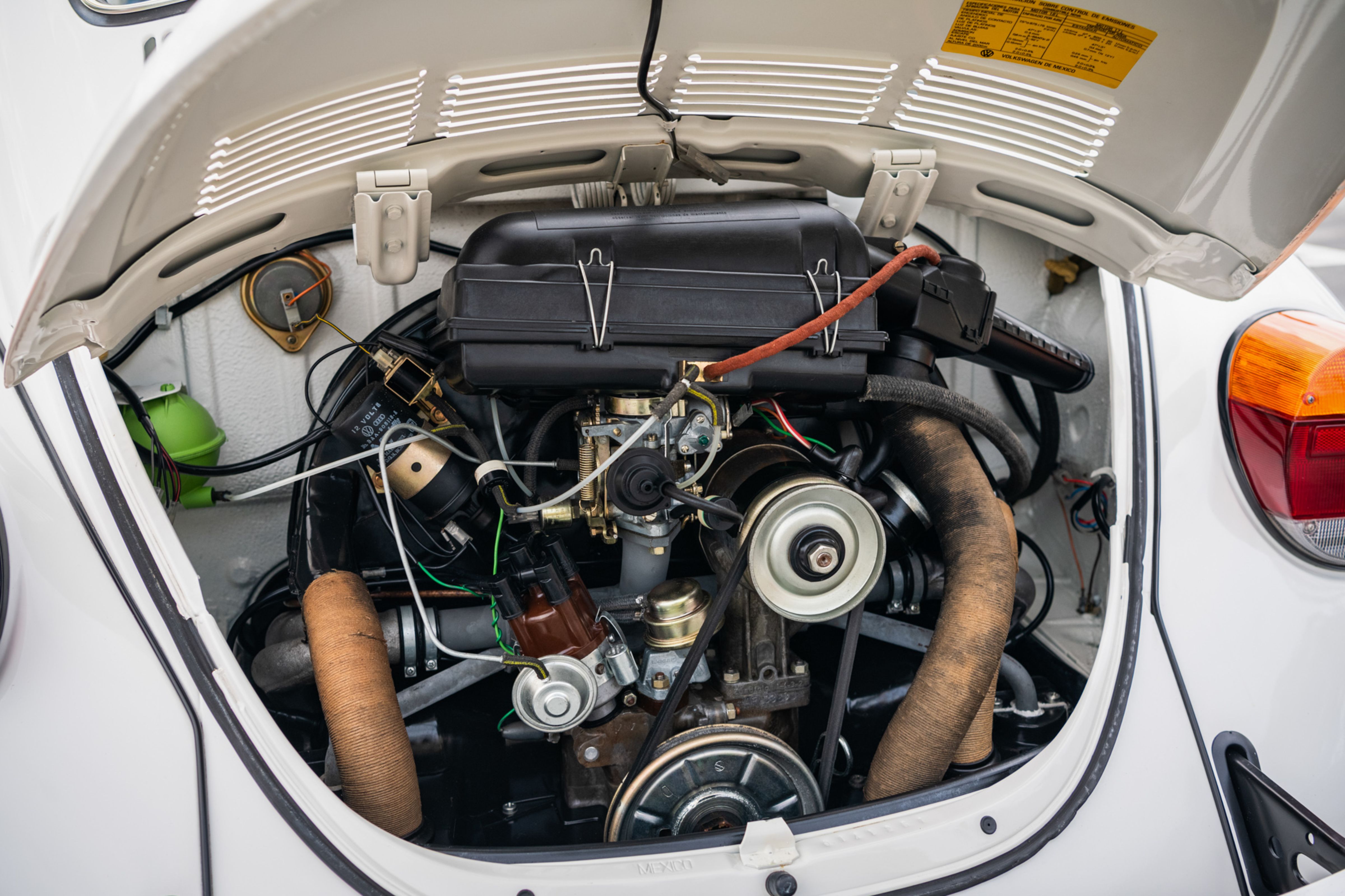 The air-cooled 1600cc flat-four engine features twin-port cylinder heads, point ignition, and a single-barrel carburetor.  Approximately 57 HP is sent to the rear wheels through a 4-speed manual gearbox with Synchromesh.  Other equipment includes a 12-volt electrical system, drum brakes, front trailing arms, and rear swing axles with a “Z” stabilizer bar.  Upon the seller’s acquisition, this Beetle was thoroughly gone through and all necessary maintenance items were addressed including new engine and transmission oil, a new master cylinder, new brake lines and fluid, a fuel tank flush, new fuel lines and filter, and a new battery.  The car is said to run beautifully, and all replacement parts are said to have been genuine NOS Volkswagen pieces. 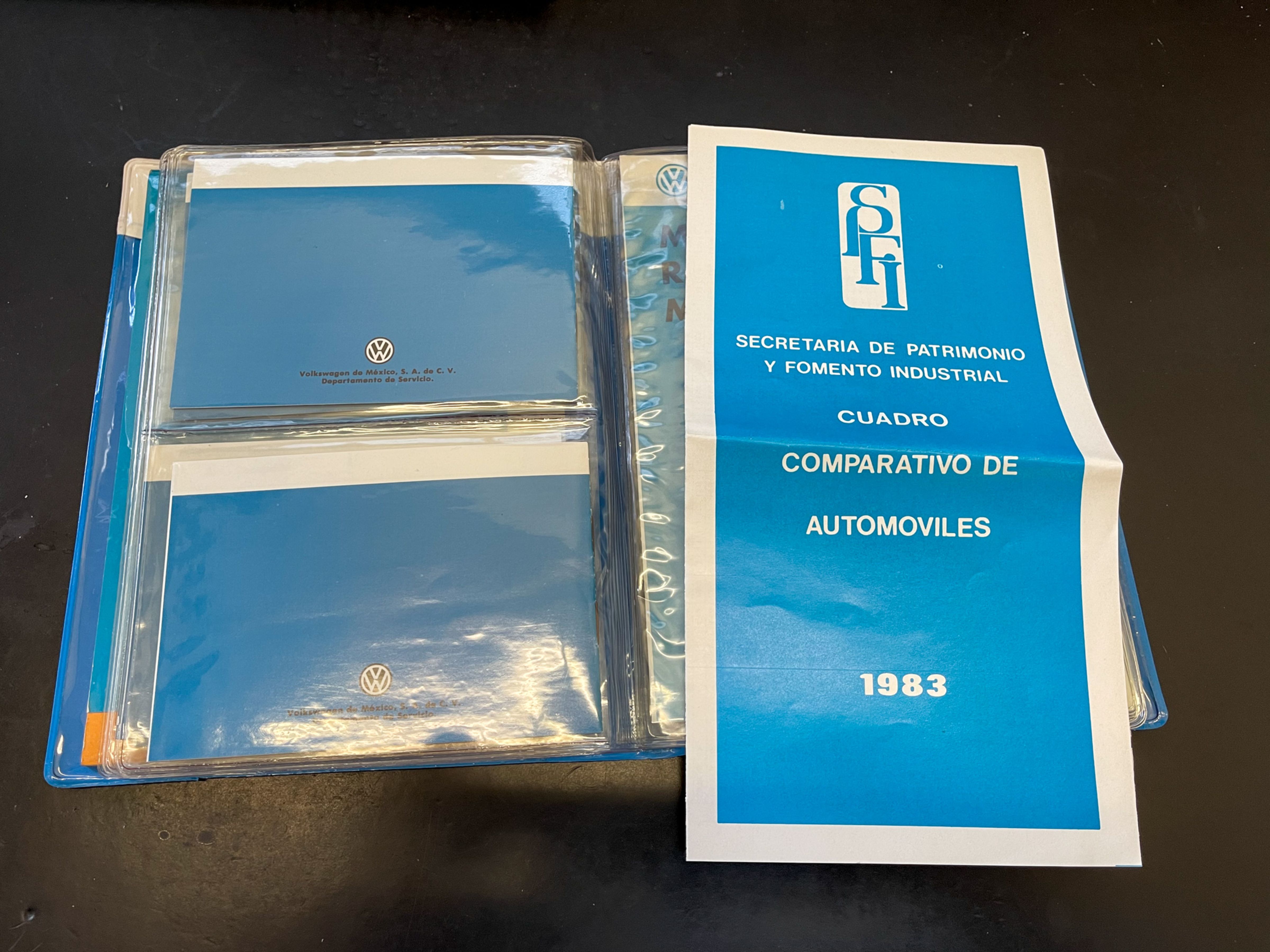 This sale will include the original manuals and VW map of Mexico, the original spare tire and tools, 2 sets of keys, and the original temporary registration.  This vehicle will be sold on a bill of sale; however, a Vermont registration has been ordered and is expected to arrive within the next month.  This is an incredibly special opportunity to own one of the finest examples of the world’s most iconic automobile.