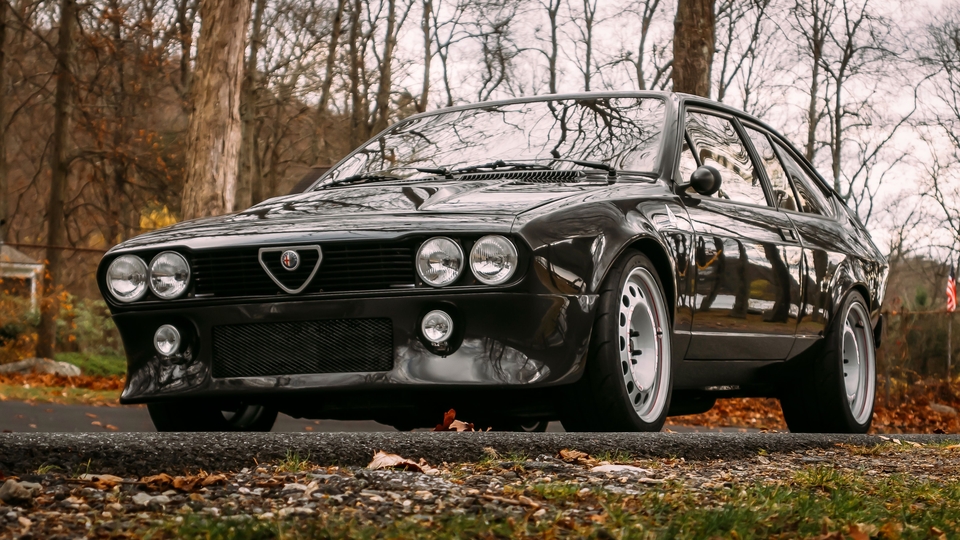 We are pleased to offer this modified and highly unique 1984 Alfa Romeo GTV6 2.5 finished in Black Metallic over a black leather interior. A major evolution in Alfa Romeo’s Tipo 116 or “Alfetta” lineage, the GTV6 served as the basis for the racing cars that won the European Touring Car Championship consecutively from 1982-1985.  This 1984 example was purchased by the seller in 2019 before undergoing some modifications including custom bumpers, a lowered suspension, Corsa Velocita wheels, and aftermarket mirrors.  The dashboard was also reupholstered in a non-reflective rally-style finish, and the engine was serviced with a valve adjustment, a new timing belt and cover, fuel injectors, and more.  With approximately 41k miles shown on the 5-digit odometer, this custom GTV6 is now being offered for auction by its seller out of New York. 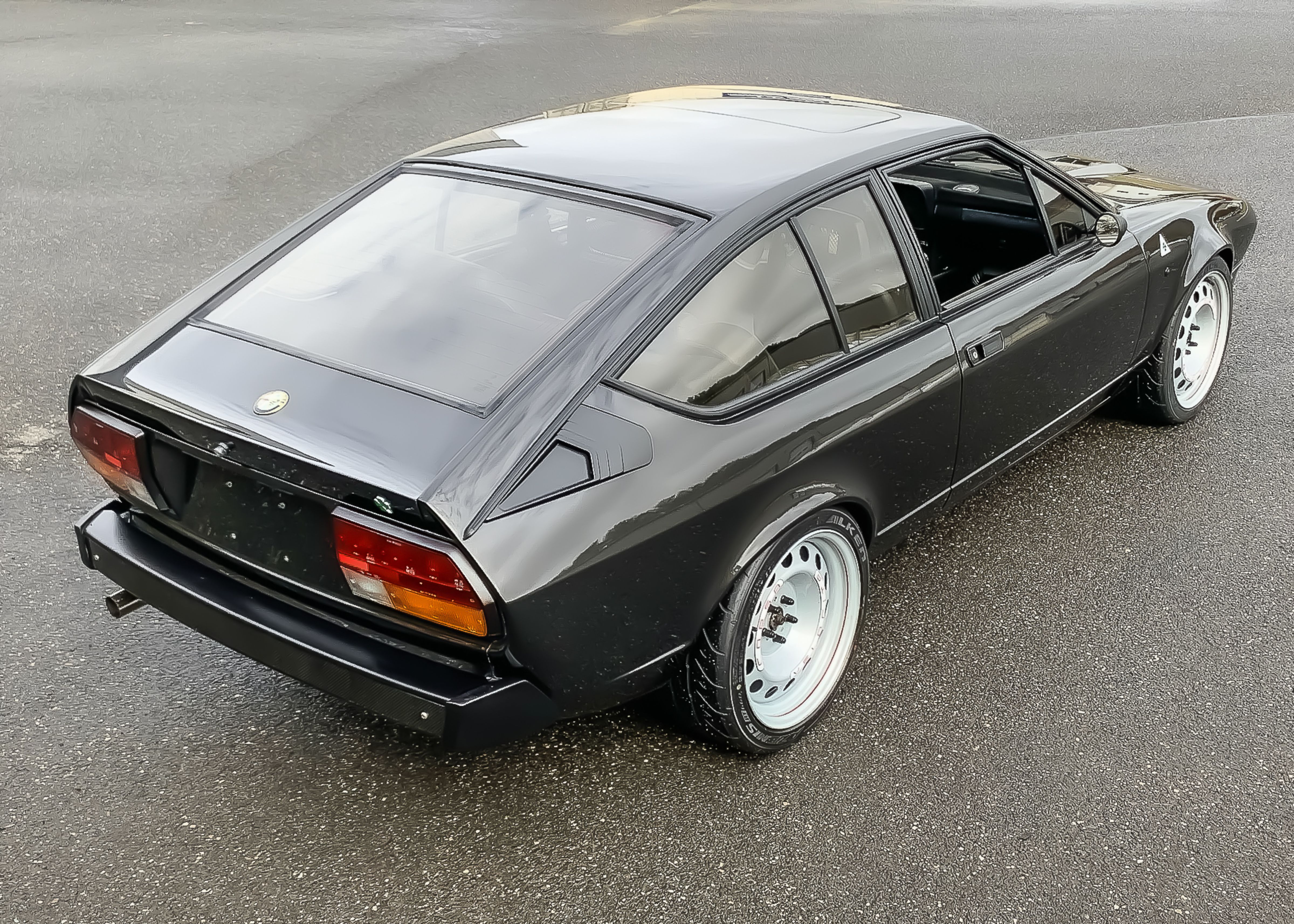 Following the more recent installation of custom-made front and rear bumpers, the car was reportedly refinished in the original shade of Nero Metallico.  This 2.5L model can be identified by its distinctive front hood bulge.  The custom front bumper features an extended lower valence, and the rear bumper, which has been tucked closely to the body, is trimmed in carbon fiber.  Detailed images are provided in the photo gallery along with a clean CARFAX.  Other details include European H4 headlights, aftermarket side mirrors, and traditional Quadrifoglio fender badges.  17” Corsa Velocita wheels were also installed and dressed in new Falken Azenis tires. 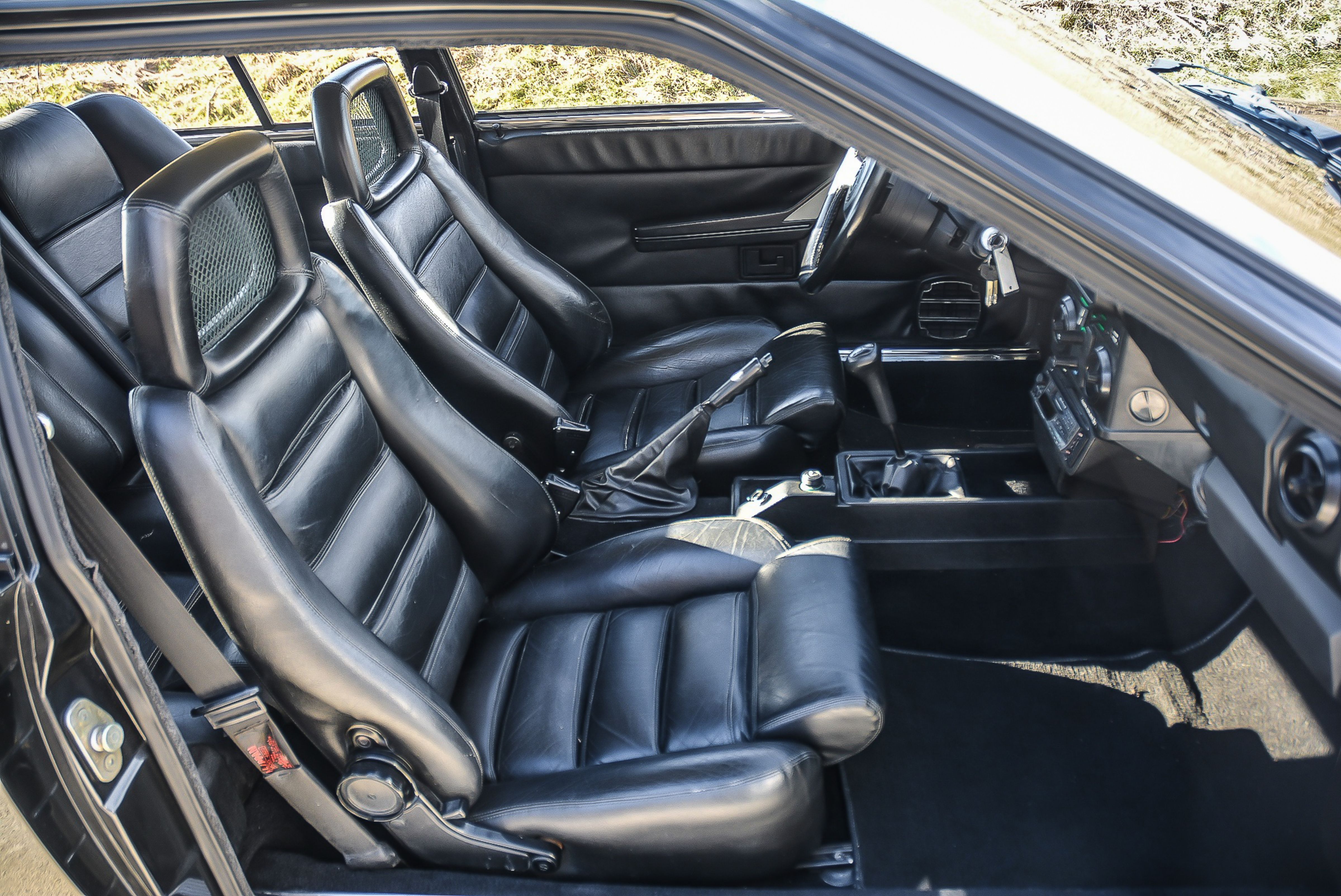 The cabin is trimmed in black and features black leather upholstered seats with mesh headrests.  Other features include a leather-wrapped steering wheel and an Alfa Romeo Cassette radio.  The dashboard is said to have been recently re-covered to alleviate cracking, and the lower inner door panels are also reported to have been refurbished.  A factory optional Tropic air-conditioning system is equipped, which is currently non-functional. 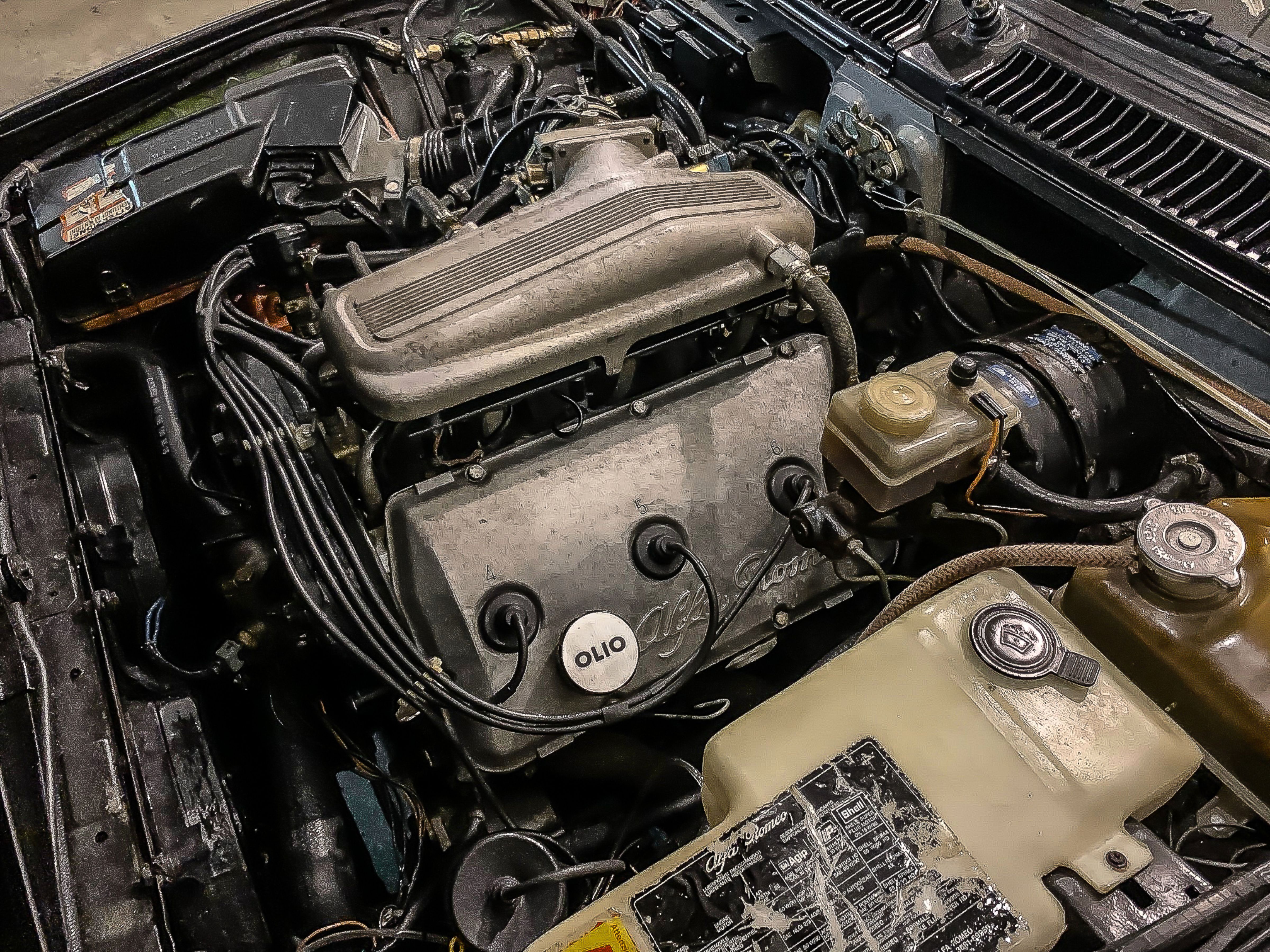 The naturally aspirated 2.5 L V6 SOHC engine features Bosch L-Jetronic fuel injection and was factory rated at an output of 158 HP and 152 lb.-ft of torque.  The rear wheels are driven through a 5-speed manual transaxle and suspension consists of a rear De Dion tube with coil springs all around.  The ride height has been lowered for a more aggressive stance. Since their purchase in April of 2019, the seller has reportedly added approximately 300 miles and has carried out service including a valve, idle, and throttle body position sensor adjustment, new fuel injectors, a cold-start injector, a timing belt, and cover.  The inner hood insulation pad was also replaced along with the windshield washer lines, rear U-joints, and rear brake pads, rotors, and lines.  A driving video is available below. 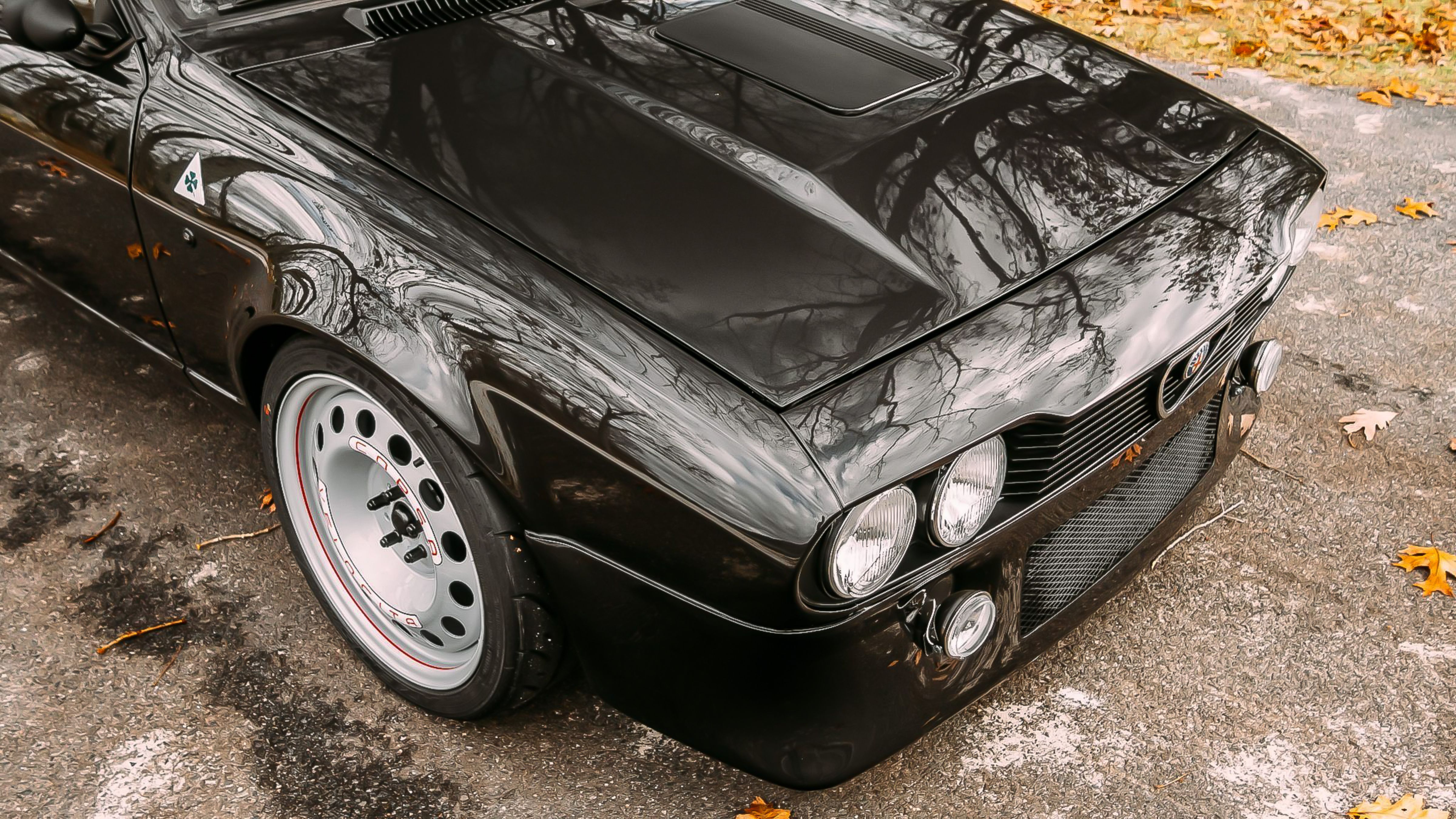 This sale will include a toolkit and a clean Florida title.  This classic fastback coupe represents a significant era in Italian automotive history. With its unique modifications and considerable recent service items, this GTV6 is not to be overlooked.