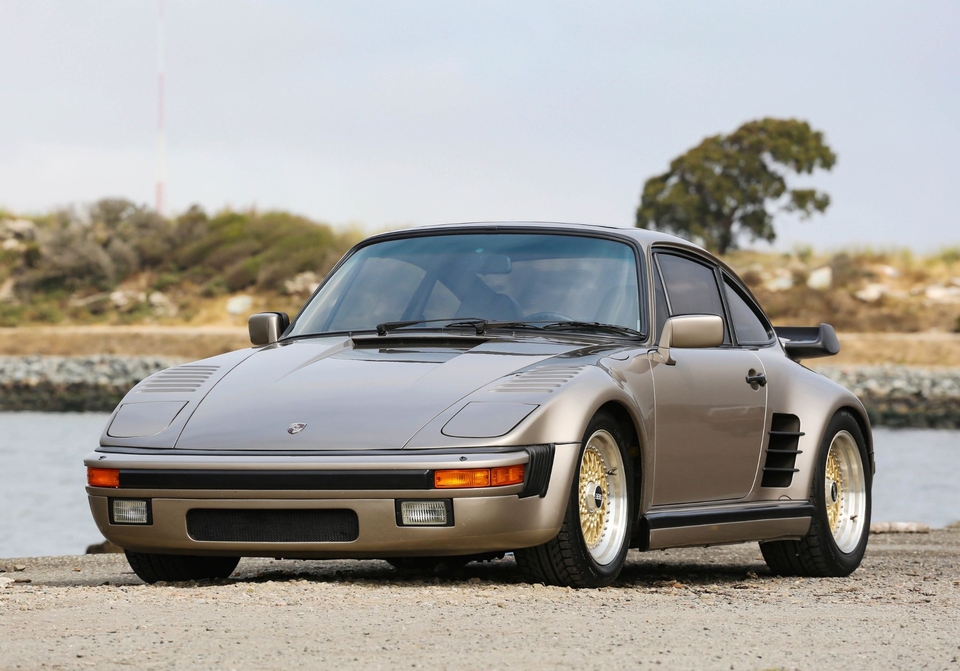 Up for auction is this remarkable 1984 Porsche Carrera 3.2 finished in Platinum Metallic over a black and tan leather interior.  Originally sold in Bremerhaven, Germany, this Euro-spec 1984 example was imported almost immediately to Northern California where its owner commissioned a full steel Slant Nose conversion using all factory components.  Remaining in impeccable condition inside and out, this beautifully executed slant nose Carrera is now being offered for auction showing approximately 32k miles on the odometer. 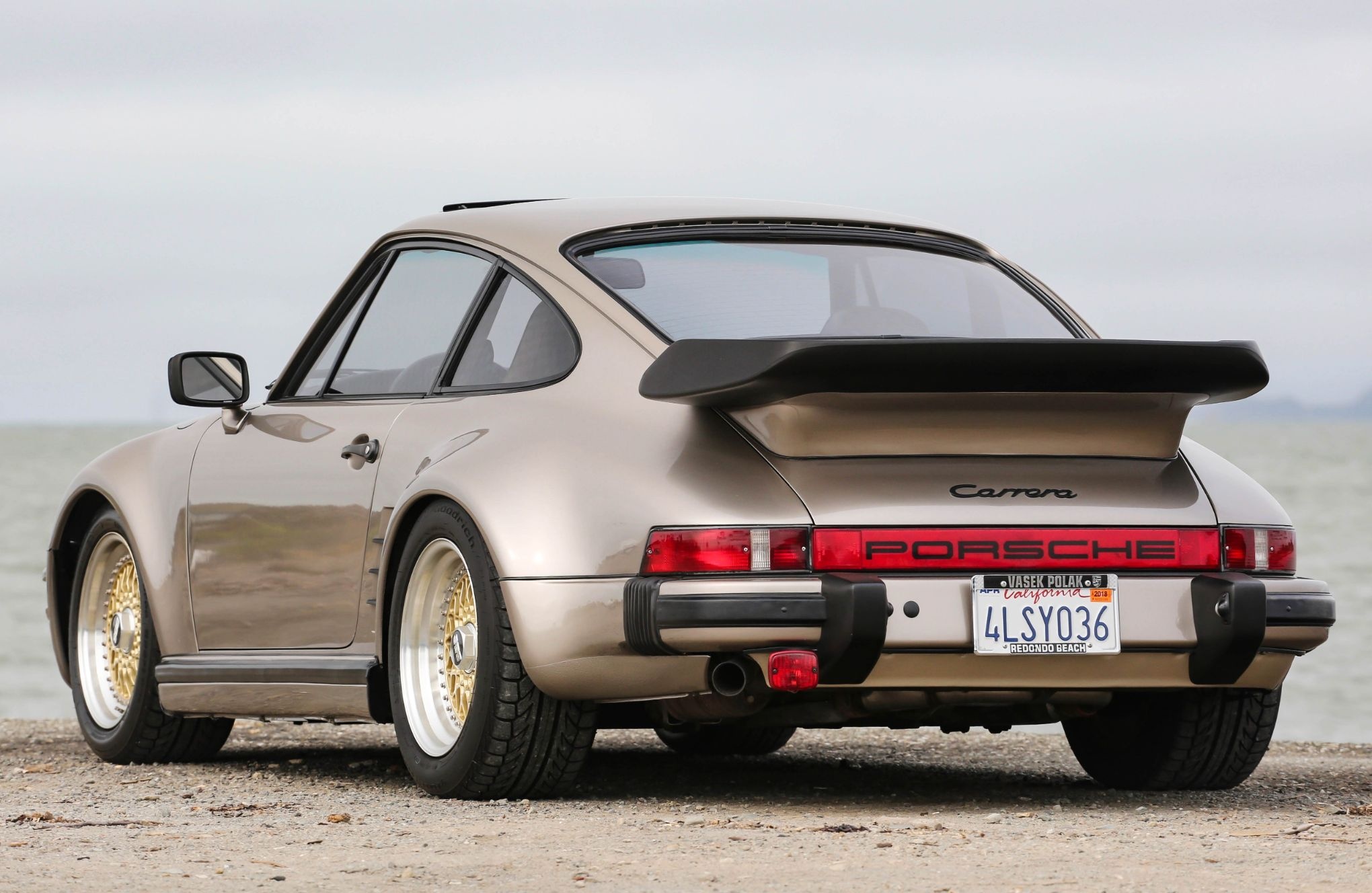 The Platinum Metallic finish is shown to be in excellent condition with some minor signs of road going wear and a small blemish on the cowl, detailed images are provided in the photo gallery.  The factory-style Slant Nose conversion consists of a revised hood, fenders with integrated air vents, pop-up headlights, side skirts, a “tea-tray” spoiler and flared rear quarter panels with side air intakes.  A recent PPI was carried out by a Porsche specialist which confirmed that steel parts were utilized during the conversion and that overall the work gives the appearance that it was done to very high standards.  This Carrera rides on a set of highly sought after period-correct set of three-piece BBS RS wheels which come dressed BF Goodrich performance tires. 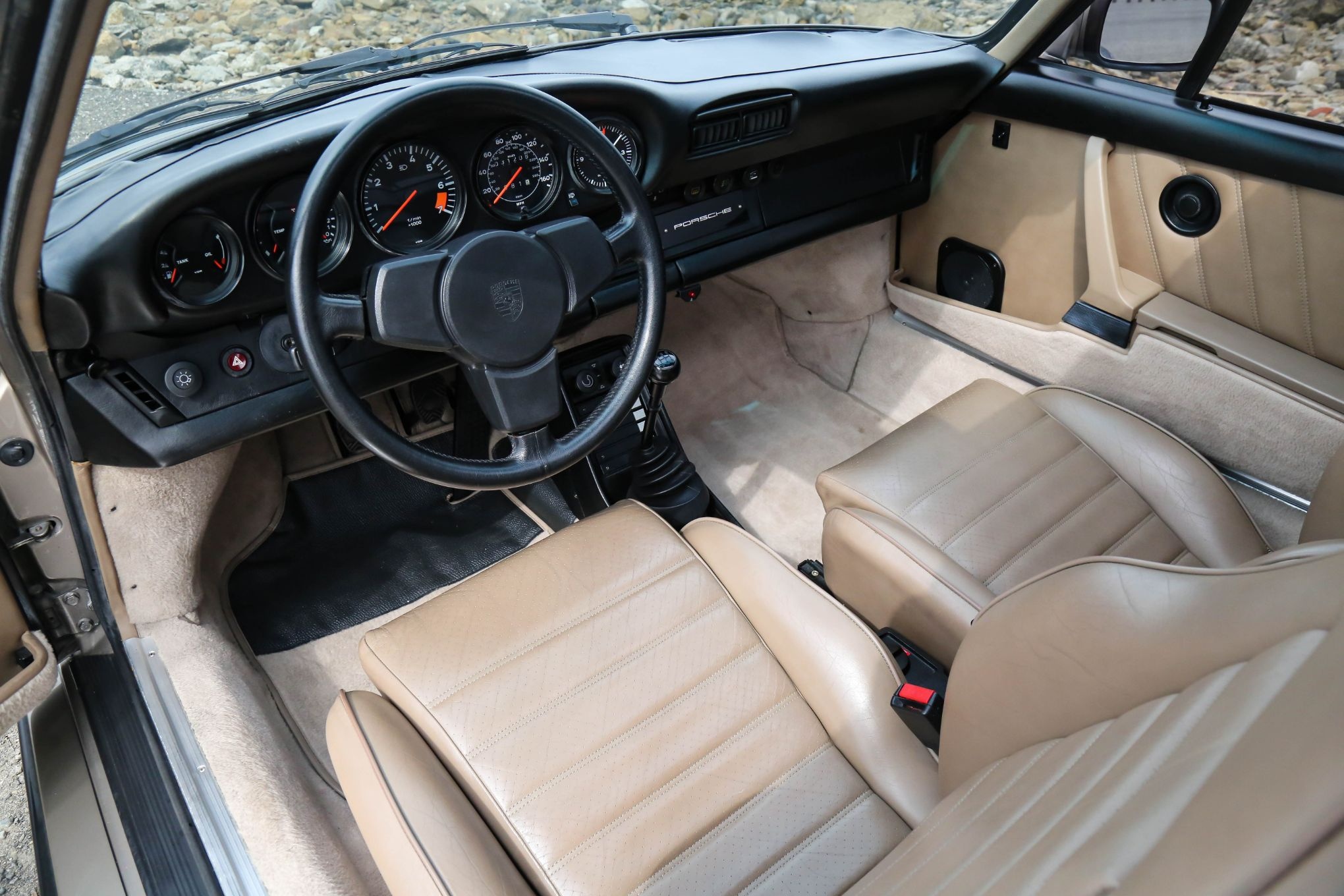 The black and tan leather upholstered interior is stated to remain in fantastic shape for its age. Factory features include a power-operated sunroof, leather Sports Seats, front speakers, an electric antenna, automatic speed control and air conditioning.  The seller notes that a radio delete has been applied with a corresponding cover plate, however all other gauges, electrical components and accessories remain fully functional. 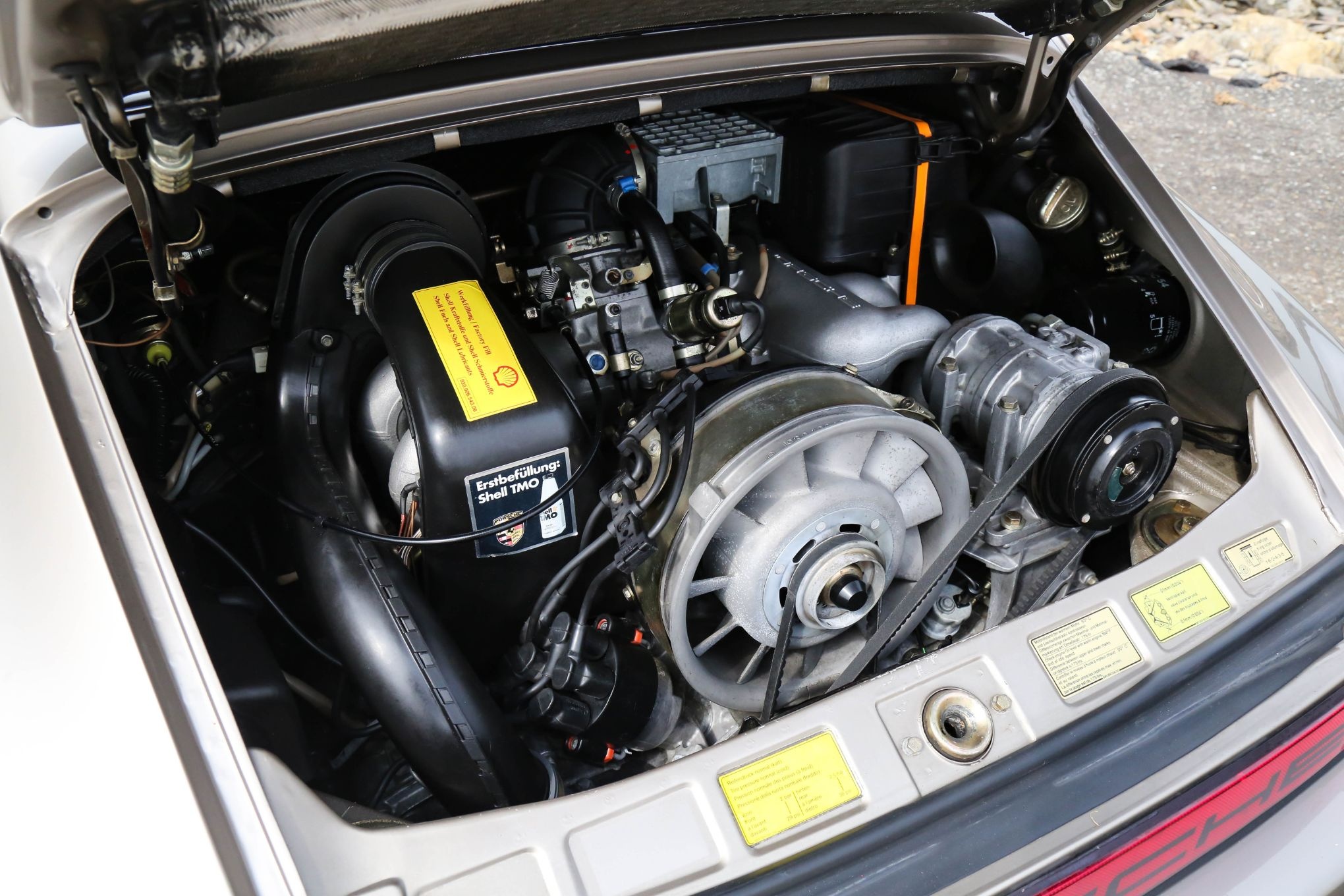 This Carrera is equipped with its original Euro-spec 3.2L flat-six engine.  Rated at 231 HP, this European 3.2L is capable of putting out 24 HP more than its U.S.-spec counterpart.  The rear wheels are driven by way smooth 915 5-speed manual transmission with a factory short shift kit making for a pure and unadulterated driving experience.  In 2017, Hollerans Performance carried out a full service which included fluid and filter changers, a brake fluid flush, a new battery and refinished fan shroud.  Stated to be in excellent driving condition, this Carrera is ready to begin the next stage of its life. 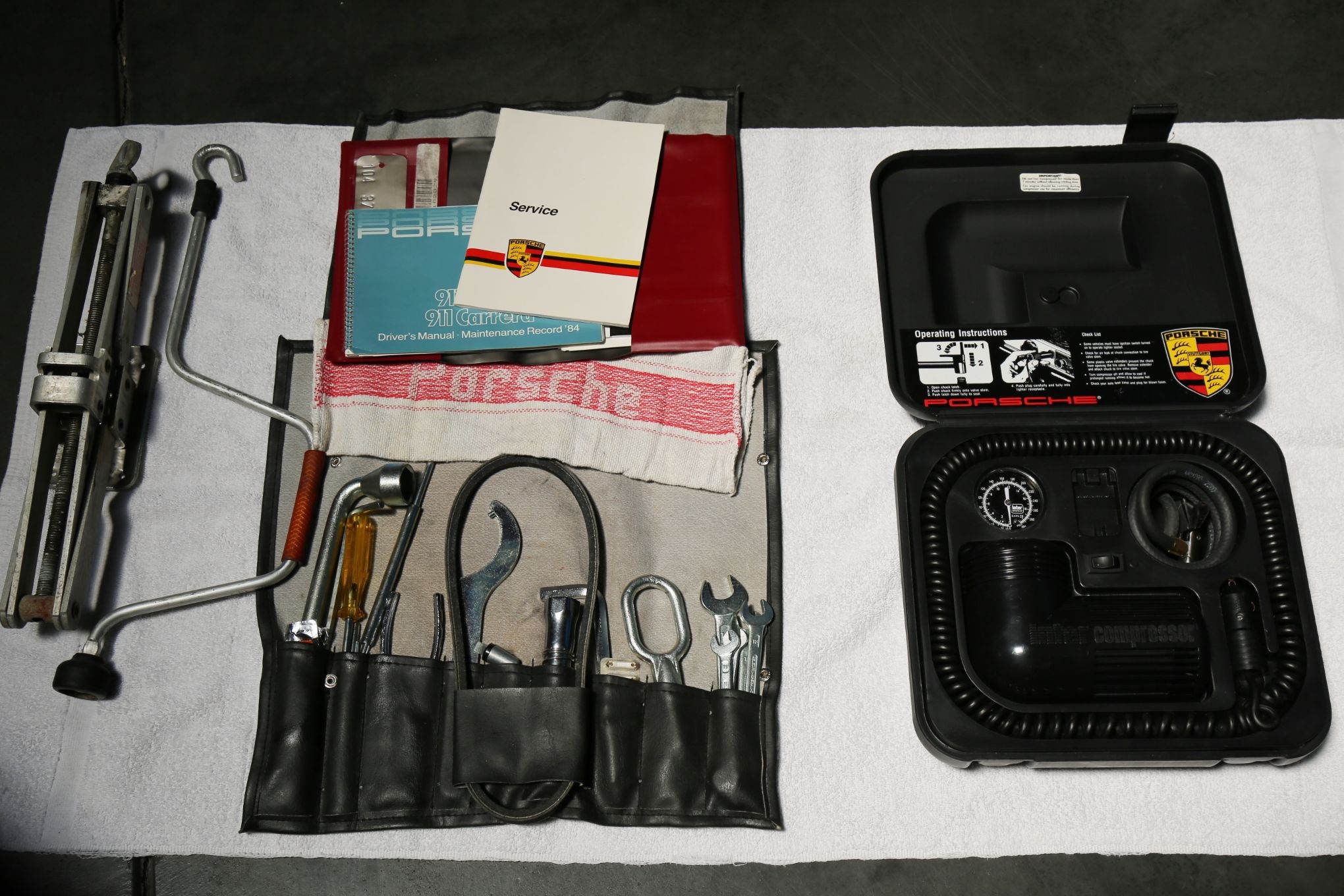 The sale of the outstanding Carrera Slant Nose will include a set of two keys, original books and documentation, an air compressor, jack and toolkit as well as maintenance records and a clean Carfax report.  A truly unique example offered in exceptional overall condition, this high-quality Carrera Slant Nose conversion is not to be overlooked.