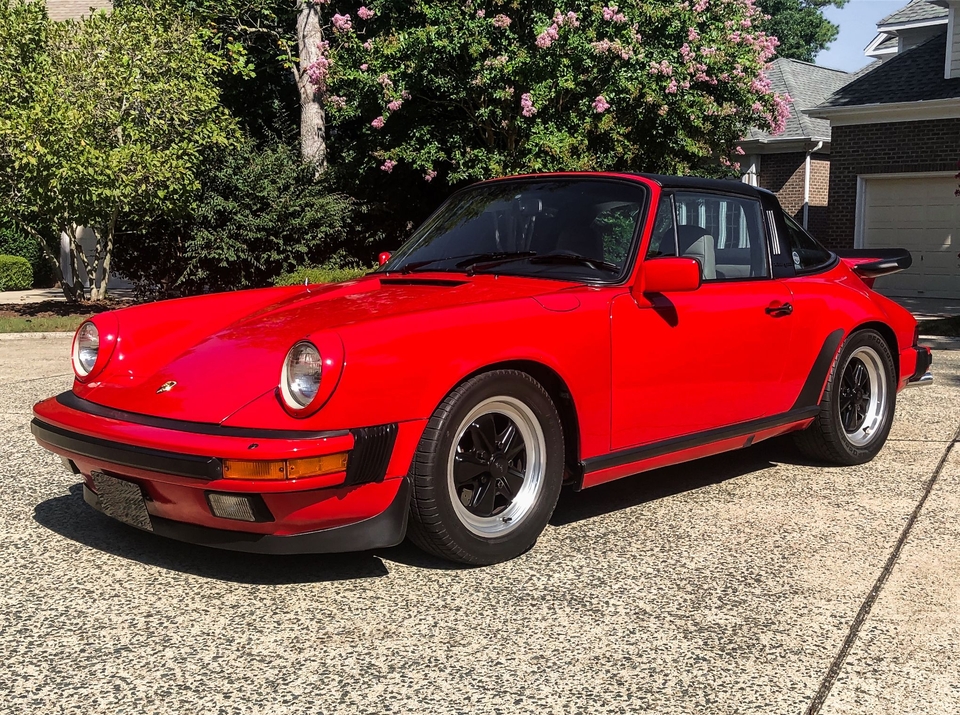 Up for auction is this 1984 Porsche 911 Targa finished in Guards Red over a black and grey leather interior.  With its detachable roof panel and signature roll-over hoop, the Targa remains one of the most iconic Porsche 911 models of all time.  Having earned several awards at local Porsche club events, this 1984 example is said to be beautifully presented with some noteworthy recent service items and cosmetic improvements.  Showcasing enhanced front and rear spoilers as well as a number’s matching drivetrain, this 911 Targa is now being offered for auction displaying approximately 83k miles on the odometer. 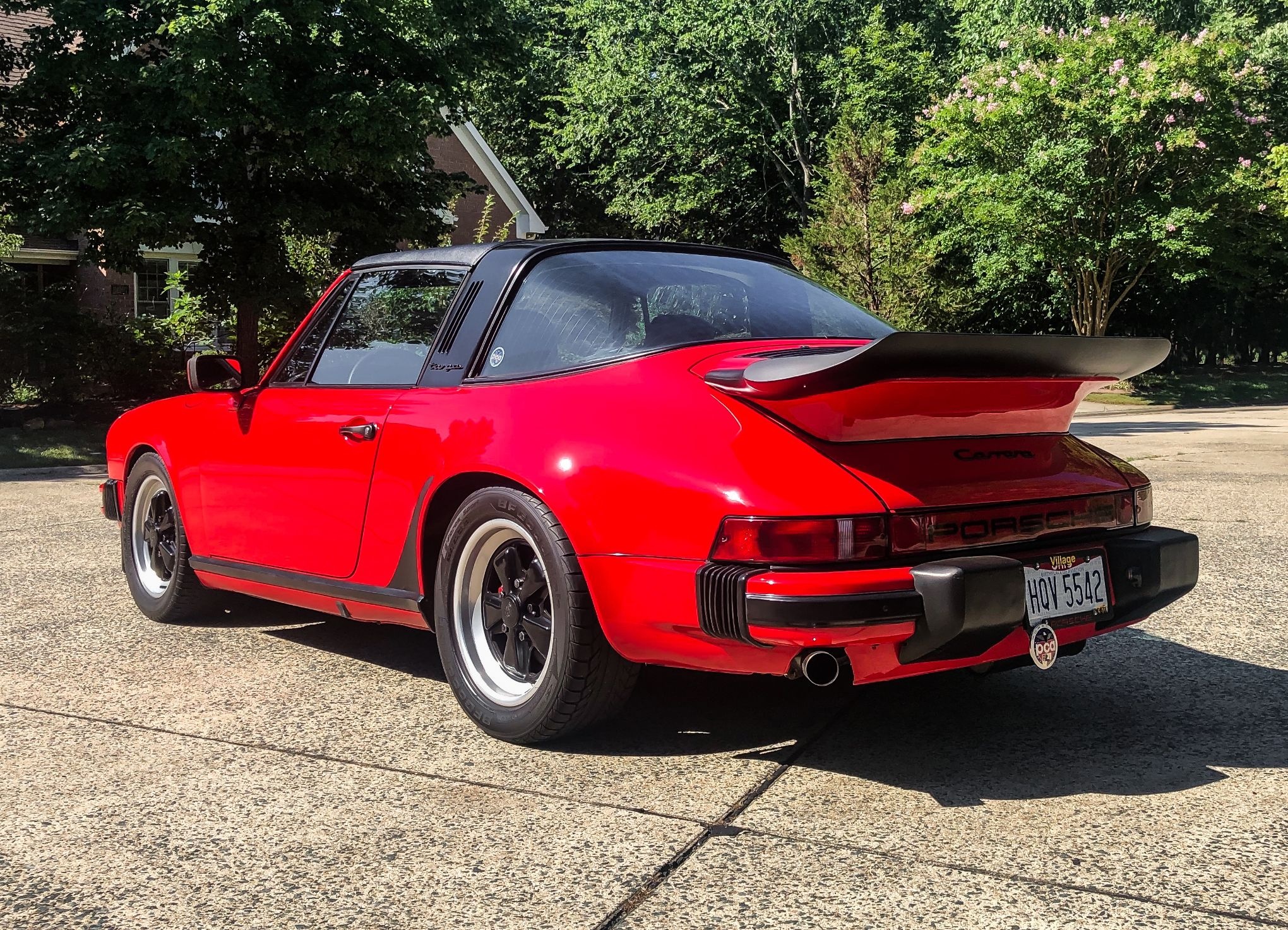 The traditional Guards Red finish is stated to be in excellent condition with a full paint correction and ceramic coating performed in 2019.  A professional glass-out respray is believed to have been carried out under previous ownership, detailed images are provided in the photo gallery.   The window seals have been recently replaced along with the front spoiler and rear stone guards. The Carfax reports shows an accident in 1996, though the seller indicates there are no signs of any issues.  Visual details include a revised front valence and Whale Tail rear spoiler, a black roll-over hoop and black finished 16” Fuchs wheels. 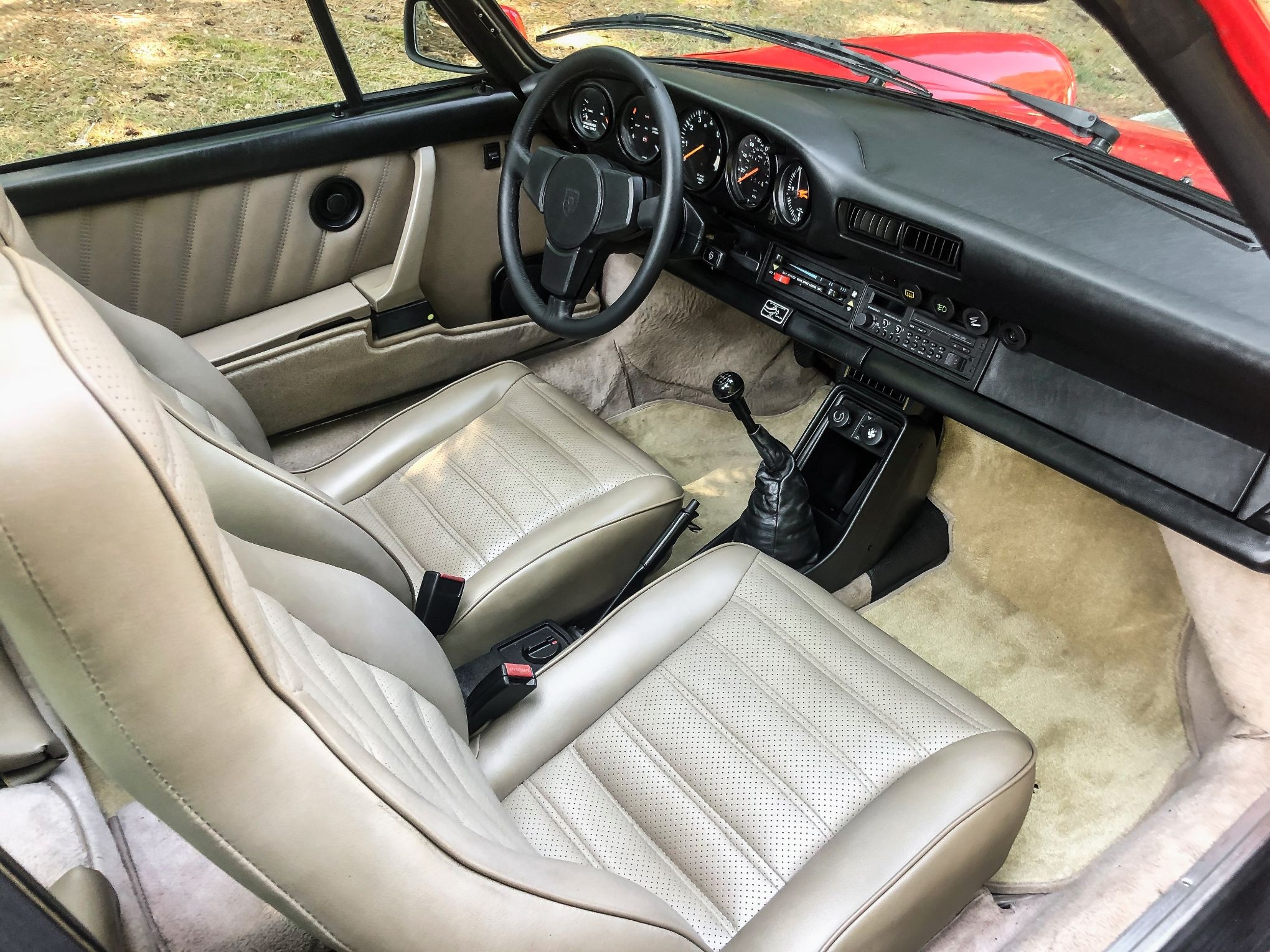 This Targa features a black and grey leather interior which is said to be in great shape with all gauges and accessories remaining fully functional.  The steering wheel has been refinished, the Targa top was recently refurbished and both front seats are said to have been reupholstered under previous ownership.  The seller indicates that the air conditioning system has been fully recharged and serviced with all new lines and an upgraded evaporator.  A new Blaupunkt SQR 46 DAB radio is currently installed, although the original SQR 23 radio will also be included. 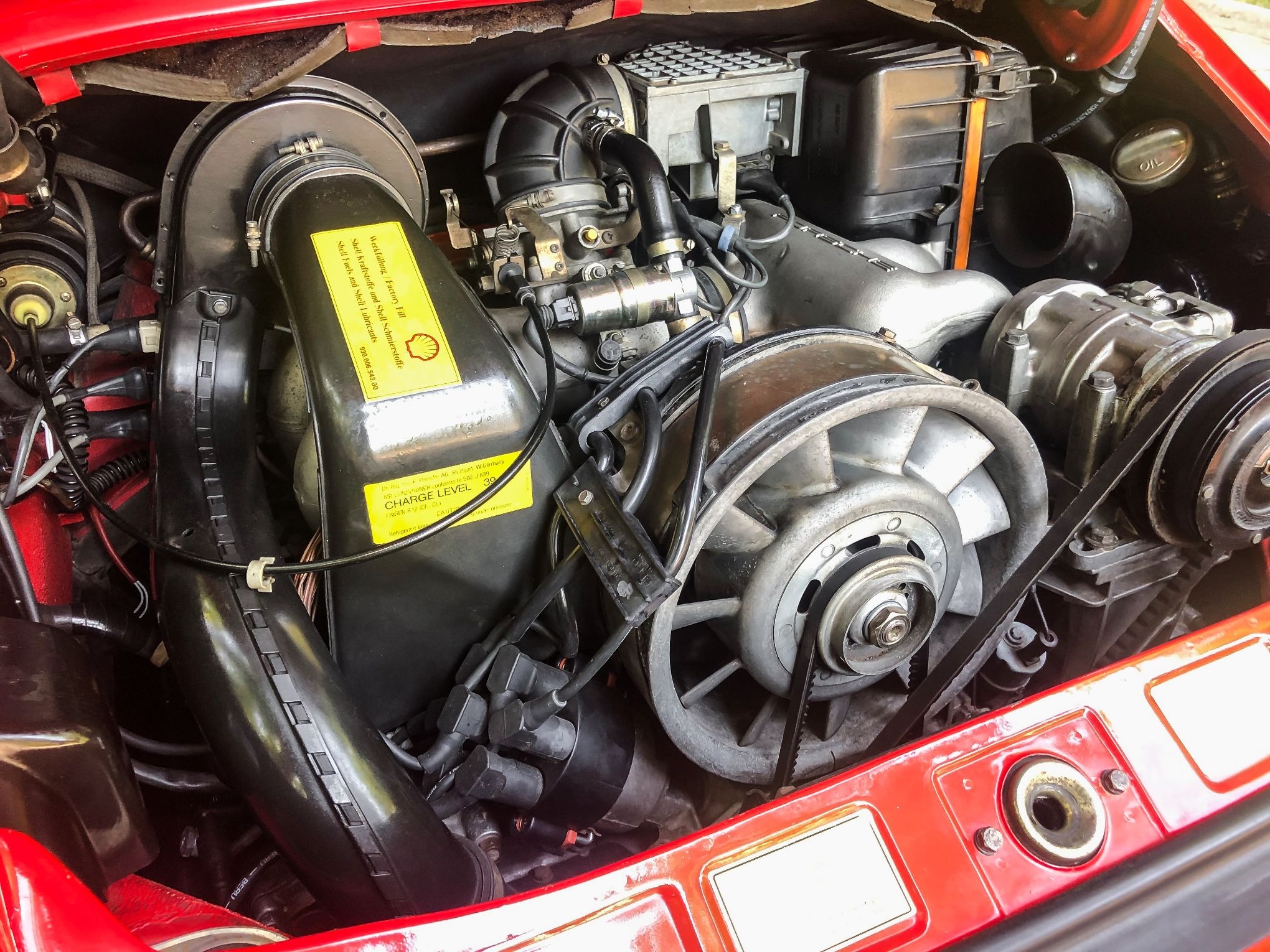 This 911 carries its original air-cooled 3.2 L flat-six engine which sends 195 HP to the rear wheels by way of a number’s matching 5-speed manual transmission.  A Steve Wong performance chip has been installed in addition to a cat-bypass pipe and Bursch muffler, however the factory exhaust components will be included in-sale.  A recent full service was carried out which included the following items:

Other noteworthy service items include a new clutch cable and clutch transmission retainer, fully rebuilt shift linkage and a rebuilt pedal box with bronze bushings.  The transmission fluid and engine oil have been recently changed and this Targa is said to be in very nice driving order. 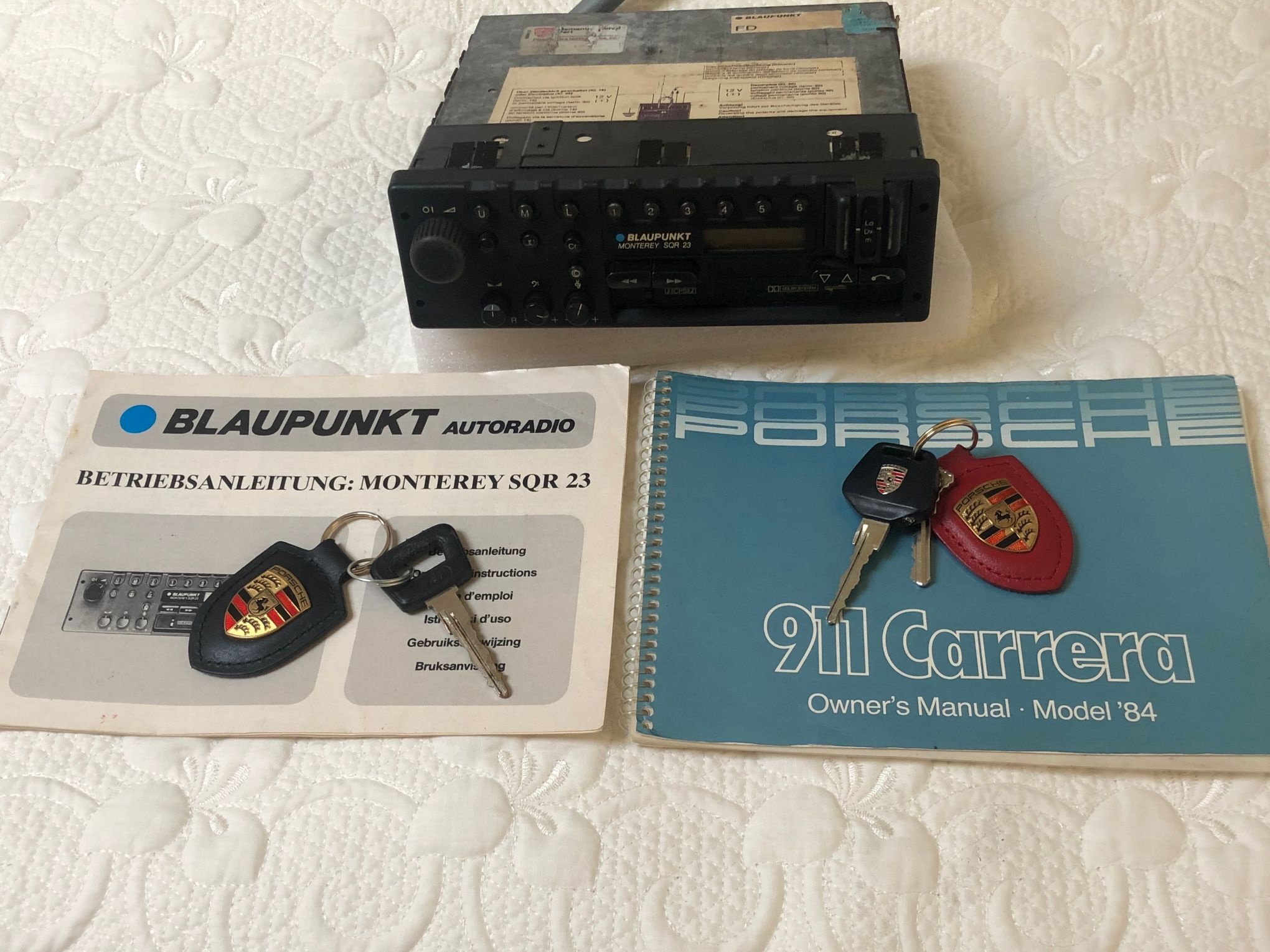 The sale of this Targa will include a set of two keys, owner’s books, service records, tools, the original radio and spare parts.  If you’re a dedicated Porsche enthusiast in search of a vintage air-cooled 911, this Targa may just be the one.