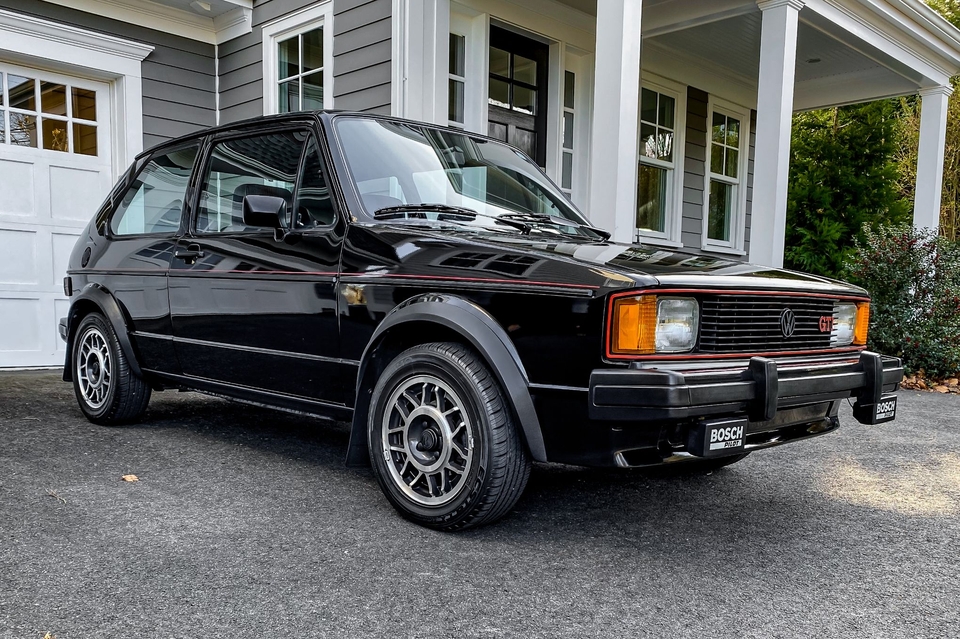 Up for auction is arguably one of the best-preserved Volkswagen MK1 GTI’s left in existence.  This 1984 Rabbit GTI was originally sold at Cortland Foreign Motors in New York before spending some time in Maryland and eventually finding its way to its current owner in Connecticut.  Considered to be among the most iconic vehicles of its era, the Rabbit GTI provided a basis for the hot hatchback sensation that continues to this day.  It is now being offered with 78,091 miles shown on the odometer while remaining in absolutely pristine, highly original condition. 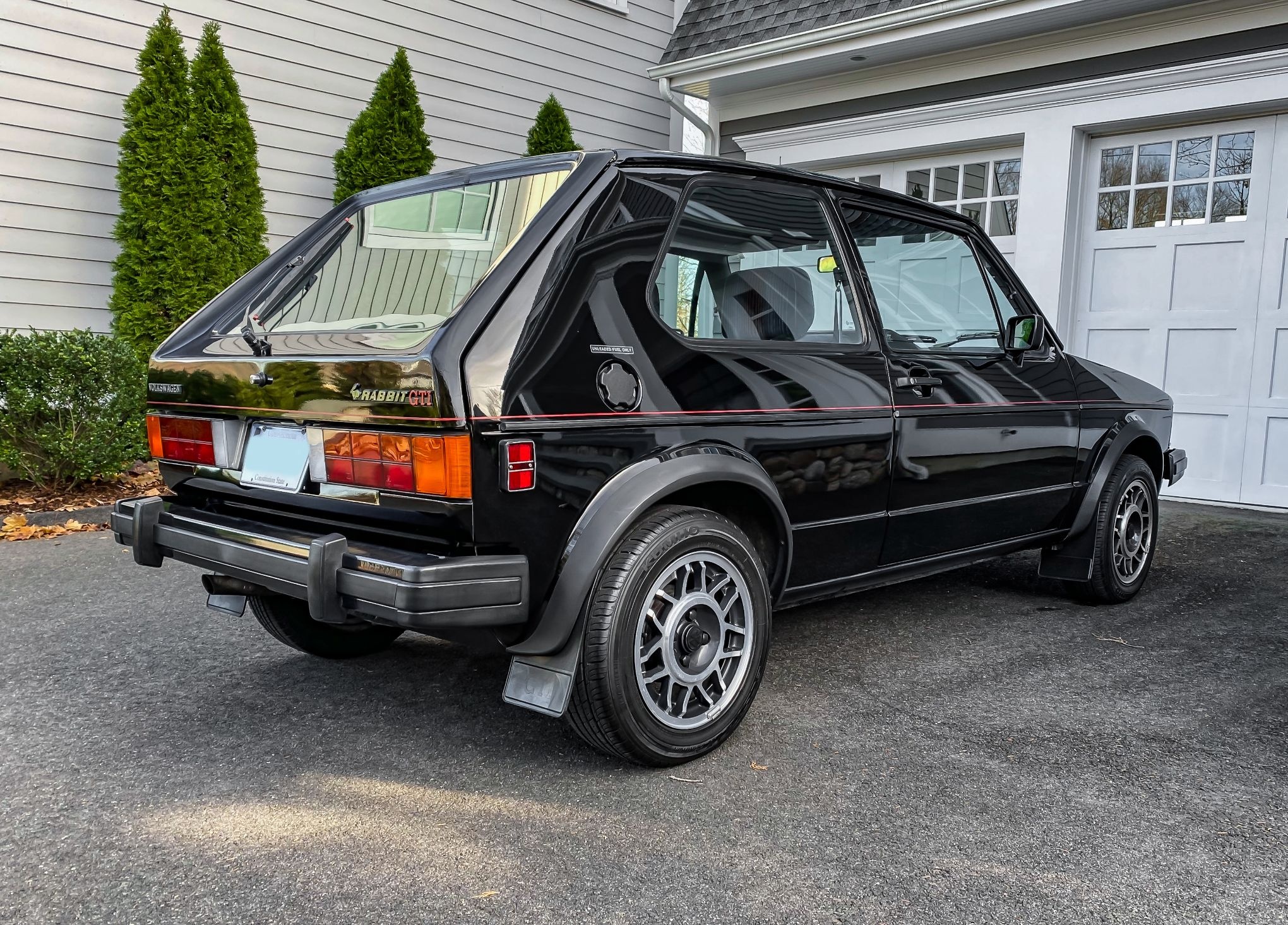 The exterior is finished in Black (L041) with black impact bumpers and fender flares. The paint is said to be in very nice original condition with a recent paint correction and ceramic coating treatment.  A slight burn can be seen in the finish on the left side of the rear hatch and paint meter readings are provided in the photo gallery.  The seller indicates all glass windows to be factory original as shown in the provided images. Bosch fog lights and mud flaps were installed by the dealer when new and are listed on the original bill of sale.  This example features a highly sought-after sunroof delete and GTI-specific equipment including a chin spoiler, a red-framed grille, black window trim, and a rear wiper with a washer. Factory 14" snowflake wheels feature black Volkswagen center caps and are dressed in 185/60 Kumho Ecsta LX-Platinum tires which are dated from 2008. 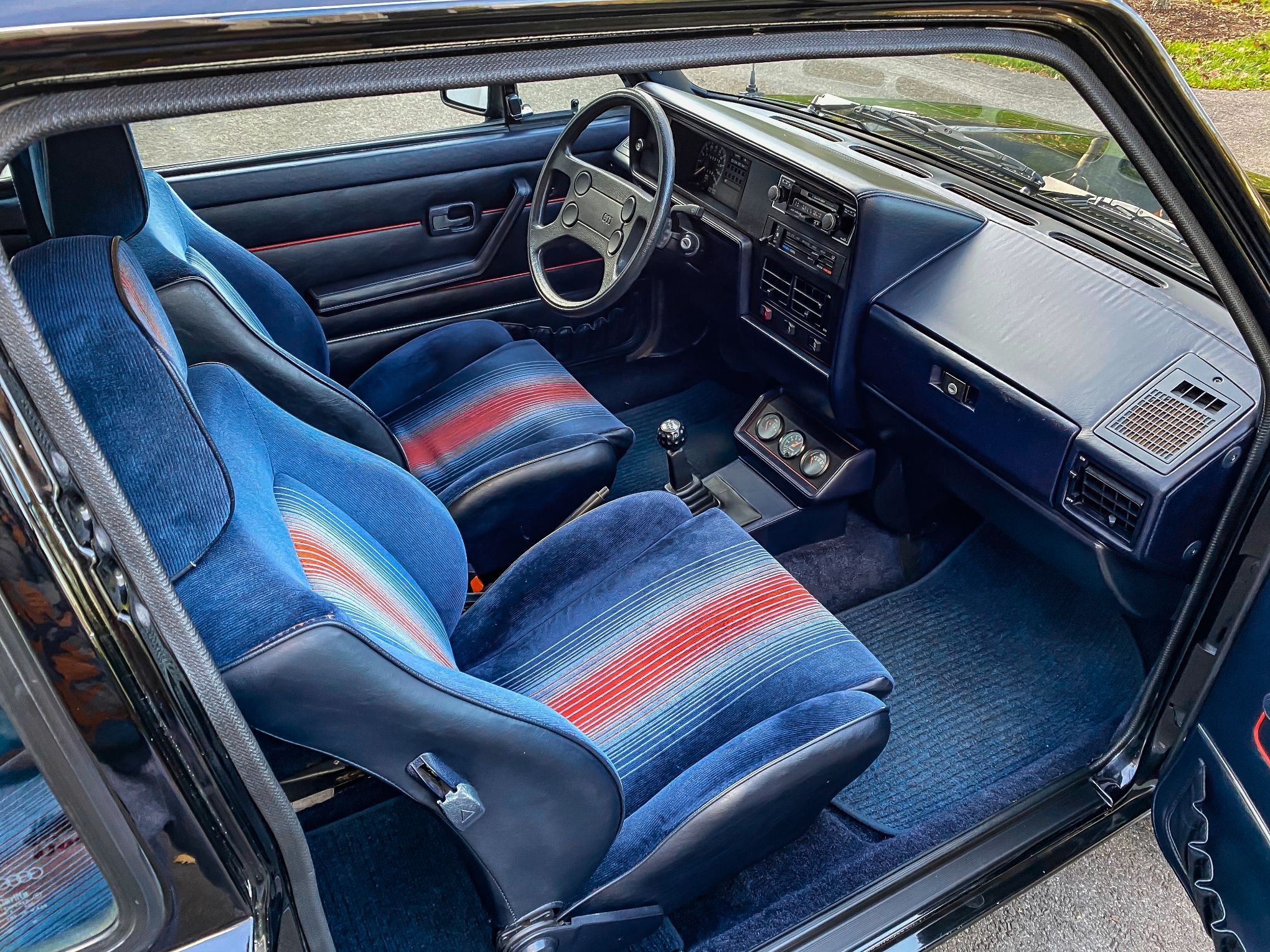 The interior is appointed in Midnight Blue fabric with red-stripe accents, along with matching blue carpets and vinyl door panels.  The GTI features a four-spoke sport steering wheel and a distinctive golf-ball shift knob.  Additional amenities include air conditioning, vent windows, a rear-window defroster, and a Blaupunkt cassette stereo. The window sticker indicates initial delivery to Cortland Foreign Motors and lists the factory options as well as a total price of $9,445.  All gauges and accessories are said to be working properly including the air conditioning. 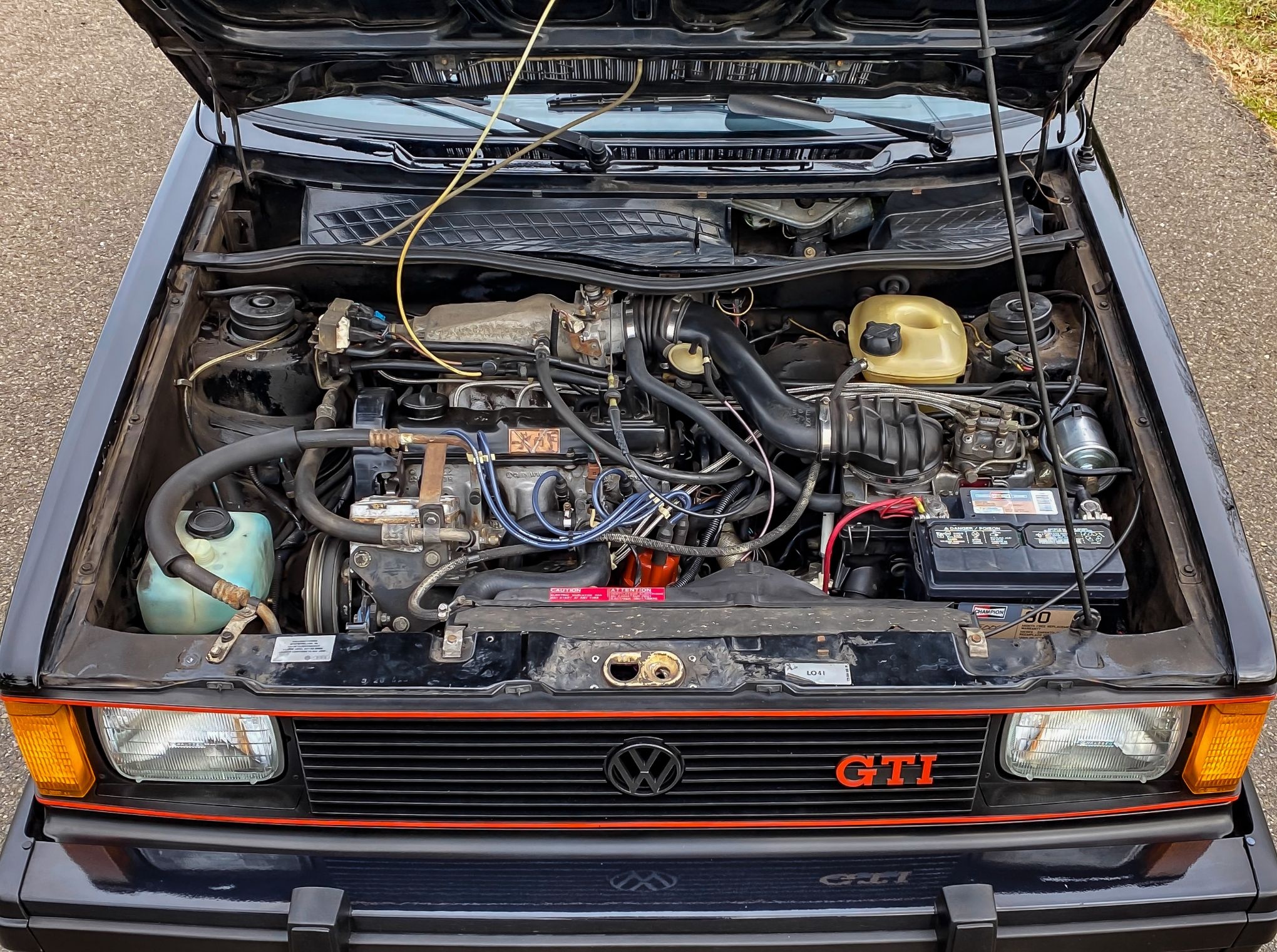 This MK1 is powered by a 1.8 L inline 4-cylinder engine that sends approximately 110 HP to the front wheels by way of a 5-speed manual transmission.  Standard equipment for the GTI also includes ventilated front disc brakes and a sport-tuned suspension with front and rear anti-roll bars.  Proper upkeep has been observed throughout the lifetime of the car including a recent full service in 2020 which included a new OEM muffler and front axle seal.  Service records are included dating back to the original purchase and the camshaft is reported to have been replaced at 60k miles. 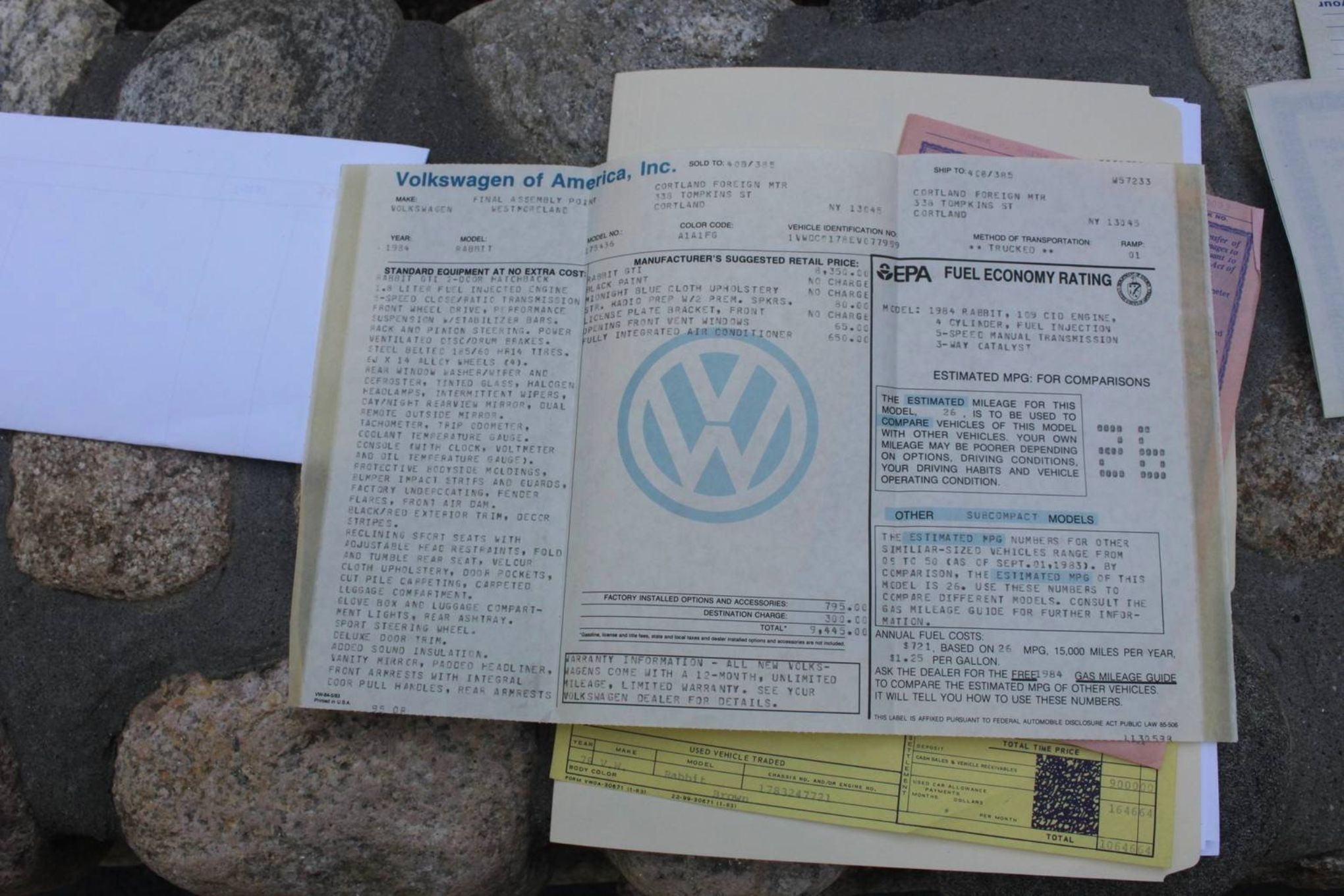 This sale will include a set of 3 keys, owner’s manuals and factory literature, a toolkit, spare tire, the original window sticker, build sheet and purchase order, vintage VW matches, and bill of sale. For any avid European car collector, this exceptional MK1 GTI is not to be missed.