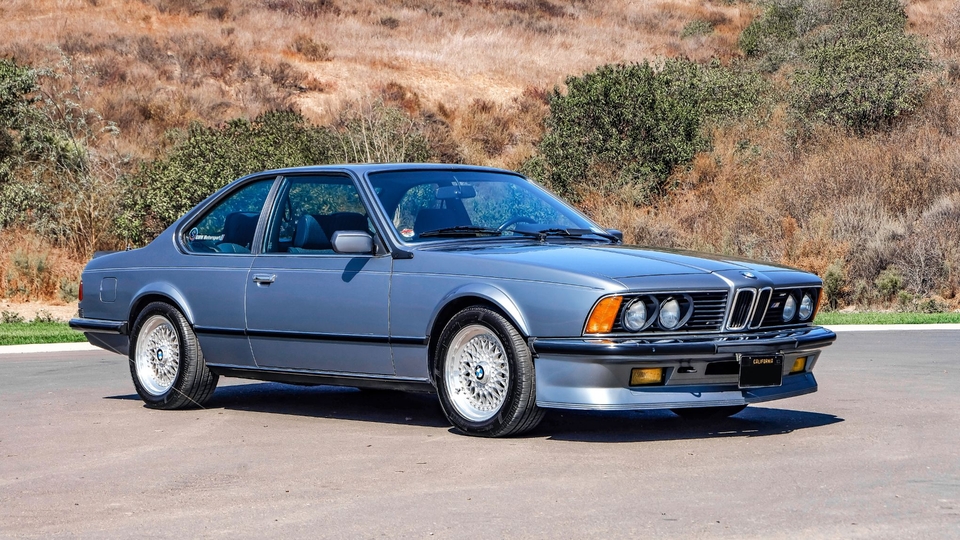 We are pleased to present this ultra-rare, German Market, 1985 BMW E24 M635CSi finished in a special order “Cosmosblau” metallic paint over a Pacific Blue Houndstooth interior.  Signifying the early beginnings of the M6 lineage, this M635CSi was offered as the ultimate high-horsepower E24 model with a 3.5L “M1” derived engine.  Likely the finest surviving example left in the world, this rare and highly original M635CSi is now being listed for auction by its seller in California accompanied by original delivery items as well as all period sales brochures, color charts, option booklets, and tourist delivery package material.

The specially ordered "Cosmosblau" metallic paint was only offered on European Market cars for 2 years, from 1984 to 1986.  It is considered by many enthusiasts to be one of the most sought after and beautiful colors offered by BMW.  The seller has indicated this example to be in absolutely impeccable original condition (detailed images are provided in the photo gallery).  Some noteworthy highlights include yellow Enduro fog lamps and 16” 2-piece BBS wheels that come dressed in new Pirelli tires installed within the last 250 miles. 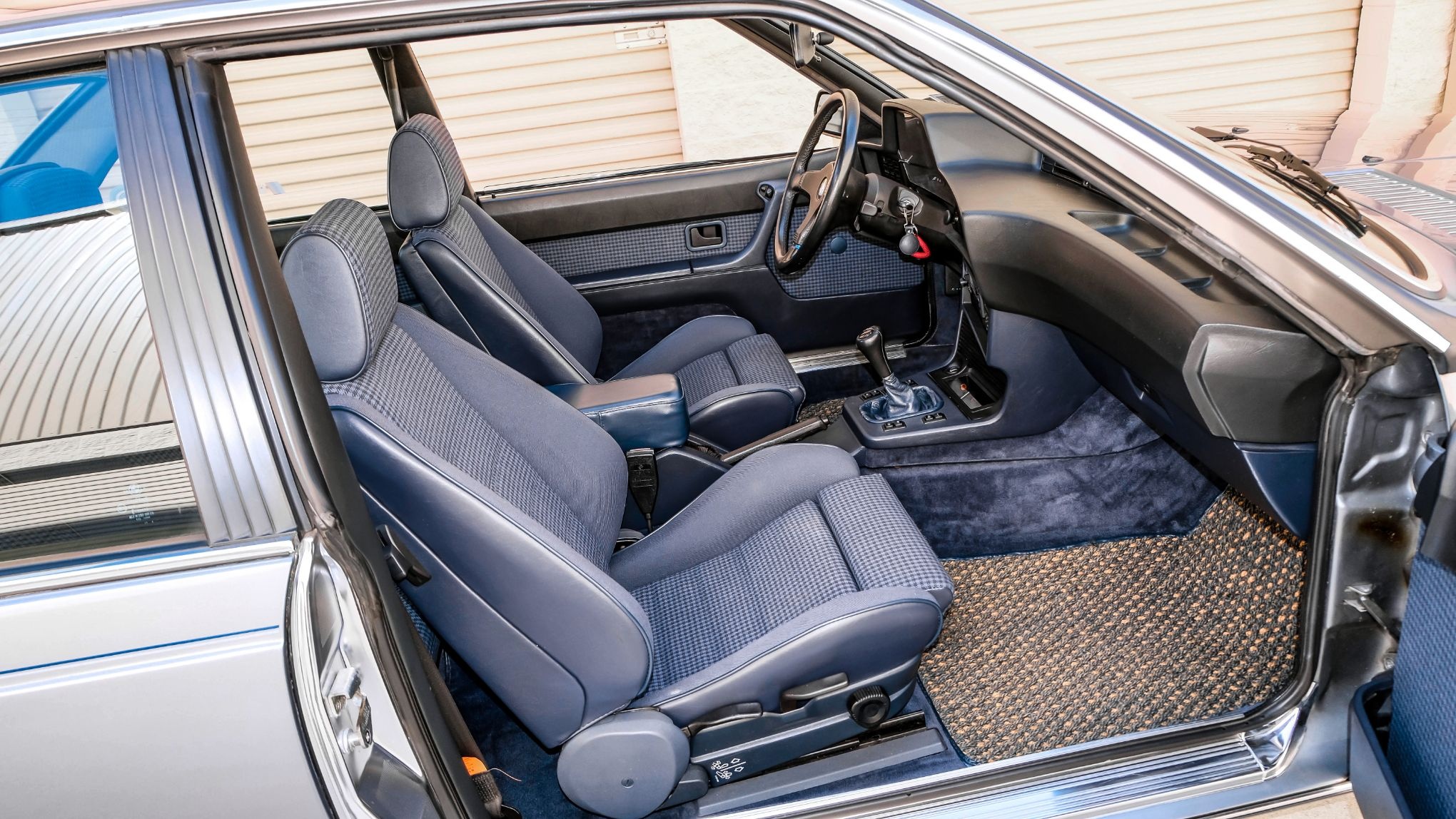 Inside, this M635 is configured in Pacific Blue with Houndstooth upholstery. The interior is reported to be in outstanding condition with all of the original specifications retained.  Factory options selected for this example include a headlight washing and cleaning system, heat-insulated glass, a power-operated multi-position roof, rear headrest system, air conditioning, and velour floor mats. 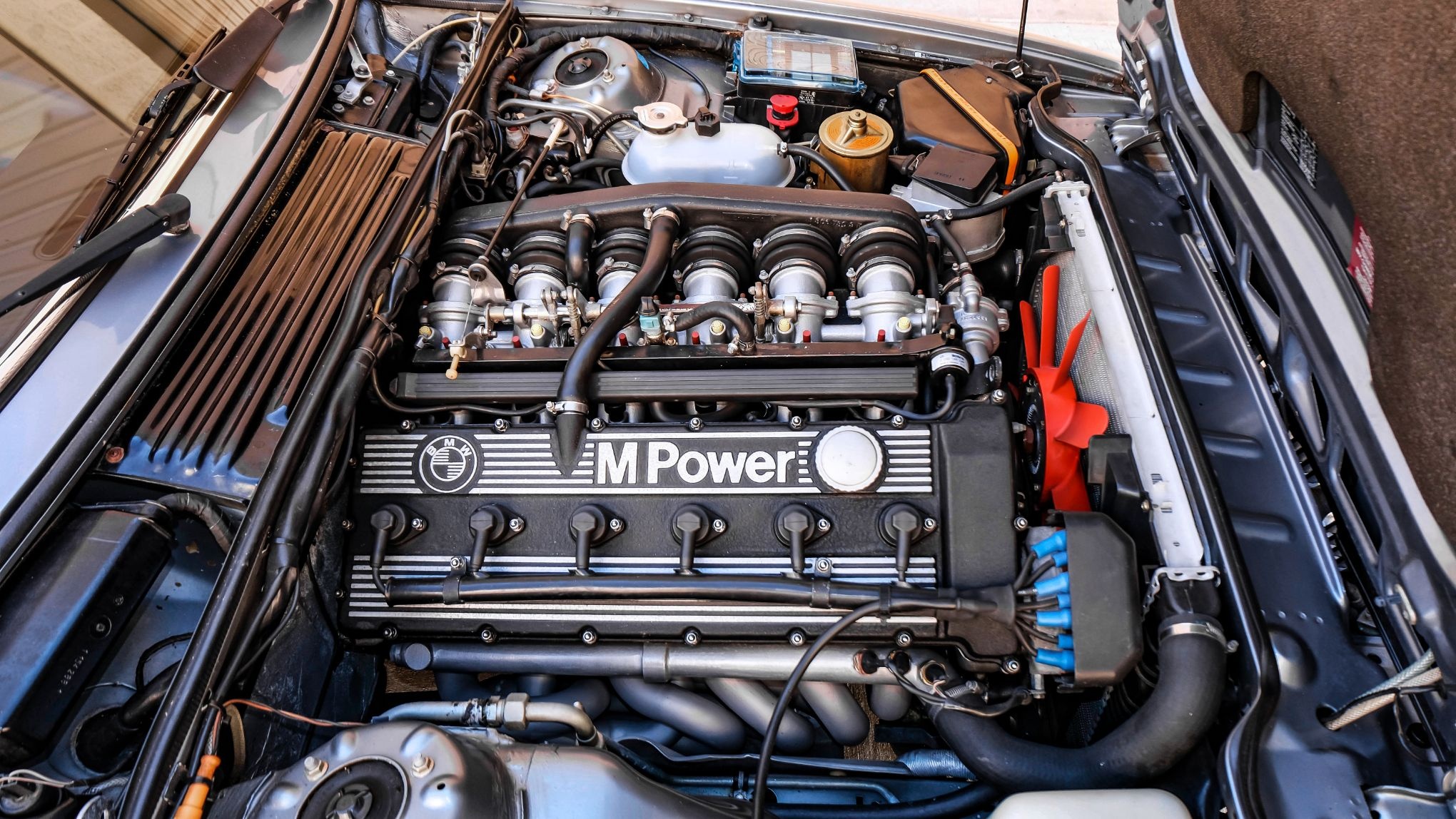 One of only 3,283 LHD non-catalyst "Euro" M635CSI models produced between December of 1983 and December 1988, this E24 is equipped with an M1-derived type M88/3 3.5L I6 engine.  286 HP is delivered to the rear wheels through a 5-speed Getrag type 280/5 manual transmission.  A BMW Authenticity Heritage Certificate indicates the vehicle to be matching numbers and a major service has been recently performed at a cost of approximately $6k to maintain excellent running order.

The original owner of this BMW wanted an original, pure “German” market version of the E24 and specially ordered the car under BMW’s “Tourist Delivery” program.  All of the original records and documents for this remain with the vehicle.  The order and configuration details were submitted in September of 1984 and approved later that month.  BMW internal records state the car was completed on November 2nd and delivered to Kohl Automobile GmbH, their official distributor in Aachen, Germany.  (Even today, the original "Kohl Automobiles” dealership decal remains affixed to the glass of the car.) 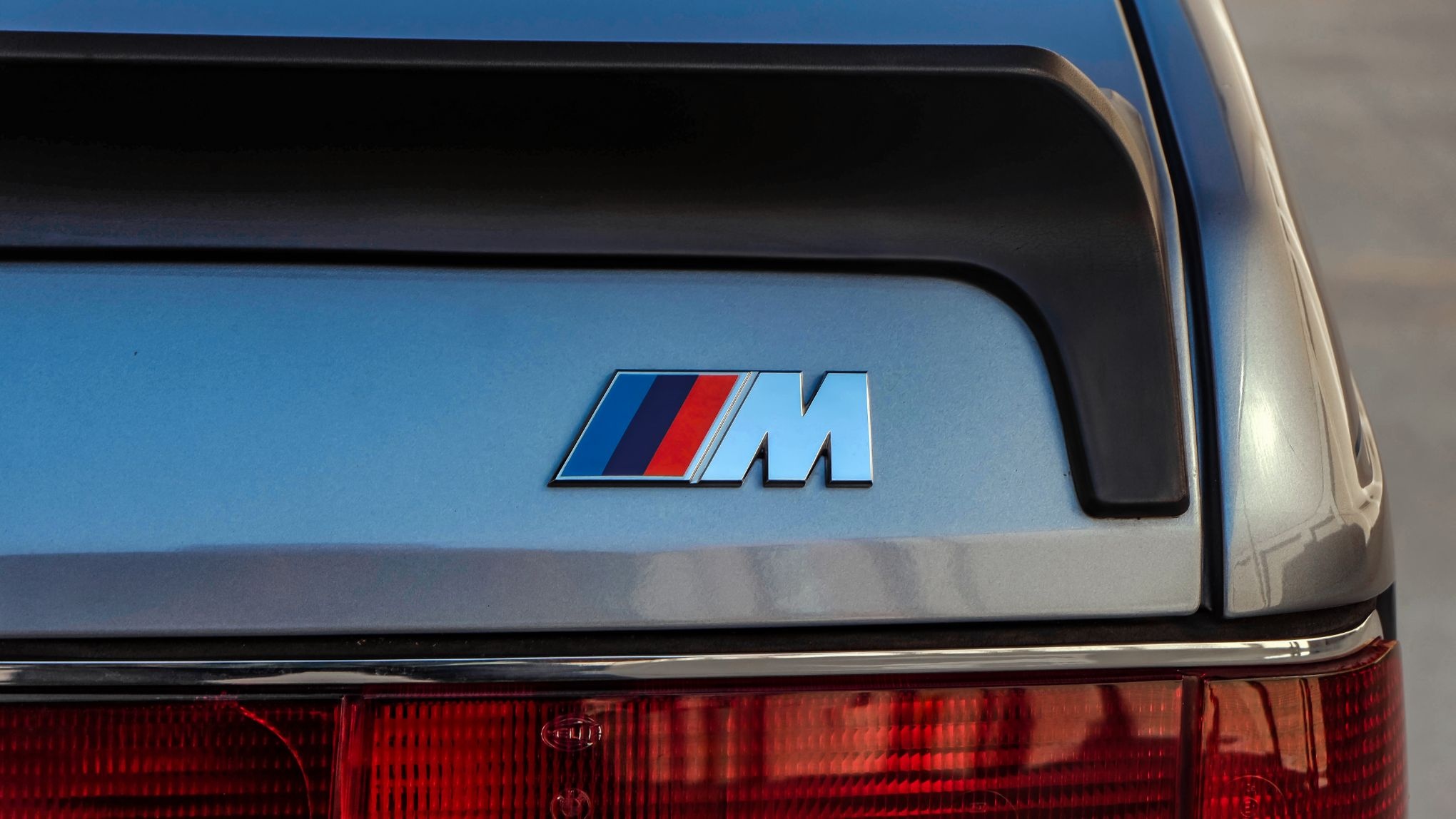 The original owner took delivery of the car at Kohl Automobile and enjoyed it on a personal holiday.  His purchase included temporary road-registration and insurance for six months.  Upon completion of his holiday, the car was returned to Kohl Automobile where it was serviced and detailed prior to shipping to the port of Baltimore where it cleared customs and most importantly was exempted from EPA and DOT requirements under the now obsolete “Personal Goods Exemption” rule for a used vehicle owned outside “CONUS” (Continental United States.)  By using this “loophole” rule, this very fortunate BMW escaped being Federalized with modifications to the body and drivetrain.  It is believed to be one of just a handful that came new to the United States in this manner.  To date, no others have been actually identified and the seller indicates that this may be the only surviving example.

This sale will include a set of 2 keys, period sales brochures, color charts, option booklets and tourist delivery package material as well as BMW COA.  For any collector of the BMW marque, this indelibly well preserved M635CSi represents a very special opportunity.