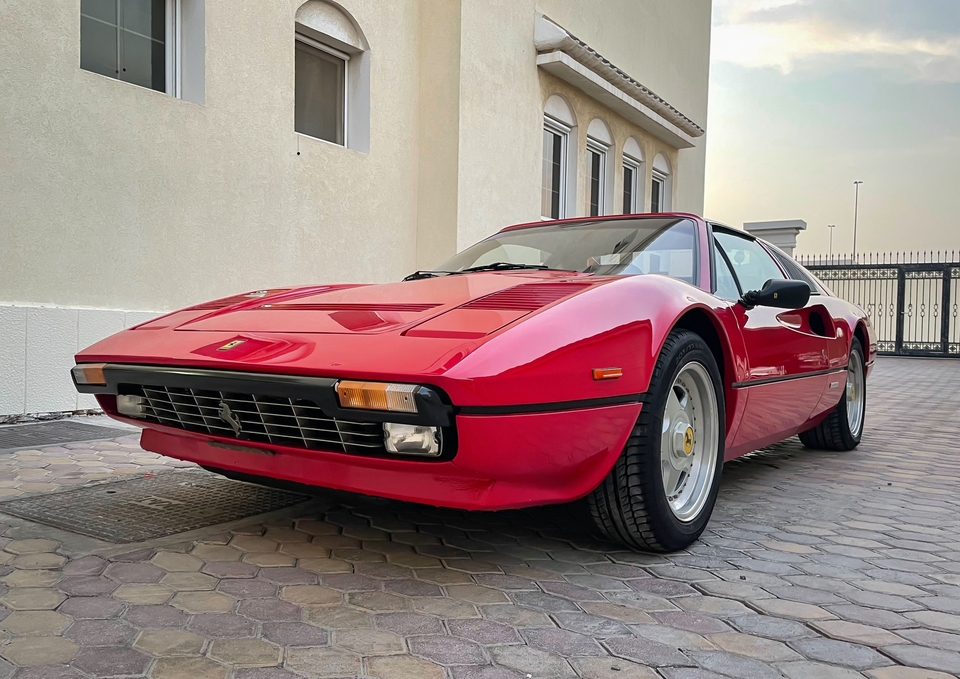 Up for auction is this 1985 Ferrari 308 GTS Quattrovalvole finished in Rosso Corsa over black leather.  This European-spec 1985 example was imported from Japan in 2016 by its current owner in the United Arab Emirates.  It was never registered for road use and the seller reports it to have been kept in storage and used for display purposes ever since.  A major engine-out service was also performed in recent years including replacements of the timing belt, tensioners, gaskets, and water pump.  One of the most iconic sports cars of the 1980s, this 308 shows approximately 43k kilometers (27k-miles) on the 5-digit odometer and is now being offered for auction by its seller out of the U.A.E. 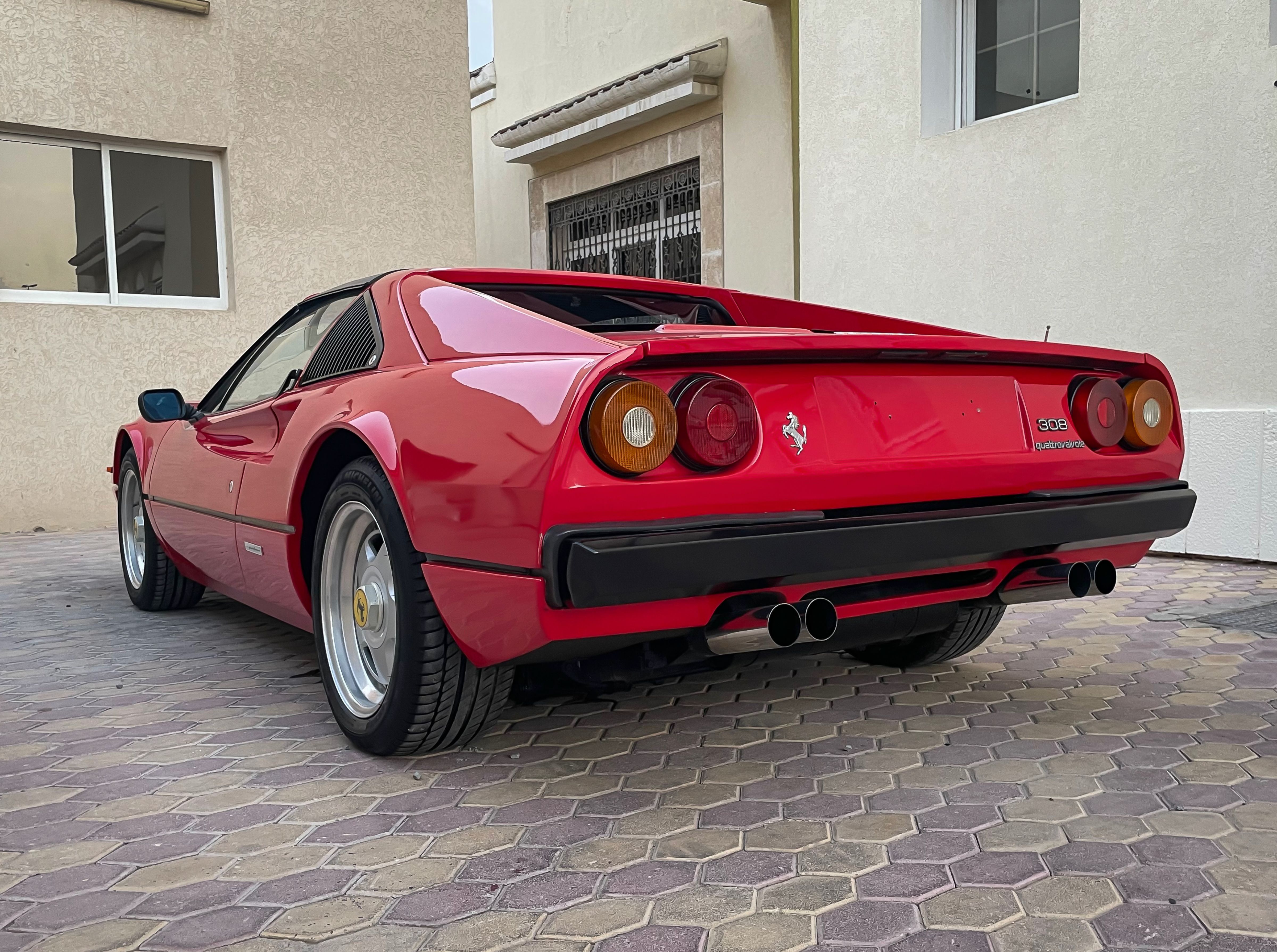 The Pininfarina-designed bodywork is finished in the traditional shade of Rosso Corsa.   The paint is described to be in good condition overall and the seller reports evidence of minor cosmetic repair to the passenger side.  Detailed images are provided in the photo gallery.  Compared with the original 308, the Quattrovalvole model features a redesigned radiator grille with rectangular driving lights as well as a slim louvered panel on the front bonnet.  Equipment on this example includes a removable black roof panel, Vitaloni side mirrors, European-spec bumpers, and 16” Speedline-style multi-piece wheels that are currently dressed in Michelin Primacy HP tires. 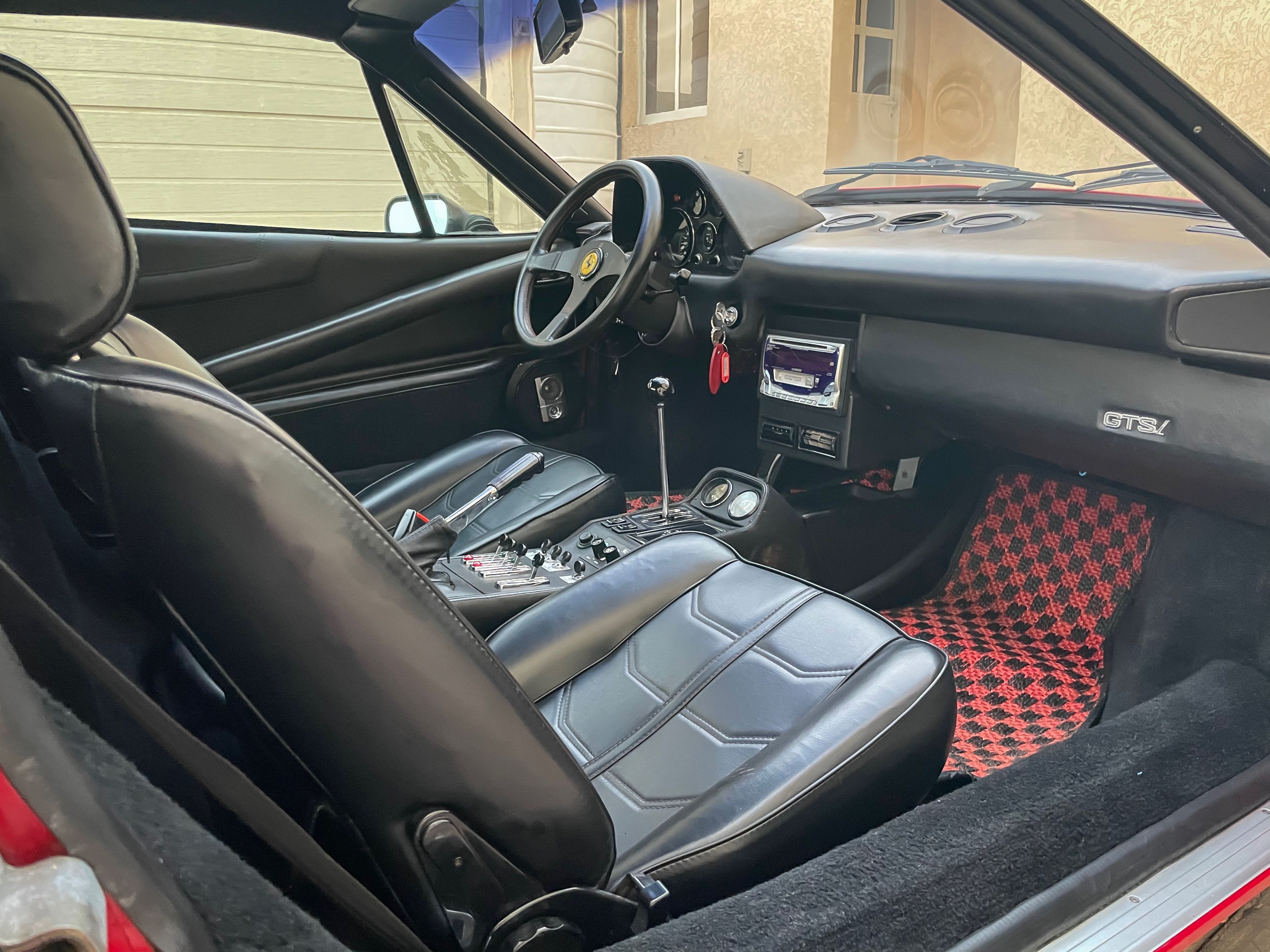 Inside, you will find a black leather interior with analog Veglia instrumentation, a three-spoke MOMO steering wheel, and a gated 5-speed manual shifter.  Modifications include black and red checkered coco floormats, aluminum pedal covers, and an aftermarket Kenwood DPX-4000V stereo. 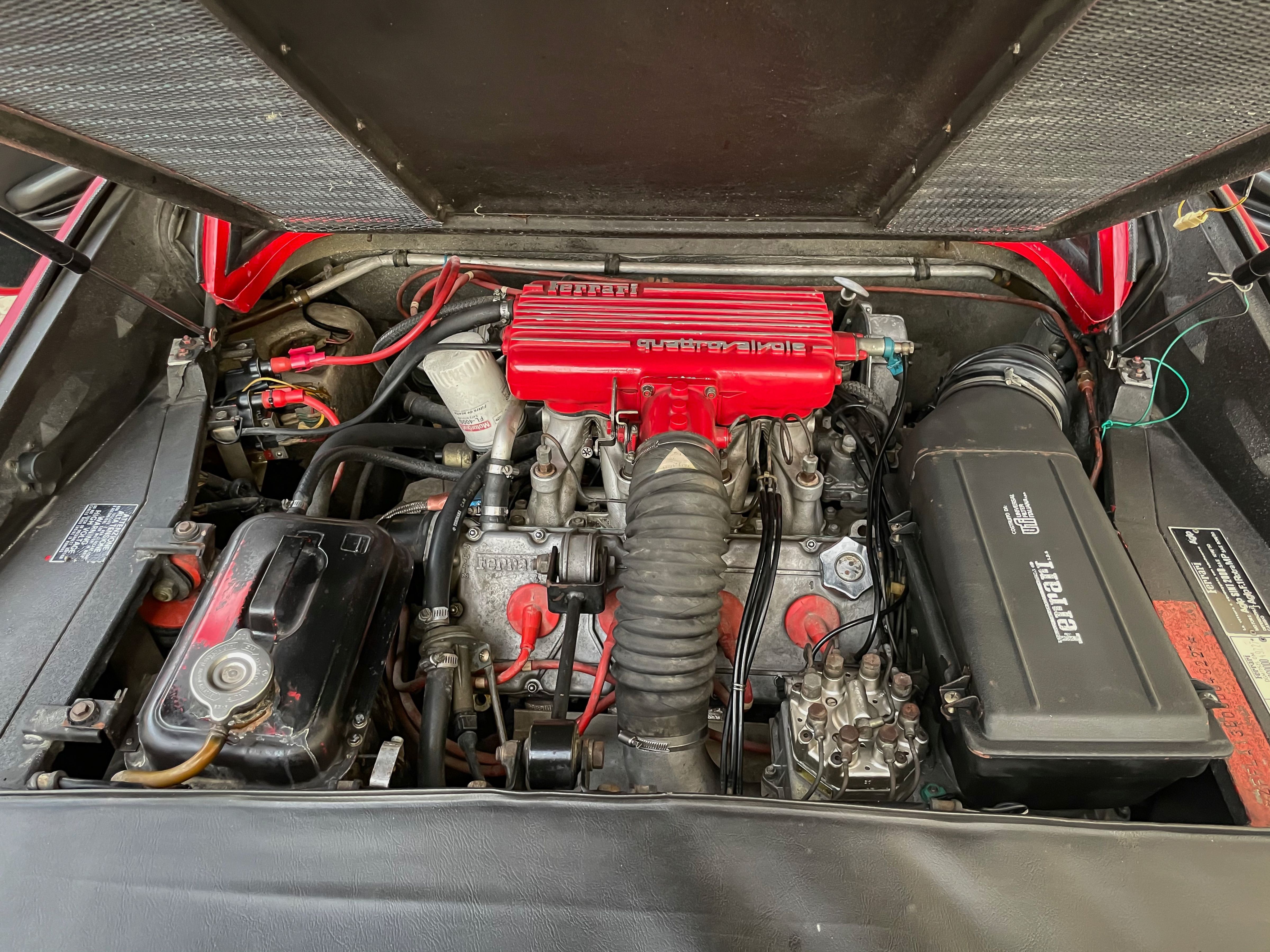 This 308 GTS is equipped with a transverse-mounted Tipo F105 2.9L V8 engine with four valves per cylinder. Offering a modest increase in power compared with its U.S. counterpart, this European-spec engine is capable of sending up to 240 HP to the rear wheels through a 5-speed manual transaxle.  A major engine-out service is said to have been carried out within the last two years including decarbonization of the heads, reseating of the valves, and a timing belt replacement as well as new gaskets, seals, and a water pump.  The car is said to idle smoothly and drive well with occasional misfires reported at higher RPMs. 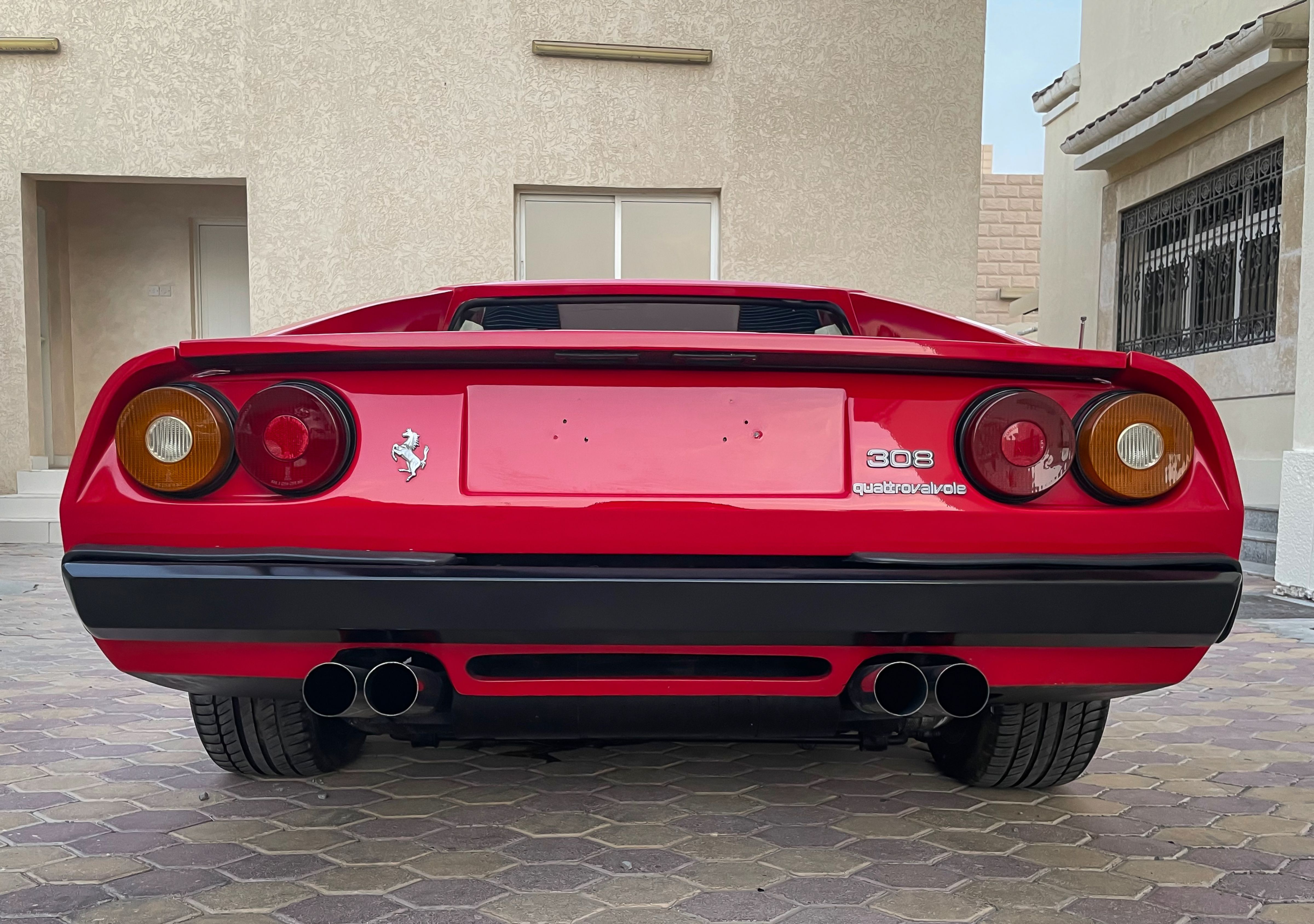 Accompanied by a clean title, this classic Ferrari 308 GTS awaits its next caretaker.