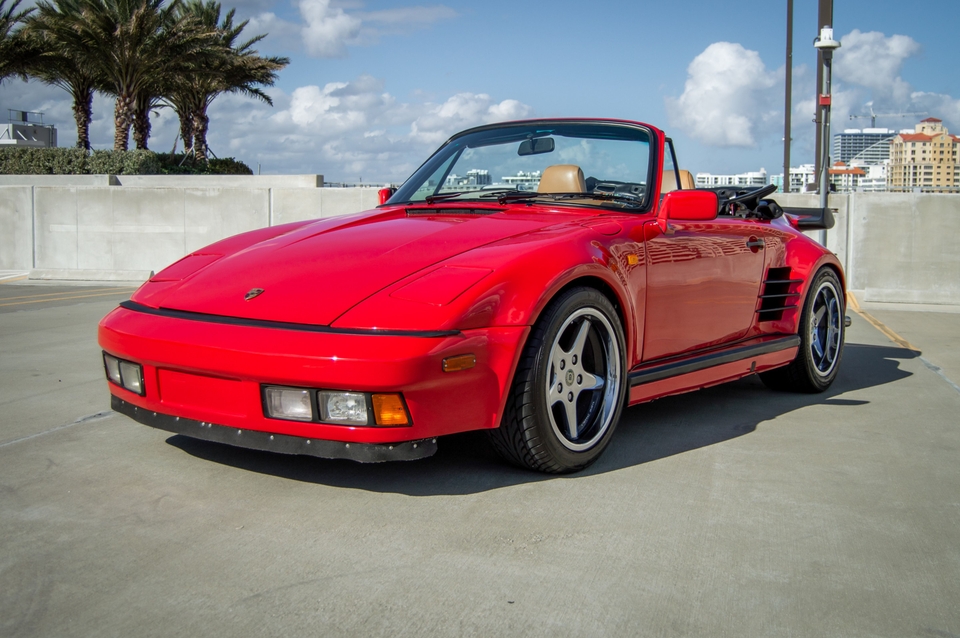 Up for auction is this custom 1985 Porsche 911 Carrera Cabriolet Slant Nose by Gemballa.  Shortly after purchasing this European-market example, the original owner is said to have shipped this 911 to Gemballa in Switzerland to undergo a full Slant Nose style transformation before importing the car back to the U.S. in 1986.  It is said to have been cared for by 2 private owners throughout its life with an extensive collection of service records dating back to 2003.  This incredibly unique Gemballa Cabriolet is now being offered for auction by its seller in Florida while showing approximately 73k miles on the odometer (TMU) and accompanied by a clean title. 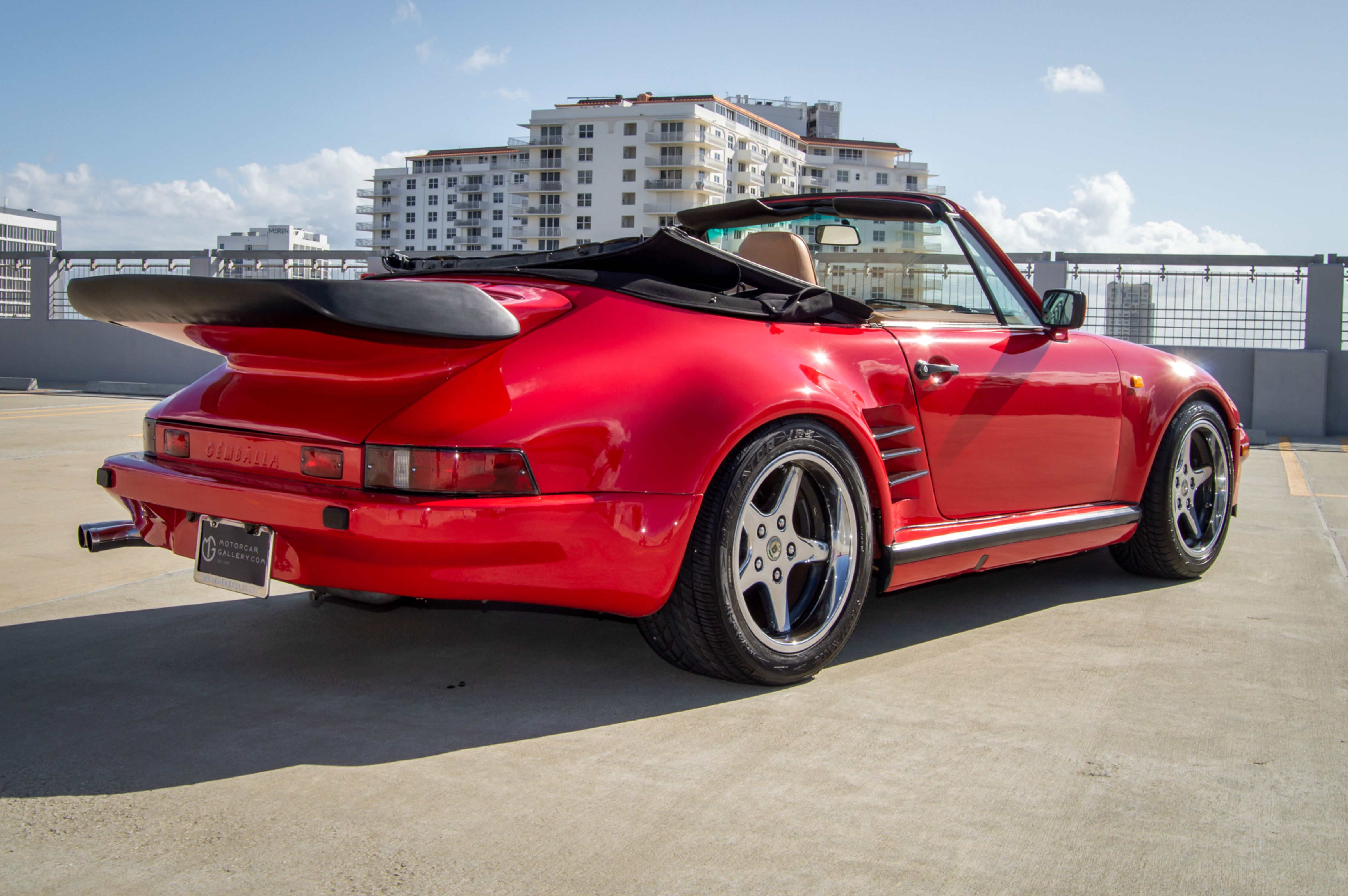 This Carrera is painted in Guards Red and was partially refinished during its time at Gemballa when it was fitted with a custom front bumper, fiberglass Slant Nose fenders, boxed rockers, steel Turbo rear fenders with air intakes, a Tea Tray style decklid, and a custom rear bumper with a Gemballa-logo center reflector delete.  The paint is said to be in good overall condition except for some small cracks noted on the driver's side front fender and rear spoiler. Other noteworthy features include European-spec side marker lights, dual exhaust tips, a black cabriolet soft top, and aftermarket 17” 5-spoke Racing Dynamic wheels in a chrome finish.

Inside, this 911 features a well-presented beige leather interior with black carpeting.  Among the modifications are a 3-spoke Nardi Personal steering wheel, aluminum pedals, a short-throw shift kit, a Kenwood radio, and aftermarket speakers.  CARFAX shows a mileage discrepancy in 1999, therefore the true mileage remains unknown.  The seatbelt mounting points are reported to show some rust and the cabin is said to be in otherwise great shape with all gauges and accessories remaining fully functional. 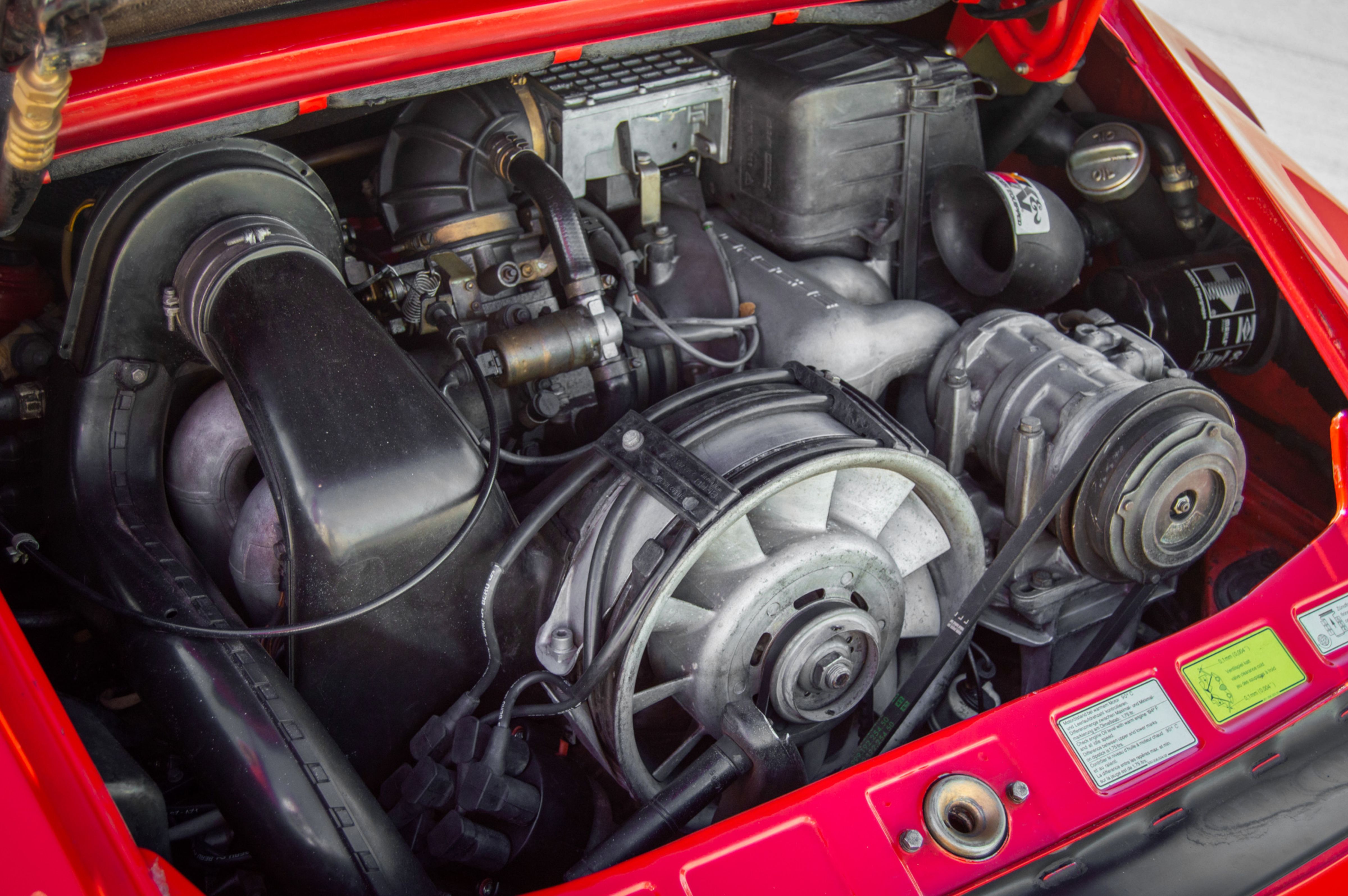 This Carrera is equipped with a European-spec 3.2 L flat-six air-cooled engine, which in its stock configuration is factory rated at 231 HP.  The rear wheels are driven by way of a 5-speed manual transmission.  This example aslo features Turbo-spec brakes and suspension components. An extensive amount of service records dating back to 2003 are included and the seller reports this 911 to be in strong running order with an oil service performed recently in preparation for sale. 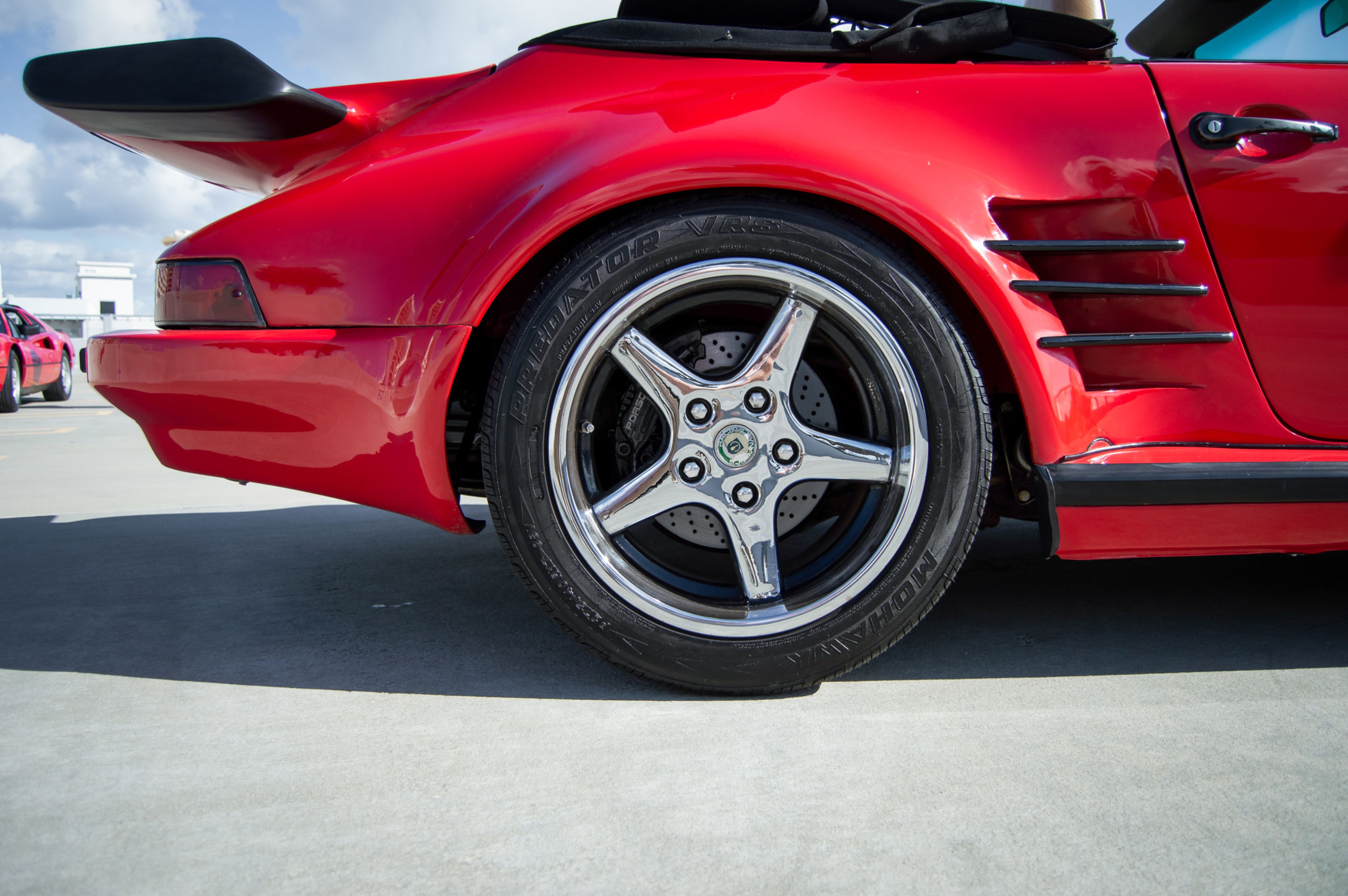 This sale will include a clean title. E-mail correspondence between Gemballa and the original owner is provided for reference in the photo gallery. Do not miss this rare opportunity to own a genuine Gemballa custom based on a desireable European-market Carrera.