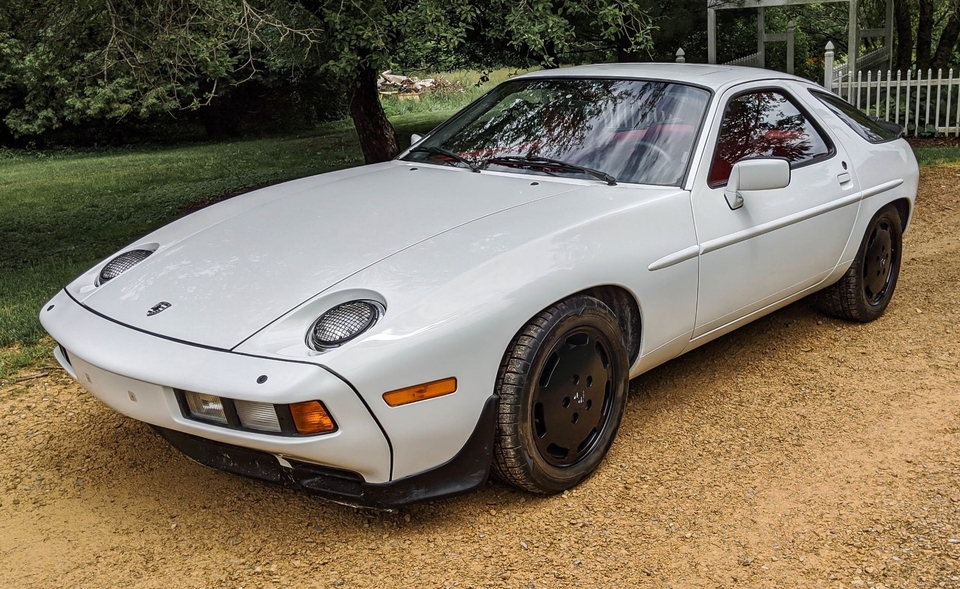 Up for auction is this 1985 Porsche 928 S finished in white over a Can-Can Red leather interior.  Marking one of the most advanced and expensive grand tourers of its day, the Porsche 928 S combines the performance of a sports car with the comfort and refinement of a luxury sedan.  Purchased by its current owner in 2010 with approximately 5k miles added since, this 5.0 L 928 S is said to be in excellent driving condition with just over 100k miles showing on the odometer. 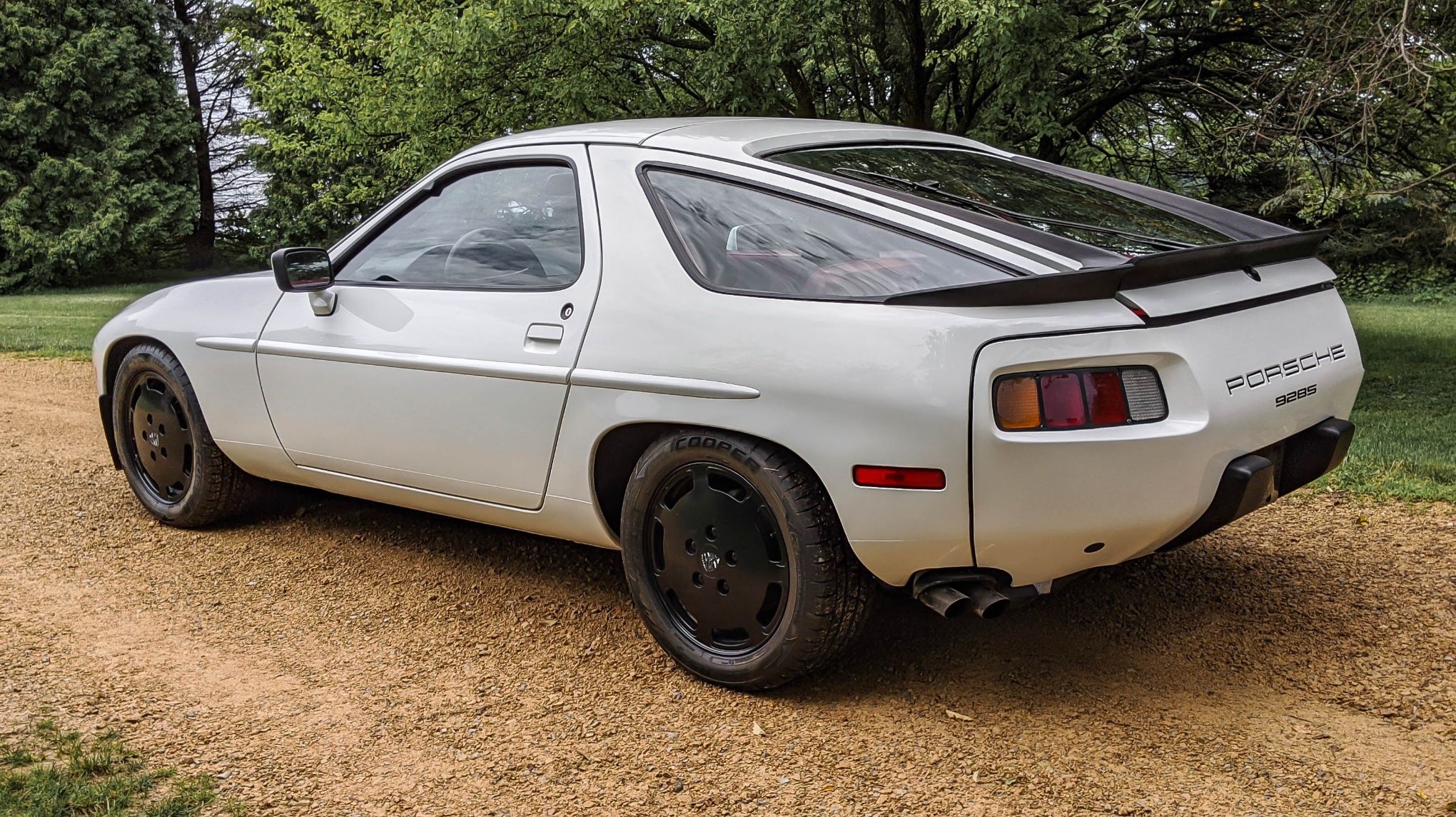 The white finish on this 928 S is said to be in great shape with minimal signs of wear.  Carfax indicates some minor damage to the rear end; although, the seller states there are no persisting issues.  A collection of detailed images is provided in the photo gallery.  Distinctive features include front and rear lip spoilers as well as pop-up headlights.  This S model rides on factory 928 wheels which have been professionally powder coated in black.  These wheels come dressed in fresh Cooper tires bearing less than 1k miles of use. 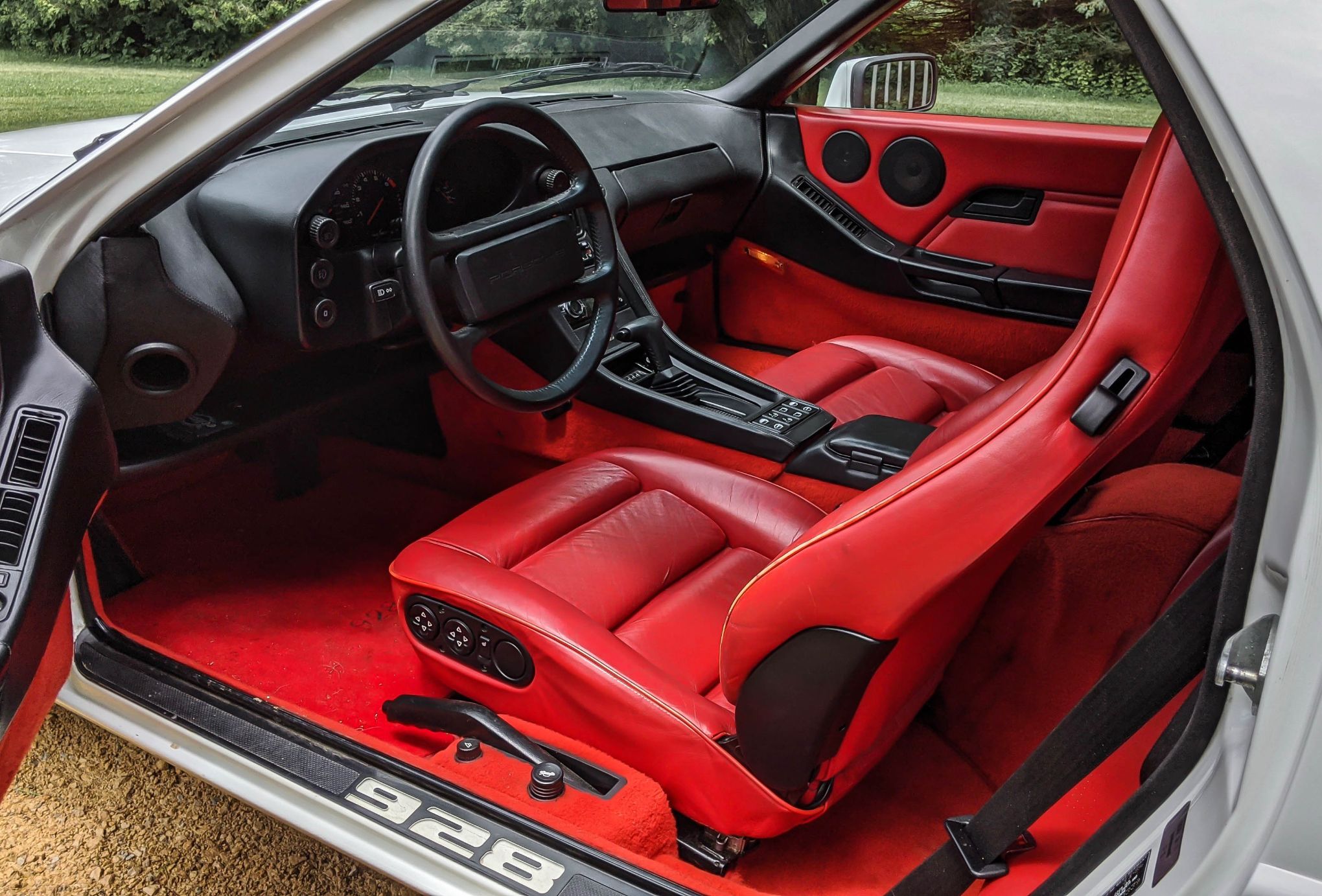 Inside, this 928 S is appointed with a striking Can-Can Red leather interior which is said to be in excellent condition for its age.  The air conditioning system has been recently recharged, and the dashboard is said to be free of cracks.  The radio has also been upgraded, although the original Blaupunkt unit will be included in-sale.  All gauges, electrical components and accessories are reported to be fully functional with the exception of the fuel level gauge. 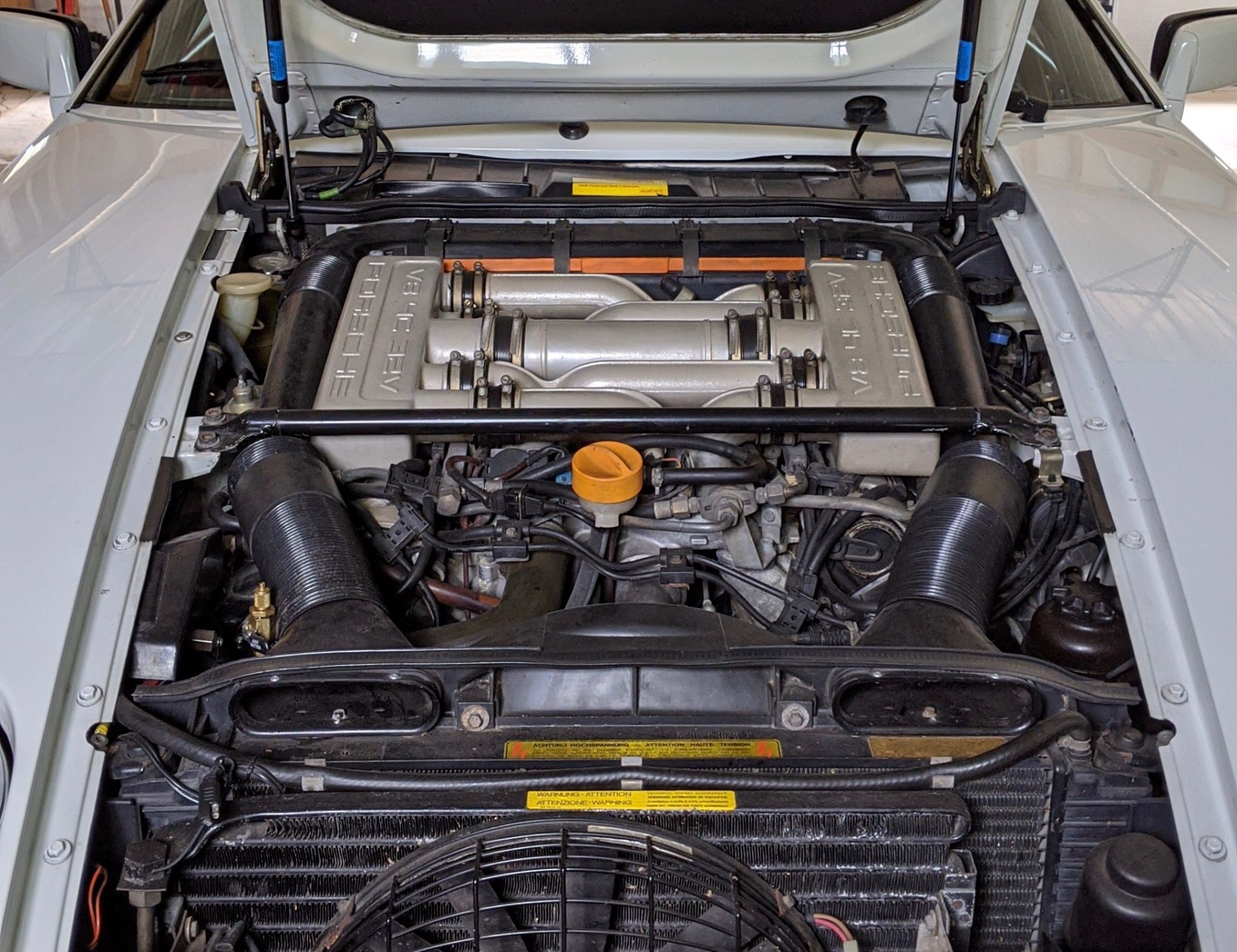 Featuring an updated power plant with a larger displacement for the 1985 model year, this 928 S is equipped with a 5.0 L V8 DOHC engine which sends 288 HP to the rear wheels by way of a 4-speed automatic transaxle.  In 2010, this 928 S underwent a full service which included a new timing belt, water pump, spark plugs and battery.  Reported to have been kept up to date on all scheduled maintenance with a recent oil and filter change, this 928 S is said to be in fantastic driving condition. 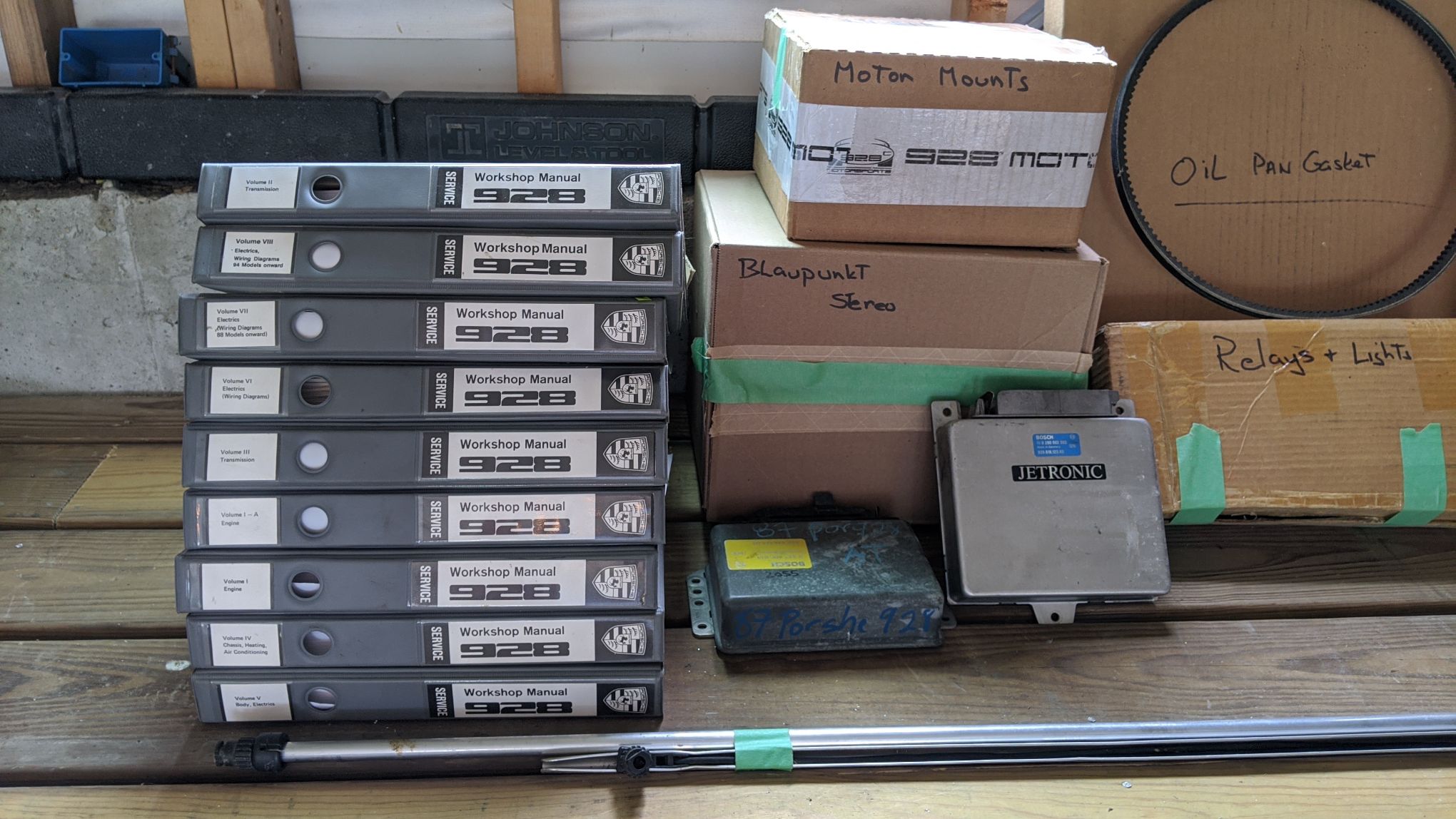 The sale of this 928 S will include one key, the original books, a factory Blaupunkt radio and a collection of service records.  Presented in white over Can-Can Red leather, this 5.0L example is sure to catch the attention of any passionate 928 enthusiast.