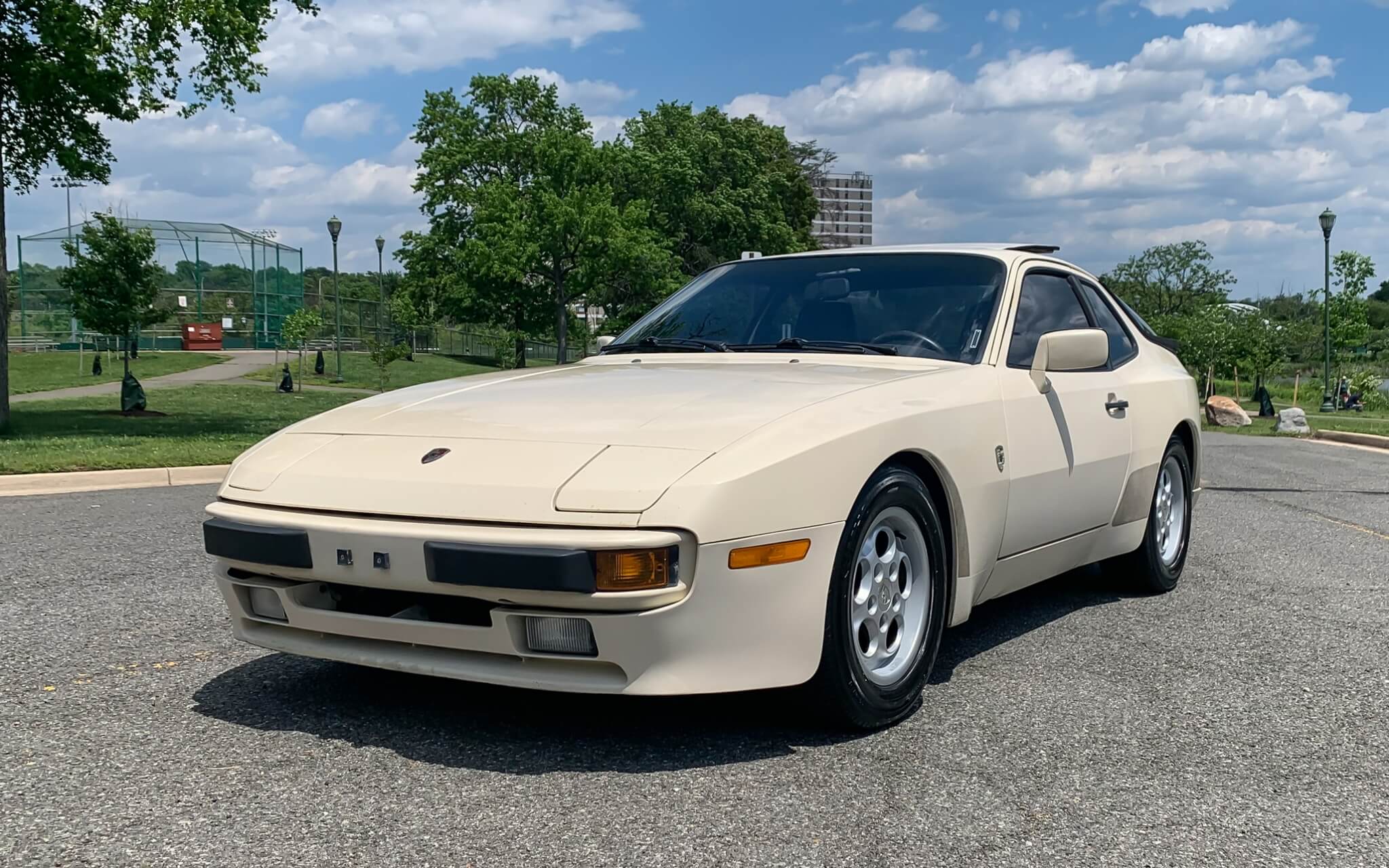 Produced in the second phase of the 1985 model year, this “1985.5” Porsche 944 was among the first to receive a major update including a redesigned interior, improved suspension, and revised engine components. Finished in Pastel Beige, it was originally delivered through Brumos Atlanta, Inc. featuring optional Sport Shocks and Stabilizers, a sunroof, cruise control, and a brown partial leather interior.  The car spent life in South Carolina up until 2016 before moving to Virginia where it is now being offered for auction by its fourth owner showing approximately 130k miles on the odometer. 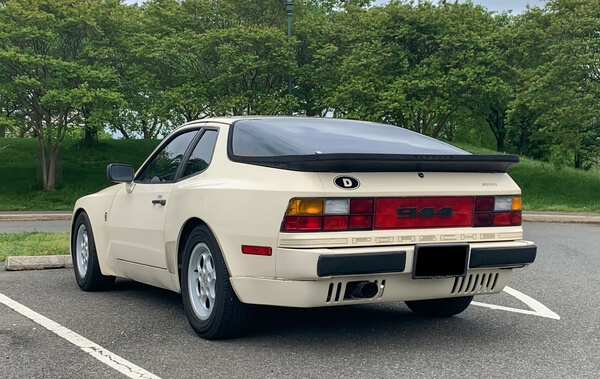 This 944 was ordered in Pastel Beige, an uncommon nonmetallic color offered between 1985 and 86.  A black polyurethane rear spoiler is equipped along with an aftermarket lower rear valence and taillight reflector panel.  The factory 15” Phone Dial wheels come dressed in Kumho tires from 2012 and the seller describes some paint imperfections on the front end as well as a slight scrape on the driver-side window frame, dings on the lower rear valence, a scratch on the passenger side door, and a scratch on the bottom of the fuel door.  The original clear stone guards have also become discolored with age.  Detailed images are provided in the gallery along with a clean CARFAX report. 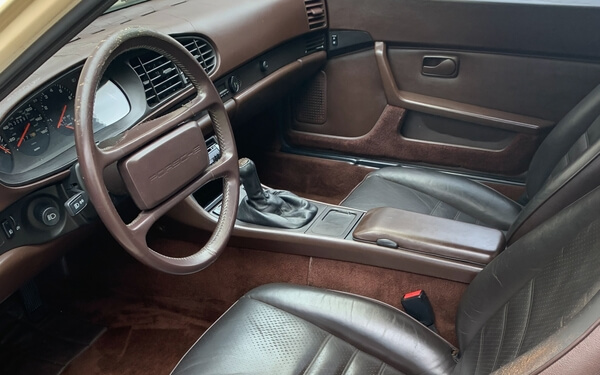 The cabin is trimmed in brown partial leather with matching carpets and electrically adjustable seats.  Optional equipment includes cruise control and a removable power-tilt sunroof panel.  A new black leather shift boot has been fitted and the aftermarket radio was installed under prior ownership.  A dashboard cover and Momo steering wheel hub are said to accompany the sale and the seller notes the glovebox door swings freely when opened as one of the inner arms are broken.  All gauges and accessories are said to be fully functional. 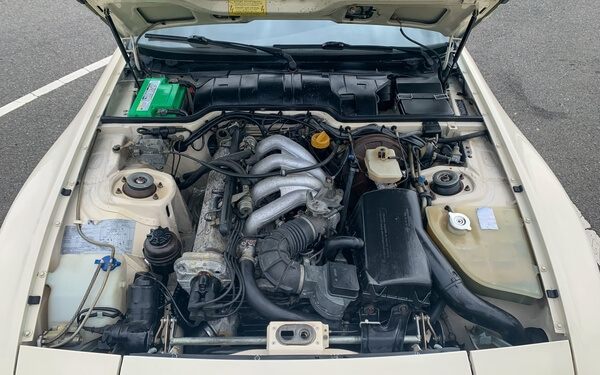 For the 1985.5 update, the 944’s 2.5-liter inline 4-cylinder engine was given redesigned combustion chambers and modified cam profiles. Up to 150 HP is sent to the rear wheels through a 5-speed manual transaxle.  Per the original sales order, the car was specified with optional Sport Shocks and Stabilizers for improved handling.  The seller reports the timing belt was replaced in October of 2019 and readjusted later in August 2021.  Other service includes the replacement of the clutch master cylinder in June of 2021 and a rebuild of the steering rack later that same year. 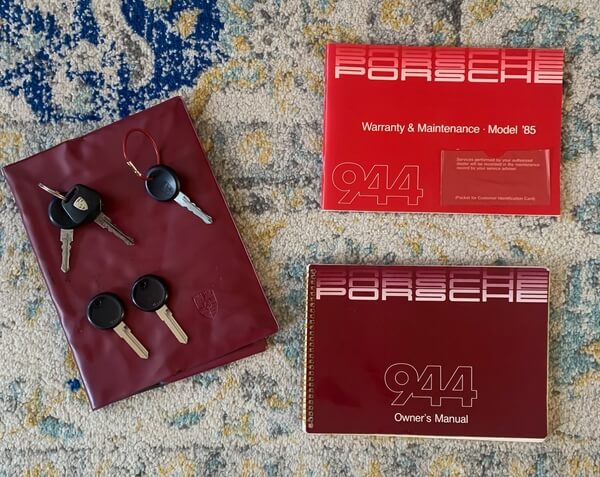