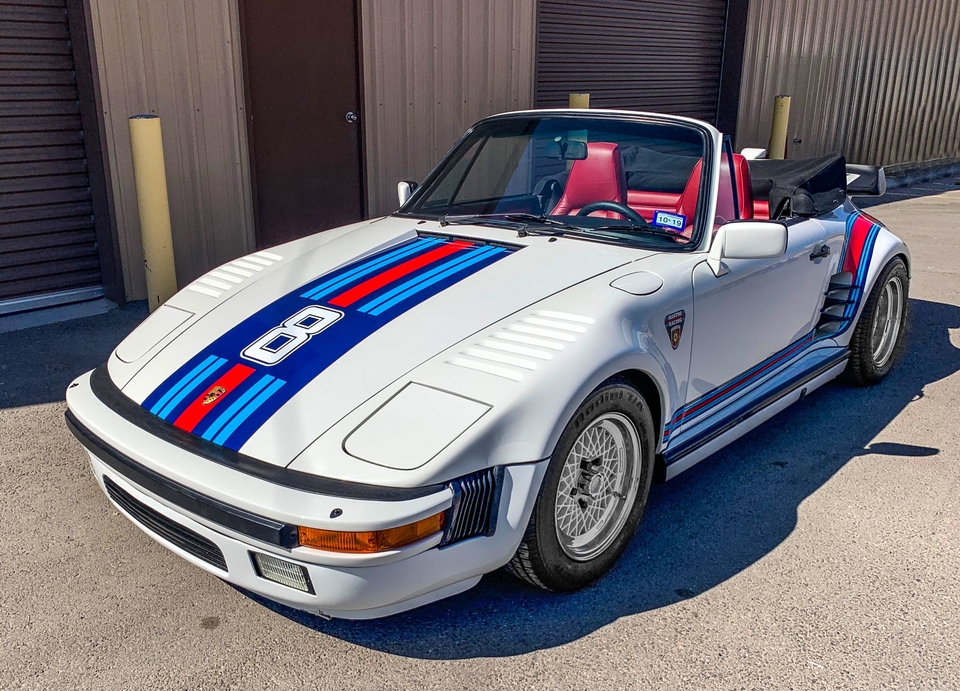 Up for auction is this custom 1986 Porsche 911 M491 Cabriolet Slant Nose Turbo conversion.  Beginning as 1 of only 8 U.S. spec M491 Cabriolet’s built for the model year, this 1986 example was treated to a steel Slant Nose body conversion as well as an upgraded 3.2 L turbocharged Carrera engine.  Showcasing the exciting styling of the 930 Slant Nose paired with iconic Martini racing graphics and period-correct BBS wheels, this eye-catching M491 Cabriolet is now being offered by its seller in Texas accompanied by a branded title, original Fuchs wheels and service records. 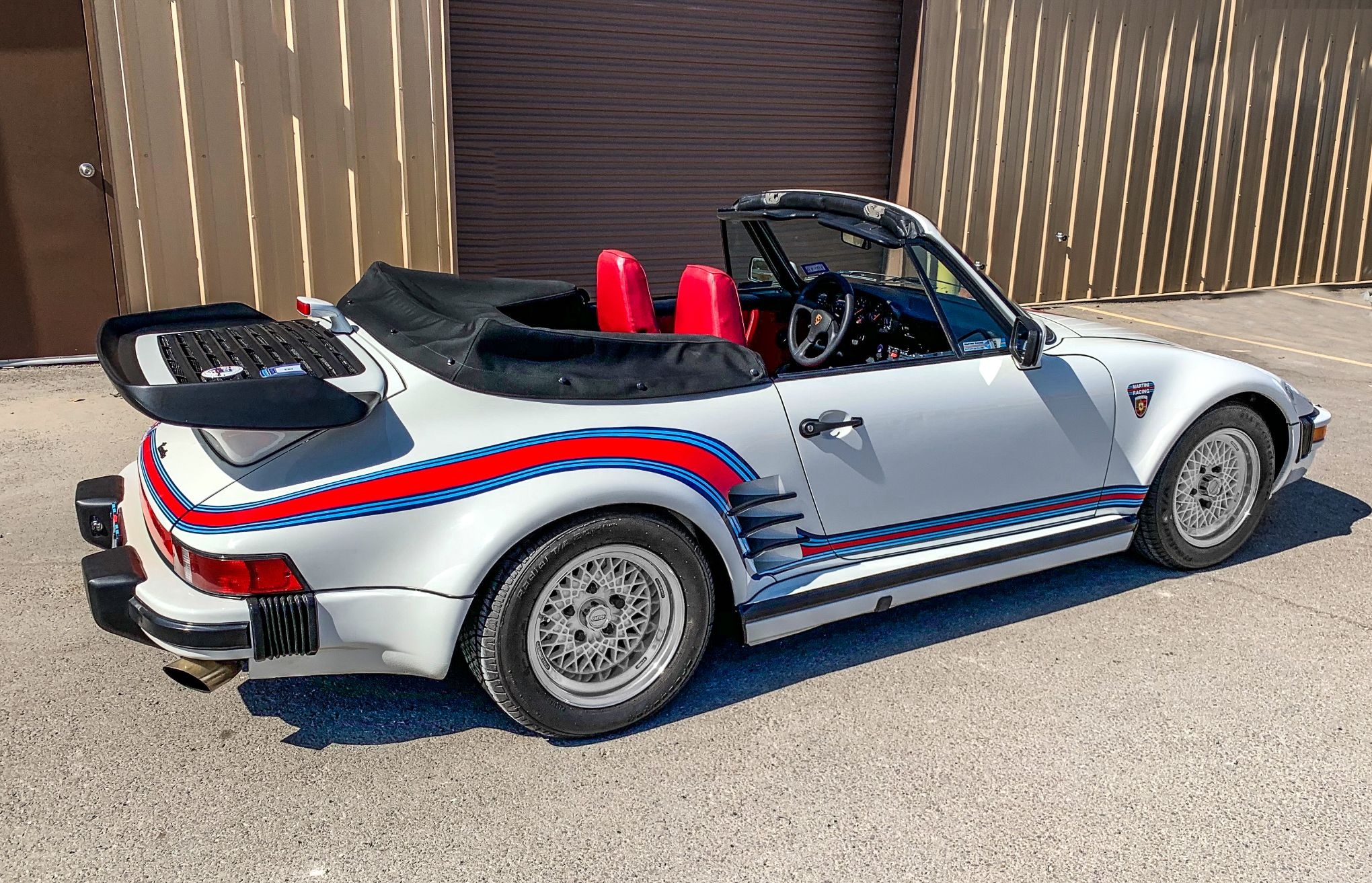 This 911 is said to have been refinished in its factory color of Grand Prix White under previous ownership during the time of the steel Slant Nose conversion.  The paint is said to be in excellent condition and the body conversion is reported to have been carried out to a very high standard.  As a rare M491 example, this 911 came factory optioned with the wide fenders of the Turbo model as well as a distinctive Tea Tray rear spoiler.  Removable vinyl Martini Racing graphics have also been installed in addition to period-correct BBS wheels which feature color-matched faces and new BF Goodrich tires.  The original set of Fuchs wheels will also be included in the sale. 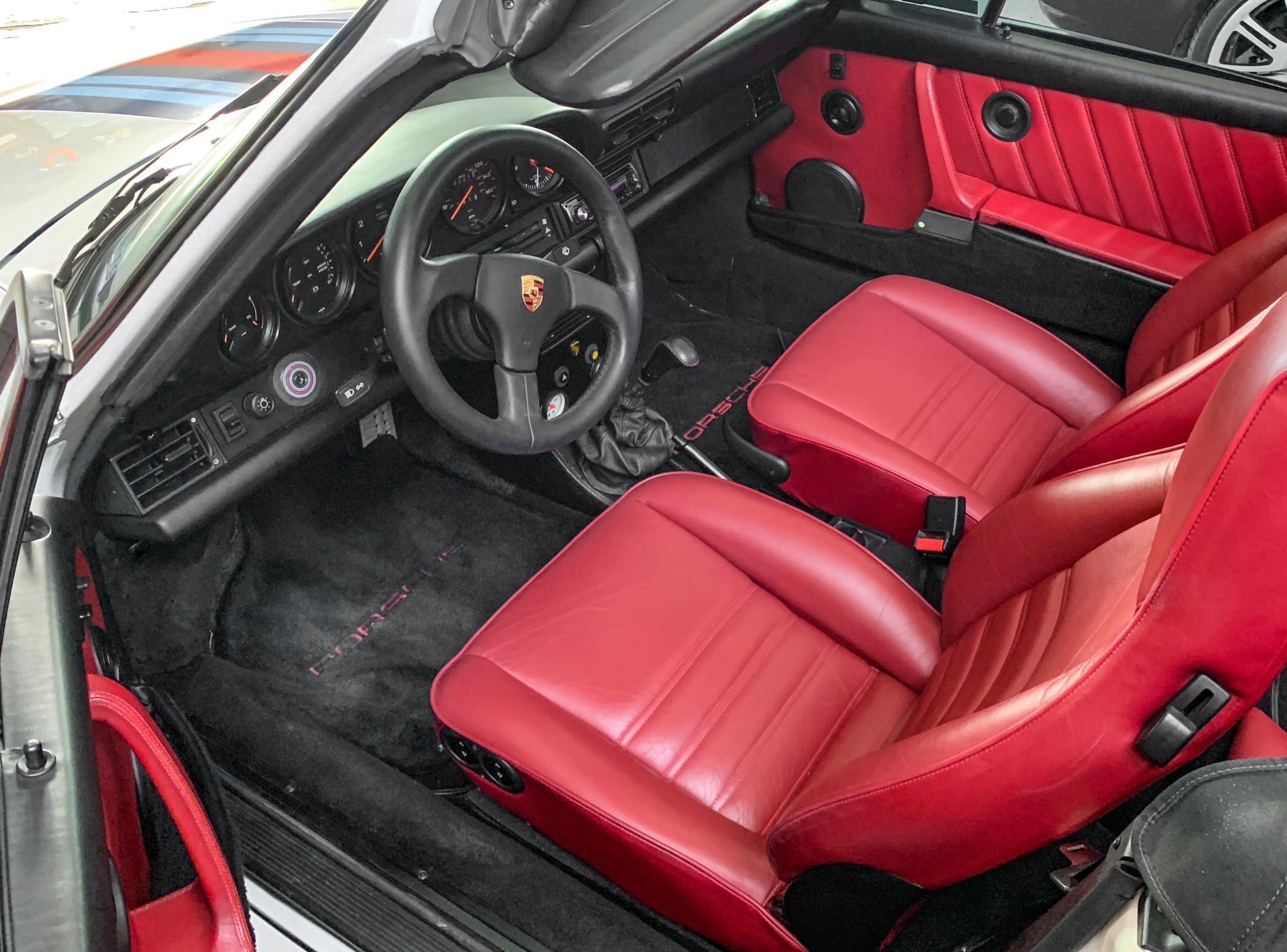 Inside, this Carrera is appointed with a stunning two-tone Red and Black leather interior.  The cabin is reported to be in fantastic condition and the seller confirms all gauges and accessories to be working properly.  Noteworthy features include power adjustable seats, a center console with CD storage and analog gauges, a 930SE steering wheel, metal "Turbo" pedal covers, a red-stitched leather shift knob and an aftermarket radio. 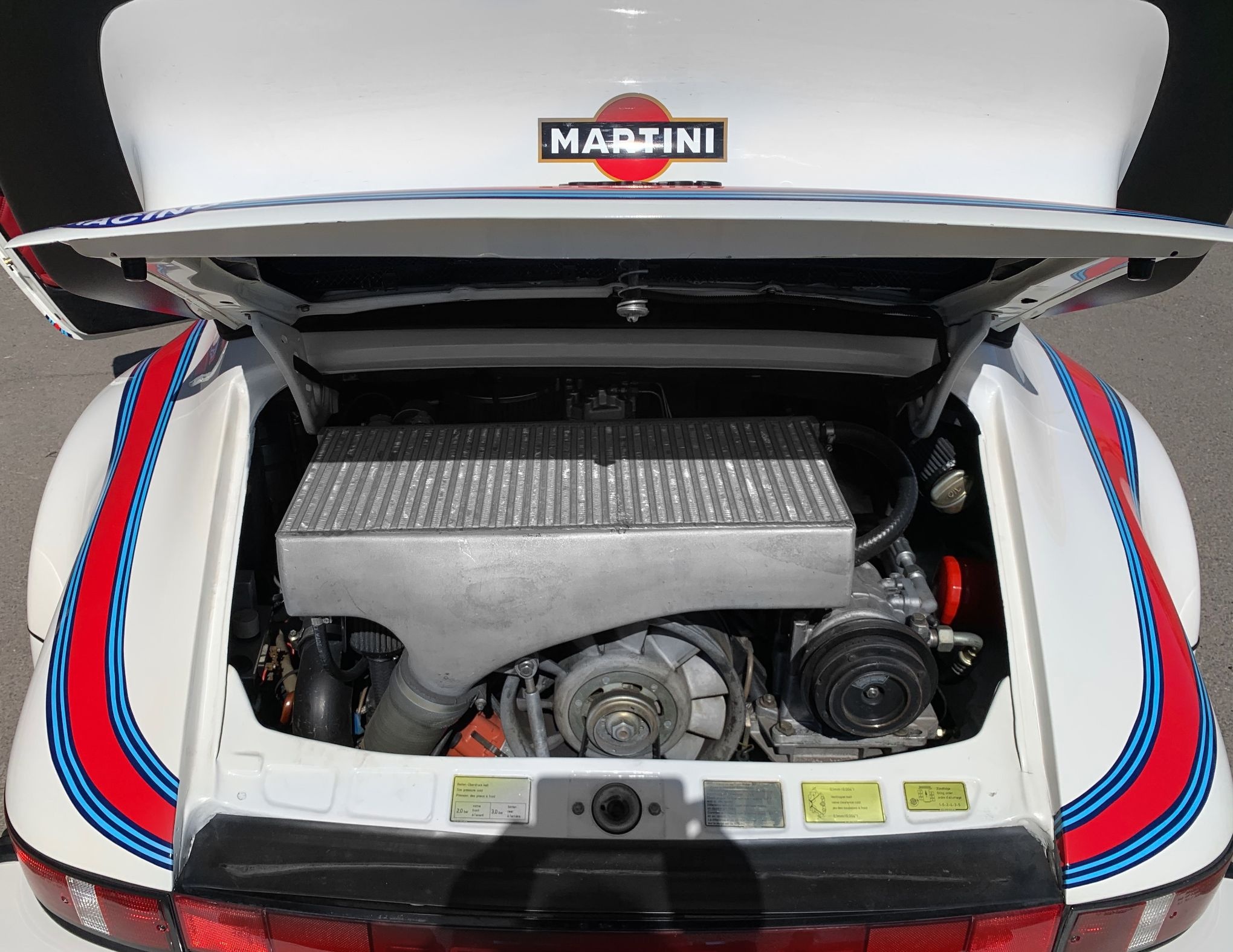 During previous ownership, this 911 was outfitted with a correct-type 3.2 L flat-six Carrera engine with a custom KKK turbocharger setup providing 1 bar of boost.  The rear wheels are driven through a 4-speed G30 manual transmission which was installed to accommodate the added power of the turbo motor.  The factory M491 package also adds the improved braking and suspension components of the 911 Turbo model.  An engine-out service is said to have been performed within the last 7 years and the seller confirms this 911 to drive beautifully with proper routine maintenance carried out ever since. 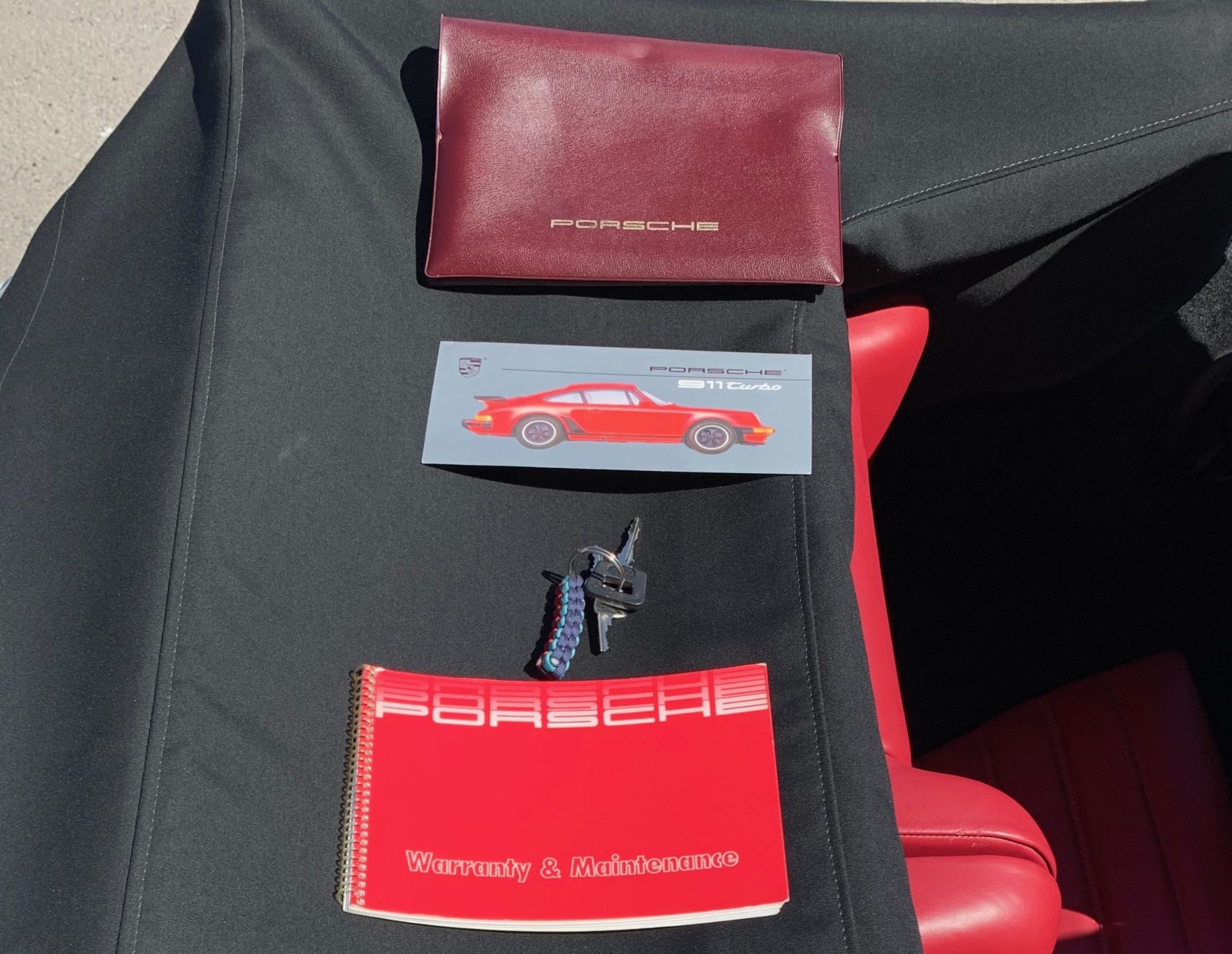 Included in the sale of this Carrera are a set of 2 keys, owner’s books, a car cover, some service records and a branded title.  Do not miss out on this opportunity to own of the rarest and most unique air-cooled Cabriolet’s on the road.