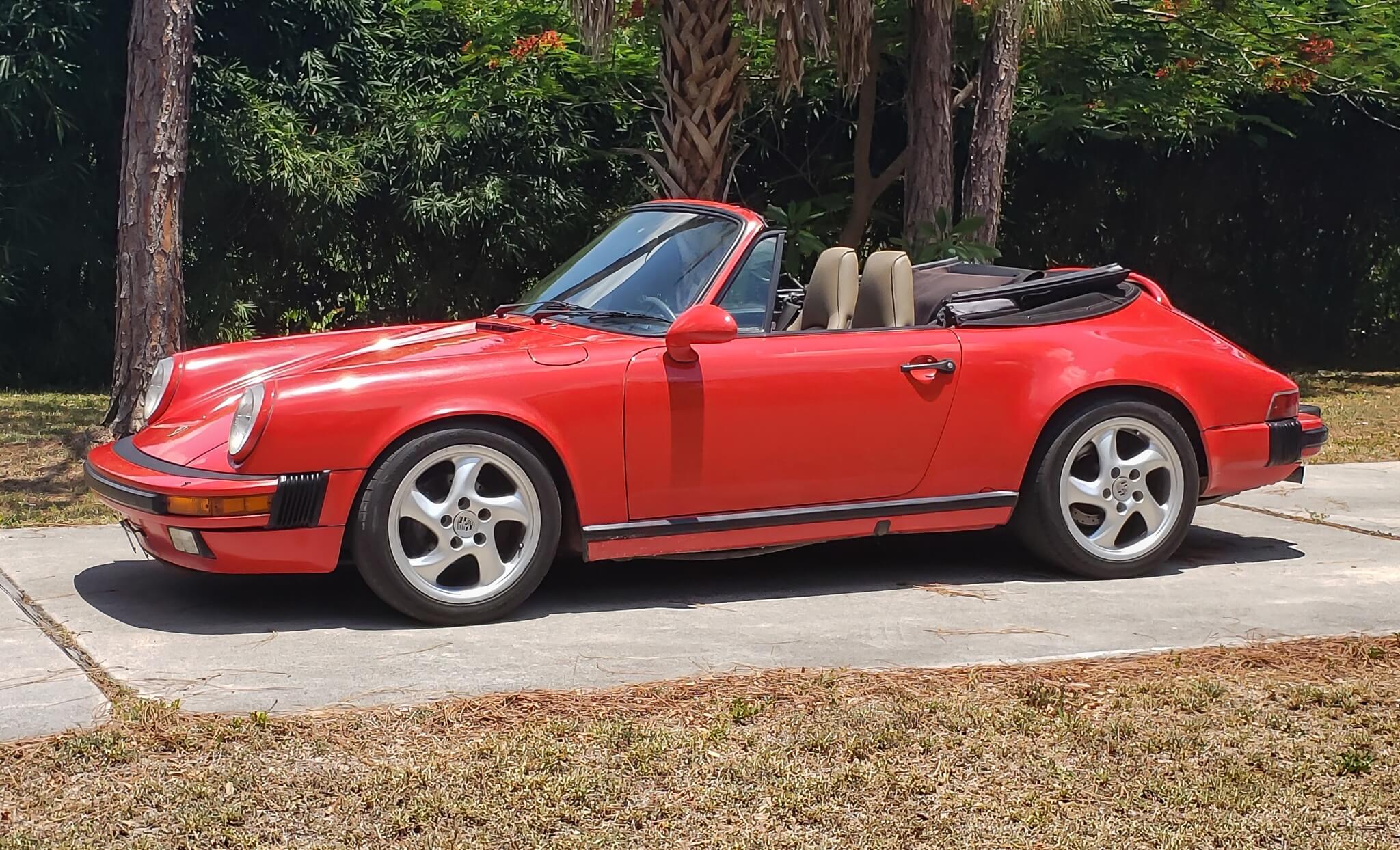 Now up for auction is this 1986 Porsche 911 Carrera Cabriolet finished in Guards Red over a Cashmere Beige interior.  This Cabriolet had spent much of its life in California before it was acquired by the current owner in 2007 from the owner of a Porsche restoration shop. It was fitted with a replacement flat-six engine at 160k miles and features 993 Turbo-Look wheels, 993-style mirrors, and a 993 Cabriolet third brake light.  Now showing just under 220k miles on the odometer with approximately 60k miles driven on the replacement motor, this Carrera is being offered for auction by its longtime owner out of Florida. 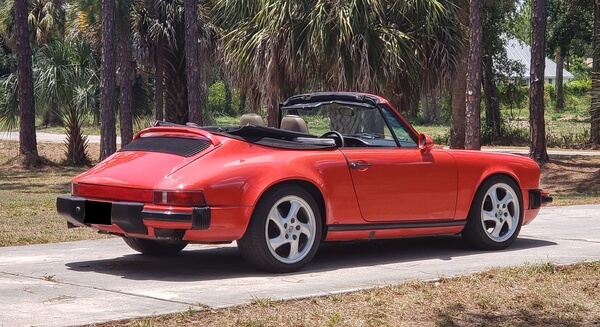 This Carrera comes finished in traditional Guards Red with a newer black cabriolet soft top and matching tonneau cover.  Updated 993-style aero mirrors have been installed along with a 993 “basket handle” third brake light and an oil cooler air scoop on the front bumper.  The seller notes a small defect in the clearcoat on the passenger side rear quarter panel, additional images are provided in the photo gallery along with a clean CARFAX report.  This Carrera rides on a set of updated 17” Porsche 993 Turbo-Look wheels dressed in a set of Hankook Ventus V12 Evo tires.

The cabin is trimmed in Cashmere Beige upholstery with matching carpets and a contrasting black dashboard. The seller notes that the seats have been recently recovered and that a CD player has been installed along with upgraded speakers and an aftermarket stereo.

This Carrera is equipped with an air-cooled 3.2 L flat-six engine which sends as much as 207 HP to the rear wheels by way of a 5-speed manual gearbox. Under previous ownership, a replacement flat-six engine is said to have been installed at approximately 160k miles.  Standard routine service is said to have been kept up to date throughout the current ownership and CARFAX shows the last documented service to have been completed in March of 2021 at 219,494 miles.

This sale will include the original owner's manuals, air pump, spare tire, and a clean title.  This Carrera Cabriolet makes an excellent weekend driver for any air-cooled Porsche enthusiast, don't miss out.