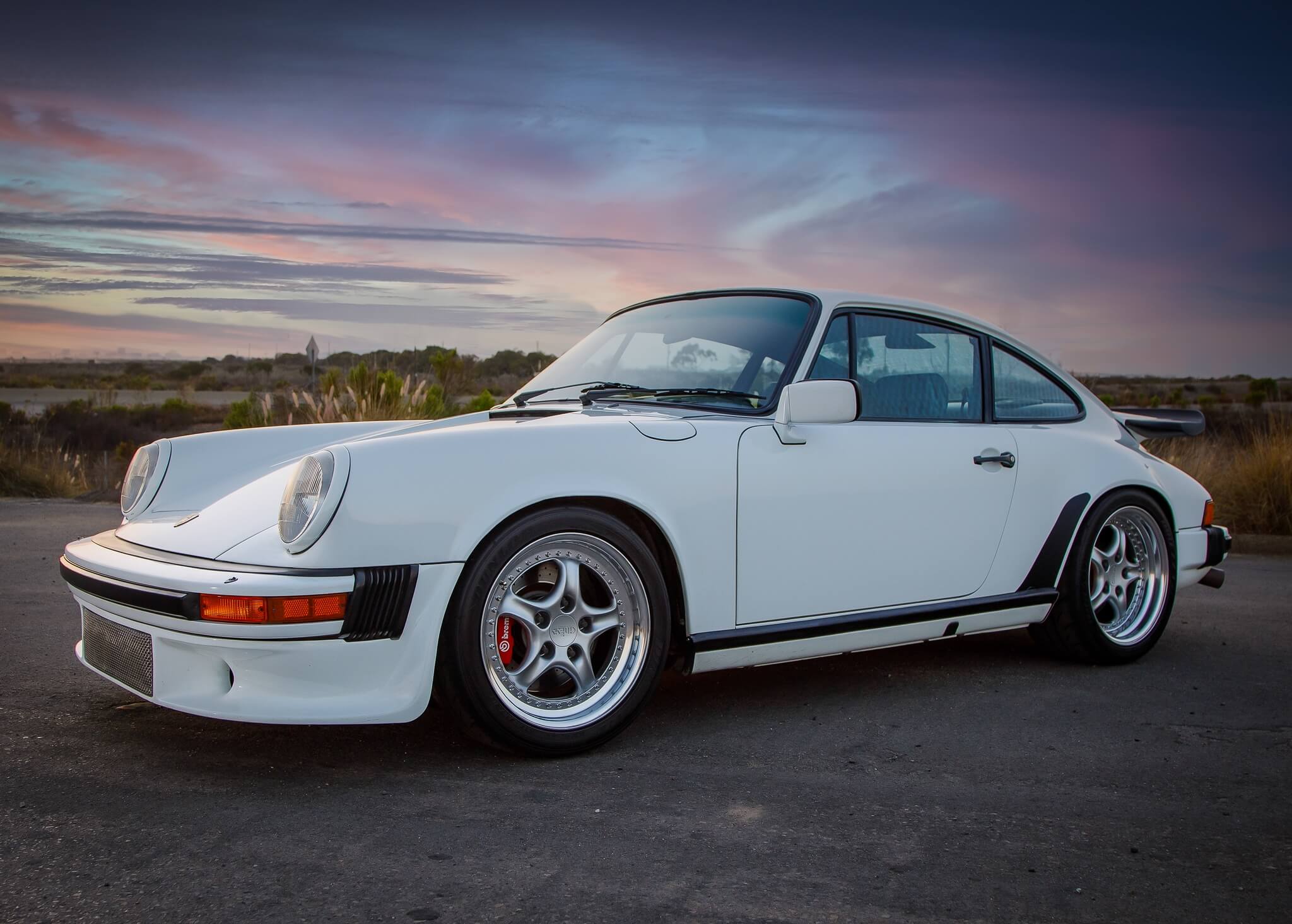 Now up for auction is this 1986 Porsche 911 Carrera Coupe finished in Grand Prix White over a black interior.  Upon the prior owner's acquisition in 2010, this Carrera was upgraded and modified with a RUF-style front valence, front-mounted oil cooler, Kinesis Supercup wheels, stiffer torsion bars, a Brembo big brake kit, sport bucket seats, a limited-slip differential, and a custom-built 3.6L engine sourced from a 964 Carrera.  It also came factory optioned with Sport Shock Absorbers, a short shift lever, and a rear spoiler. Producing nearly 300 HP while weighing in under 2,500 lbs., this 1986 Carrera is now being offered for auction by its owner out of California with approximately 20k miles driven on the rebuilt motor. 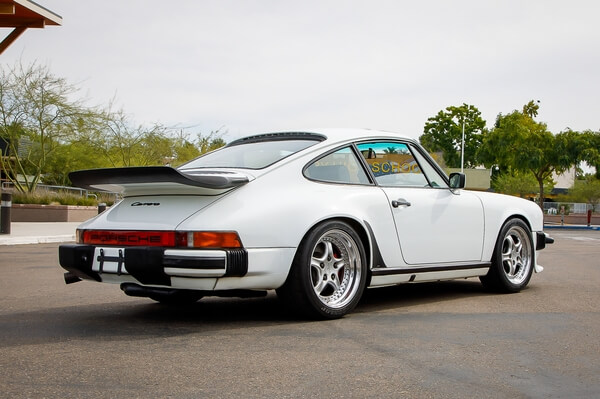 This Carrera sports its original color of Grand Prix White along with an upgraded RUF-style front valence and factory rear spoiler. Some paint chips are noted on the front fascia and the hood is said to have been previously refinished for cosmetic purposes. The seller adds that the finish shows to be all original apart from the hood, paint meter readings are provided in the gallery along with a clean CARFAX report.  The three-piece Speedline-style 17” Kinesis Supercup wheels measure 8” wide in front, 9.5” wide in the rear, and come dressed in Dunlop Direzza ZIII tires dated from 2020/2021. 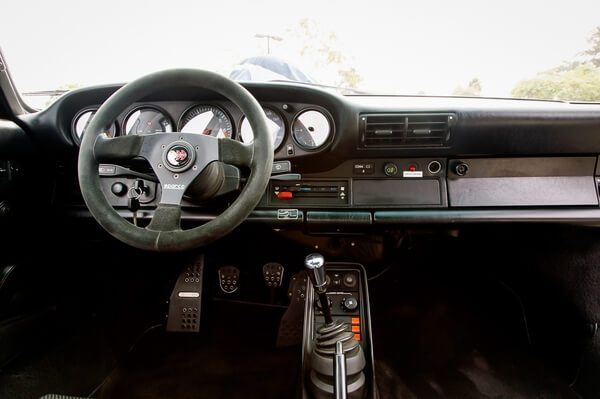 Inside, you will find a black interior with upgraded BF Torno Rally bucket seats mounted on adjustable sliders.  The rear seatbacks have been removed along with the radio, and a Sparco three-spoke steering wheel has been installed in addition to a set of drilled Rennline pedals.  The car was factory equipped with a shortened shift lever as well as a sunroof, cruise control, power windows, and air conditioning. Some wear is present on the carpeting and the seller reports all instrumentation to be fully functional. 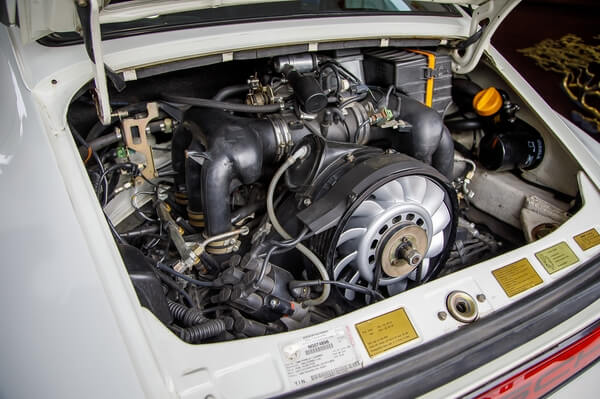 Upon the current owner’s acquisition in 2010, the original engine was swapped in favor of a larger 3.6L flat-six sourced from a Porsche 964.  The top-end was rebuilt, the rod bearings were replaced, the heads were ported to 993 specifications, and the cylinders were honed before new bronze valve guides were installed along with 993 SuperSport cams, 993 head studs, new Goetze piston rings, and a custom straight-through exhaust system.  The engine was fully resealed, and the swap was carried out with proper California legal documentation.  A dyno-tested output of 298 HP is sent to the rear wheels through a 5-speed 915 manual gearbox and limited-slip differential which were both rebuilt by G Box of Colorado within the last 5k miles.  An additional oil cooler was mounted behind the front valence, a Brembo big brake was installed along with a 930 Turbo master cylinder, and the torsion bars were upgraded to 23mm and 30mm diameter.  The results from a recent leak-down test are available for reference in the gallery along with a dyno sheet from JBA Performance Center. The original catalytic converter is also said to accompany the sale. 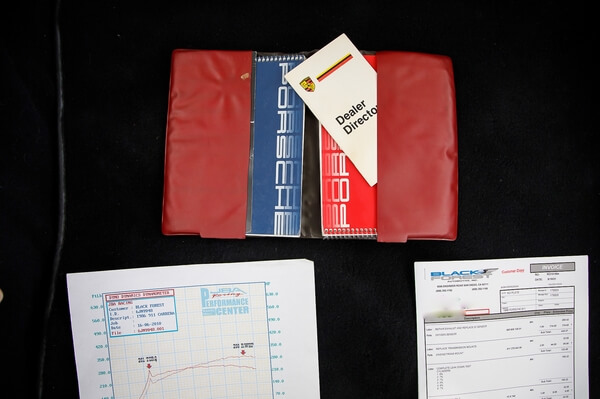 This sale will include the original owner’s manuals, service records, engine swap documentation, and a clean title. A perfect choice for any passionate air-cooled driving enthusiast, this powerful 3.6L Carrera is not to be overlooked.