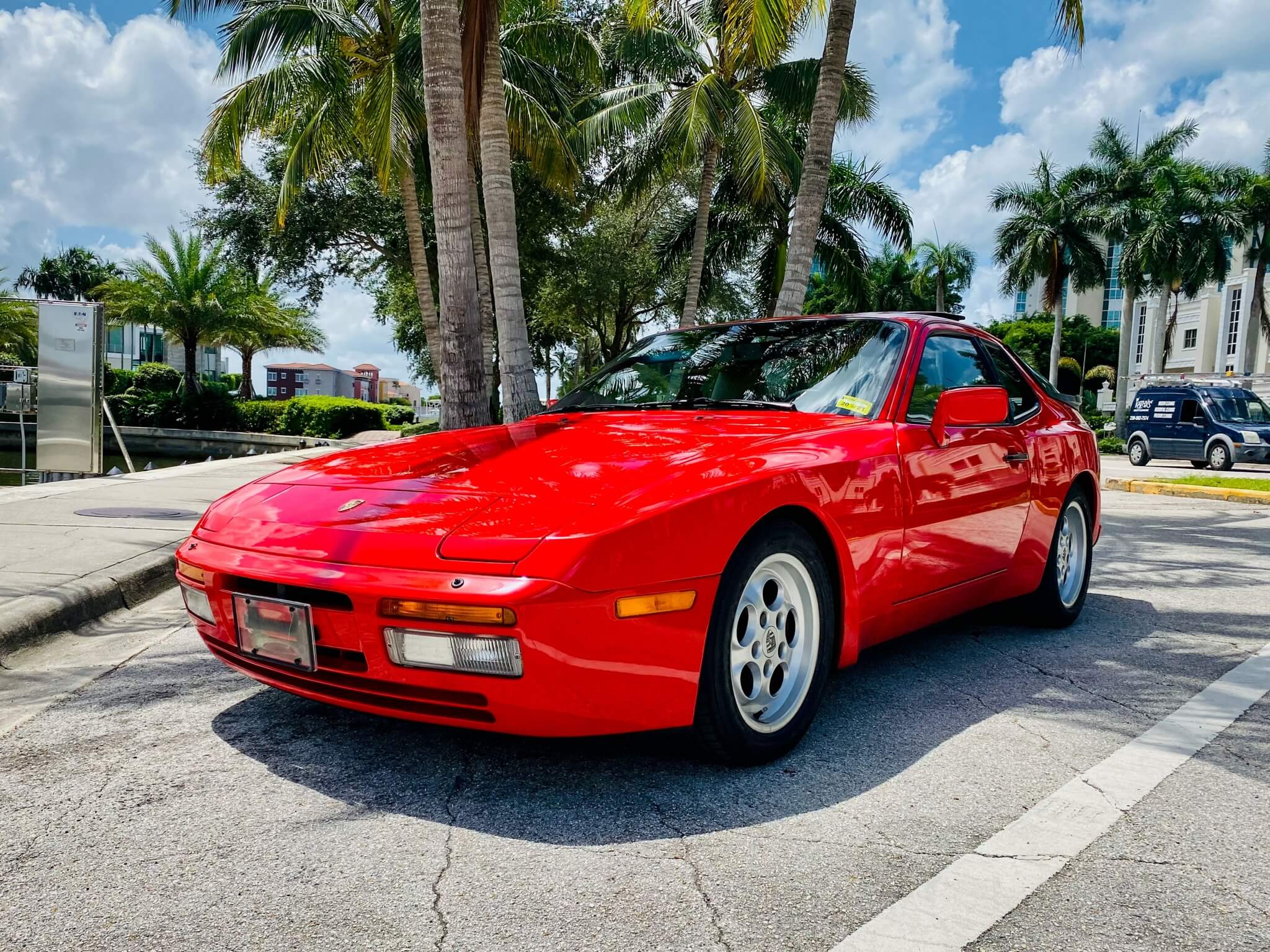 Now available for auction is this 1986 Porsche 944 Turbo finished in Guards Red over a beige partial leather interior. Equipped with a turbocharged inline four-cylinder engine paired with a 5-speed manual transaxle, this first-year 1986 example also comes with factory options including a limited-slip differential, a sunroof, rear window wiper, and 16” Phone Dial wheels.  It is said to have always been garage kept under the care of three previous owners and is accompanied by extensive service records showing replacements of the timing belt, water pump, clutch, power steering hoses, and much more. With just over 94k miles on the odometer, this increasingly sought-after 944 Turbo is now being offered for auction by its seller out of Florida. 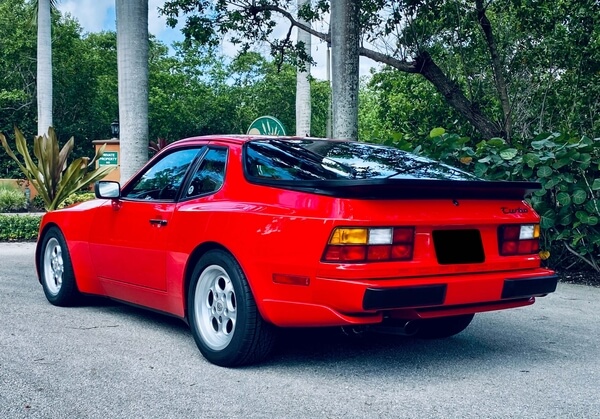 The 944 is finished in Guards Red and can be identified as a Turbo model by its aerodynamically revised nose with integrated fog lights and body-colored diffuser located beneath the rear bumper.  The seller reports a minor imperfection in the paint on the lower right rocker panel as depicted in photos #30 and #46 in the gallery.  This Turbo rides on factory 16” “Phone Dial” wheels which were recently refinished and dressed in new Continental ExtremeContact tires. 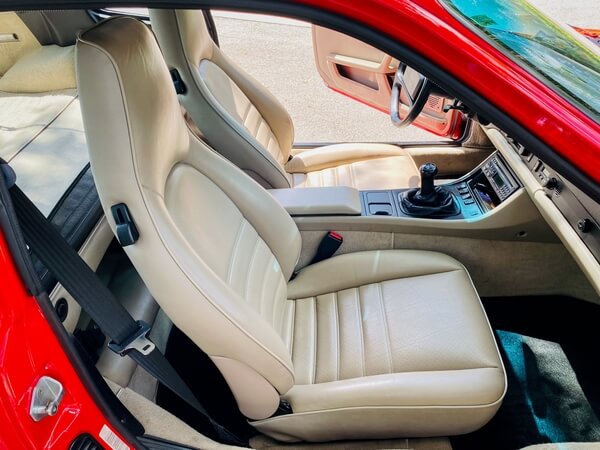 Inside, this 944 features a beige partial leather interior with an optional elevated steering wheel hub, power-adjustable seats, central locking system, sunroof, and rear window wiper.  The original radio has been upgraded to a vintage Blaupunkt Toronto RDM126 unit and the seller confirms all gauges and accessories to be fully functional. 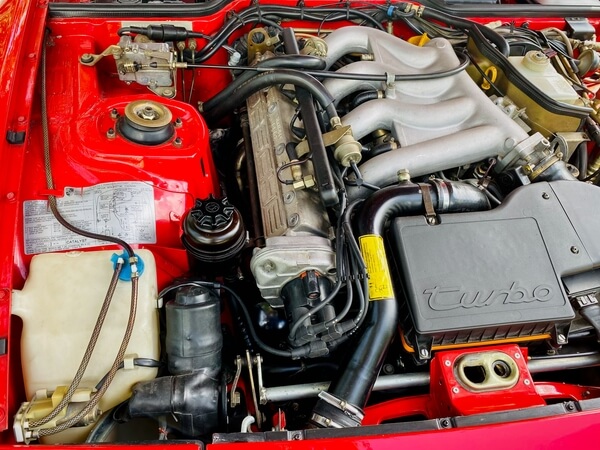 This 951 is equipped with a turbocharged 2.5 L inline four-cylinder engine that sends up to 220 HP to the rear wheels through a 5-speed manual transaxle with an optional limited-slip differential. A major service was carried out in 2016 at 89k miles including a new timing belt, water pump, and thermostat along with new crankshaft, and cam seals. A new Sachs clutch kit was also previous installed. At the present time, the timing belt is being replaced once again in preparation for sale along with the power steering hoses.  The seller adds that the timing belt was replaced twice before along with all other associated parts including the rollers, tensioners, pulleys, O-rings, etc. Corresponding invoices are provided for reference in the photo gallery. 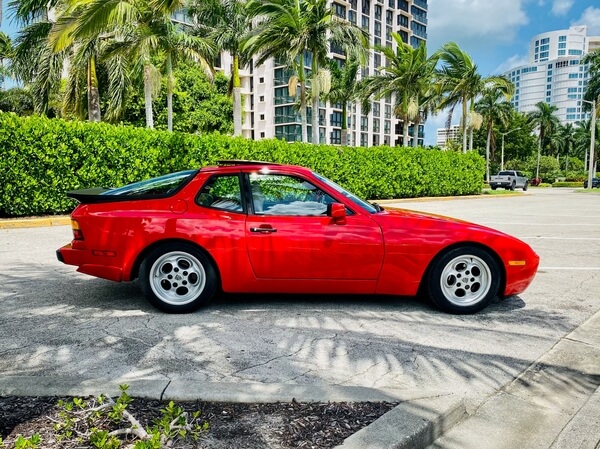 This sale will include a set of owner's manuals, a toolkit, service records, a spare tire, and a clean title. For any enthusiast in search of a vintage transaxle Porsche, this well preserved and thoroughly serviced 944 Turbo is not to be overlooked