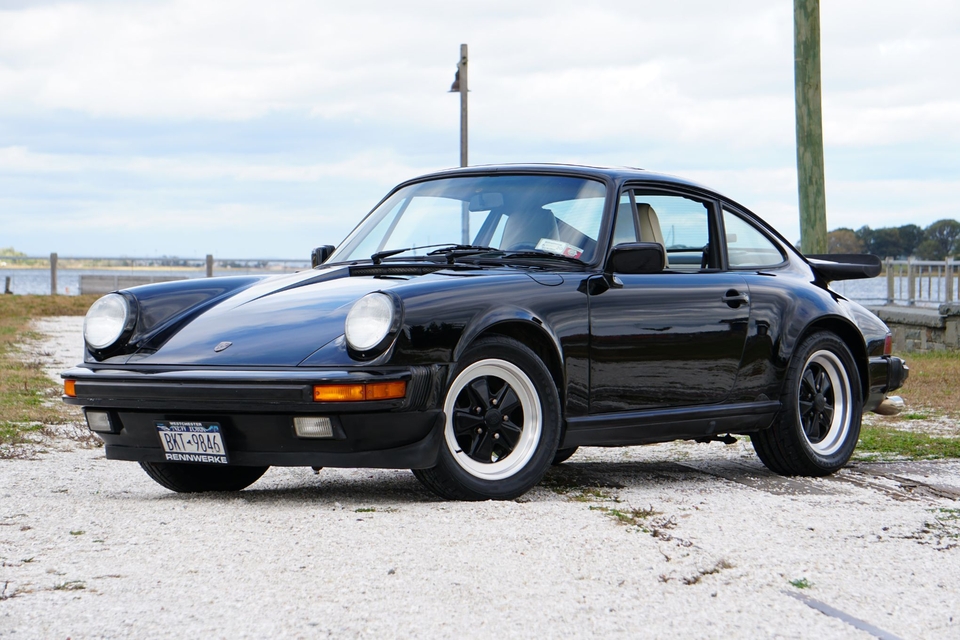 Up for auction is this 1987 911 Carrera Coupe.  Bringing back the Carrera name for the first time since 1977, the Carrera 3.2 made its debut in 1984 and would become the final iteration in the original 911 series.  This Carrera had been enjoyed by its original owner up until 2002 at which point the current owner purchased it from Champion Motor Group in Long Island with 42K miles. Finished in Black over a clean Linen interior, this Carrera is now being offered for auction showing just 80k miles on the odometer by its seller in New York. 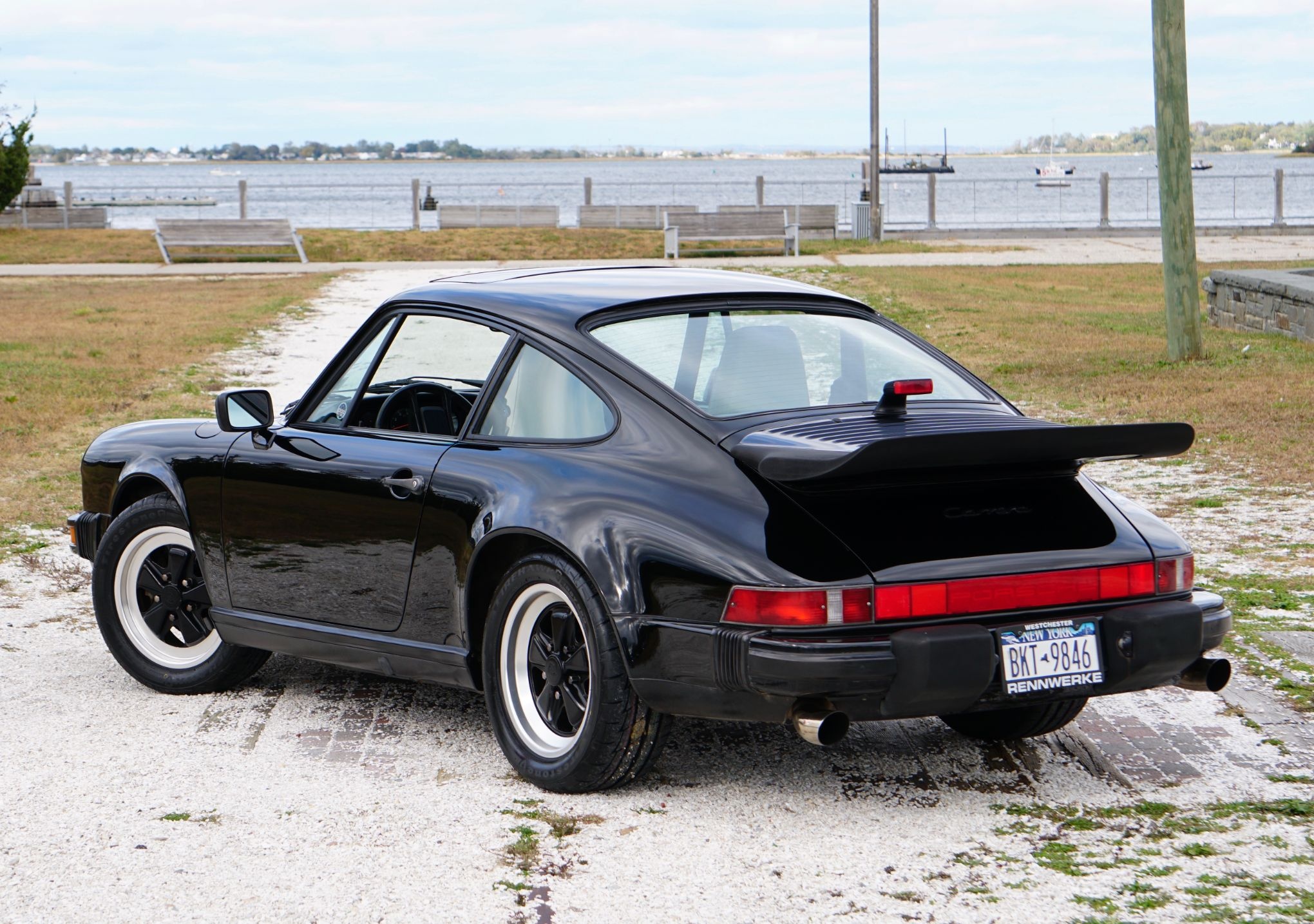 The Black paint on this Carrera shows to be in great condition for its age.  The current owner can confirm that no resprays were done under his ownership since 2002.  Paint meter readings are shown in the gallery photos.  The seller does note some flaws around the car including general road going wear.  This Carrera is optioned with factory equipped front and rear spoilers, giving it the iconic 80’s Porsche silhouette.  The original Fuchs remain in good condition and are mounted with brand new Firestone tires. 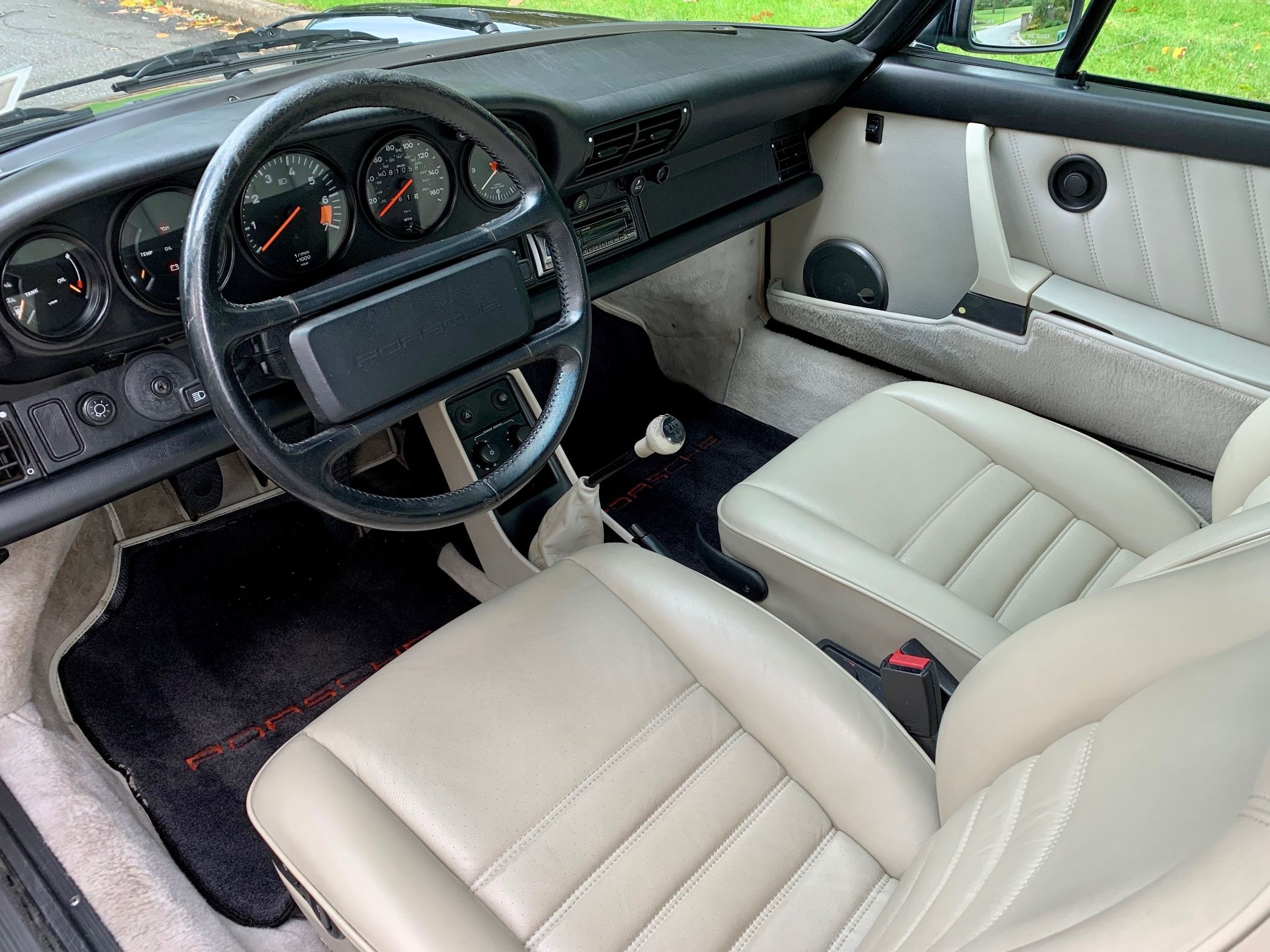 A crisp Linen interior has been optioned for this Carrera, beautifully contrasting the Black paint.  The seller confirms that the interior remains in well-above average condition with the only noteworthy flaws being a slightly worn headliner and some wear to the shift knob and steering wheel.  The seats have been professionally reupholstered, and the dashboard was completely replaced, under the sellers ownership.  The radio head unit and speakers have also been replaced, however, the seller confirms that no original wiring was cut out.  All accessories, gauges and electrical systems are said to be fully functional at this time. 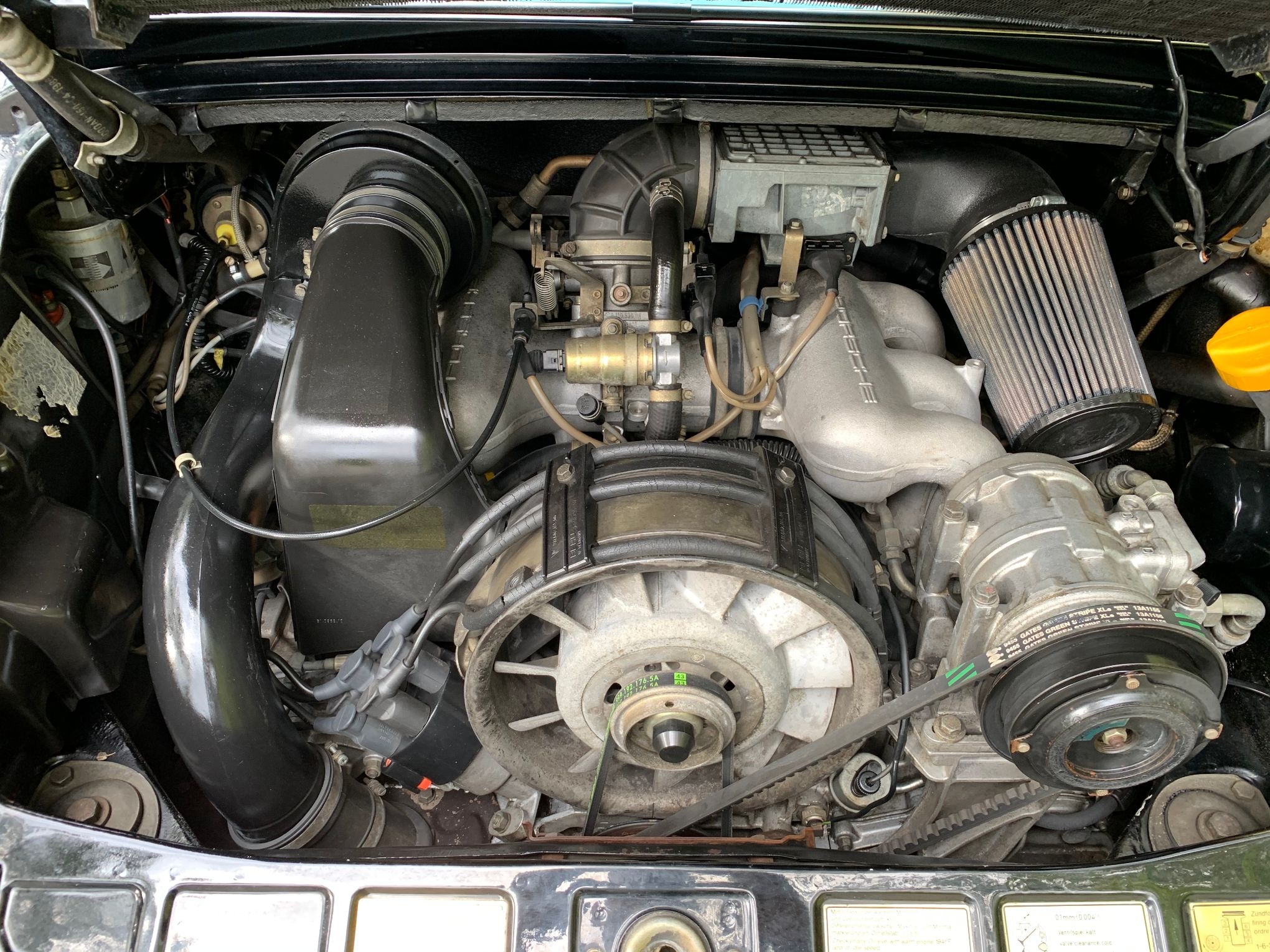 A huge improvement over the outgoing 911 SC, the 911 Carrera 3.2 boasted all new braking, electronic and suspension technologies as well as an 80% new 3.2L flat-six engine.  Sending 207HP to the rear wheels by way of 5-speed G50 transmission; this Carrera 3.2 achieves 0-60 in just 5.8 seconds (est).  A Rennwerke exhaust system and aftermarket airbox make for a more pronounced engine note while also delivering more horsepower.  Upgraded Bilstein shocks and struts provide a smooth and responsive ride.  Maintenance records from 2002 will be provided along with the original airbox. 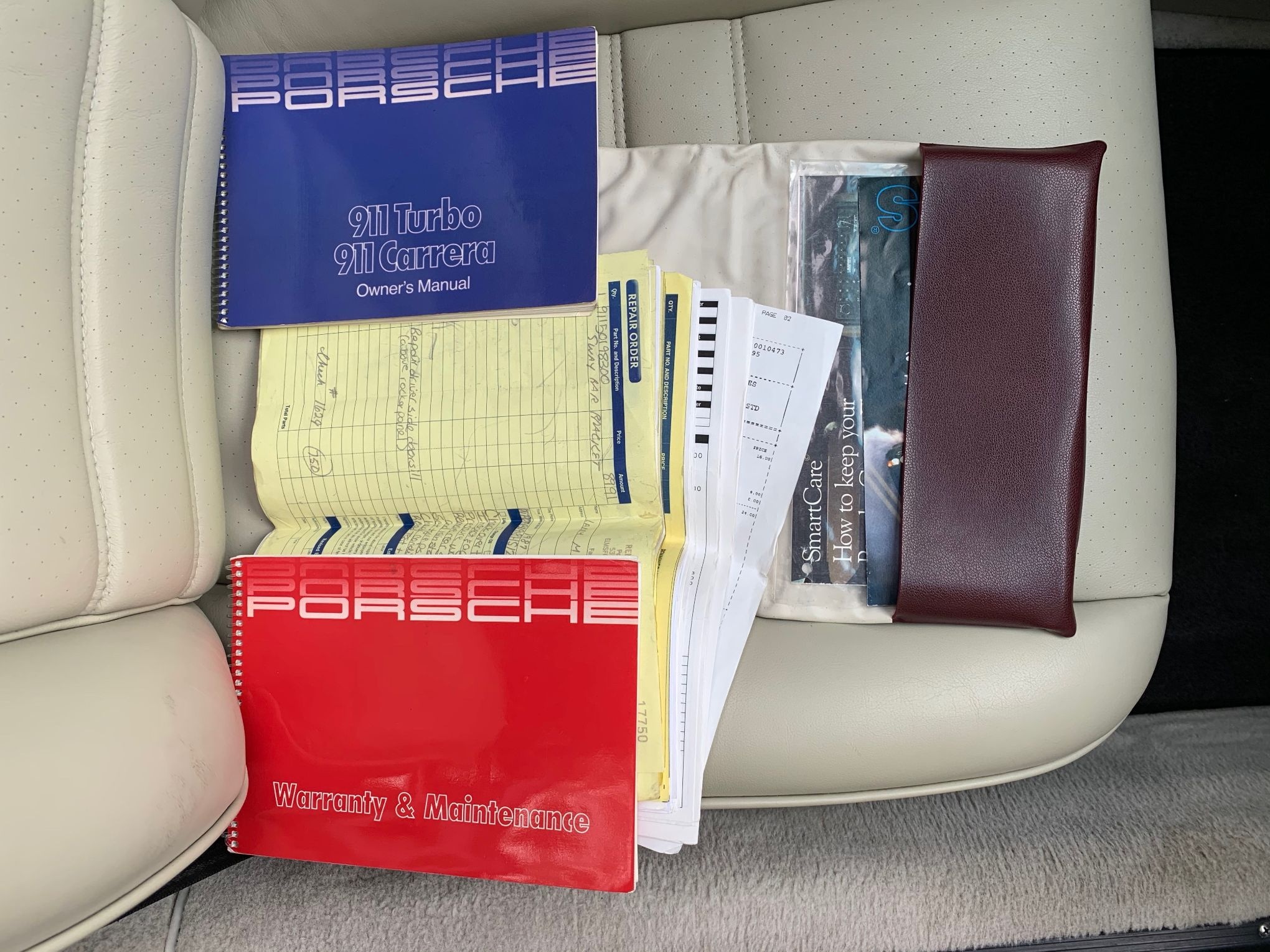 Included with the sale of this gorgeous Carrera be two factory keys, original books and the toolkit.  Do not miss your chance to own this solid 1987 Carrera 3.2.