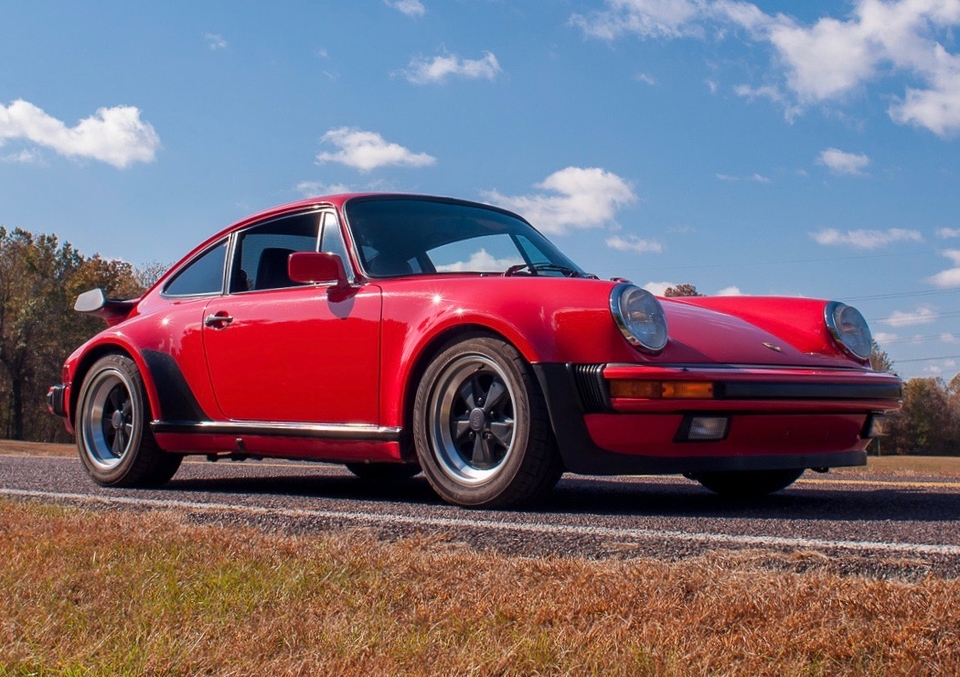 Up for auction is this sought-after 1987 Porsche 930 Turbo presented in Guards Red over a black leather interior.  Originally sold in Florida, this 930 would eventually make its way up to Wisconsin during the mid-90’s before returning to Florida in 2001.  Highlighting a fully rebuilt and upgraded numbers matching 3.3L turbocharged engine, this 930 underwent an extensive amount of service between 2013-2014 at Stahl Motorsports.  This example is now being offered out of Missouri in fantastic condition showing approximately 76k miles on the odometer. 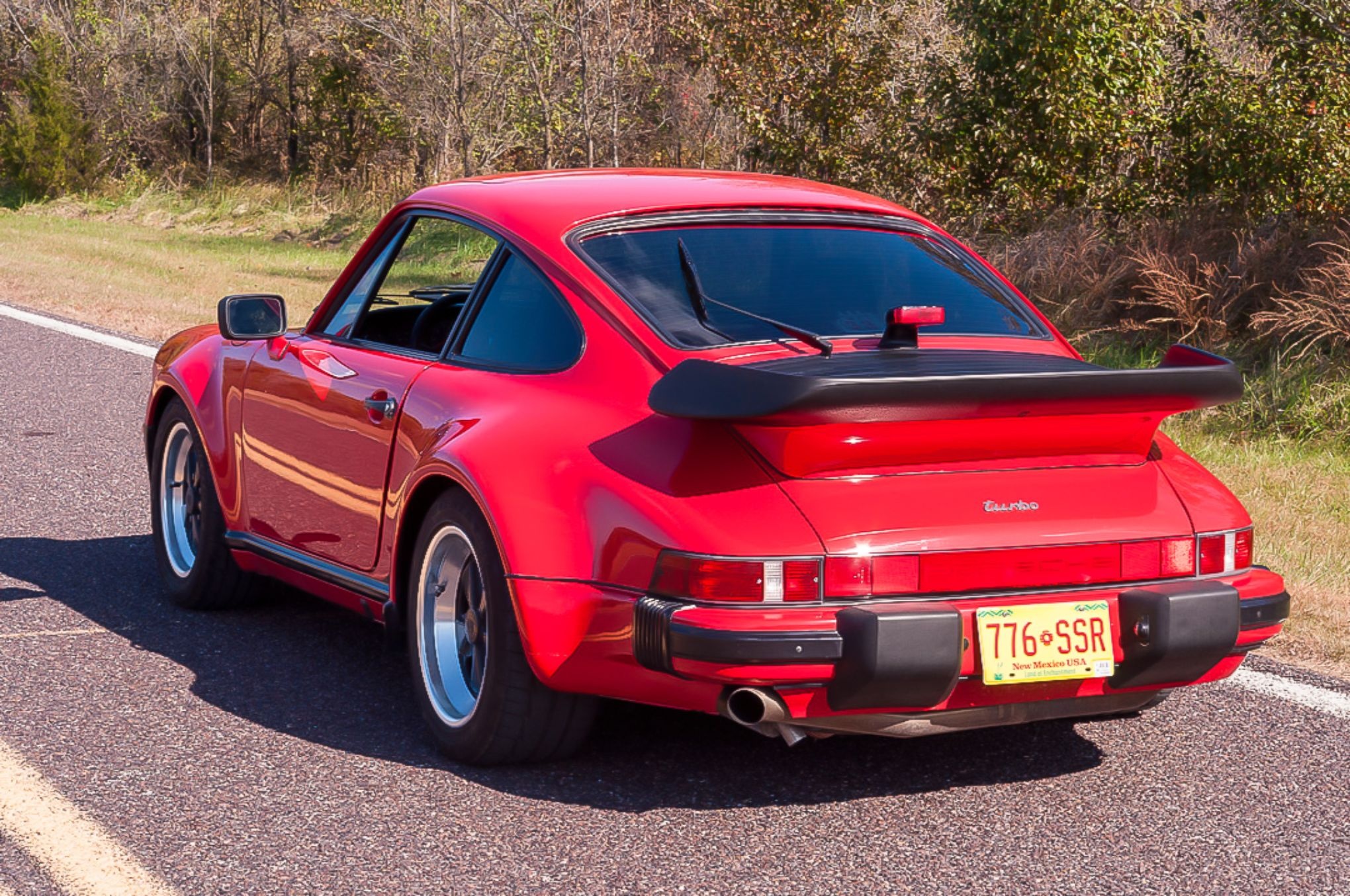 Showing to be in excellent condition, this 930 was professionally refinished in its original color of Guards Red by the previous owner.  An AutoCheck report cites an incident involving the left door of the vehicle in 1988, however, any damage sustained during this time is believed to have been strictly cosmetic.  Detailed photos along with paint meter readings are available in the photo gallery.  Exterior details include a “tea-tray” rear spoiler, a lower front spoiler, rear fender stone guards, tinted windows and chrome headlight rings.  This Turbo rides on a set of staggered-width factory forged 16" Fuchs wheels which were mounted with Bridgestone Potenza RE-11 tires. 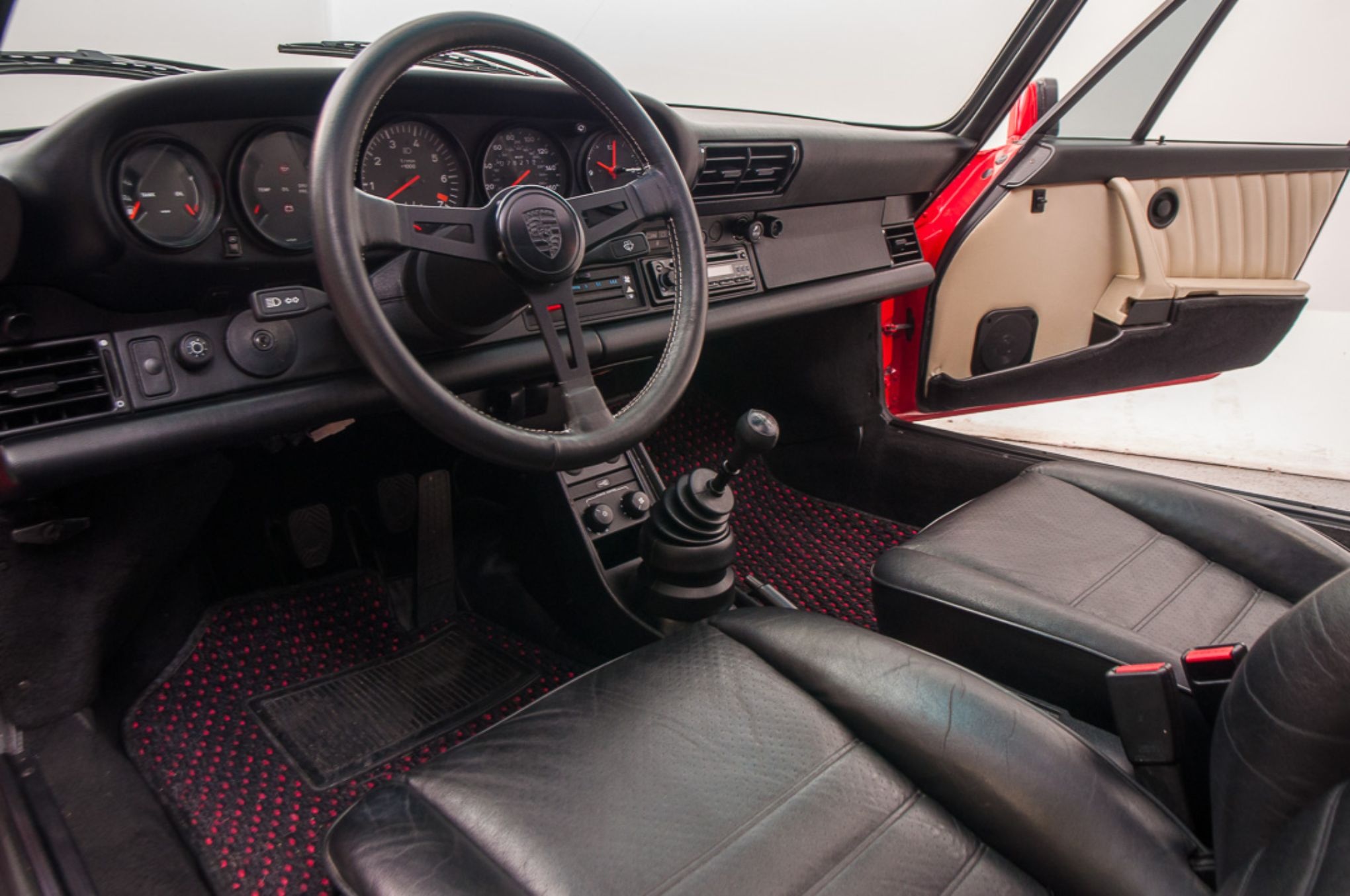 The black interior of this 930 is shown to be in excellent shape for its age and mileage.  Factory features include power-adjustable front seats, power windows and mirrors and an electrically operated sunroof.  An upgraded Nakamichi stereo has been installed along with an aftermarket 3-spoke steering wheel.  Records indicate that new carpets were fitted in 2013 and that the A/C system was also refurbished with a new condenser, evaporator, blower motor, receiver/drier, and plumbing ($6k cost).  The seller confirms that the original steering wheel will be included in-sale along with a set of black and red Coco mats. The seller notes that the rear window wiper and front fog lights are currently inoperable, however, all other gauges, electrical components and accessories remain fully functional. 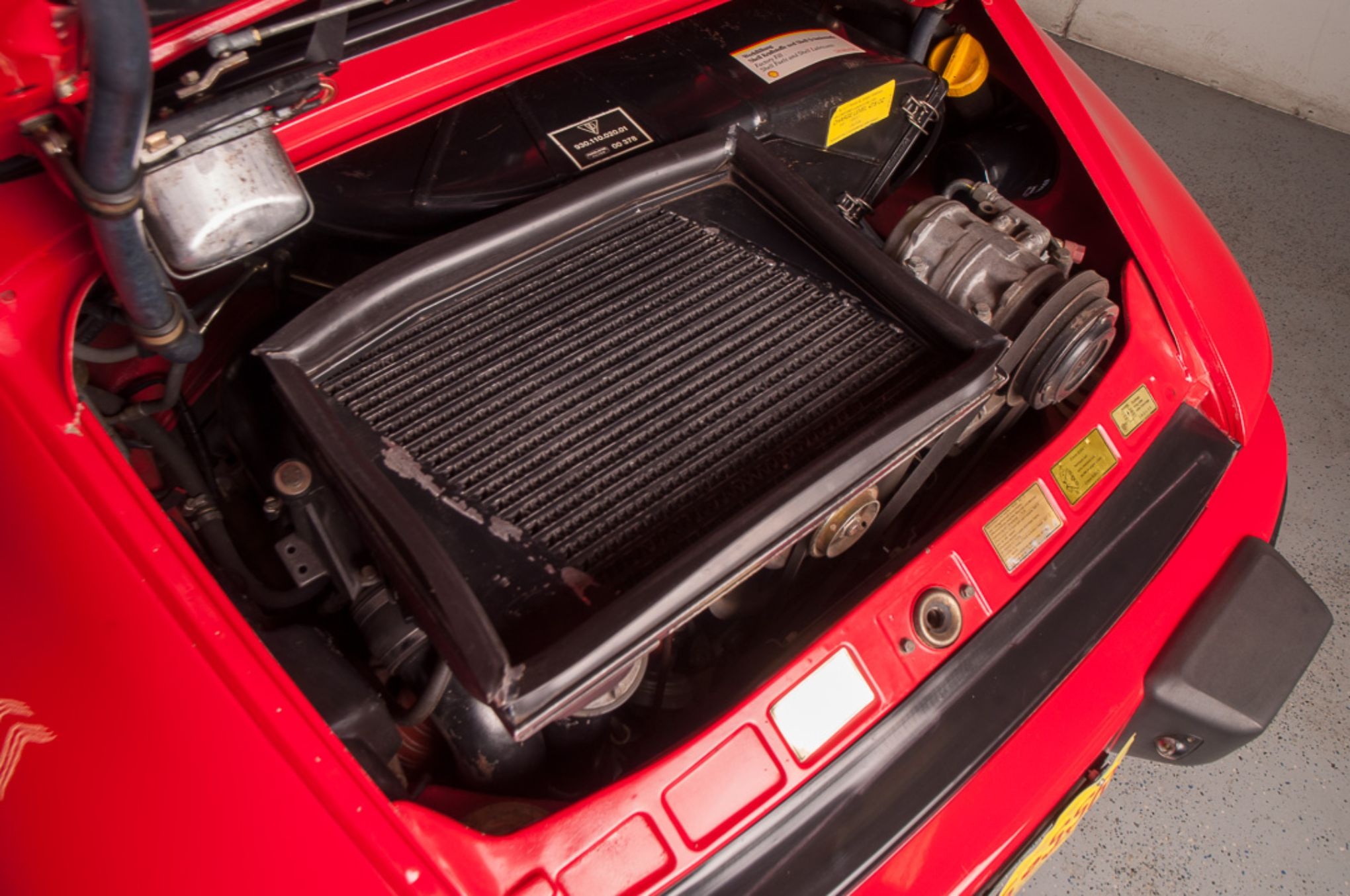 This 930 carries its original air-cooled 3.3L turbocharged flat-six engine rated at 282 HP and 289 lb-ft of torque stock.  The rear wheels are driven by way of a traditional 4-speed manual transmission making for a swift 0-60 time of approximately 5 seconds. 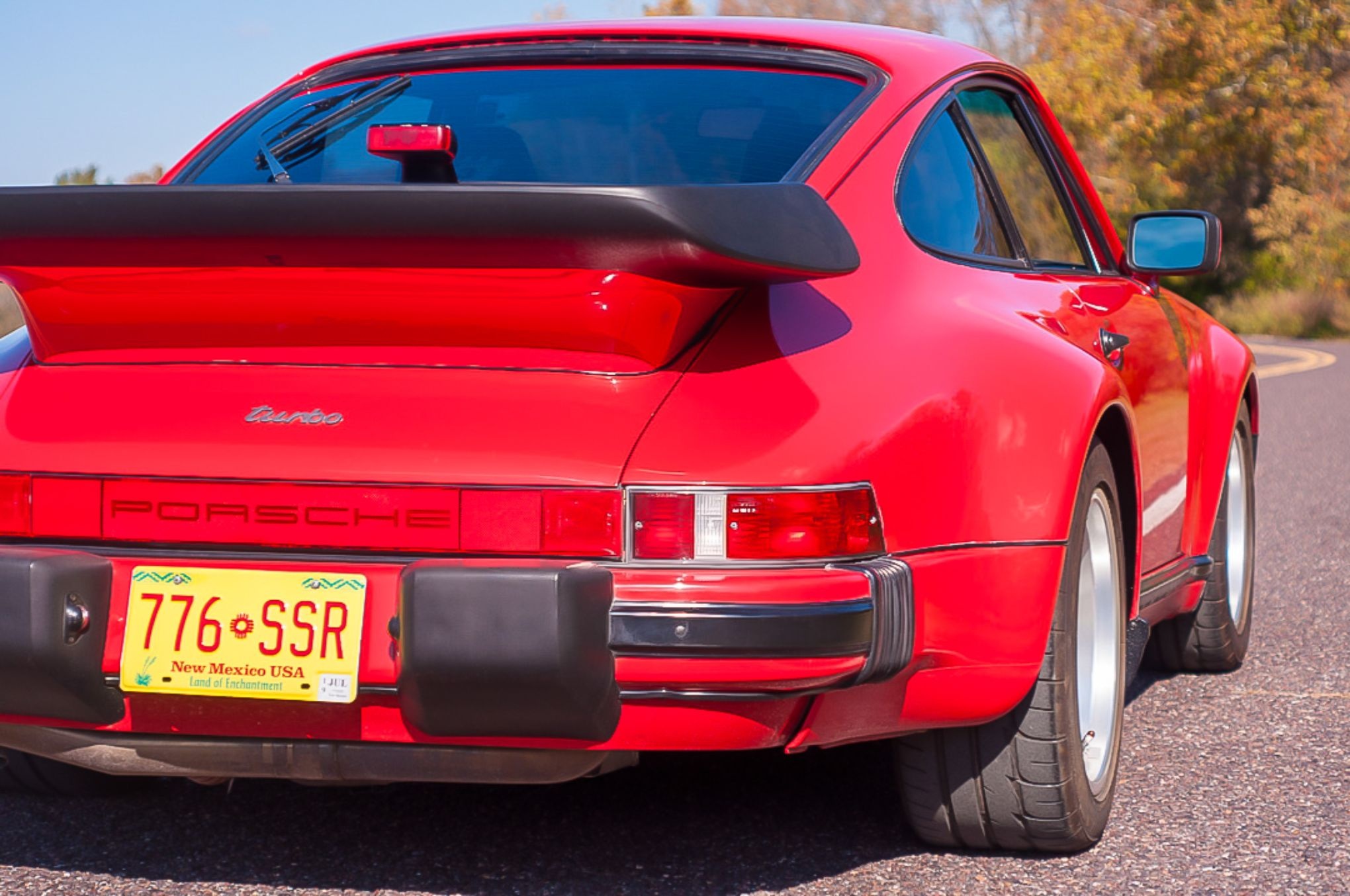 Between 2013-2014, Stahl Motorsports of West Palm Beach carried out an extensive mechanical refurbishment campaign which included a rebuilt engine and transmission.  During this time the engine received new main bearings, rod bearings, head studs, timing chains, rocker arms, valves, piston rings, and more.  A new clutch kit, flywheel and axles were also installed along with billet 964 Turbo S-style cams and a K27 turbocharger.  An aftermarket exhaust was fitted in March of 2016, along with new engine mounts and early-style oil lines.  Having undergone a routine fluid and filter change in August of 2019, this 930 is stated to be in excellent running order. 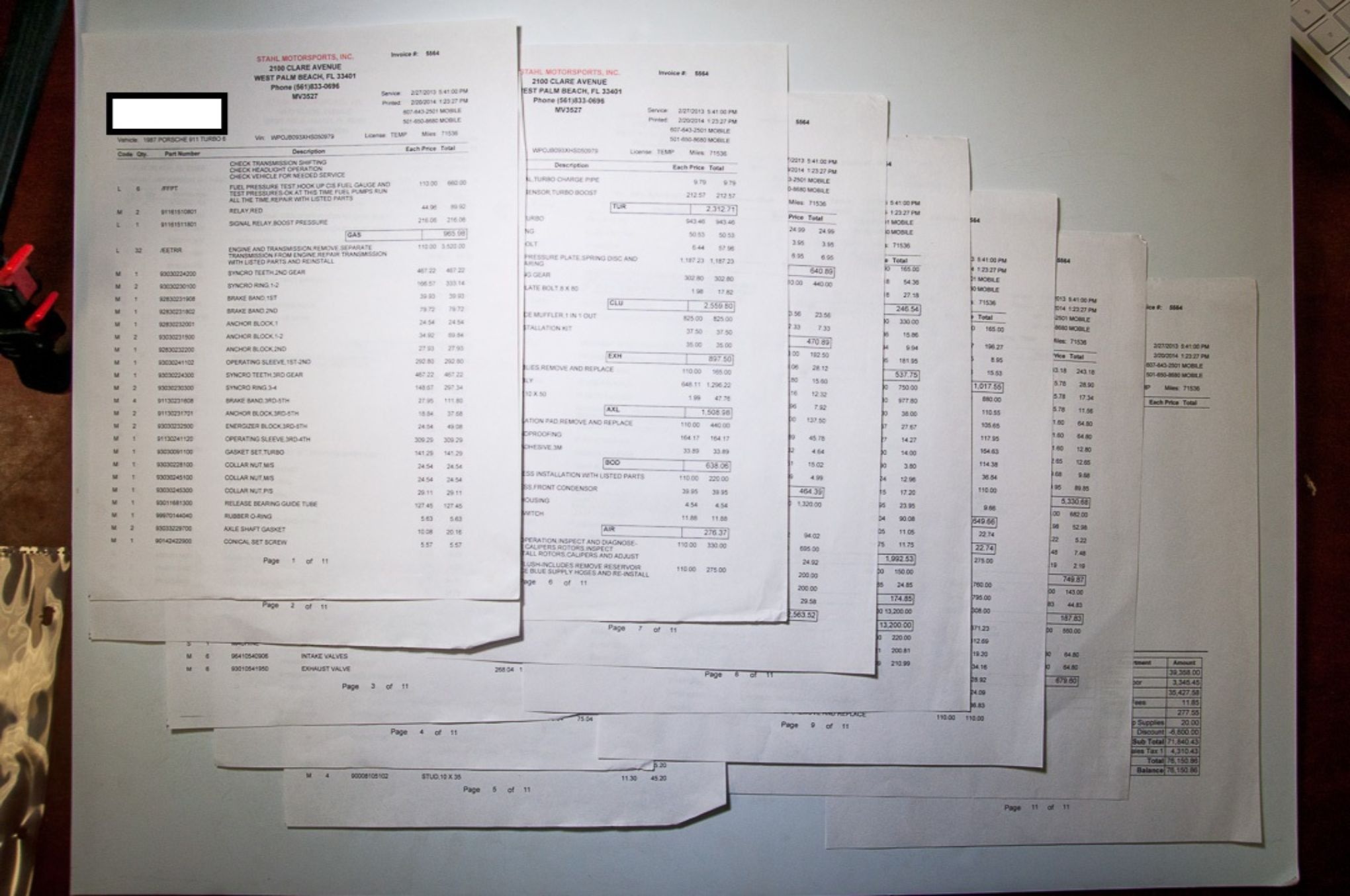 The sale of this Turbo will include two keys, original books, maintenance records, original parts and an AutoCheck report.  Complete with a fully rebuilt engine and transmission as well as clear New Mexico title, this 930 is ready to start its journey with a new owner.