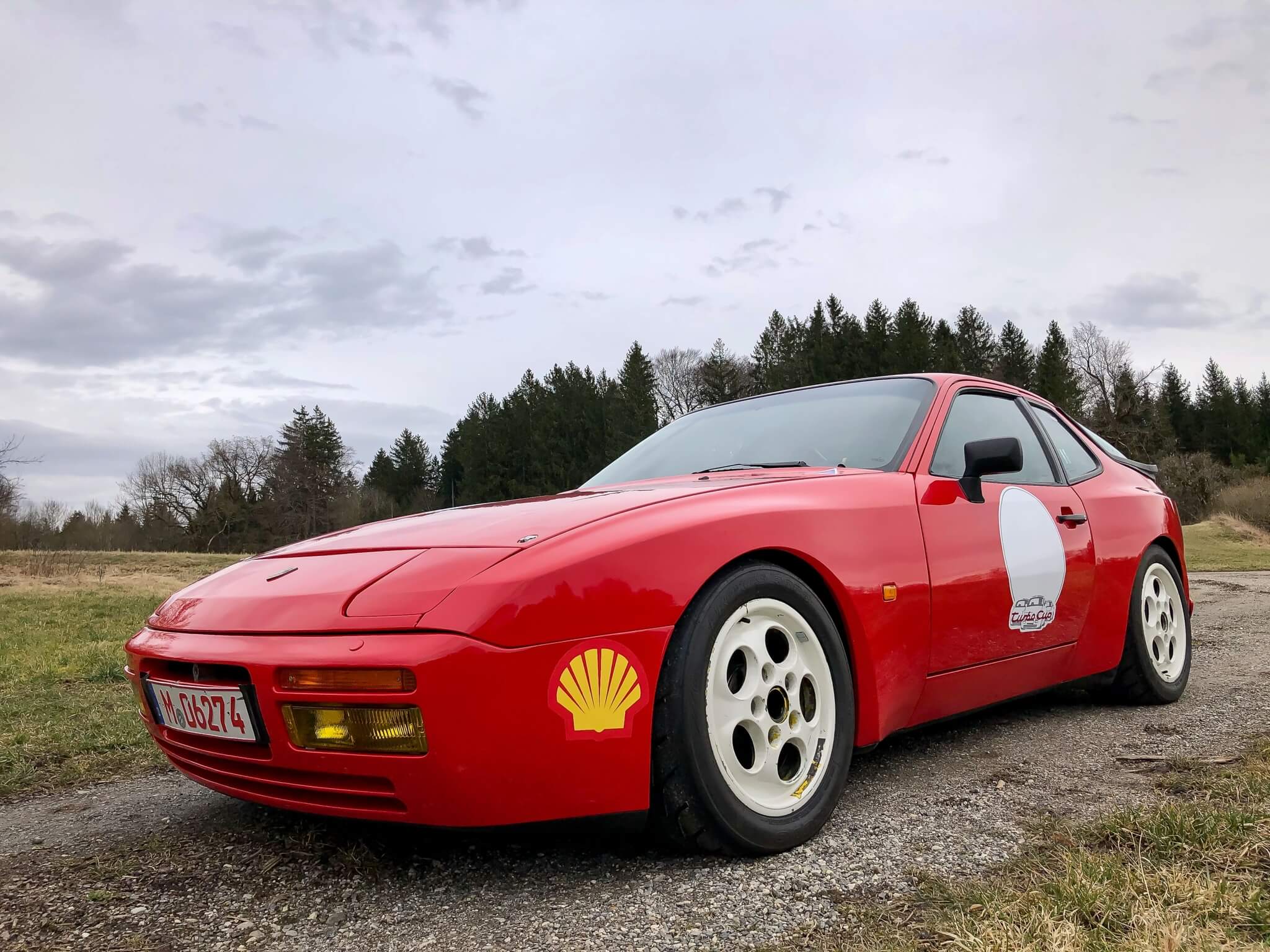 Titled from new as a Weissach-built factory race car, the 944 Turbo Cup was developed as Porsche’s first-ever “Cup” car for the new Cup Racing Series in Europe, South Africa, and North America.  These lightweight 951s came factory fitted with upgraded adjustable suspension, larger brakes, track-tuned ABS, a limited-slip differential, and a special 2.5L engine featuring a magnesium intake manifold and oil sump as well as a larger turbocharger.  This rare 1987 example, chassis 104174, had been campaigned in the French 944 Turbo Cup series up until 1990 when it was sold to a new owner and registered as a road-legal vehicle.  Accompanied by extensive French documentation, a racing logbook, and owner’s manuals, this authentic 944 Turbo Cup is now being offered for auction by its seller out of Munich, Germany showing approximately 50k kilometers (31k miles) on the odometer. 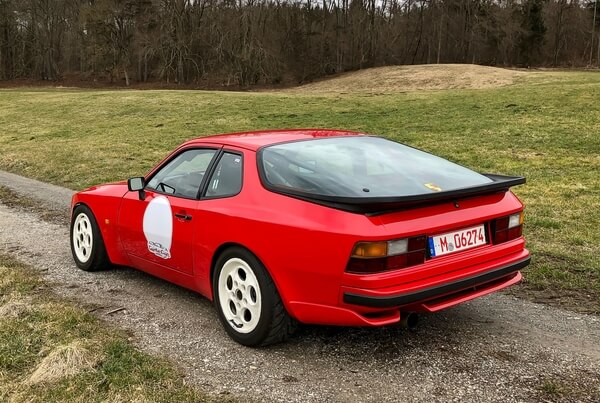 Compared to a standard 944 Turbo, the Cup version was outfitted with a lightweight fiberglass hood, hood pins, manually operated mirrors, a sunroof delete, rear wiper delete, and additional seam-welds throughout the length of the unibody chassis. Presented in Guards Red (indischrot), this 951 was completely refinished in its original color during a bare metal respray in Germany about three years ago. It was discovered during this time that the left rear fender had been replaced at some point.  The car rides on a set of factory 16”x8” and 16”x9” magnesium phone dial wheels dressed in three-year-old Yokohama semi-slick performance tires. Some minor stone chips are noted on the front, detailed images are provided in the gallery. 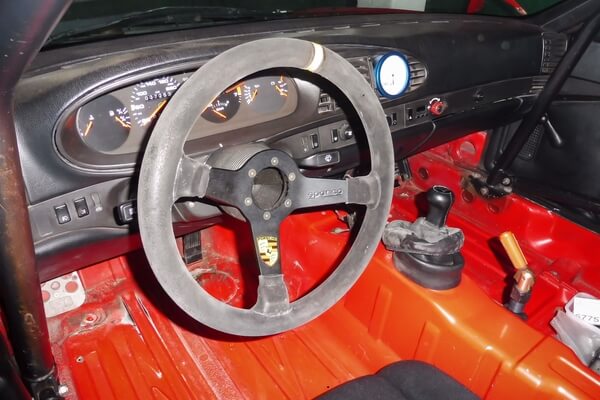 The cabin is stripped for weight savings apart from a dashboard, door panels, and headliner.  Racing equipment includes a Nomex Recaro bucket seat, Sabelt 6-point safety harness, a full roll cage, Sparco steering wheel, a boost control knob, and a rare original halon fire suppression system. All gauges and accessories are said to be working properly, while the seller notes some safety equipment may need to be updated for racing per FIA standards. 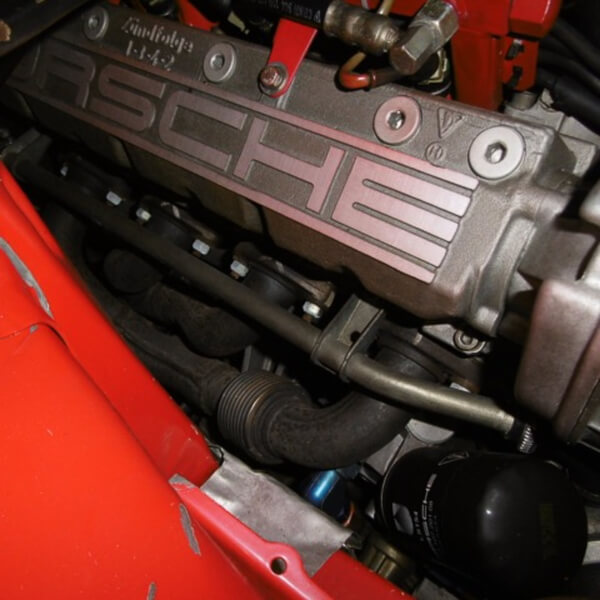 The 944 Turbo Cup features a special Weissach-tuned 290 HP 2.5L engine with a magnesium intake manifold and oil sump as well as a larger turbocharger and performance exhaust system.  The rear wheels are driven through a 5-speed manual transaxle with a 40% limited-slip differential and oil cooler.  The Turbo Cup also featured larger cross-drilled brakes with specialized ABS tuning as well as an adjustable track-tuned suspension.  The engine was rebuilt by marque specialist Telkamp as documented in a €7,400 invoice which included the installation of a new turbocharger and clutch.  Only 1 hour of use has been logged on the engine since its rebuild and the seller notes the tamper-evident seal on the airflow sensor from SONAUTO (general French importer for Porsche and organizer of the Cup racing series in France) remains intact as a testament to the car's originality. 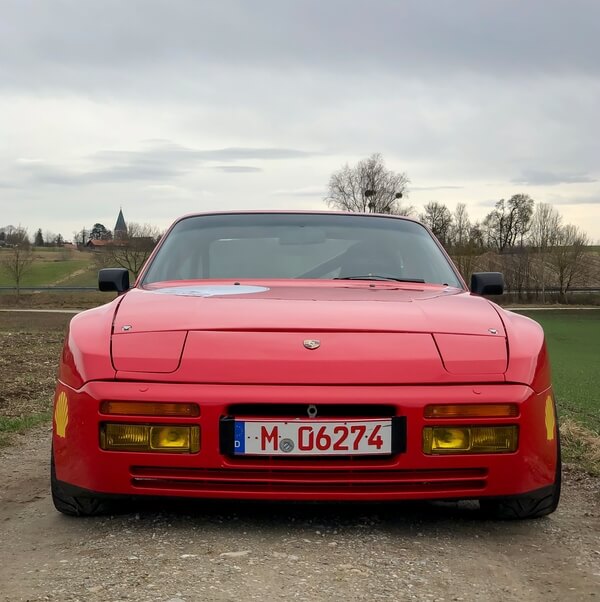 This sale will include the original owner's manuals and a collection of records, invoices, and documentation. The sale price will include shipping to the port of New York, Los Angeles, or Miami, while customs clearance is the responsibility of the buyer. Do not miss this incredible opportunity to own a factory-built Porsche 944 Turbo Cup with authentic racing provenance.