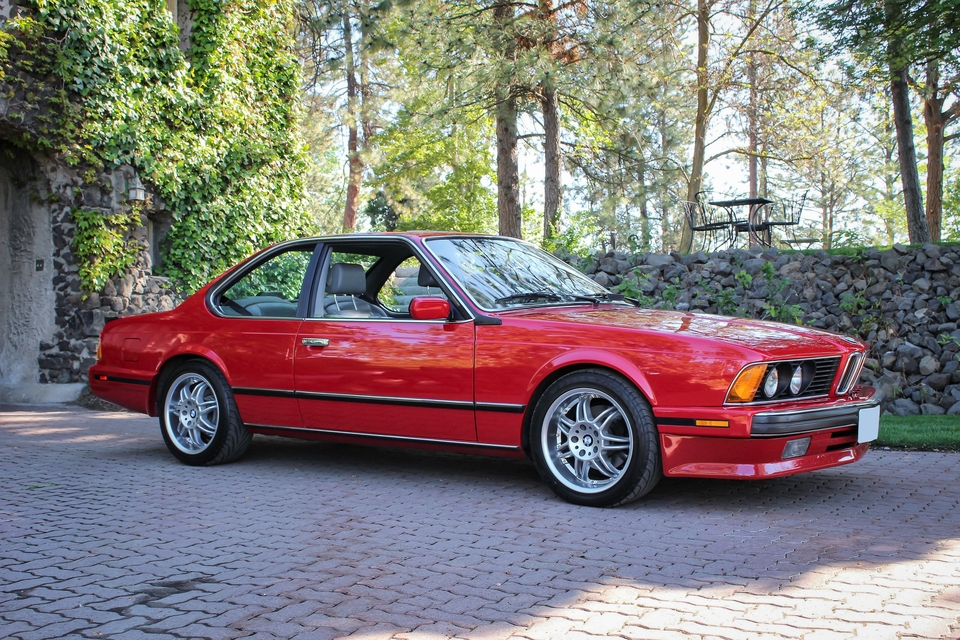 We are pleased to offer this highly collectible 1988 BMW E24 M6 finished in Cinnabar Red over a Silvergrey Nappa leather interior. The E24 was BMW's original 6-series grand touring car, with the M6 version carrying an S38 inline-six engine derived from the legendary BMW M1 race car. Of the 5,855 examples built in total, only 1,767 were imported to North America. This incredibly well preserved and highly original example was purchased at Santa Monica BMW of California at an original sticker price of over $58k. Having been under the care of the current owner since 2005, this M6 has lived a pampered life and is accompanied by a binder of service records dating back to the original purchase. With just over 53k miles showing on the odometer, this first-generation BMW M6 is now being offered for auction by its seller out of Washington. 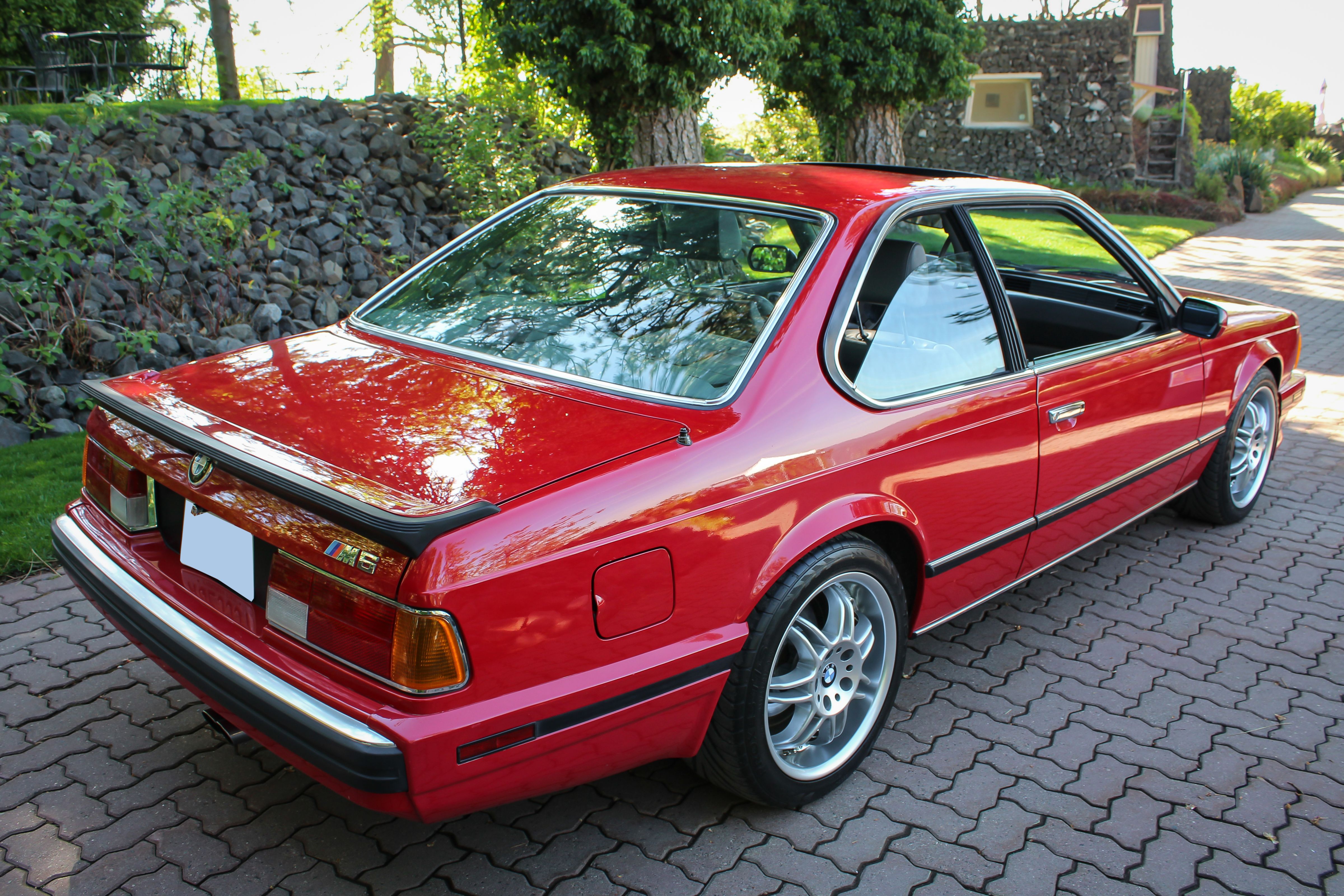 The Cinnabar Red finish is described to be original throughout and with only minimal signs of road-going wear including a small blemish on the front bumper. Detailed images and paint meter readings are provided in the gallery along with a clean CARFAX report. The 1988 model M6 can be distinguished by its M-badging on the grille and trunk lid, slimmer safety bumpers, rear spoiler, and chrome window moldings.  A set of aftermarket MOMO wheels with Yokohama tires are currently installed, and the factory BBS cross-spoke metric wheels have been preserved separately while still encased in their original Michelin TRX tires. 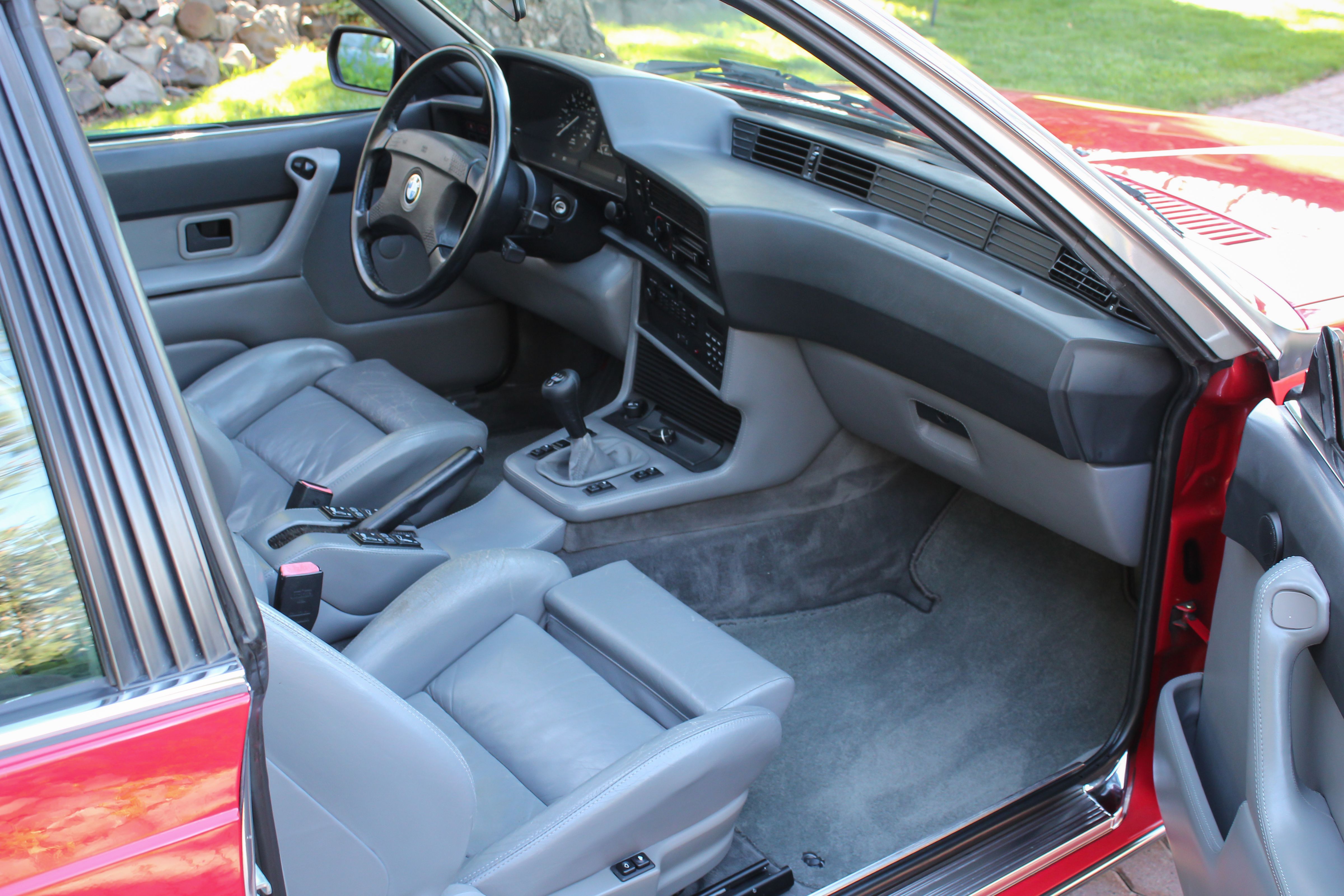 Inside, the Silvergrey Nappa leather interior is reported to be in great shape with all factory specifications retained.  The “halfline” leather upholstery includes hand-stitched Nappa leather on the seats, door panels, center console, glove box door, headliner, sun visors, door pillars, upper door trim, and dashboard.  Standard features include power seats with driver’s side memory, air conditioning, and a power sunroof. Optional features include rear air conditioning with a beverage cooler as well as a rear sunshade. The seller reports all gauges and accessories to be functioning properly at this time. 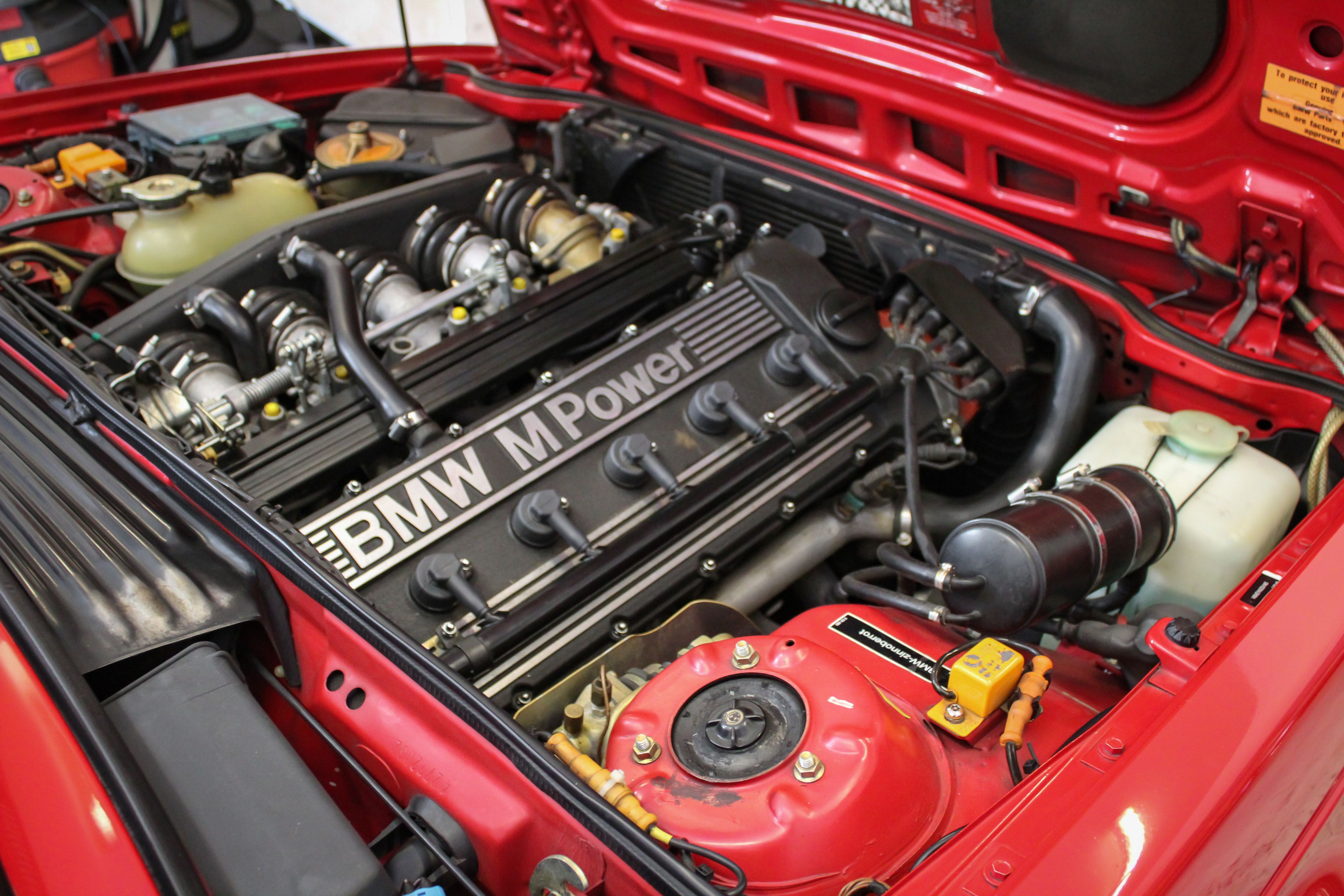 The E24 M6 is powered by an S38 3.5L 24-valve inline-six engine.  Producing up to 256 HP at 6500 RPM, this motorsport-derived powerplant is nearly identical in design to the M88 engine used in the M1 race car, with the exception of its wet-sump lubrication and emissions-compliant catalytic converters. Power is delivered to the rear wheels through a 5-speed manual transmission, allowing the M6 to accelerate from 0-60 MPH in under 7 seconds while reaching a top speed of nearly 160 MPH. Compared with the standard 6-series of the time, the M6 received larger brakes and larger anti-roll bars as part of its BMW Motorsport treatment. Additionally, this M6 has been upgraded with a Dinan Stage 1 suspension kit including new struts, springs, and shocks. This M6 has reportedly been kept up to date with routine maintenance throughout the years and is said to be accompanied by a collection of service records dating back to new. 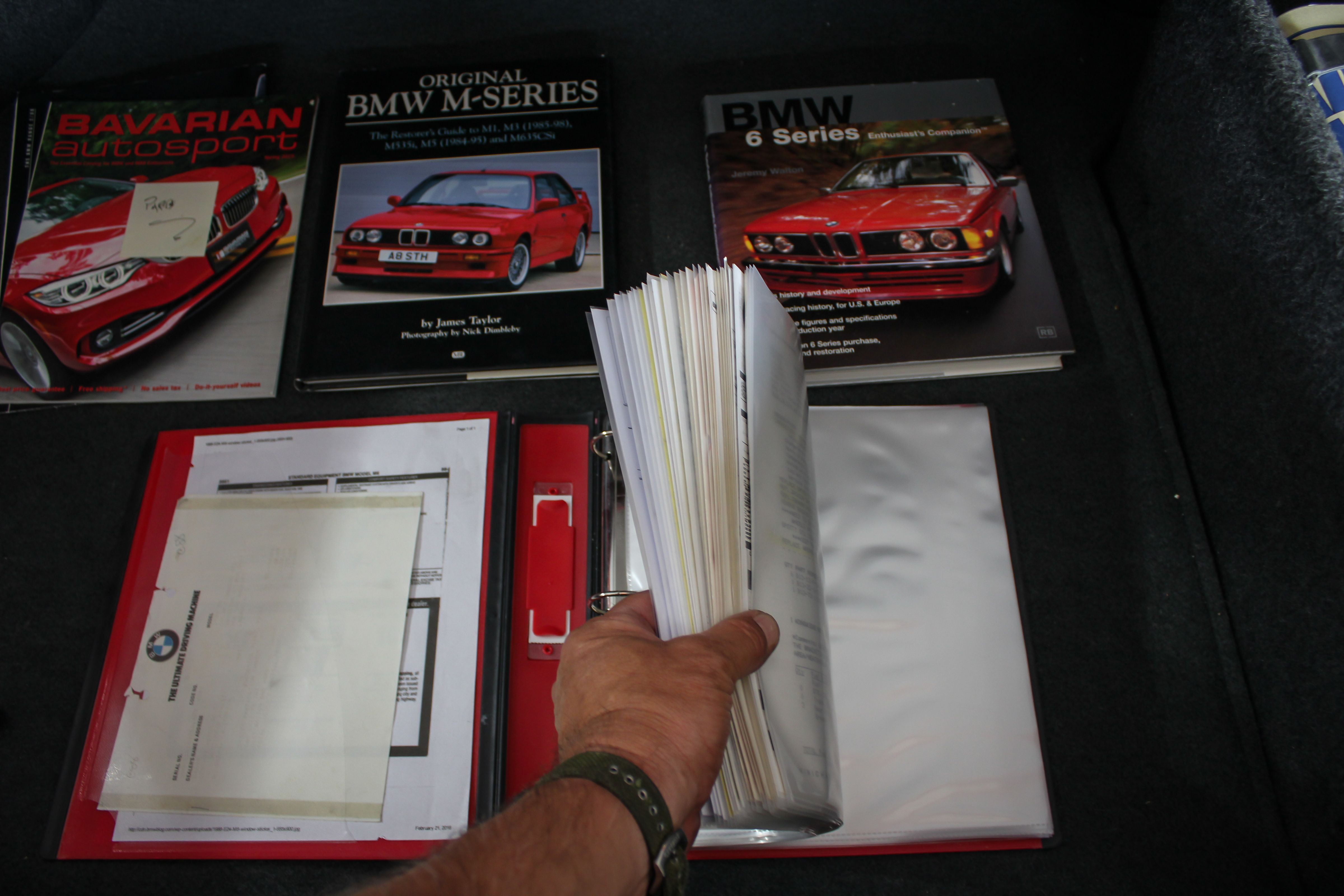 This sale will include a set of keys, a clean title, original owner’s manuals, the original sales brochure, a toolkit, a sealed first aid kit, all service records from new, and the factory BBS wheels with original Michelin TRX tires.  One of BMW’s most iconic M-cars, this highly original E24 M6 would make a perfect complement to any classic European car collection.