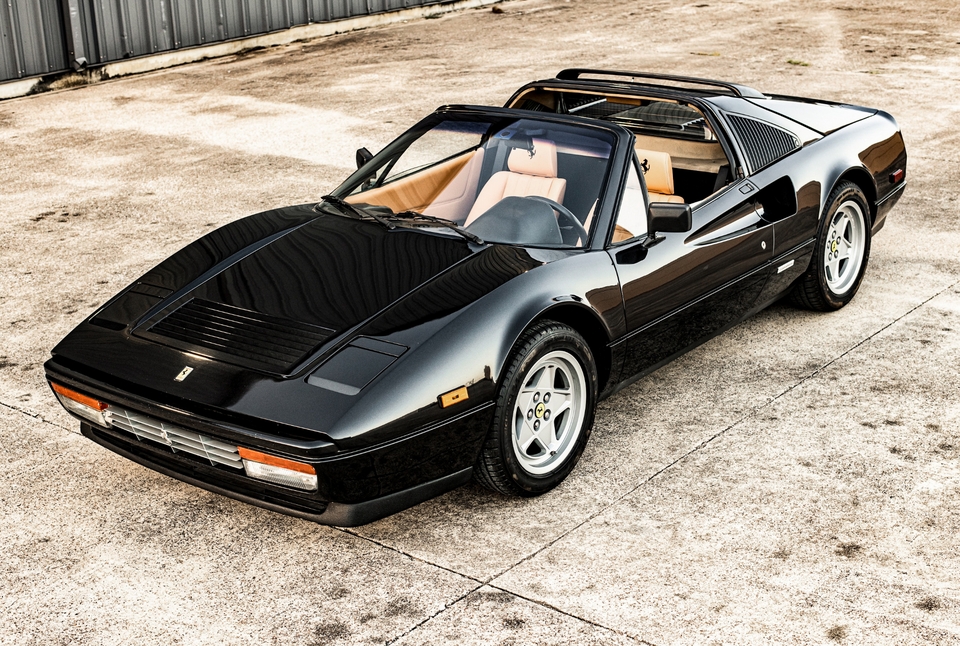 Now up for auction is this 1988 Ferrari 328 GTS presented in Nero Metallic over tan leather.  As the final evolution of Ferrari's transverse-mounted naturally aspirated V8, the 328 series is considered by enthusiasts today as one of the more reliable and usable classic Ferrari’s on the market.  This 1988 Gran Turismo Spider (GTS) version underwent a very recent engine-out service at a cost of over $5k which included new timing belts and a water pump replacement.  Reported to have been originally sold in Illinois before spending most of its life in California, this beautifully presented 1988 example is now being offered by its seller in Texas with approximately 47k miles showing on the odometer. 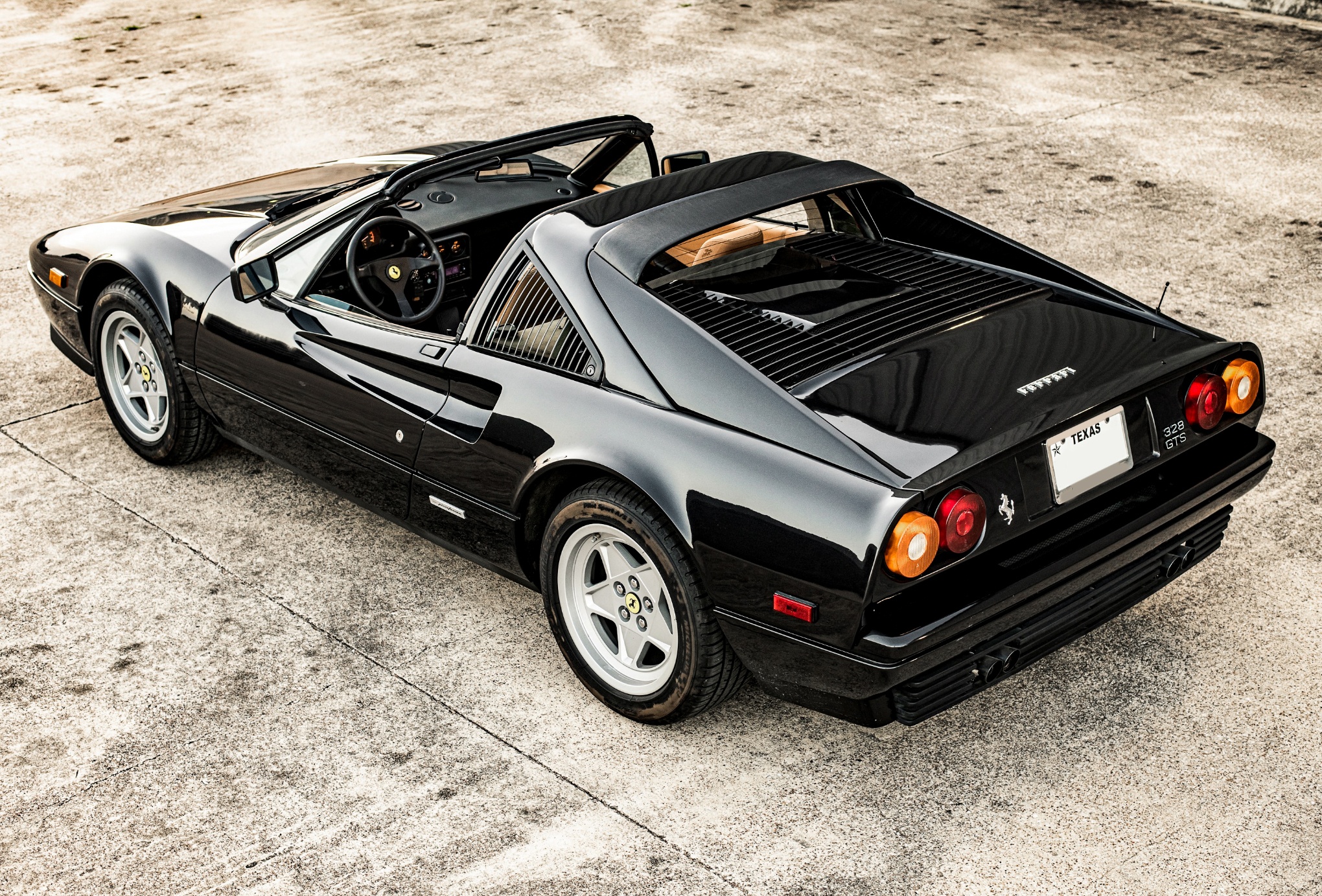 The factory specified Nero Metallic finish on this 328 is said to be in excellent overall condition except for some slight rock chips on the front fascia.  The rear quarter panels and engine lid are also said to have been most likely refinished under previous ownership (detailed images are provided in the photo gallery).  The Pininfarina-designed bodywork was carried from its predecessor, the 308, but with some notable changes including a redesigned, more rounded nose and body-colored bumpers.  This Spider features a removable black roof panel and factory 16” 5-spoke wheels that are currently wearing Michelin Pilot Sport A/S 3 tires. 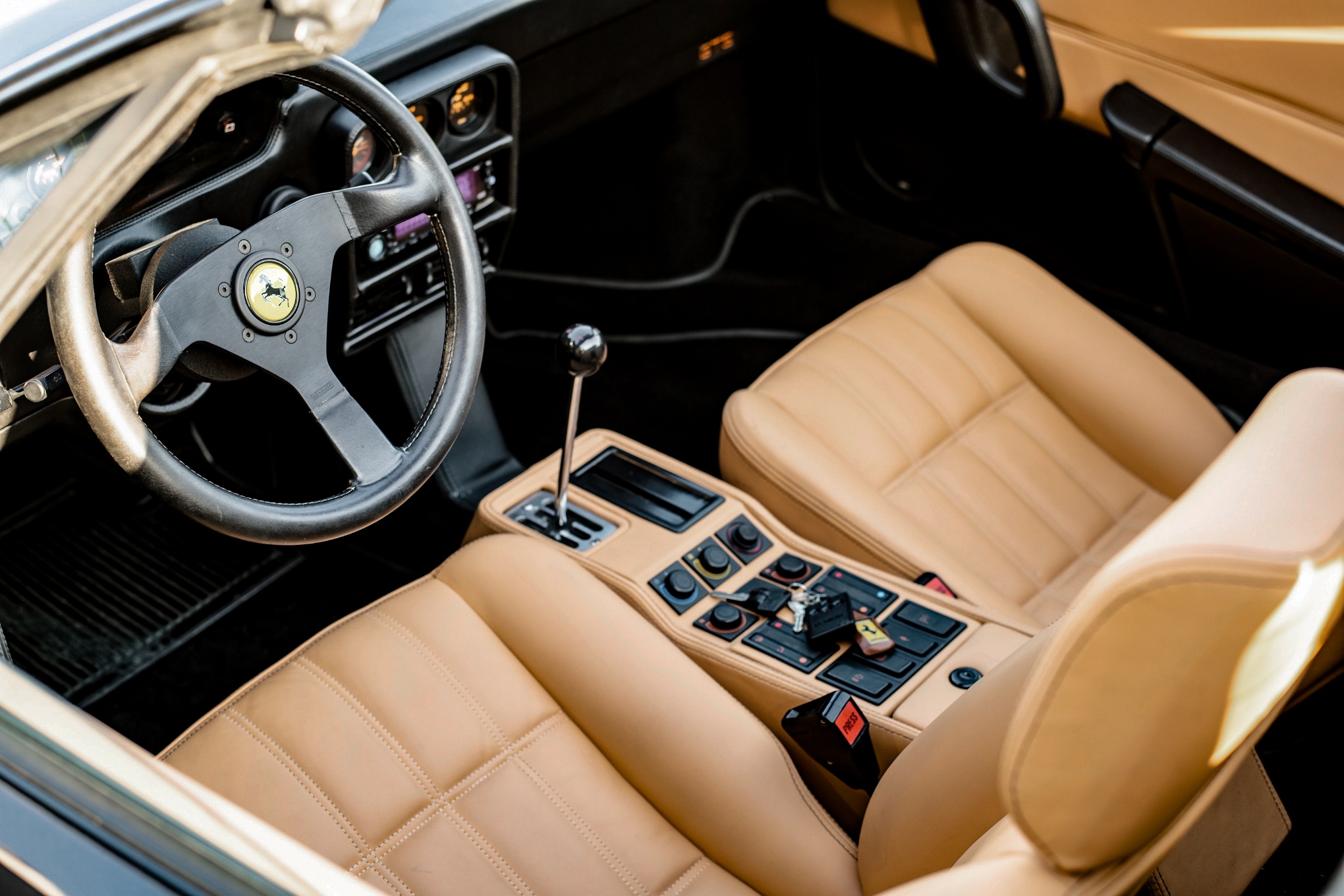 The interior is trimmed in tan leather with black carpeting and a black dashboard.  Under previous ownership, the cabin was refurbished with all new leather upholstery and the embossed headrest logos were colored-in black for a more distinctive appearance.  Other details include a 5-speed gated manual shifter, a factory leather-wrapped MOMO 3-spoke steering wheel, and an aftermarket radio.  All gauges and accessories are said to be working properly and the seller reports that the air conditioning requires a recharge. 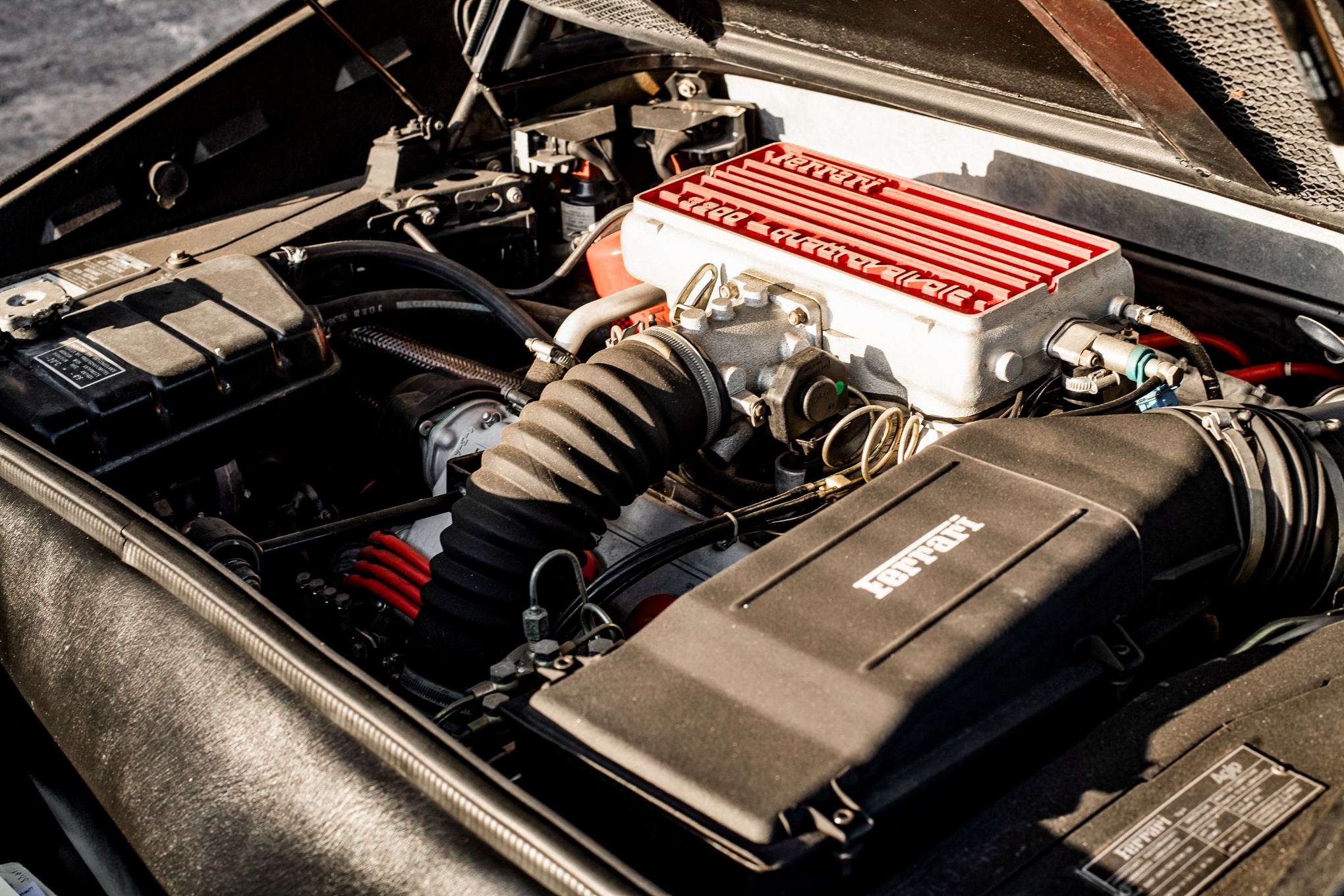 Based on the 3.0 L Quattrovalvole engine from its predecessor, the bored and stroked 3.2 L version debuted in the 328 featured redesigned heads, revised cams, a new electronic ignition system, and an increased output of 270 HP.  The rear wheels are driven through a traditional 5-speed gated manual transmission allowing for a 0-60 time of approximately 5.5 seconds.  This example recently underwent a major engine-out service from Boardwalk Ferrari totaling over $5k which included timing belts, all new auxiliary belts and tensioners, a new water pump, new shift rod seals, and a full annual service. This GTS is reported to be in excellent running order with all routine maintenance up to date. 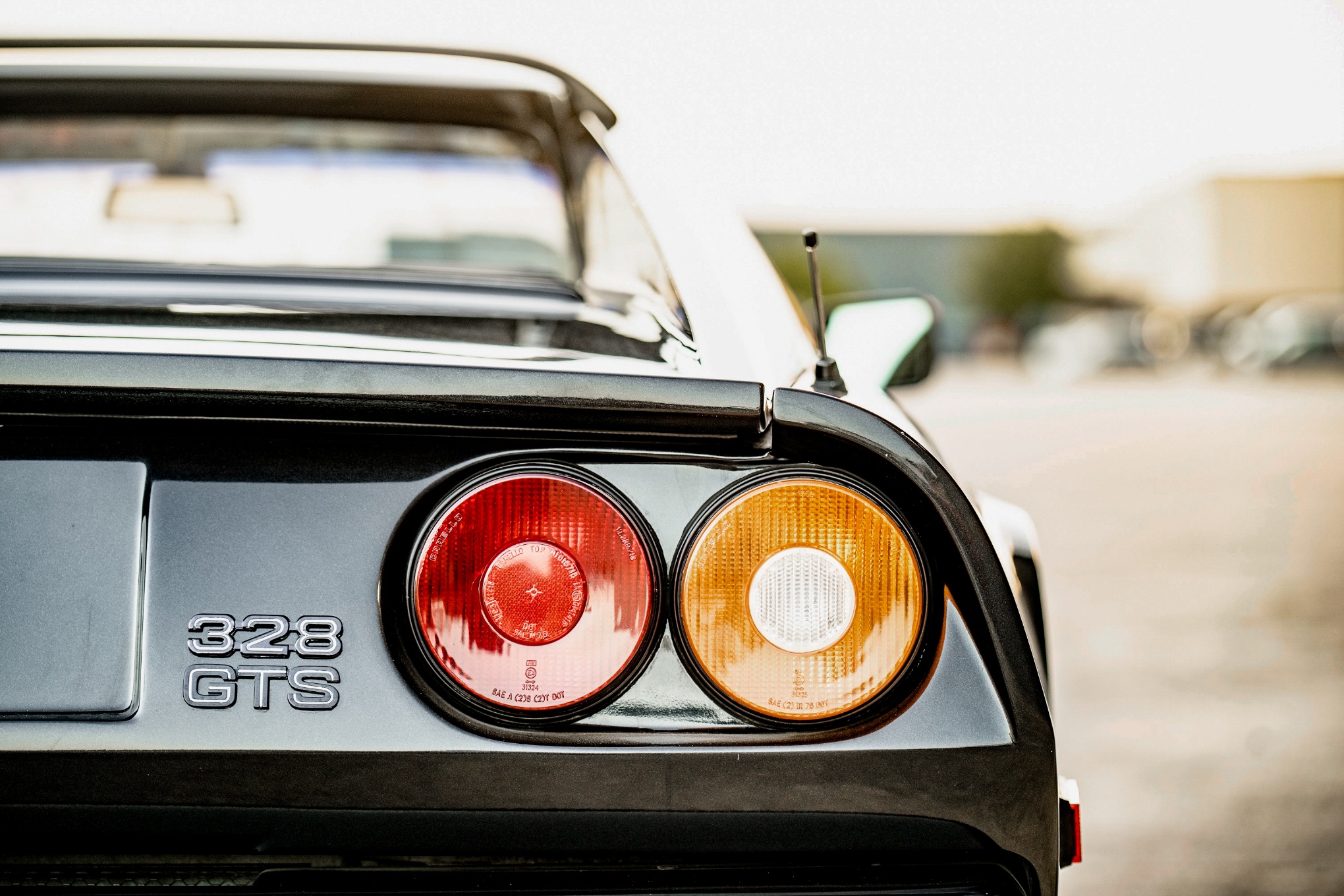 This sale will include 1 master key, original books and tools, some service records, and a clean title.  This nicely sorted Ferrari 328 GTS offers the perfect opportunity for any enthusiast in search of a classic Italian sports car.