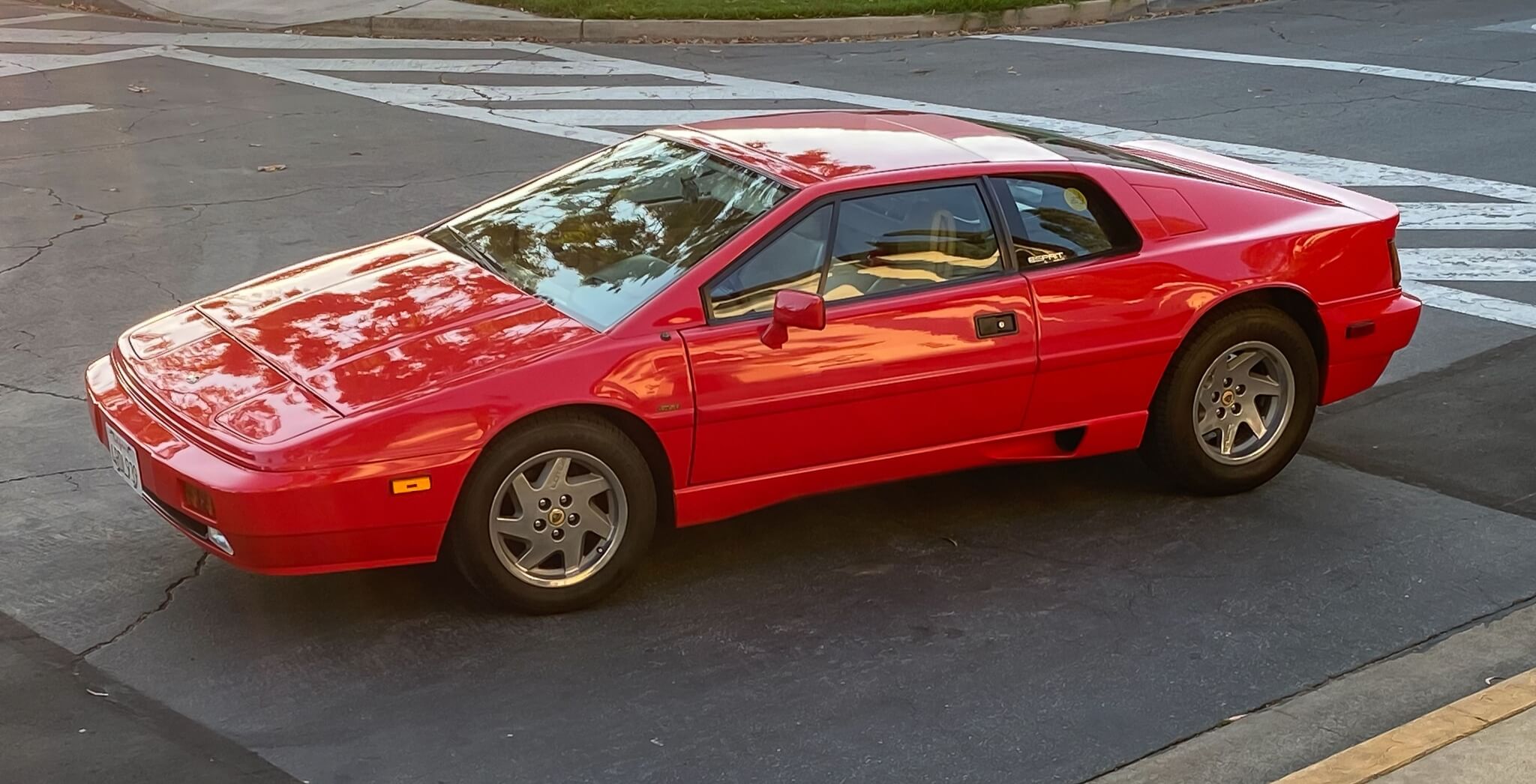 The Lotus Turbo Esprit was introduced in 1981 featuring Giorgetto Giugiaro-designed bodywork and a turbocharged 2.2L engine linked to a 5-speed manual gearbox as well as an aerodynamic body kit derived from the special edition Essex model of the previous series. This 1988 example is finished in Calypso Red over a Tan Connolly leather interior and was acquired by the seller in May of 2021 from a long-term owner in California who owned it since 1993. It received extensive service since 2006 including an overhaul of the engine at 34k miles, a rebuilt transmission, a new clutch, flywheel, and timing belt, as well as an air conditioning system recharge, new rear brakes and rear shocks, new door seals, a new battery, and a new set of tires. Now showing just under 48k miles on the odometer, this Lotus Esprit Turbo is being offered at auction by its seller out of California.

The exterior is finished in Calypso Red (A23) and features pop-up headlights, integrated fog lights, and rocker panel aero vents. The factory 15” OZ Racing wheels were mounted with new BFGoodrich tires in 2021. The seller reports some clearcoat failure on the left quarter panel, mild discoloration of the trunk lid, and intermittent issues with the driver-side headlight motor. Detailed images are provided in the gallery along with a clean CARFAX report. 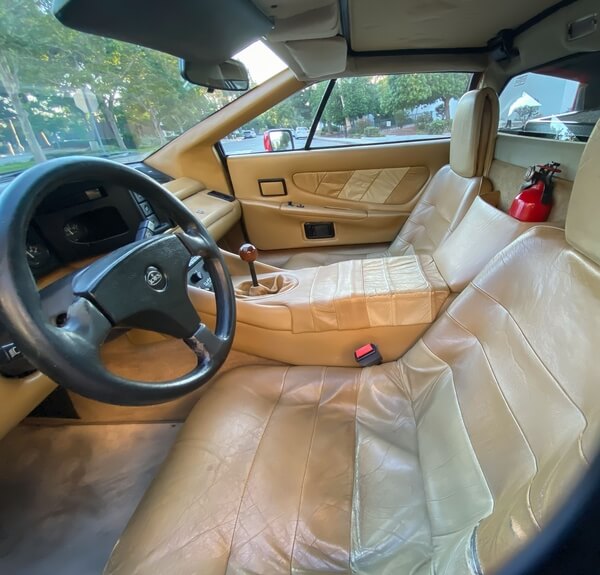 The interior is upholstered with Tan Connolly leather including bucket seats with a matching dashboard, center console, door panels, and carpeting. Amenities include air conditioning, a Panasonic CD stereo, a fire extinguisher, floor mats, and power windows and locks. The seller notes some wear on the seats, handbrake boot, and center console as well as minor damage on the driver’s seat belt buckle housing and some tears in the lining behind the driver’s seat. The air-conditioning was recharged in 2019 along with the replacement of the headlights, door seals, and wiper blade assemblies. 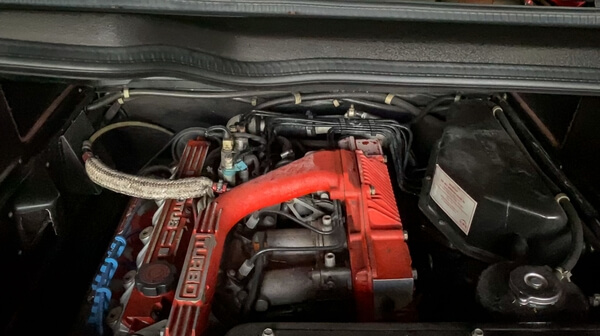 The Esprit Turbo is equipped with a turbocharged 2.2-liter Type 910 inline-four rated at 210 HP and 200 lb.-ft of torque, driving the rear wheels through a Citroen 5-speed manual transaxle. The seller reports the engine was overhauled with a replacement crankshaft and upgraded pilot bearing in 2006 at 34k miles, the transmission was rebuilt in 2007, and the rear shocks, fuel control over speed module, slave cylinder, and clutch, flywheel, pilot bearing, timing belt, and V-belts were all replaced between 2009 and 2015. 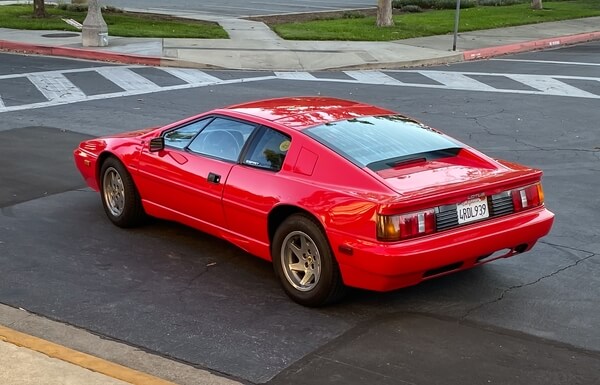 This sale will include a set of two keys, owner's manuals, and a clean title.