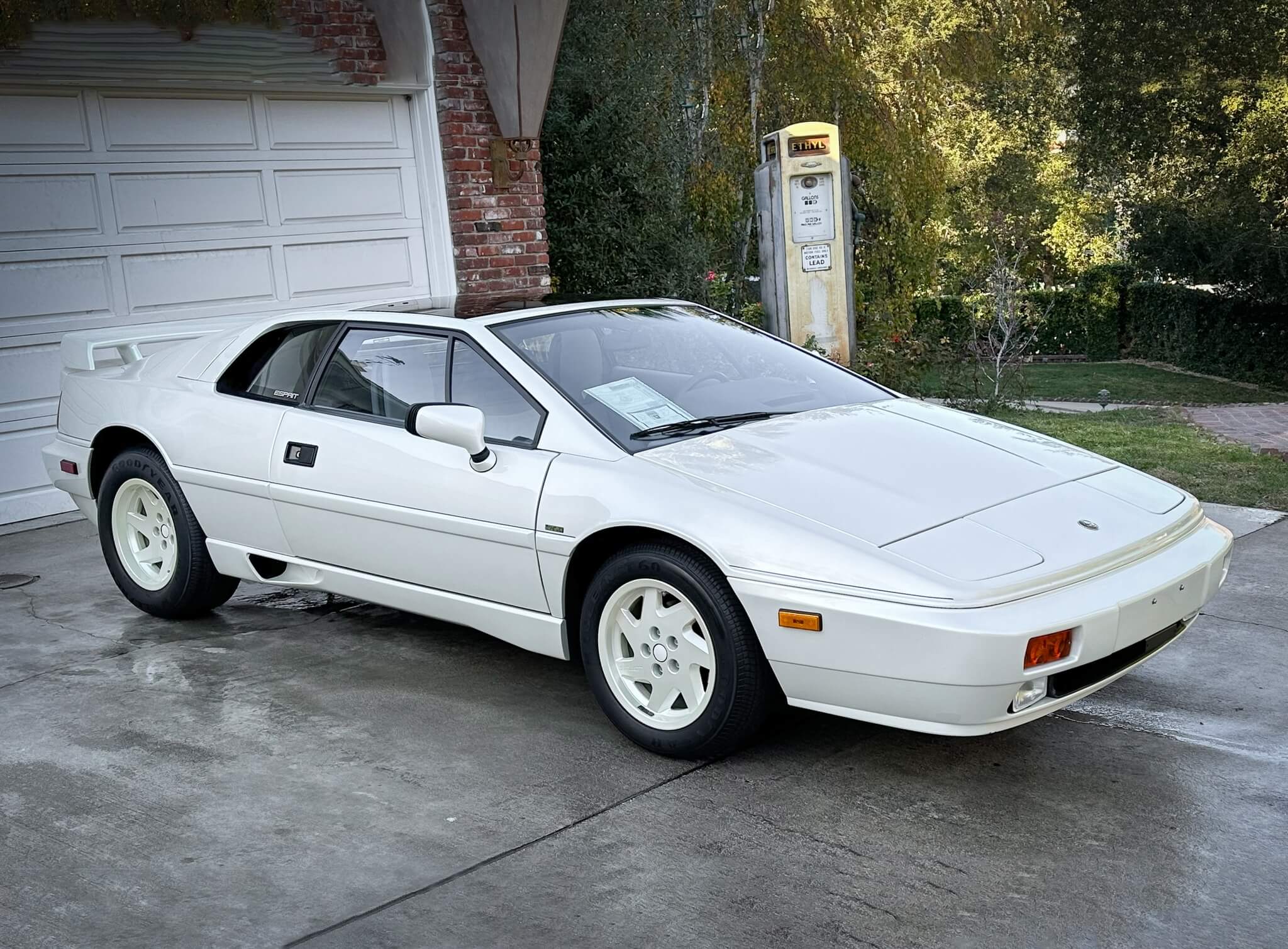 We are pleased to offer this 1988 Lotus Esprit X180 Commemorative Edition finished in Pearlescent White over a tritone Blue and Grey Connolly leather interior. For the 1988 model year, Lotus produced a limited run of 88 freshly redesigned Esprit Turbos to commemorate the first race car of marque's founder Colin Chapman in 1948. The Commemorative Edition cars feature a unique pearlescent paint finish, distinctive upholstery and trim, and a numbered limitation plaque. This example, #68, was originally delivered to Robert’s Lotus of Meriden, Connecticut, and remained with the dealership’s owner until 2022 while being kept in climate-controlled storage and driven less than 200 miles in total. Having never been titled, remaining on its Manufacturer’s Statement of Origin, this rare and exceptionally well-preserved Lotus is now being offered for auction by its seller out of California. 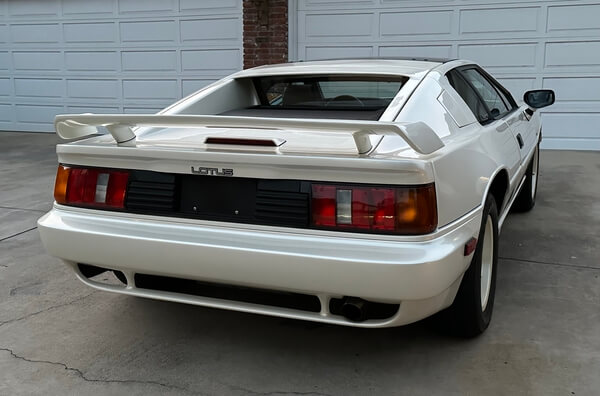 For the 1988 model year, the Esprit was redesigned by Peter Stevens who was also responsible for the legendary McLaren F1. A new method patented by Lotus called VARI (Vacuum Assisted Resin Injection) was used to produce the body panels with kevlar added to the roof and sides for increased rollover protection. This Commemorative Edition is finished in Pearlescent White and features a removable roof panel, pop-up headlights, a rear wing, heated side mirrors, and rocker panel aero vents. It rides on a set of body-colored 15″ Lotus Design OZ wheels which come dressed in original Goodyear Eagle NCT tires from 1988. 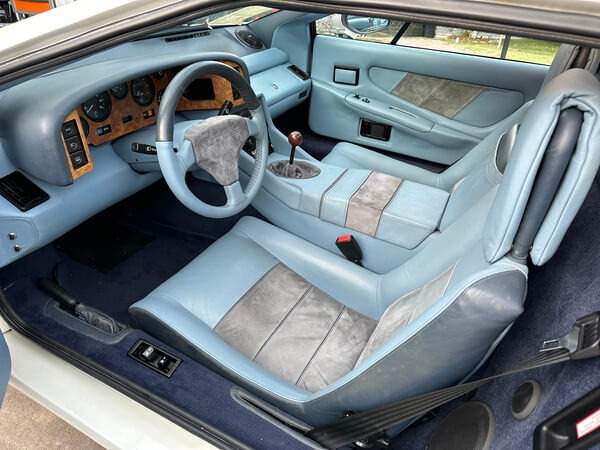 The cabin is trimmed in a unique tritone theme with Blue Connolly leather, grey pigskin inserts, and blue carpets. Along with the exterior refresh, 1988 brought changes to the Esprit's cabin resulting in more spacious accommodations for occupants. Details include wood grain dashboard trim, tinted glass, air conditioning, power windows, a Sony AM/FM cassette player with a graphic equalizer, and a CD changer. The seller confirms that all gauges, electronics, and accessories remain functional. 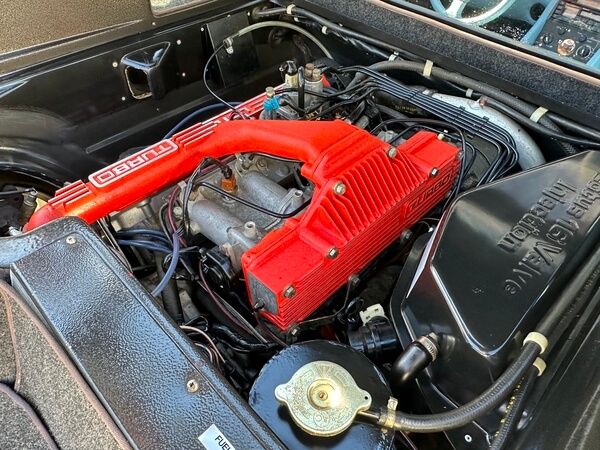 Power comes from a mid-mounted Type 910 2.2-liter 16-valve turbocharged inline-four cylinder engine with Bosch K-Jetronic fuel injection. As much as 215 HP and 192 lb-ft of torque are sent to the rear wheels by way of a 5-speed manual Citroën-sourced transaxle. The Esprit features four-wheel independent suspension, rack-and-pinion steering, and four-wheel disc brakes with ventilated front rotors. The seller notes a fuel system flush was performed earlier in 2022. 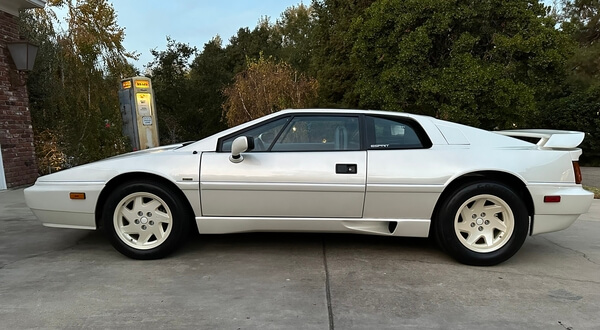 This sale will include the owner's manuals and window sticker.