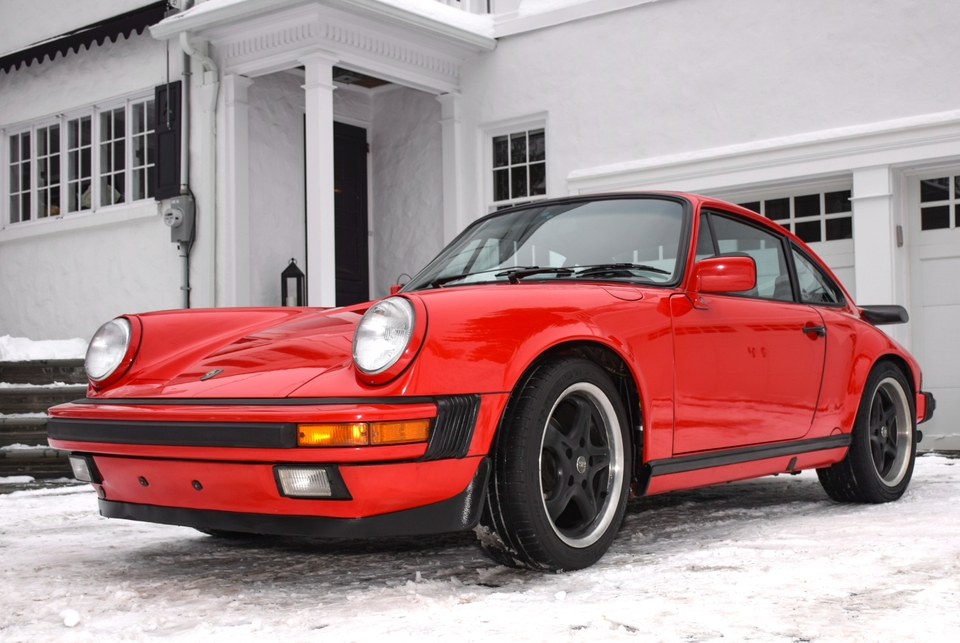 Up for auction is this 1988 Porsche 911 Carrera Coupe finished in Guards Red over a black interior.  Equipped with a sought-after G50 5-speed manual transmission only offered on the Carrera between 1987-1989, this example is said to have been originally purchased from a Porsche dealership in Manhattan with desirable factory options including a limited-slip differential, rear window wiper, and front and rear spoilers.  It is reported to have been diligently maintained throughout its life with a major no-expense-spared mechanical overhaul carried out under previous ownership including a full engine rebuild at 65k miles.  Currently showing approximately 72k miles on the odometer, this 911 Carrera is now being offered in excellent driving condition by its seller in Pennsylvania, accompanied by service records, tools, a stamped maintenance book, and a clean title. 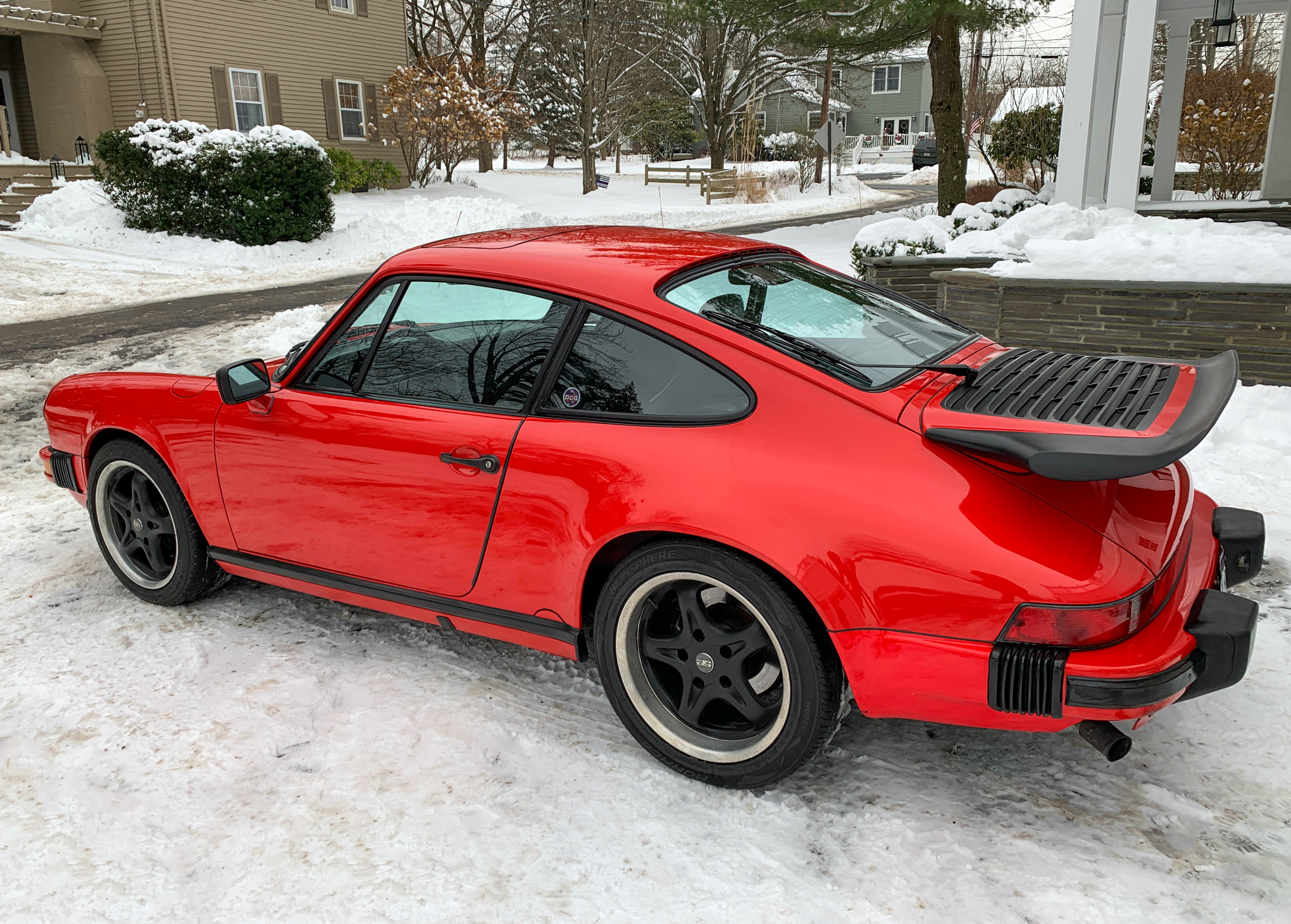 The iconic Guards Red finish is reported to be in very nice original condition.  A crack is noted on the driver’s side rear bumperette as well as minor impressions on the driver’s door and roof panel, and a crack on the driver’s side front headlight which has been filled with epoxy (detailed images are provided in the photo gallery).  This example highlights factory front and rear spoilers as well as rubber lower side moldings which are said to have been installed by the selling dealership when new.  It currently rides on a set of aftermarkets Z.S. 5-spoke wheels that have been partially finished in a removable black rubber coating. 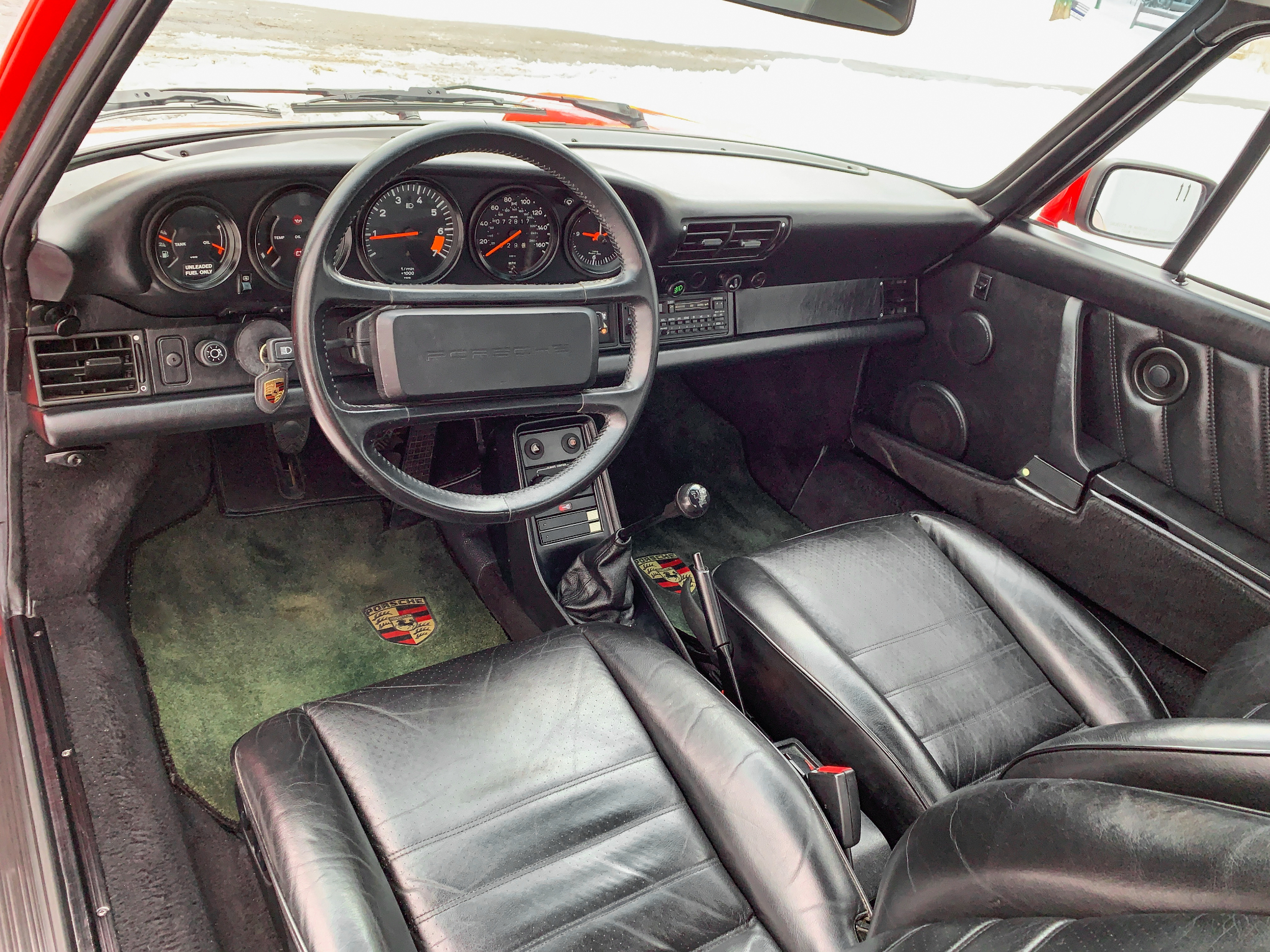 The black interior is said to have been preserved in excellent condition.  Factory features include a rear window wiper, a power-operated sunroof, cruise control, and a steering wheel with an elevated hub.   The speedometer is said to have been previously rebuilt, and all gauges and accessories are said to remain fully functional including the original Blaupunkt radio.  The original carpet floormats will also accompany the sale. 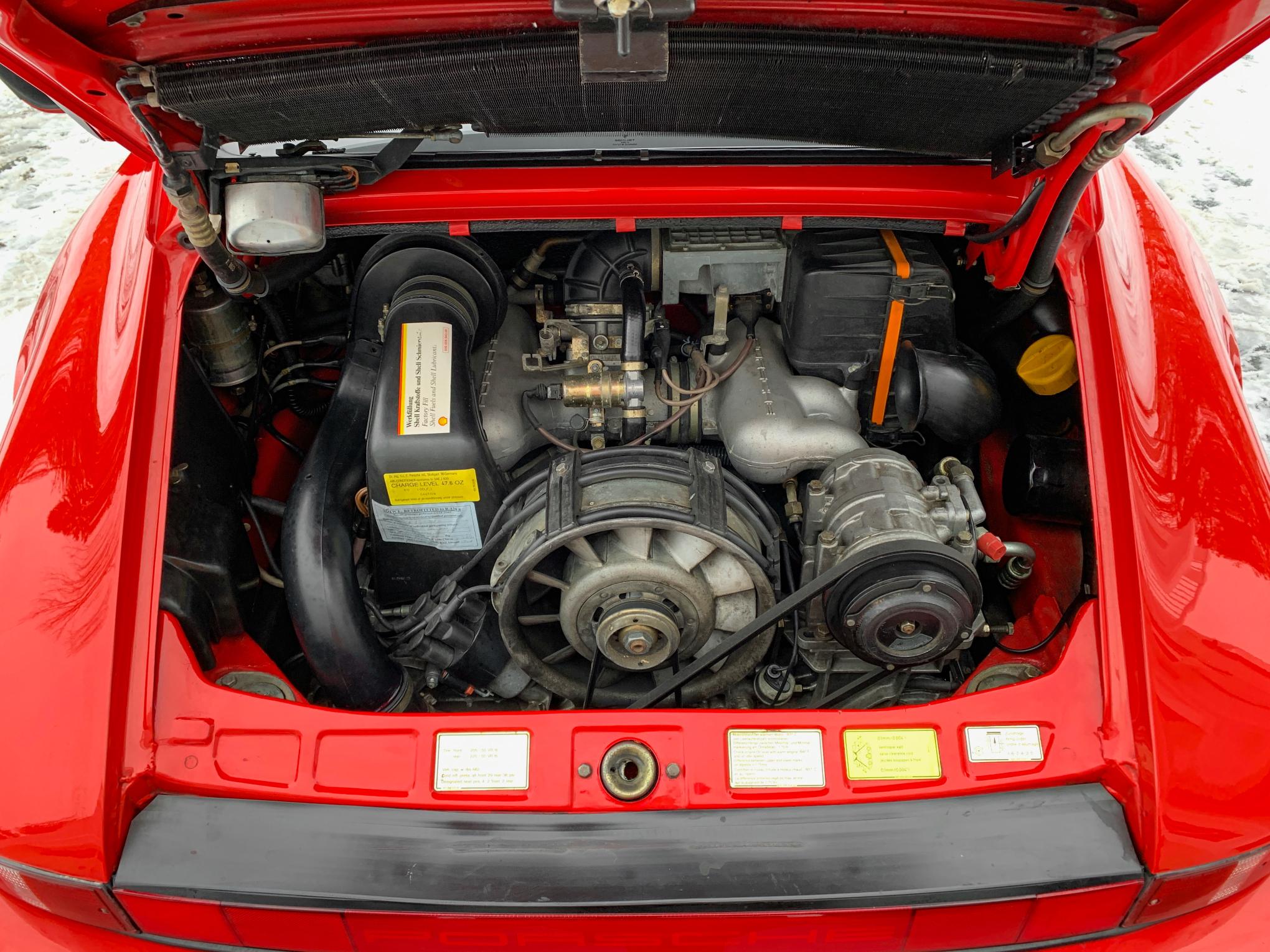 This 911 is equipped with an air-cooled 3.2 L flat-six engine rated at 217 HP 195 lb.-ft of torque from the factory.  The rear wheels are driven through a desirable G50 5-speed manual gearbox with a factory optioned limited-slip differential.  Under the care of its long-term previous owner, this 911 was subjected to a no-expense-spared mechanical overhaul at 65k miles which included a rebuilt braking system and a full engine rebuild with new head studs and cams.  The clutch is also reported to have been replaced at 60k miles.  Since the seller’s more recent purchase in 2018, new Bilstein shocks have been installed along with new shifter bushings and linkage, and the heater boxes have been refurbished with a fresh coat of Stoddard paint.  Records are included and this Carrera is said to be in fantastic running order, please see the photo gallery for images of the underside. 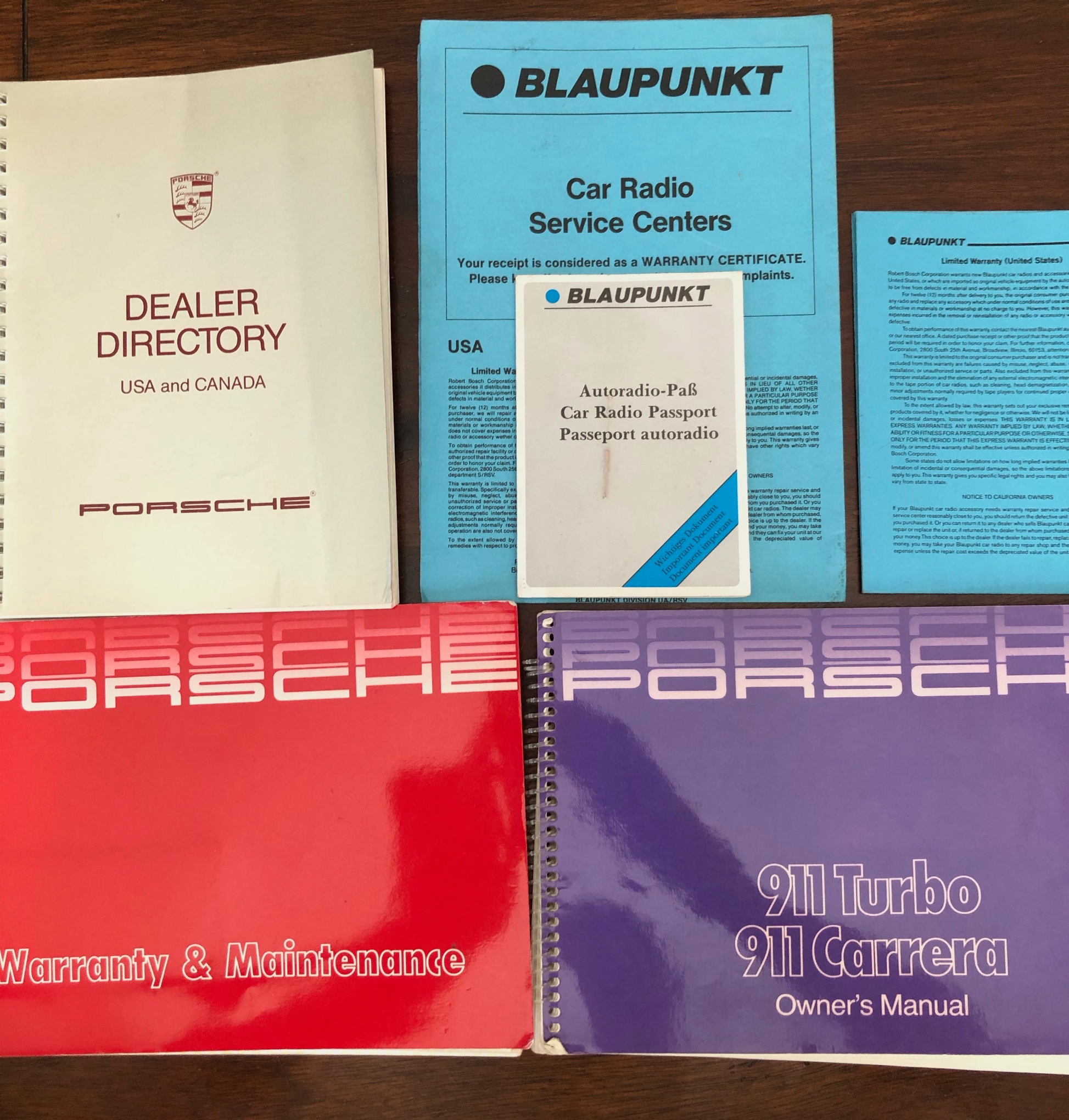 This sale will include 1 master key, a toolkit, spare tire, owner’s manual, an indoor car cover, service records, and a clean title.  With its coveted G50 transmission, desirable factory options, and considerable service history, this 911 Carrera is ready to be enjoyed by a new air-cooled enthusiast.