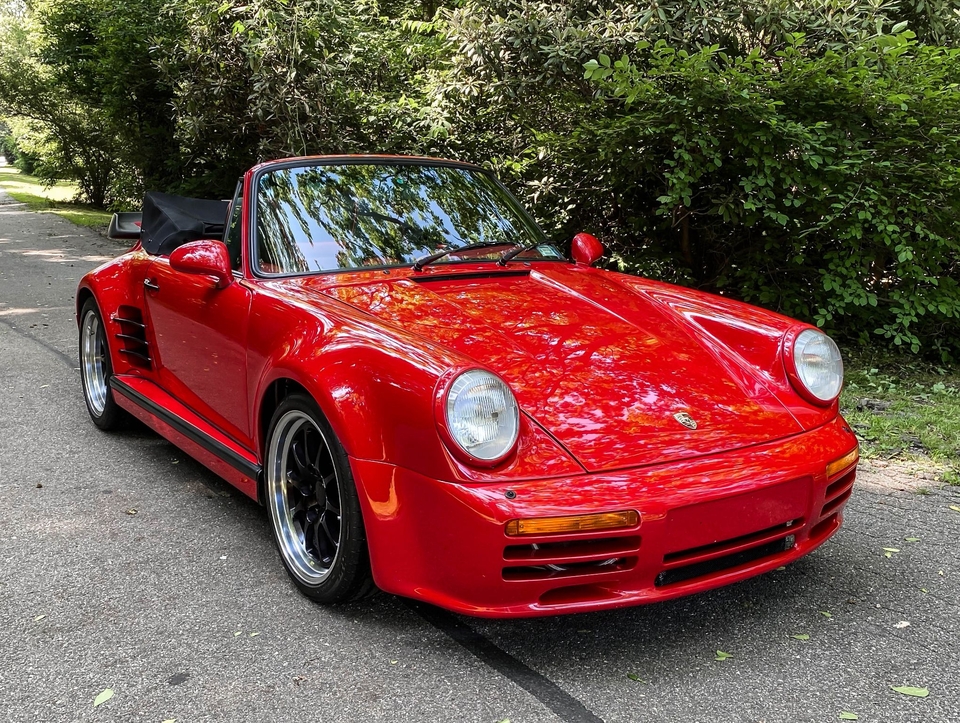 We are pleased to present this 1988 Porsche 930 Cabriolet Twin-Turbo 5-speed customized personally for Scottie Pippen.  During the early 1990’s, basketball Hall of Fame legend Scottie Pippen had commissioned Perfect Power in Illinois to create what would be a dream car tailored to his exact specifications.  Beginning with a stock 930 Turbo, this 1988 Cabriolet was treated to over $130k worth of custom work and high-end performance upgrades transforming it into a one-of-a kind 500+ HP work of art.  Previously listed on PCARMARKET, this Turbo has since undergone a full engine rebuild in addition to some other major mechanical updates.  Unlike any other 911 on the road, the Scottie Pippen Turbo Cabriolet presents a truly special opportunity for any discerning Porsche collector and driving enthusiast. 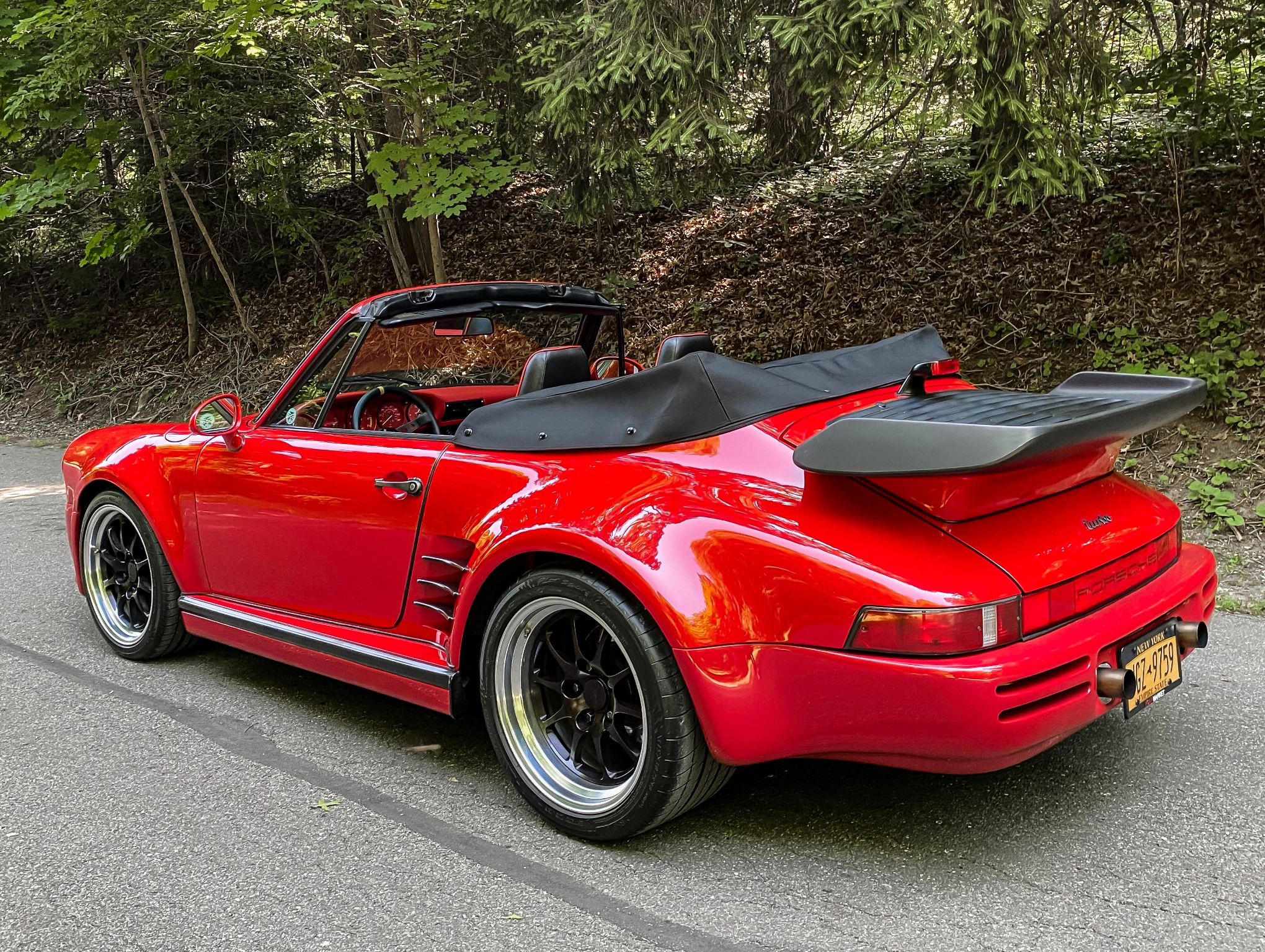 This Turbo received a high-quality refinish is Guards Red.  A custom body kit was fitted under Pippen’s ownership which consists of revised front and rear bumpers, aero mirrors, boxed rockers and slant nose rear quarter vents.  The exterior finish is said to remain in excellent condition (detailed images are provided in the photo gallery).  This Turbo is equipped with Fiske P113 wheels which are finished in black with polished lips and dressed in healthy Michelin Pilot Sport tires. 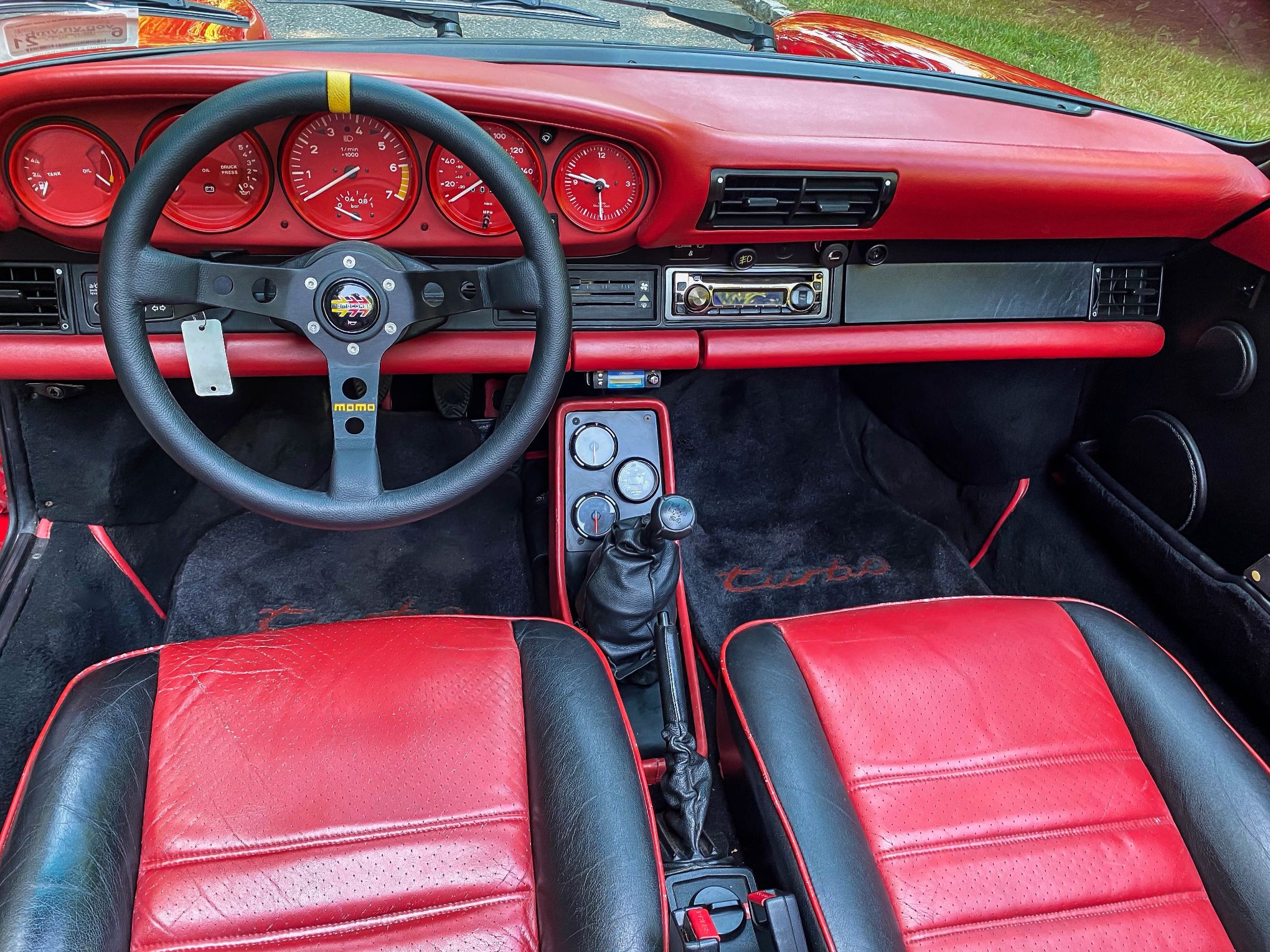 Inside, the cabin has been completely redone in red and black leather.  Custom details include reupholstered seats and door panels, red gauges and instrument bezels, a MOMO Sport steering wheel and additional gauges mounted on the center console.  These gauges allow the driver easy access to important information including boost level and air/fuel ratio.  An aftermarket radio and dual amplifiers have also been installed as well as a radar detector.  The interior is stated to be in great shape with all gauges and accessories remaining fully functional. 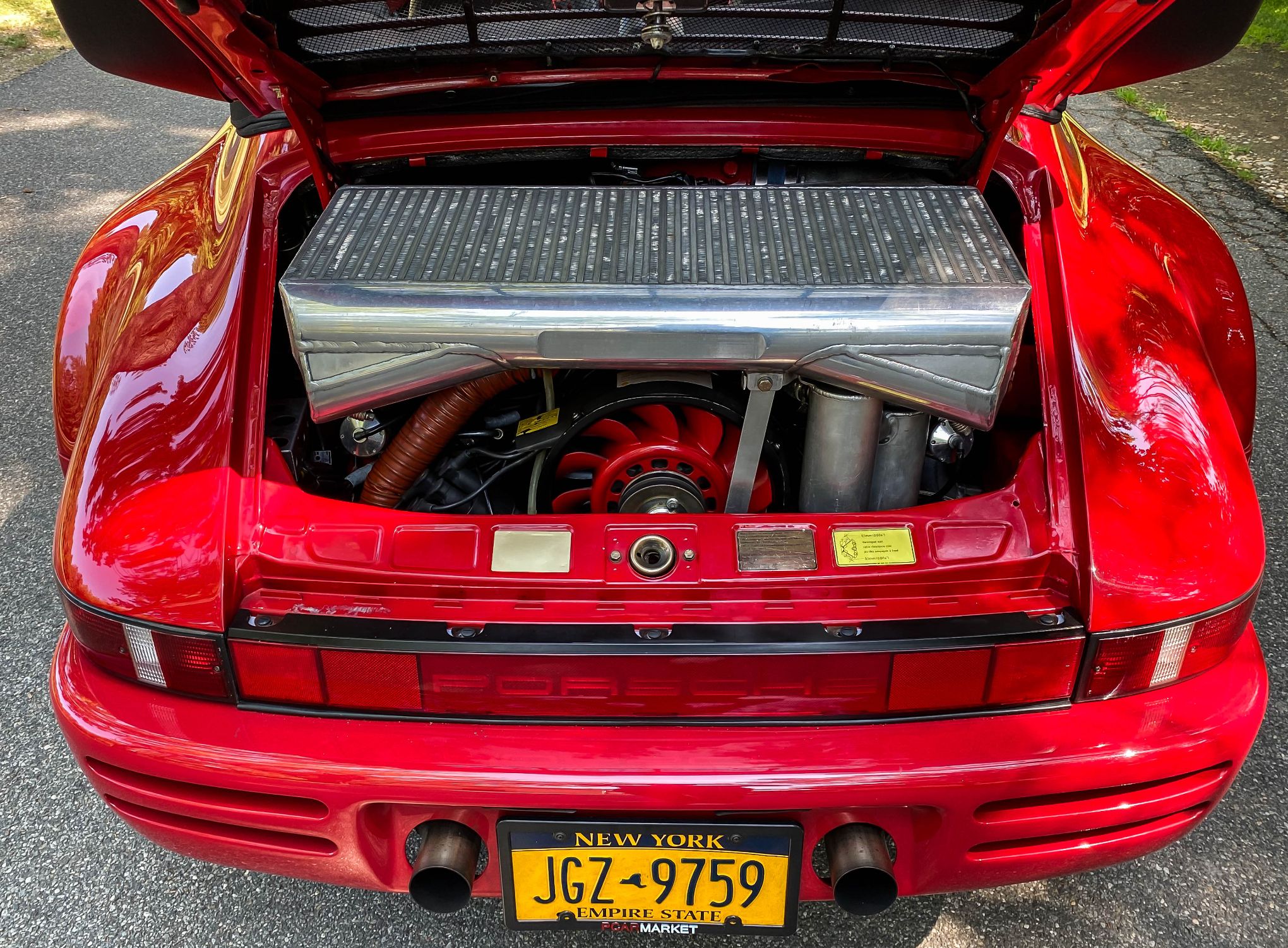 During its lengthy and expensive initial build process, a new air-cooled 3.6L twin-turbocharged flat-six engine was installed and mated to an upgraded factory G50/50 5-speed manual transmission with limited slip differential.  Included receipts show that nearly $18k was spent on this transmission alone.  With well over 500 HP on tap at the rear wheels, this Turbo is sure to impress even the most experienced of drivers.  In October of 2019, this Turbo underwent a complete engine rebuild at a cost of over $20k which included 103mm pistons and cylinders, new chains and rebuilt turbochargers.  Records detailing the incredible amount of work performed during this time are provided in the photo gallery. 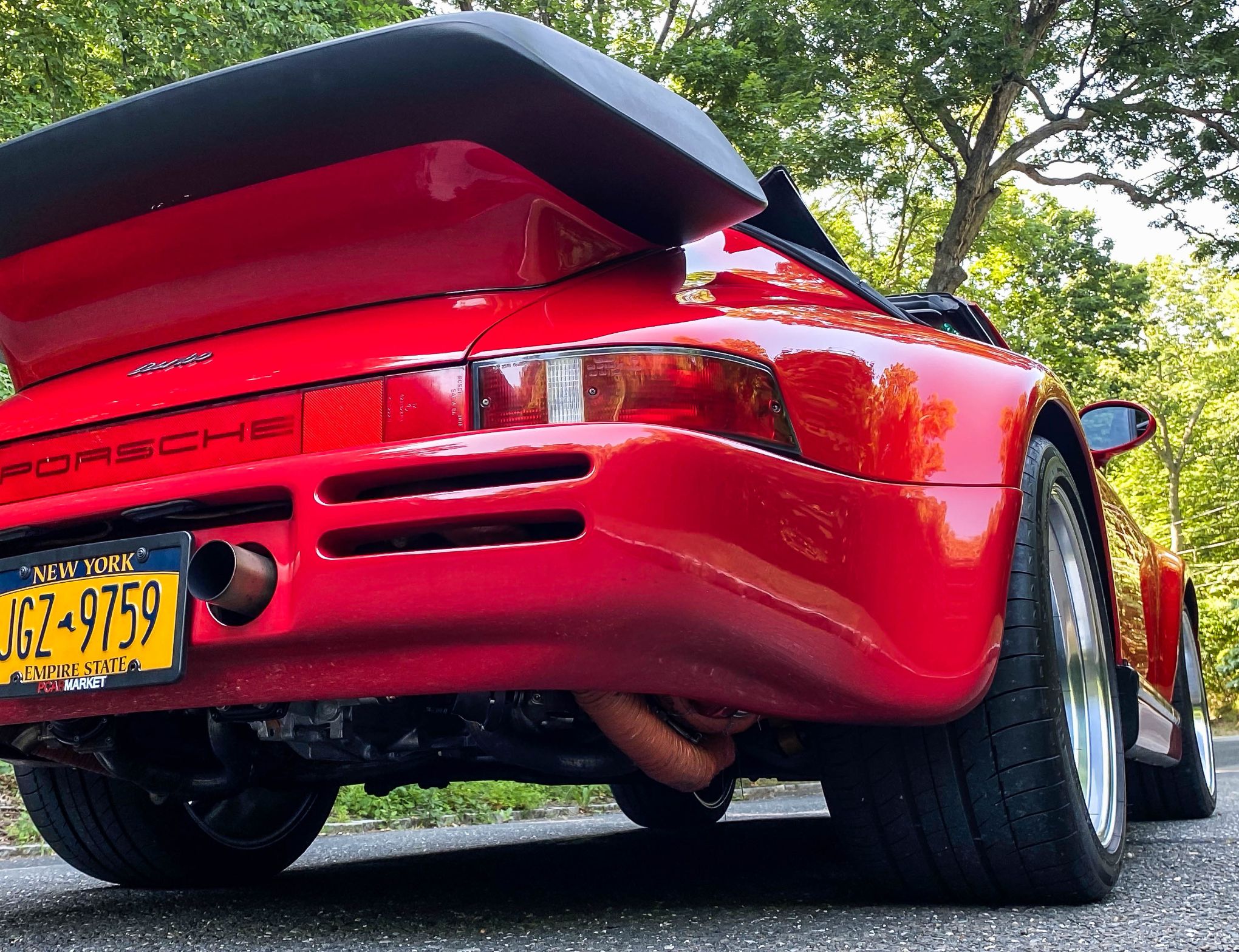 The sale of this one-of-a kind Turbo Cabriolet will include one master key, and service records.  Offering substantial performance and a distinguished provenance, this Turbo is a must-have for any passionate air-cooled collector.  This is a very elusive opportunity which may never present itself again, do not miss your chance to own this exceptional 930 Turbo personally commissioned by Scottie Pippen.