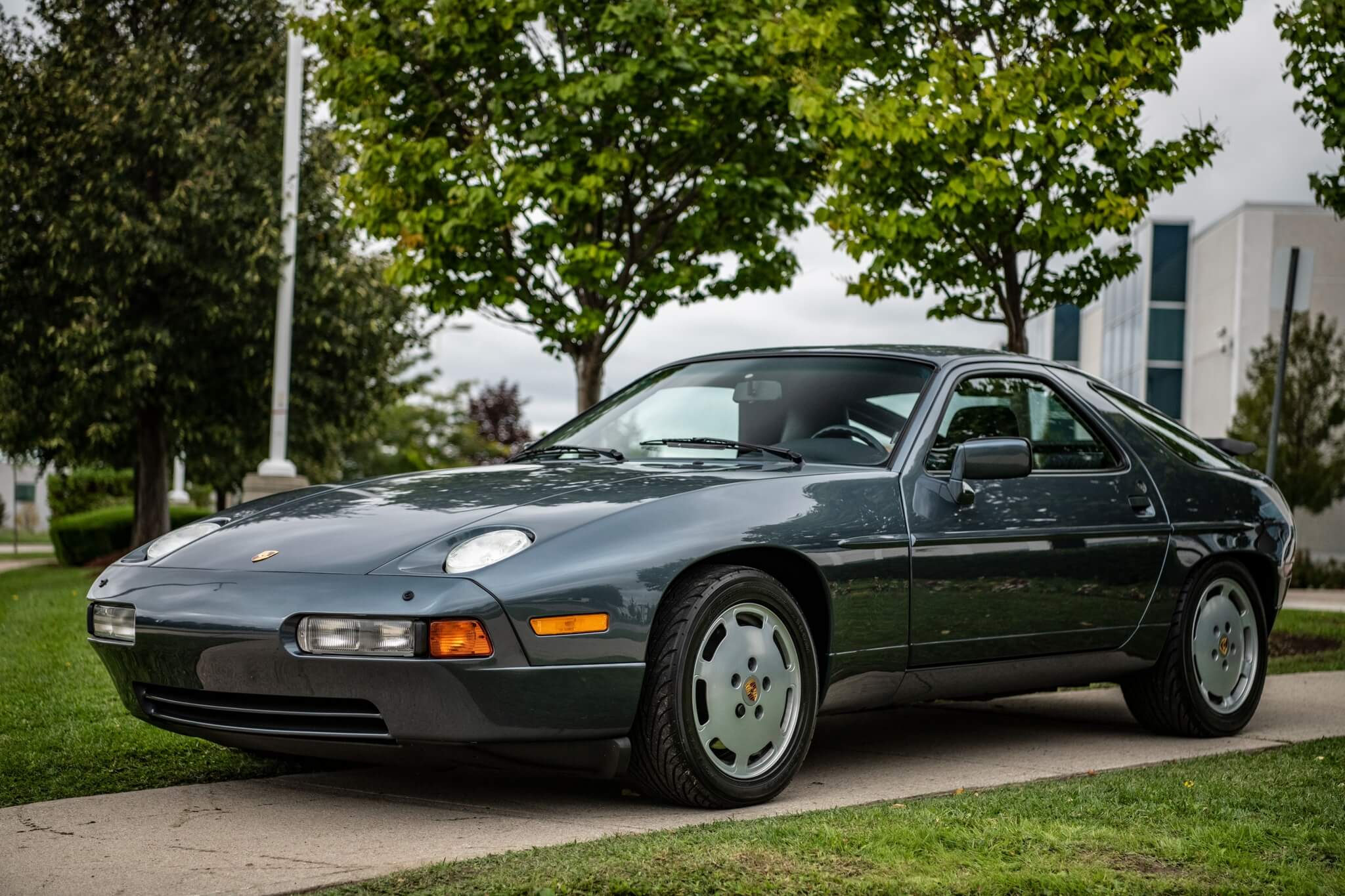 Up for auction is this 1988 Porsche 928 S4 finished in Venetian Blue Metallic over Marine Blue leather.  One of the most significant evolutionary changes for Porsche’s 928 grand touring car, the S4 generation was debuted in 1987 with revised aerodynamic styling and a new 5.0L V8 engine with four valves per cylinder.  Sold new in June of 1988 from Porsche MCL Motor Cars of Vancouver, this 928 S4 has been carefully preserved throughout its life with only 4,668 km (2,900 miles) showing on the odometer.  Acquired by the seller's family in 2017 from the car's original owner, this 928 S4 has been driven approximately 300 km since and is now being offered for auction out of Canada. 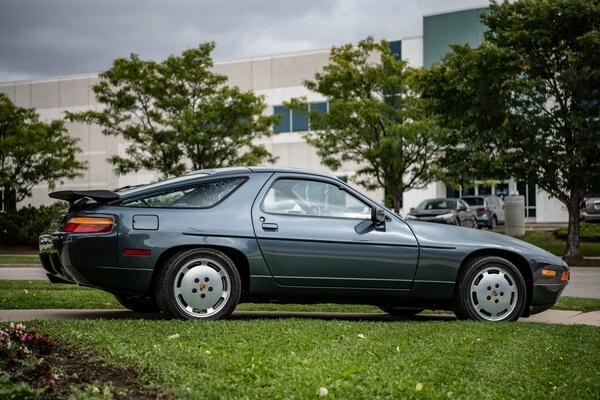 This 928 comes finished in Venetian Blue Metallic with body-colored side moldings and can be identified as an S4 model by its more rounded aerodynamic nose, updated taillights, and black polyurethane rear spoiler.  The car is said to have spent its life in temperature-controlled storage and never driven during winter months. The current owner had also applied a yellow protective vinyl wrap over the exterior upon their purchase in 2017, which was subsequently removed before the car was placed into storage.  Upon close inspection, the seller identified only a few very minor stone chips on the hood. Detailed images are provided in the gallery along with paint meter readings and a clean CARFAX report.  This S4 rides on factory 16” flat dish wheels with colored Porsche center crests and Yokohama AVS ES100 tires dated from 2007. 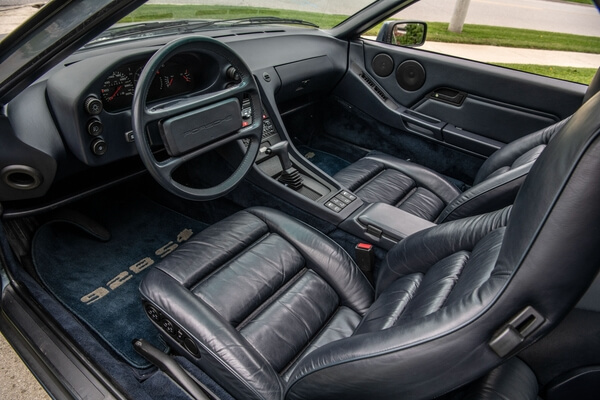 Inside, the cabin features Marine Blue leather upholstery with matching carpets and 928 S4 branded floormats. Factory features include automatic air conditioning, heated power-operated seats with driver position memory, power windows and mirrors, an electric sunroof, a digital clock, and a sound system.  The original Blaupunkt radio remains in place and the seller describes the cabin to have been very well kept with all gauges and accessories functioning properly. 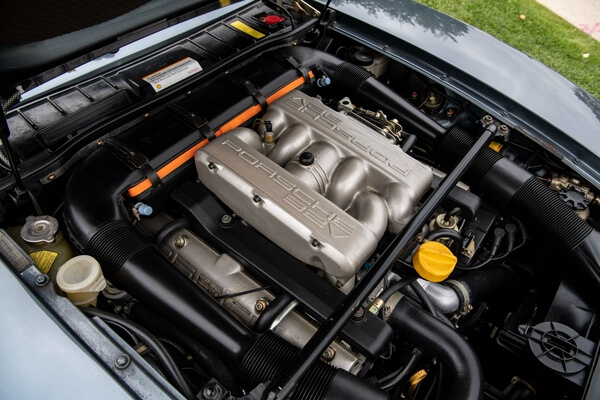 The 928 S4 was introduced with a new 5.0L V8 featuring dual overhead camshafts, four valves per cylinder, Motronic (LH Jetronic) engine management, knock sensors, and two electric cooling fans.  The 4-speed automatic transmission also received slightly modified final drive ratios.  Offering an output of up to 320 HP and 317 lb.-ft of torque, the new drivetrain allowed the 928 S4 to accelerate from 0-60 MPH in approximately 6 seconds with a top speed over 160 MPH.  The seller notes the timing belt to have been changed in 2015 and reports an oil service was recently completed, a corresponding invoice is provided in the gallery. 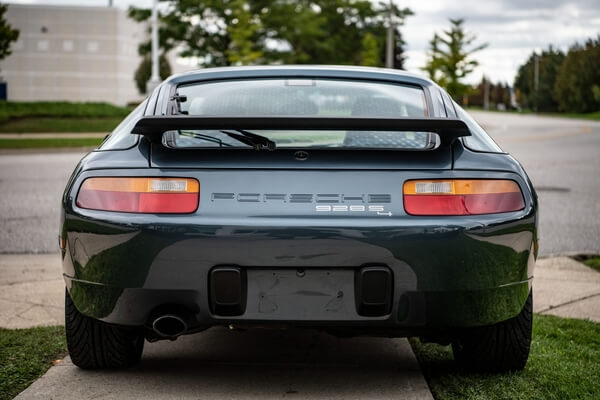 This sale will include the original tools and a clean title. For any Porsche aficionado looking to add a fine transaxle sports car to their collection, this impeccably well preserved 928 S4 is not to be overlooked.