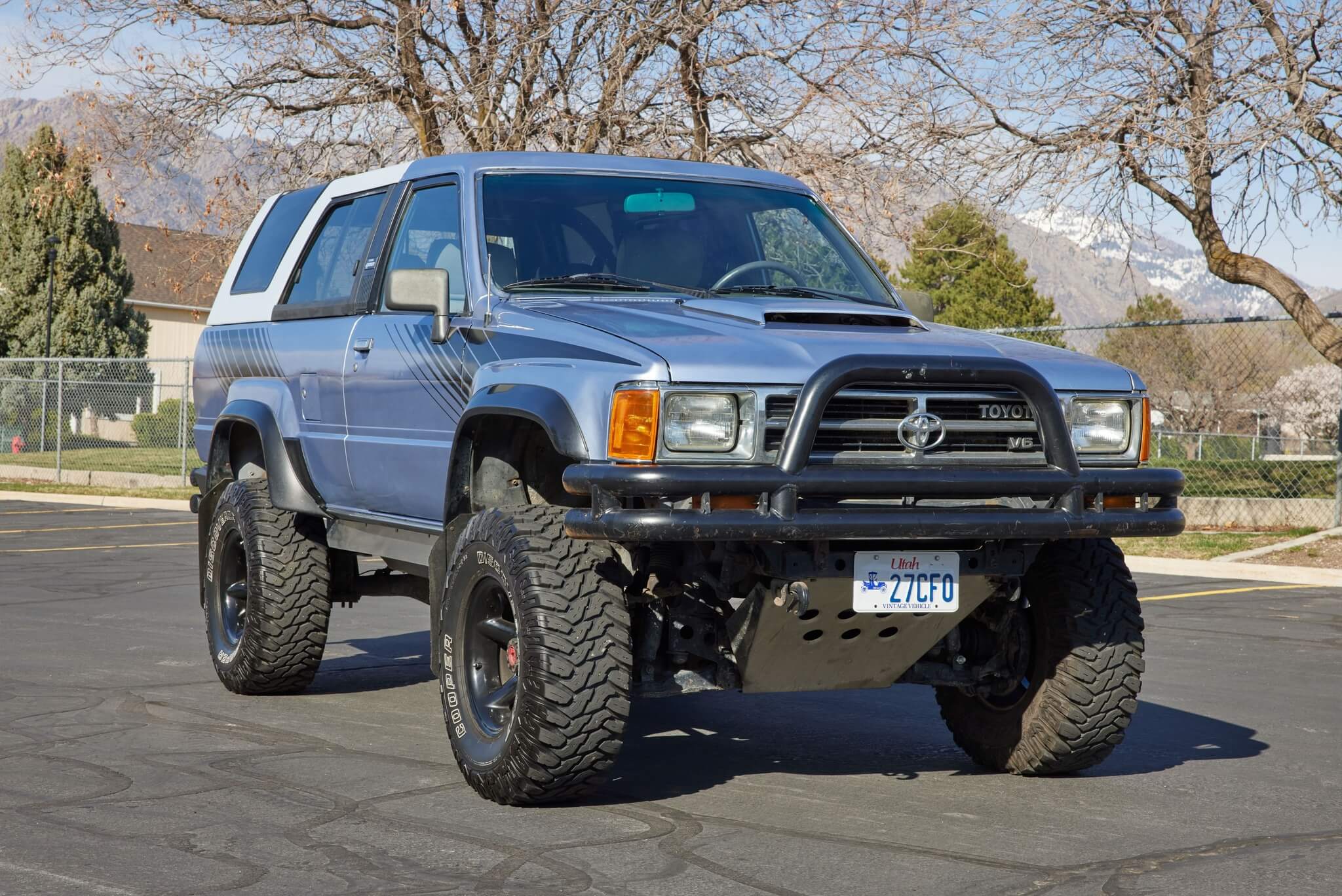 Available for auction is this 1988 Toyota 4Runner N60 SR5 4x4 finished in Light Blue Metallic over a grey cloth interior. Introduced in 1983, the first generation 4Runner was based upon the Hilux pickup and produced until 1989. This 1988 example had two previous owners before being acquired by the seller. It comes equipped with the premium SR5 trim and has been upgraded with a Tacoma 3.4-liter V6 engine, a suspension lift, 32” off-road tires, Wet Okeli seat covers, and full set of WeatherTech floor mats. In addition to the host of premium upgrades, the body has been refinished and the cabin has been refurbished with new carpets, a new center console, and more. This 4Runner is now being offered for auction by its seller out of Utah while showing just under 199k miles on the odometer. 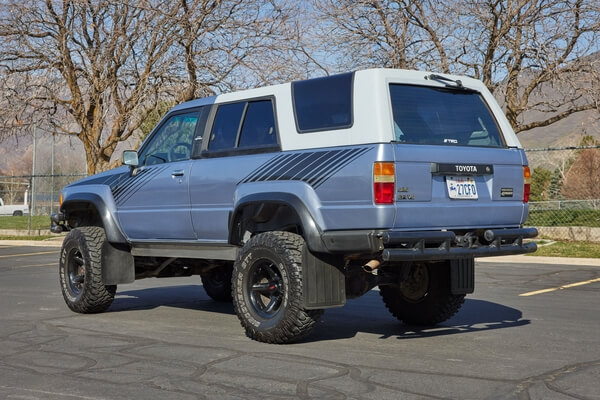 Like the second-generation Ford Bronco and Chevrolet K5 Blazer, the first-generation Toyota 4Runner was based on a short-bed pickup with the addition of a rear seat and a removable fiberglass canopy. This example comes finished in Light Blue Metallic with black hood and side graphics and a removable hardtop with sliding side windows. The body was recently refinished in its original color and has been upgraded with front and rear tubular bumpers, fender flares, mud flaps, a front skid plate, and a hood scoop. The seller has provided a collection of images that can be found in the gallery along with a clean CARFAX report. It rides on a set of TRD wheels finished in black and dressed in 32” Cooper Discoverer SST tires. 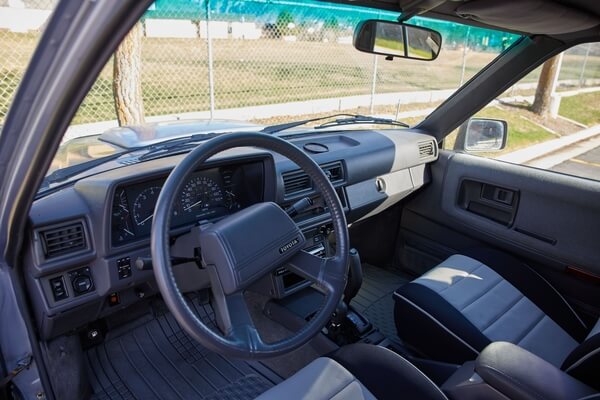 Inside, the seats are upholstered in grey cloth with matching door panels and carpets. The front and rear seats are protected beneath a set of Wet Okeli cover with TRD embroidered in the back rests. The cabin has been refreshed with new carpets, a new center console and armrest pad, and a Kenwood radio head unit with new speakers. Features include power operated windows and mirrors, a sunroof, a power retractable rear window, air conditioning, a rear defroster, cruise control, and a full set of WeatherTech floor mats. The seller confirms that all gauges and accessories remain functional. 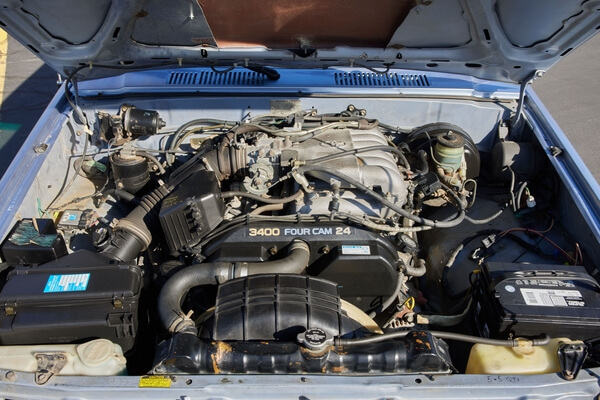 Power comes from a Toyota Tacoma 3.4-liter V6 engine that drives the rear or all four wheels by way of a 4-speed automatic transmission and a dual-range transfer case. According to the seller, the engine, transmission, and drive shaft were borrowed from a Tacoma, and at the time of the swap the engine had approximately 55k miles on it. The suspension on this example has been upgraded with a small lift for added ground clearance. The seller states there is a small leak coming from the transfer case. 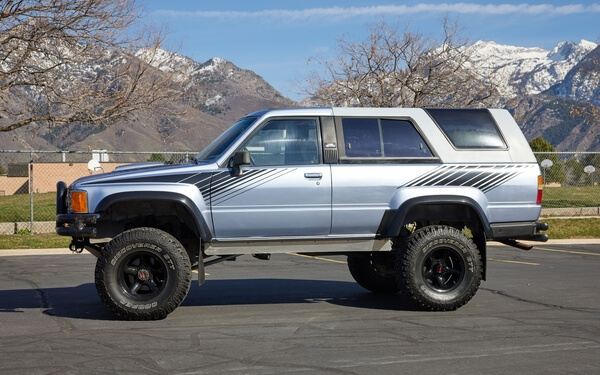