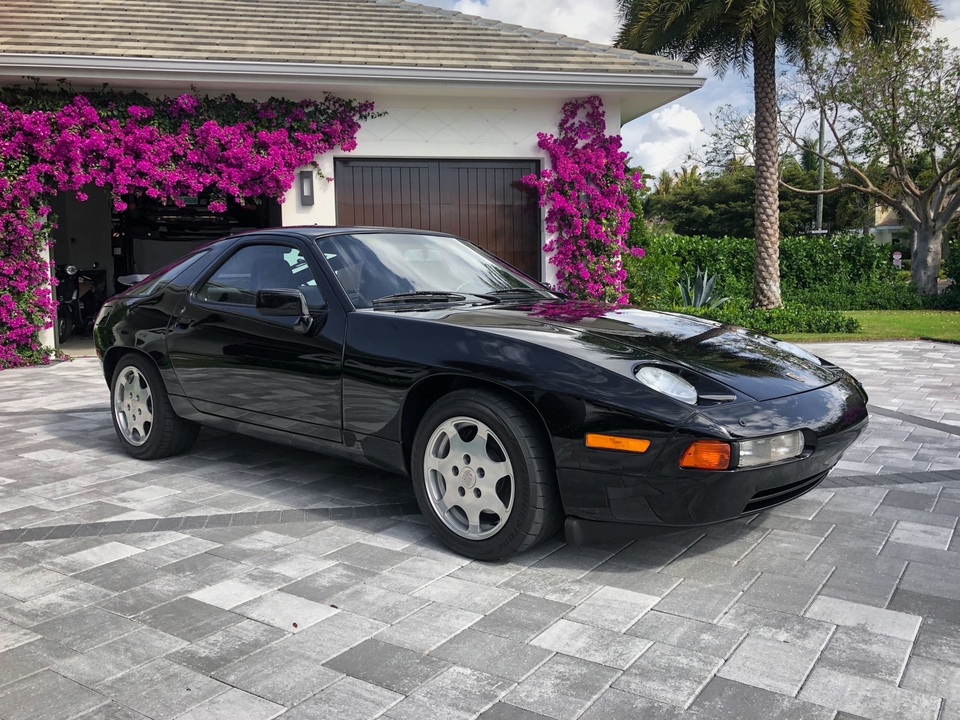 We are pleased to present this 1989 Porsche 928 GT finished in Black over a black leather interior.  Produced for the model years between 1989-1991, the 928 GT filled the high-performance role in Porsche’s 928 lineup.  Reported to be one of only 151 North American examples built for the model year, this 1989 GT is factory equipped with a 5-speed manual transaxle, limited-slip differential, Sport Shock Absorbers, and 16” Clubsport wheels.  In recent years, this 928 has undergone substantial refurbishment including a full high-quality respray, new interior trim, and a complete rebuild of the engine and transmission.  Now with approximately 60k miles showing on the odometer, this rare and highly collectible 928 GT is being offered for auction by its seller out of Florida. 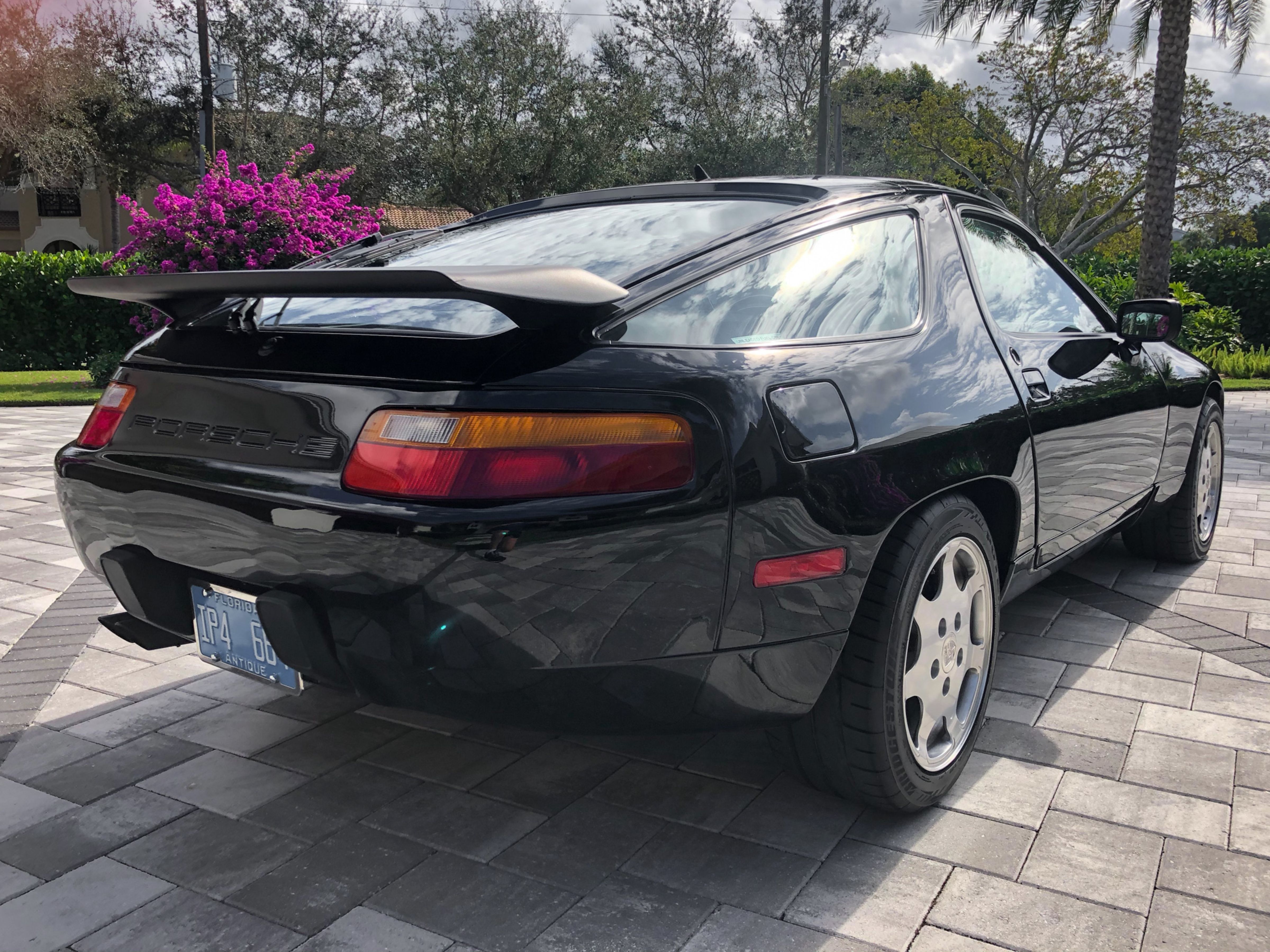 Under previous ownership within the last several years, this 928 is said to have been completely refinished in its original color of Black by renowned specialist Rob Roberts.  The paint is said to remain in exceptional condition and the driver’s door is reported to have been recently refinished for cosmetic purposes (detailed images are provided in the photo gallery).  The factory optioned door protection moldings have been removed and this example retains its original 16” Clubsport wheels which have been recently refinished, anodized, and dressed in new tires. 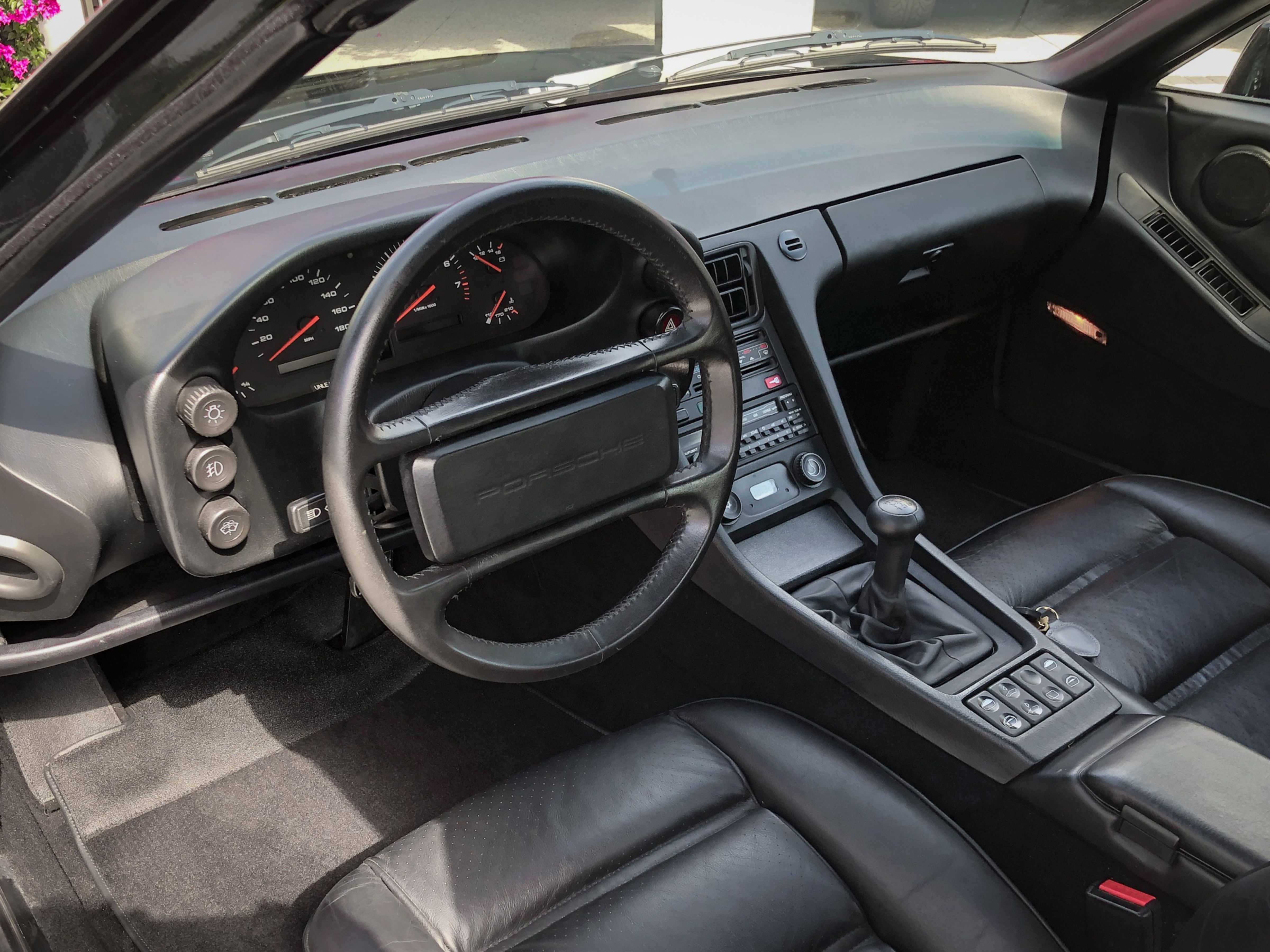 Prior to the seller’s purchase in 2020, the black leather interior was refreshed with new driver’s seat bottom upholstery, a refurbished LCD clock display, and an overhaul of the air conditioning system.  All new carpeting was recently installed by the current owner along with the replacements of the shift boot and knob, a window regulator, and both door sill guards.  Factory options include a power sunroof and extended air conditioning for the rear seats. The original Blaupunkt “Reno” radio remains in place and the seller reports all gauges and accessories to be fully functional. 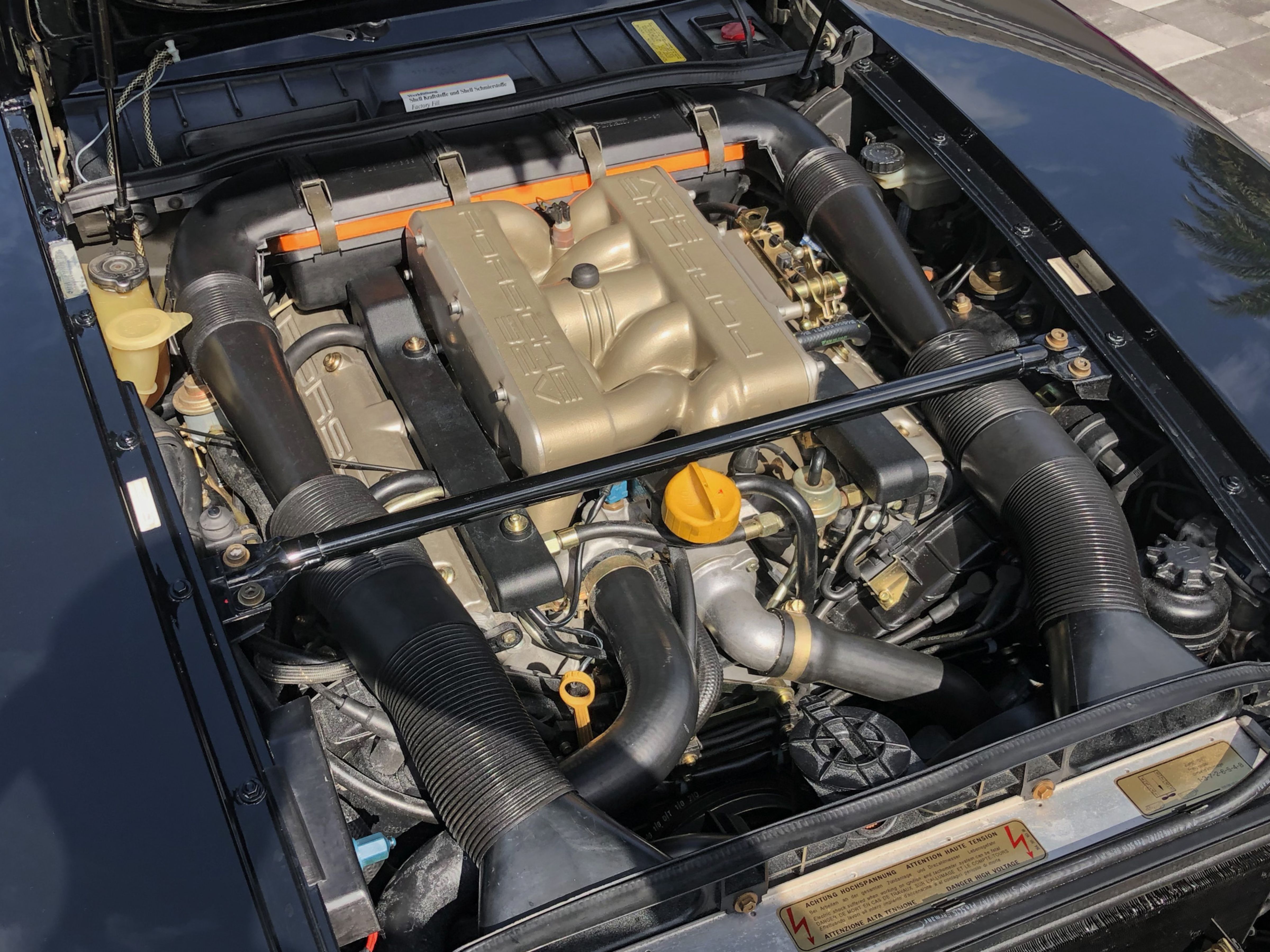 The 5.0 L V8 engine in the 928 GT was specially tuned from the factory to produce up to 300 HP, an increase of approximately 10 HP over the standard 928 S4 of the time.  This model was also offered with a 5-speed manual transaxle and a limited-slip differential as standard equipment.  This particular example has been further optioned with Boge Sport Shock Absorbers for a stiffer and more responsive ride.  The engine and gearbox are said to have been previously rebuilt by Greg Brown of Precision Metrowerks in California including new cylinder heads, bearings, a timing belt, and water pump for the engine.  The brake lines, steering rack boots, and suspension bushings have also been replaced under previous ownership.  More recently, a major inspection and service were carried out in December of 2020 at a cost of over $4,500 which included a new throttle body and Bosch alternator.  This 928 is reported to be in exemplary running order at this time, just waiting to be enjoyed. 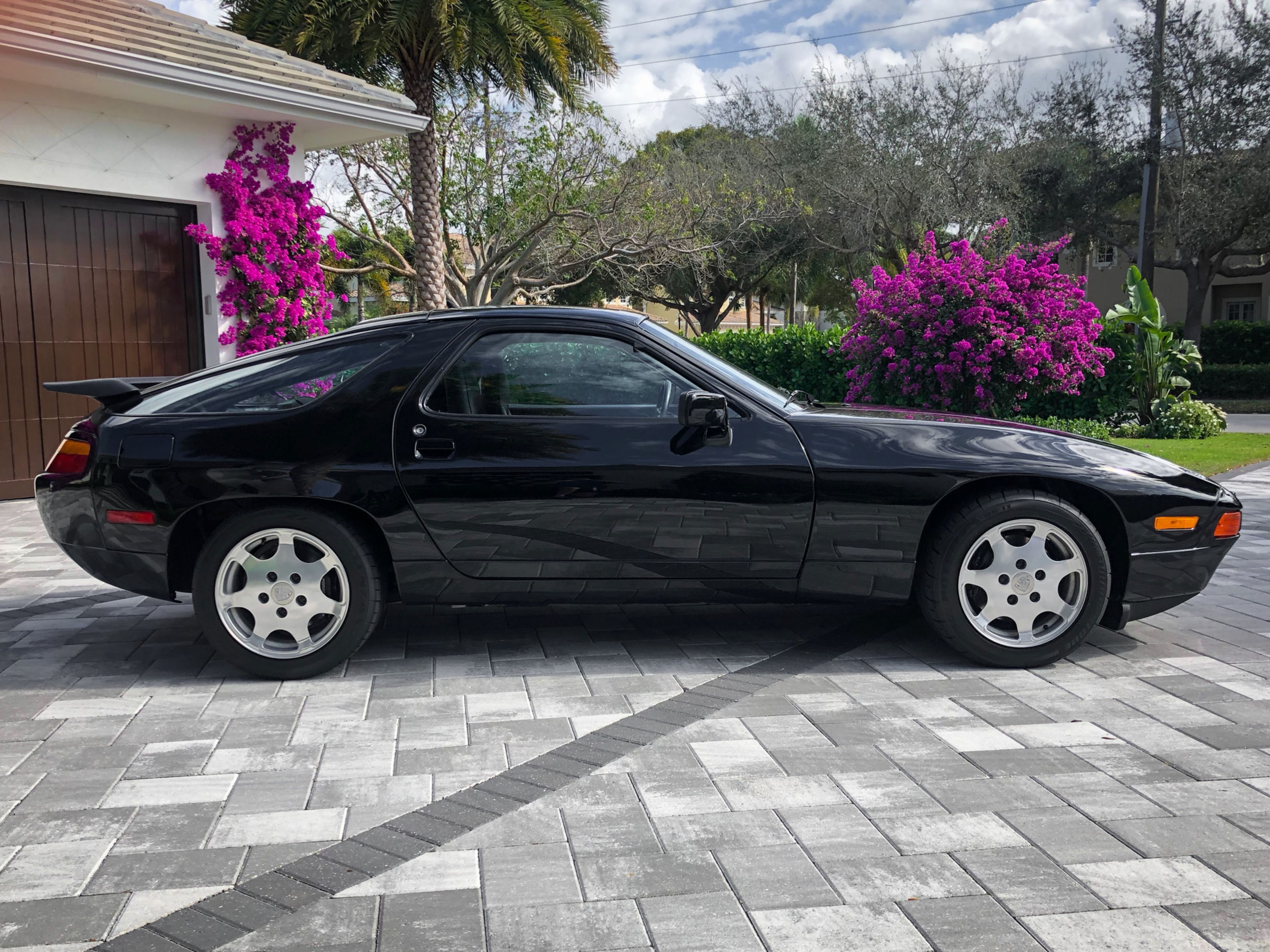 This sale will include original tools, a Porsche air compressor, spare tire, and some service records.  CARFAX suggests that this vehicle was stolen in 1994 and was subsequently issued a branded title, however, the seller states this to be incorrect and that the vehicle will be accompanied by a clean Florida title.  For any collector of transaxle Porsches, this rare and highly desirable 928 GT is not to be overlooked.