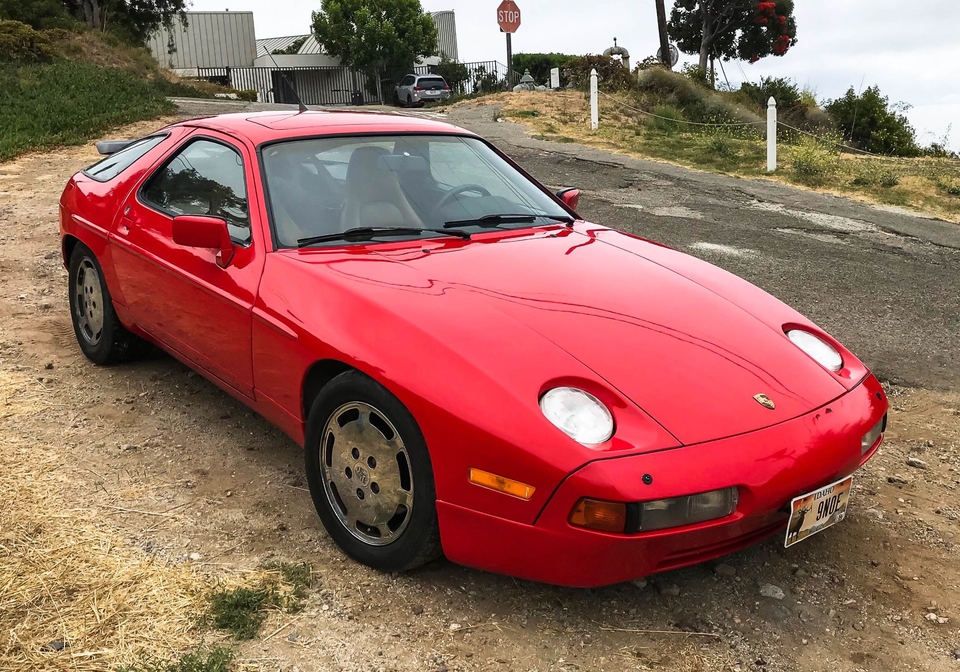 Up for auction is this 1989 Porsche 928 S4 presented in Guard’s Red over a tan leather interior.  Marking a significant evolution in the Porsche 928 lineage, the S4 series was debuted with revised styling and a new 5.0 L V8 engine.  This 2-owner 1989 example was purchased by its current owner in 1990 with only 9k miles showing on the odometer.  Having spent most of its life in California, this 928 has undergone some major service items including a full transmission and partial engine rebuild.  It is now being offered for auction in driver-grade condition showing approximately 189k miles on the odometer. 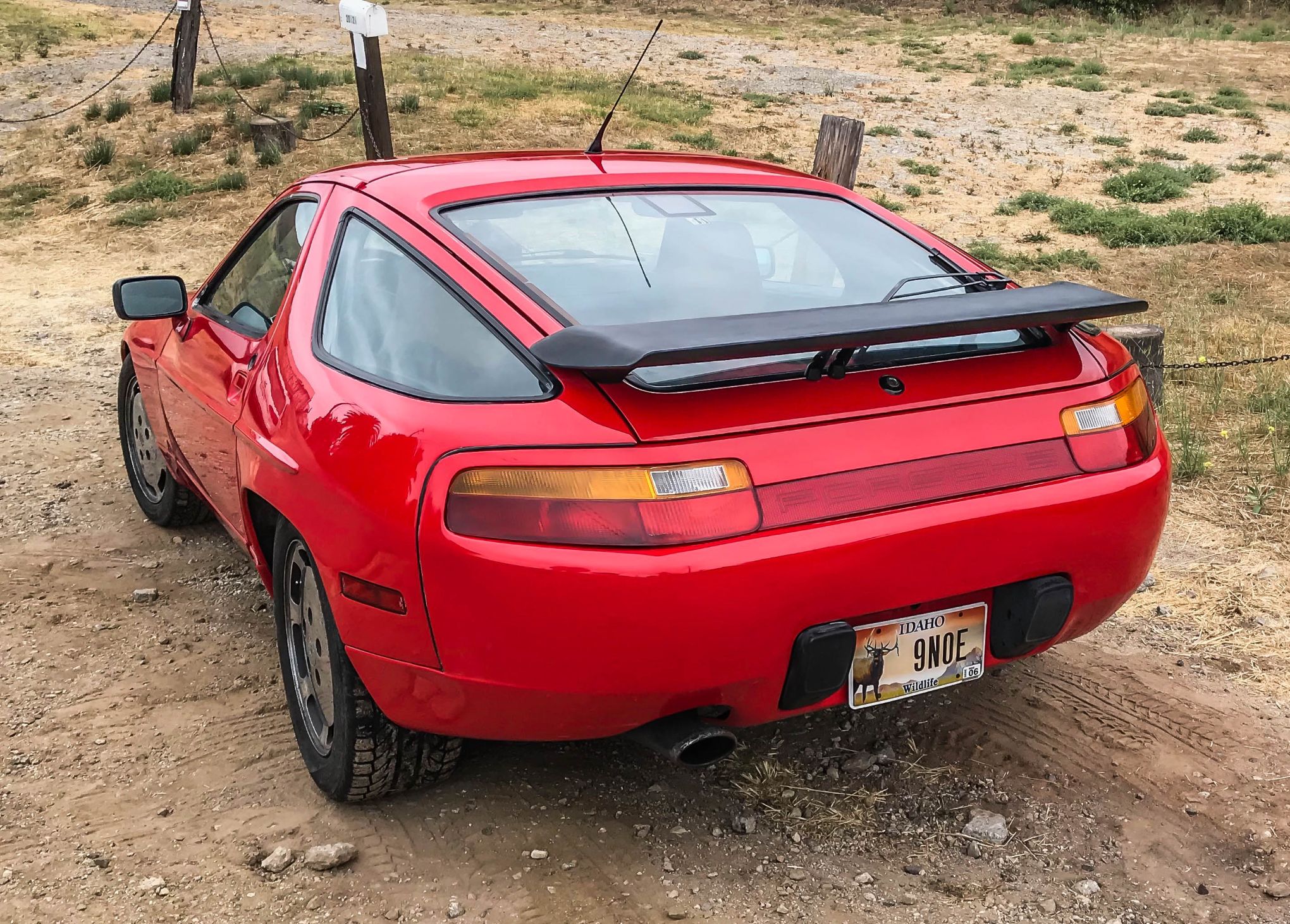 The traditional Guard’s Red finish is said to be in good condition for its age with some noted blemishes and imperfections.  A small crack can be seen in the passenger taillight and some of the window trim paint is shown to be flaking, a collection of detailed images is provided in the photo gallery.  The S4 series can be distinguished by its more rounded nose and modified front fascia, larger taillight units and large black polyurethane rear spoiler.  This 928 retains its factory chrome wheels which come dressed in BFGoodrich G-Force tires from 2011. 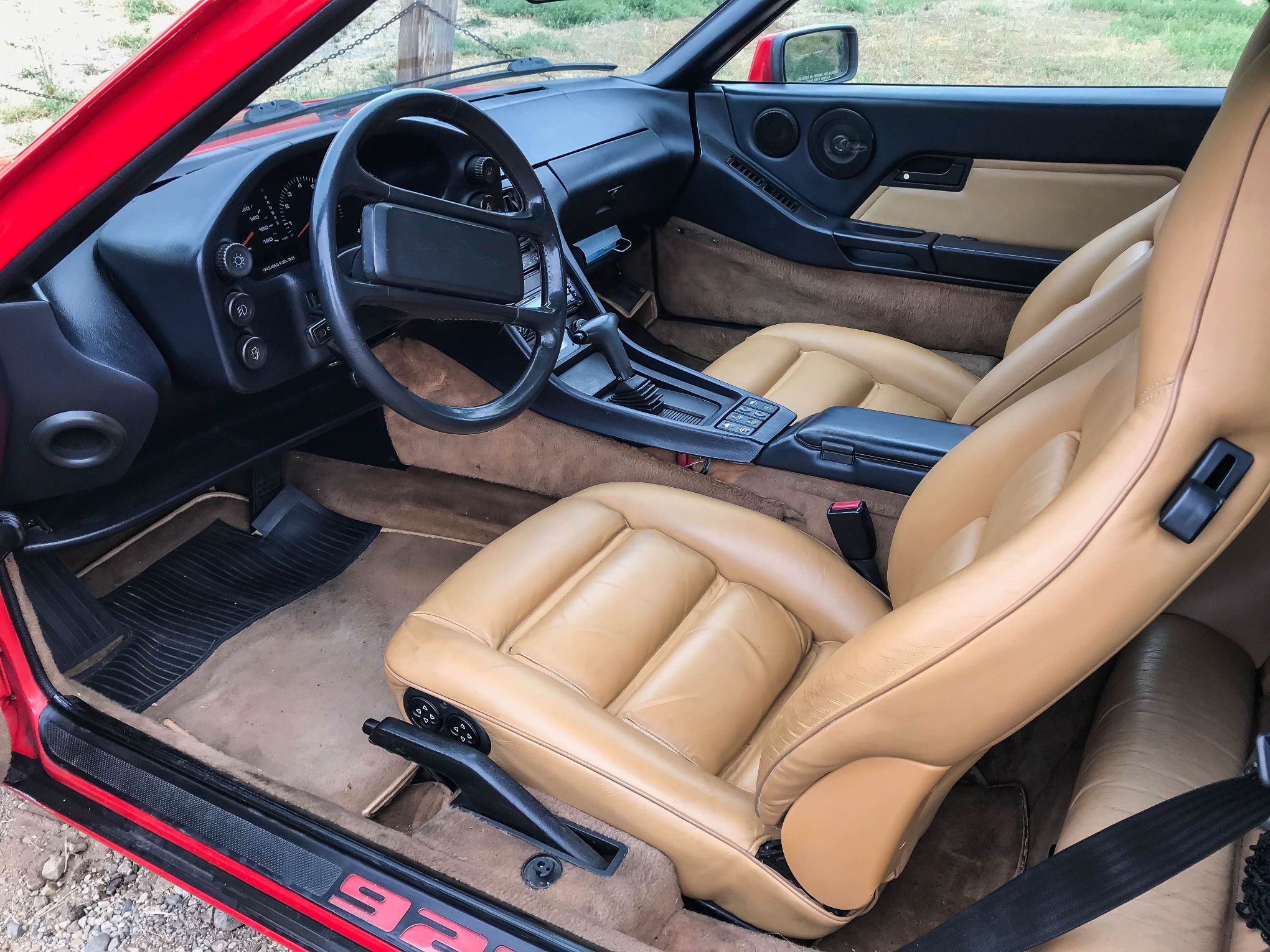 Renowned for its luxury, this 928 is appointed with a tan leather interior featuring power seats, power windows, a sunroof and a rear window wiper.  The cabin is said to be in great shape, although some cracks are present on the dashboard.  The seller indicates that the front and rear seats have been reupholstered and that an upgraded Blaupunkt amplifier has been installed.  All gauges, electrical component and accessories are stated to be fully functional with the exception of the air conditioning system. 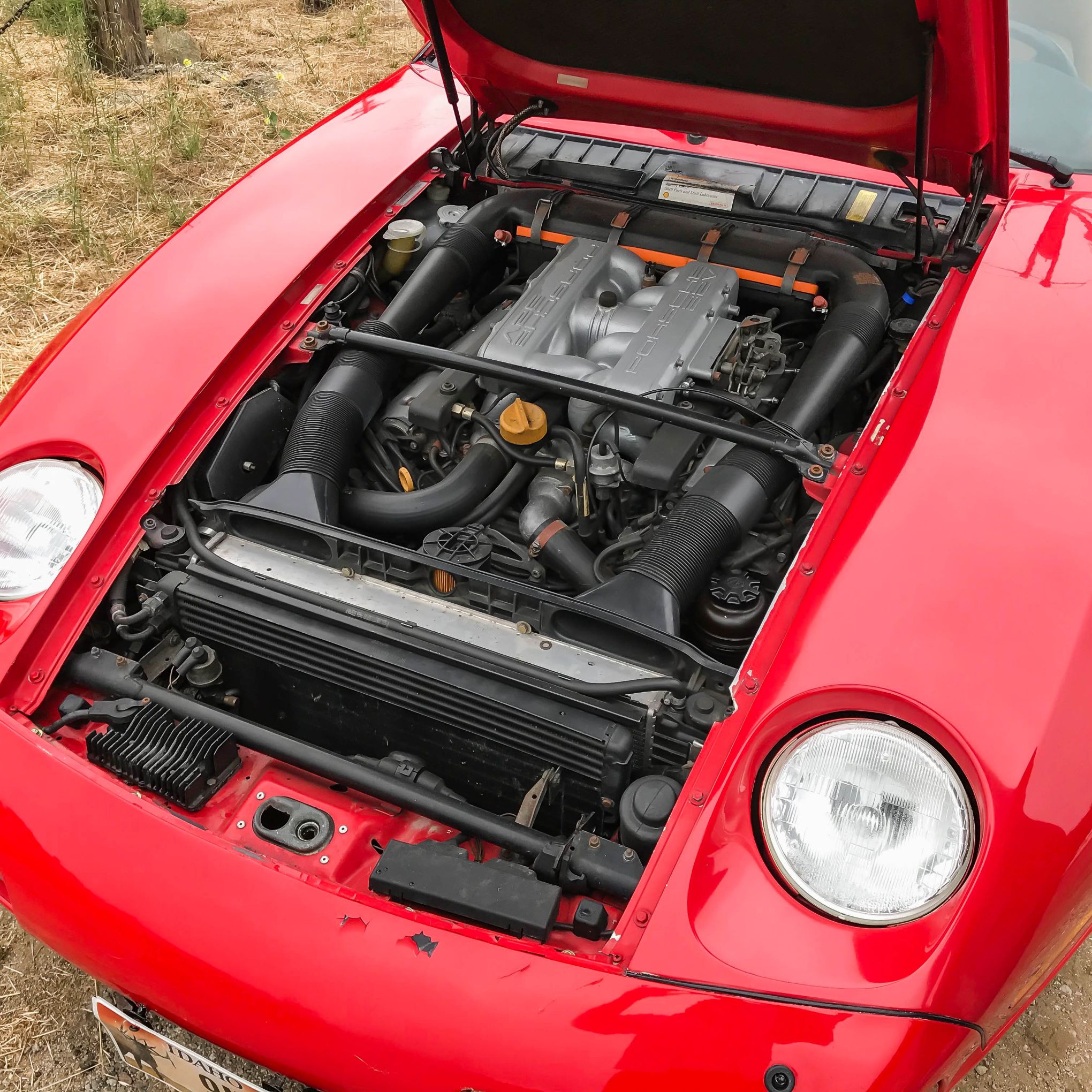 Power comes from a 5.0 L four-valve-per-cylinder V8 engine rated at approximately 320 HP.  The rear wheels are driven through a refined 4-speed automatic transaxle making this 928 an ideal grand tourer.  Included documentation shows extensive maintenance at German Car Service in Los Angeles with a comprehensive mechanical overhaul carried out within the last 5k miles which included:

This 928 is said to be up to date on all scheduled maintenance with a full service carried out in April of 2020 which included new fluids and filters, a new battery and a brake tune-up.

The sale of this 928 will include the original books, spare tire and air pump, one key and a collection of service records.  The Carfax report does show an accident, though the seller reports that there are no issues.  Do not miss your chance to own one of the most legendary vintage grand touring cars of all time.