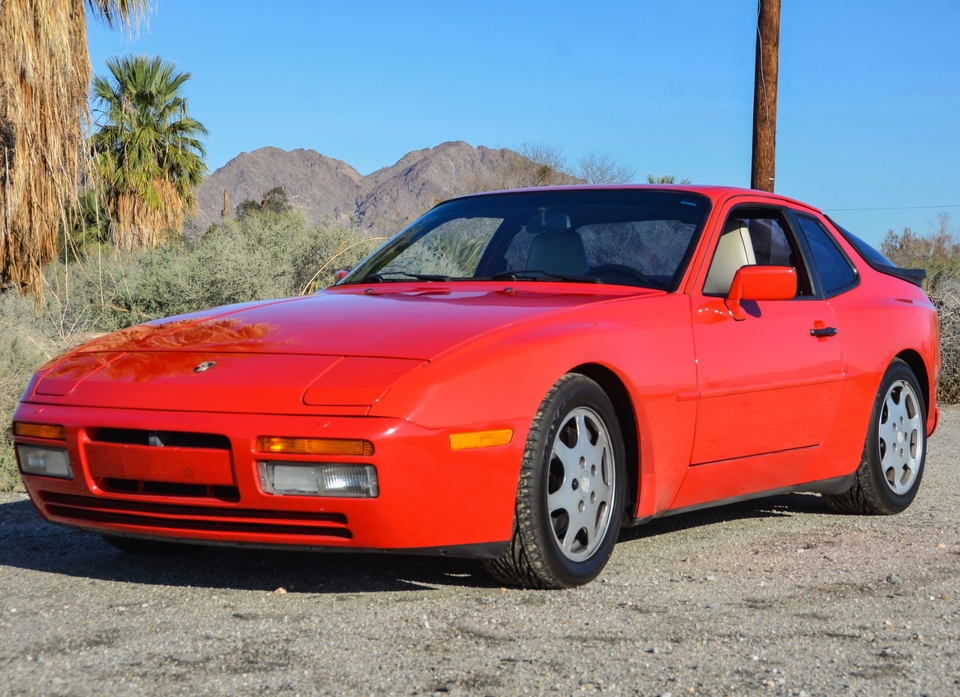 Up for auction is this outstanding 1989 Porsche 944 Turbo presented in Guards Red over a linen and black partial leather interior.  Accompanied by original accessories and a Porsche Certificate of Authenticity, this 1989 example has been under the meticulous care of its third and current owner for the past 15 years.  Highlighting some enticing performance upgrades and factory options, this 944 is now being offered for auction in exceptional condition showing approximately 42k miles on the odometer. 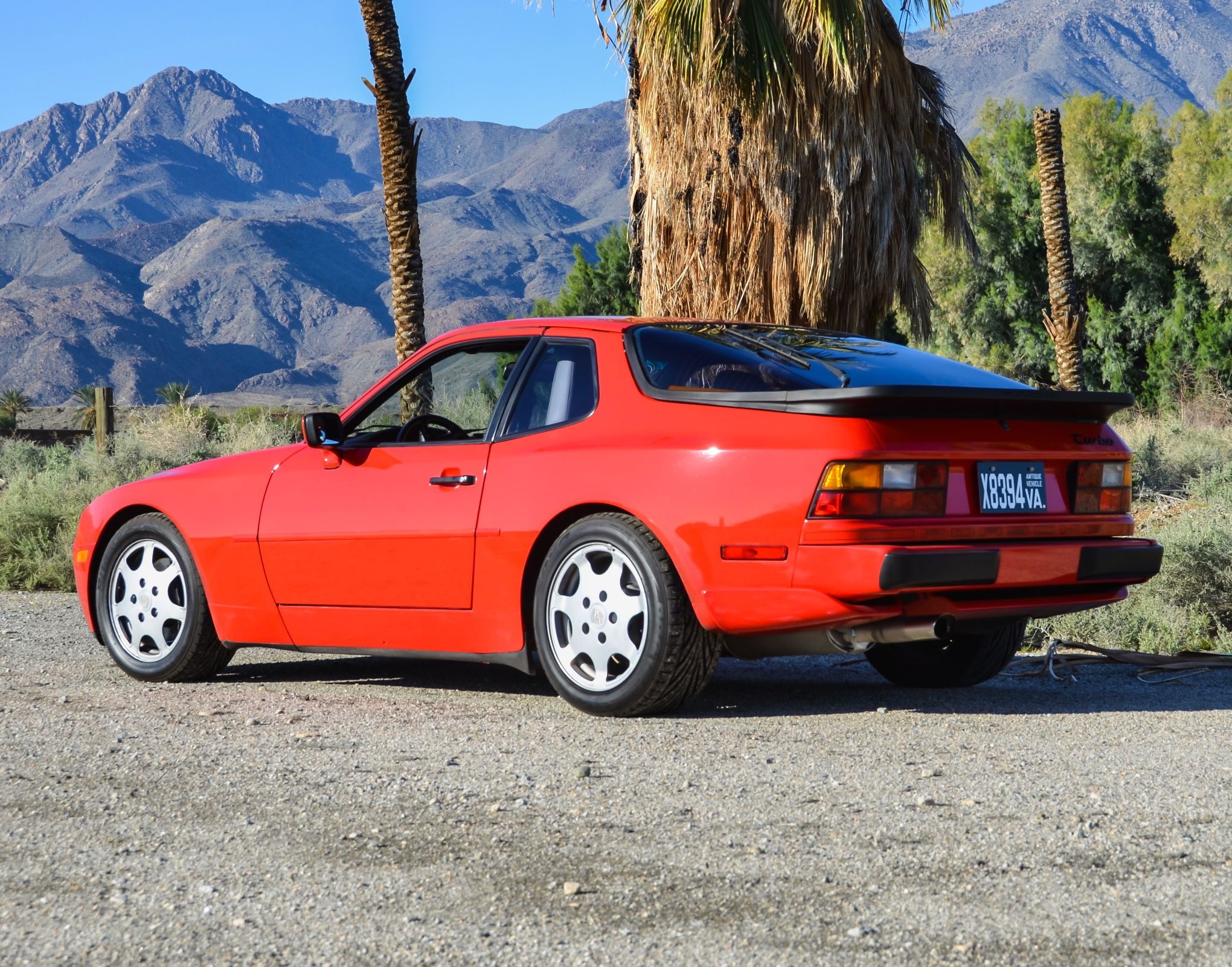 Finished in traditional Guards Red, this Turbo’s exterior is shown to remain in pristine condition.  The seller notes that paint protective film has been applied over the front bumper, fenders and halfway up the hood.  Detailed images are provided in the photo gallery along with a clean Carfax report.  This 944 rides on factory staggered-width 16” Club Sport wheels which come wrapped in a set of healthy Toyo Proxes tires. 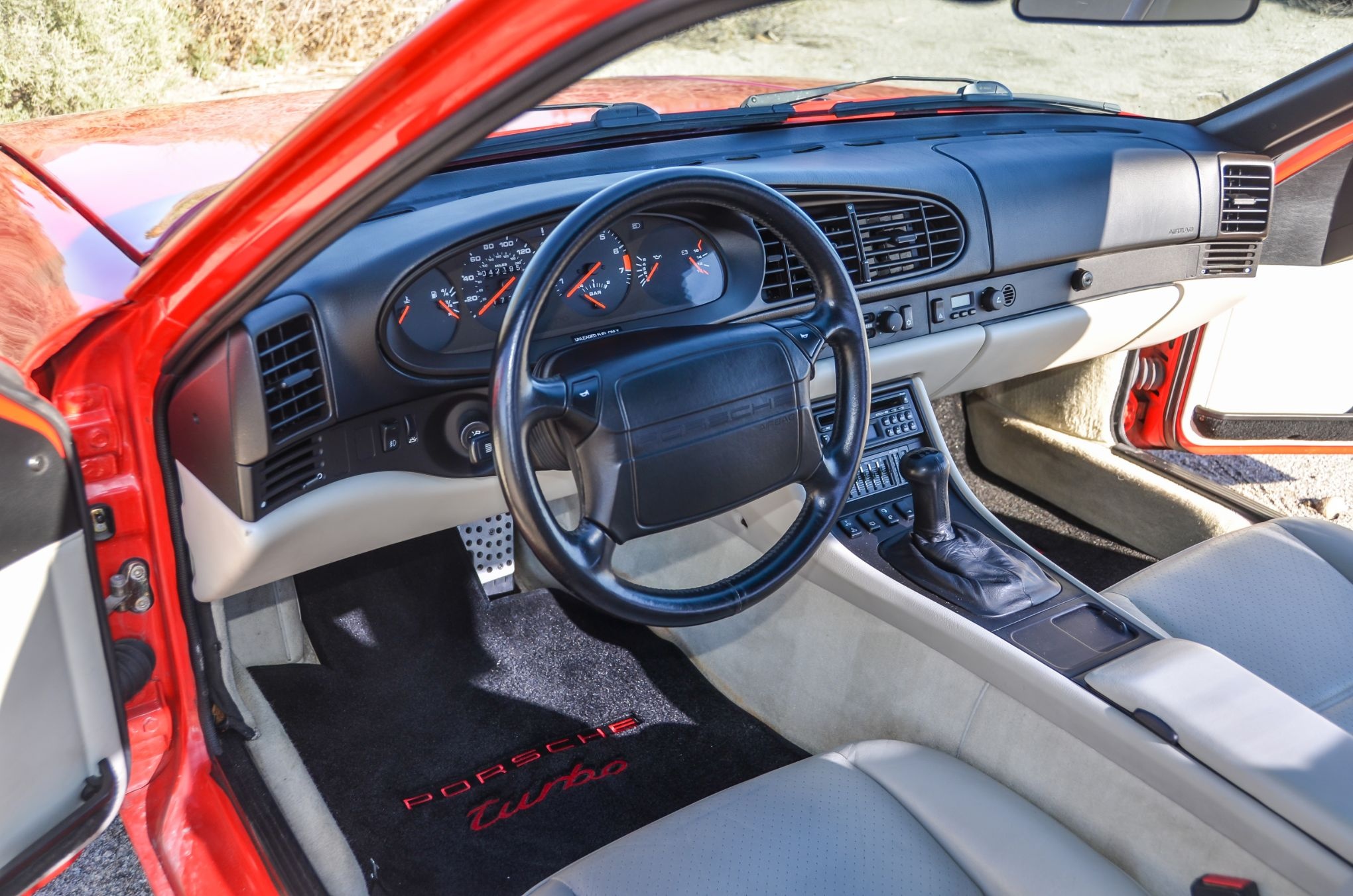 This Turbo showcases an exemplary linen and black partial leather interior.  The seller reports all gauges, electronics and accessories to be full functional.  Factory options include a Blaupunkt “Reno” radio with graphic equalizer, power operated mirrors, a rear window wiper, automatic climate control and removable sunroof.  The A/C system was recently converted to use R134 and black kick pads have been installed as well, although the original linen components will be included in-sale. 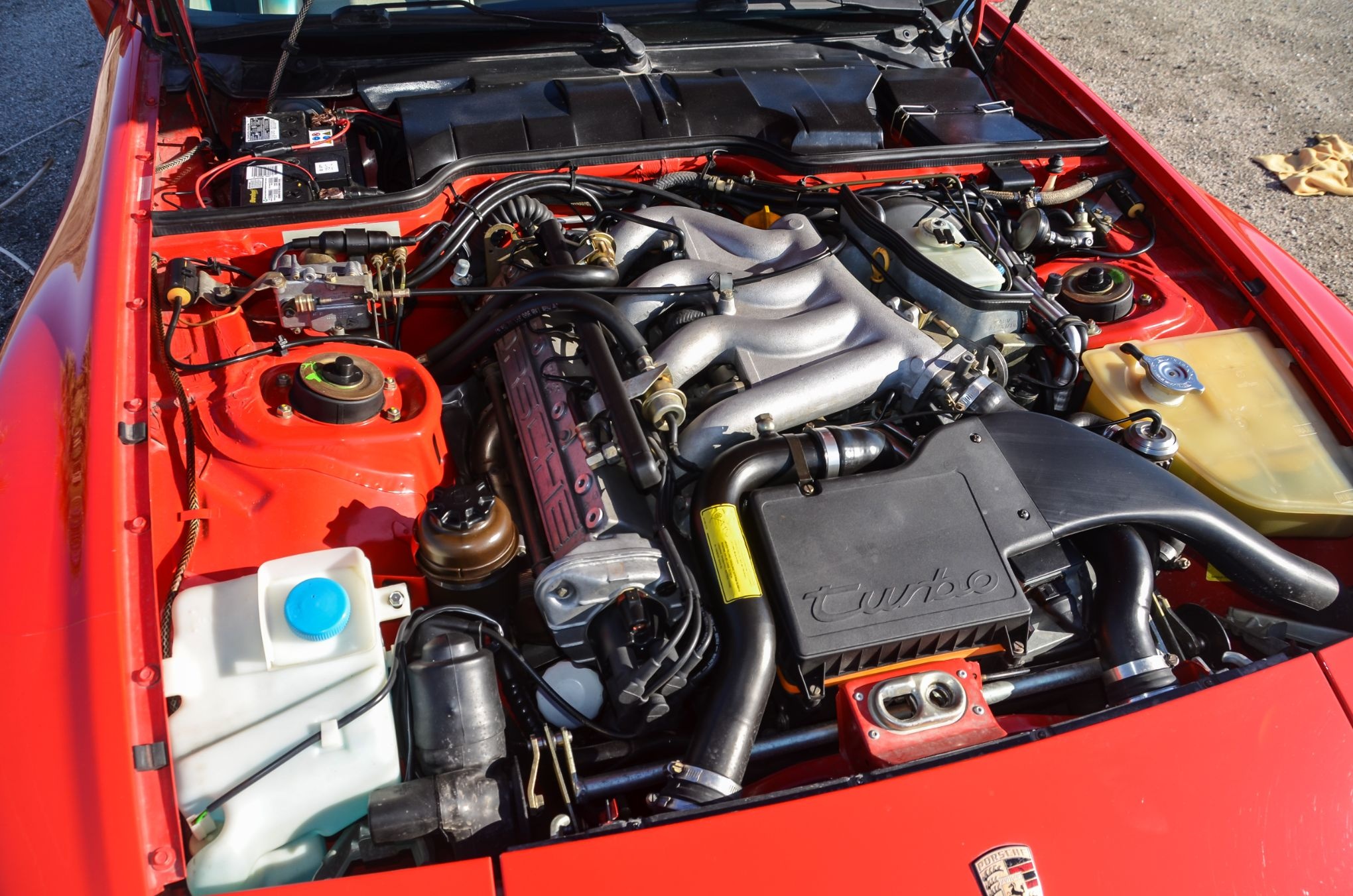 Built to the same specifications as the previous model year’s Turbo S, this 1989 Turbo is powered by a 2.5L turbocharged inline 4-cylinder engine rated at 250 HP and 258 lb.-ft of torque stock.  Power is sent to the rear wheels by way of a 5-speed manual transmission with limited slip differential making for a claimed 0-60 time of 5.7 seconds.  This 944 has been enhanced with an aftermarket turbo bypass valve, intercooler and performance exhaust system making for an even greater power output.  Accompanied by detailed service records dating back to 2005, this Turbo is up to date on all scheduled maintenance and is being offered in fantastic driving condition. 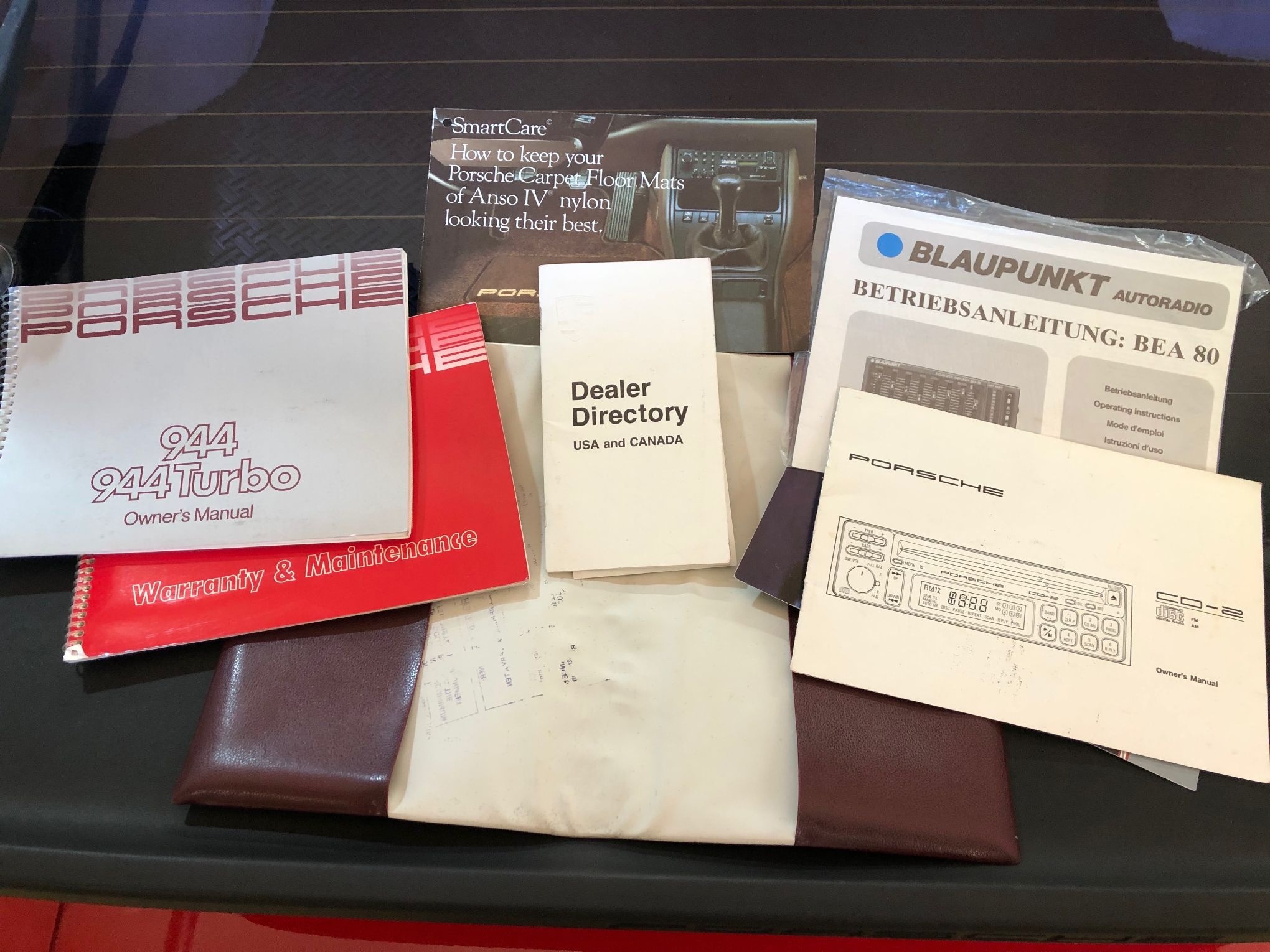 The sale of this 944 will include a set of two keys, original books and accessories, a window sticker, service records and Porsche Certificate of Authenticity.  Do not miss your chance to get behind the wheel of this beautifully presented and increasingly collectible 1989 Porsche 944 Turbo.