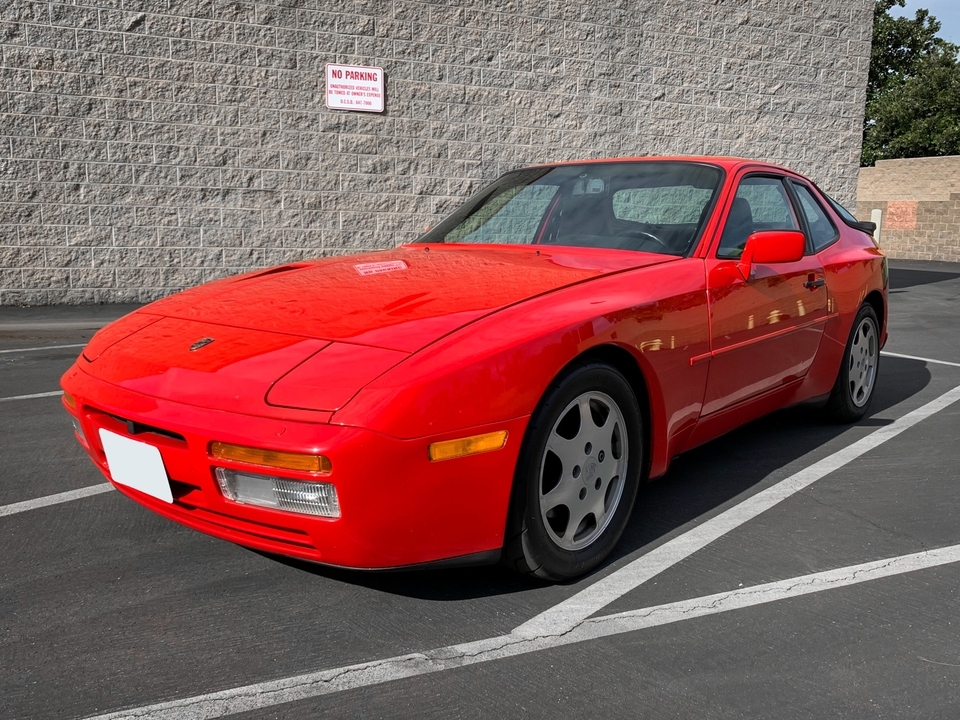 Up for auction is this 1989 Porsche 944 Turbo finished in Guards Red over a black interior.  Built to the same specifications as the previous model year’s Turbo S variant, the 1989 944 Turbo features a more powerful engine, a 5-speed manual gearbox with a limited-slip differential, and the M030 sport suspension package.  This particular example is said to have spent most of its life in Ohio before being recently purchased by the seller in California.  It features a 924 Turbo hood, an upgraded turbocharger, and several other performance modifications.  Having undergone a major service within the last year including a timing belt and water pump replacement, this 944 Turbo is now being offered for auction in excellent running order with approximately 132k miles showing on the odometer (TMU). 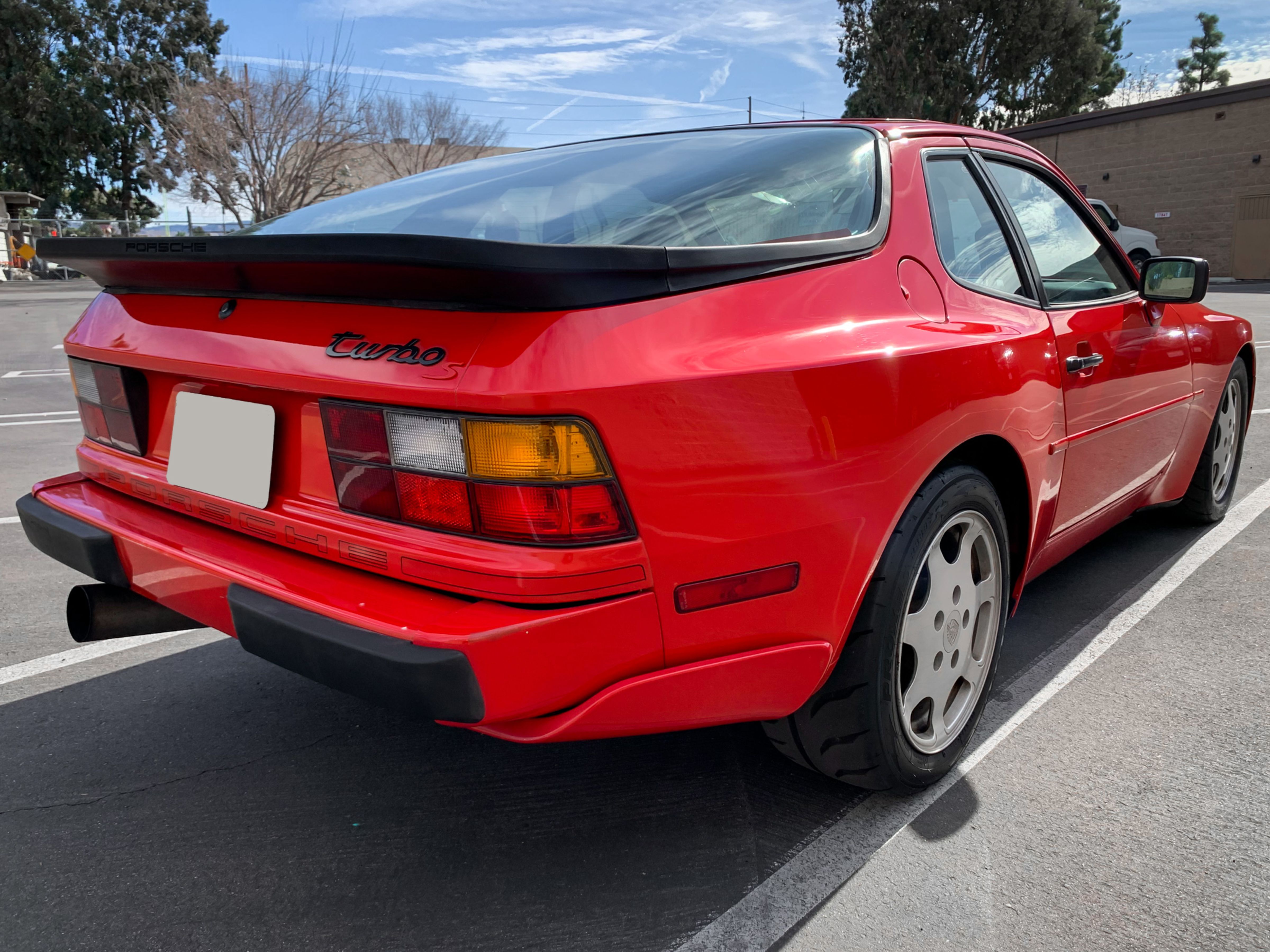 The Guards Red paint is described by the seller to be in good original condition with some minor cosmetic imperfections on the front end.  Detailed images are provided in the photo gallery.  This Turbo can be distinguished from a standard 944 by its aerodynamic front nose and body-colored rear diffuser. A NACA-ducted 924 Turbo front hood has been installed along with aftermarket HID headlights.  This Turbo rides on factory D90 wheels dressed in a relatively new set of Toyo R888 tires. 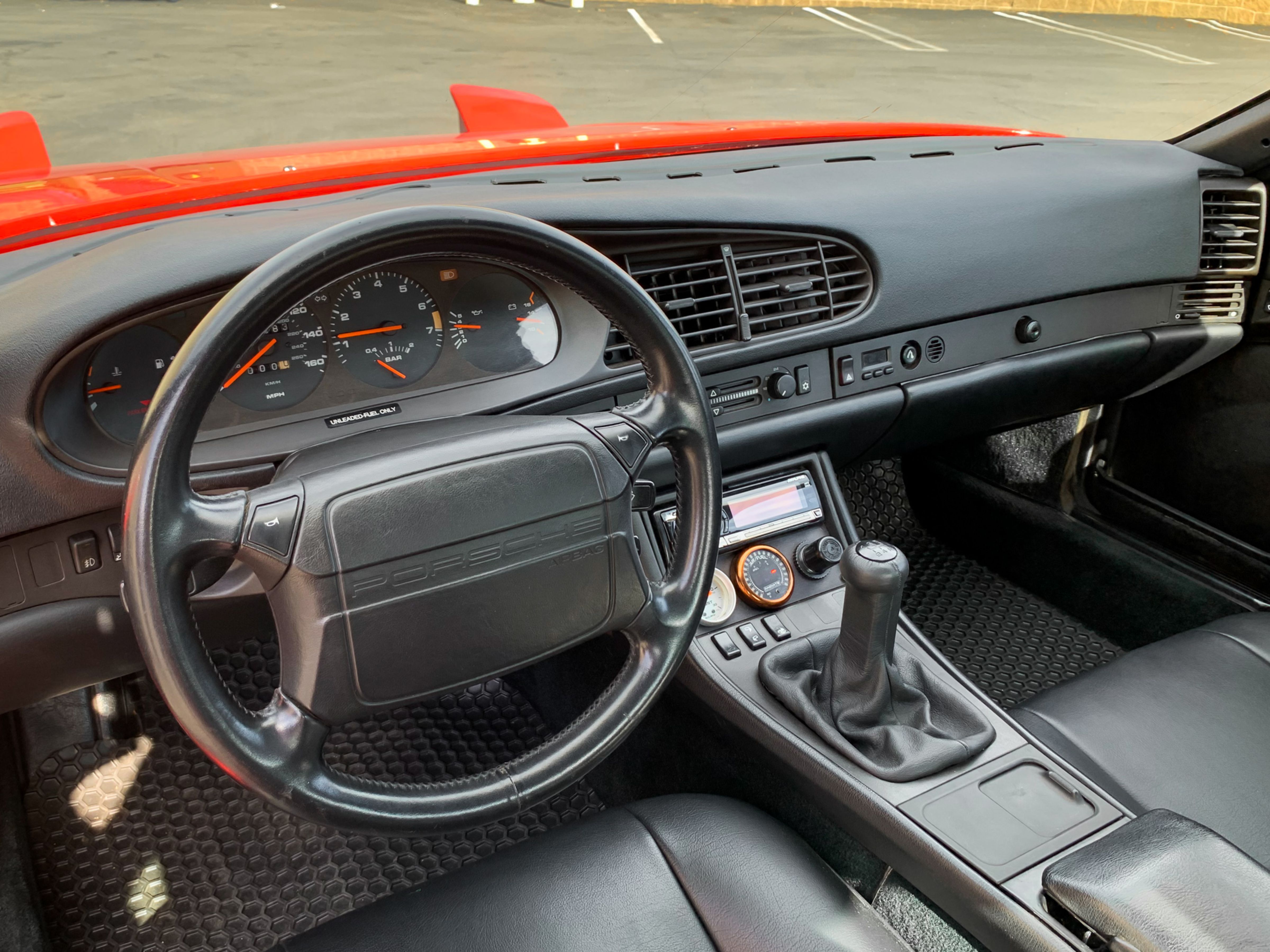 Inside, the black interior is noted to have been kept in great shape with protective covers over the seats and dashboard.  A short-throw shift kit has been installed along with an aftermarket radio.  The air conditioning has been updated to R134 and the seller confirms all gauges and accessories to be working properly except for the odometer which is currently inoperable. 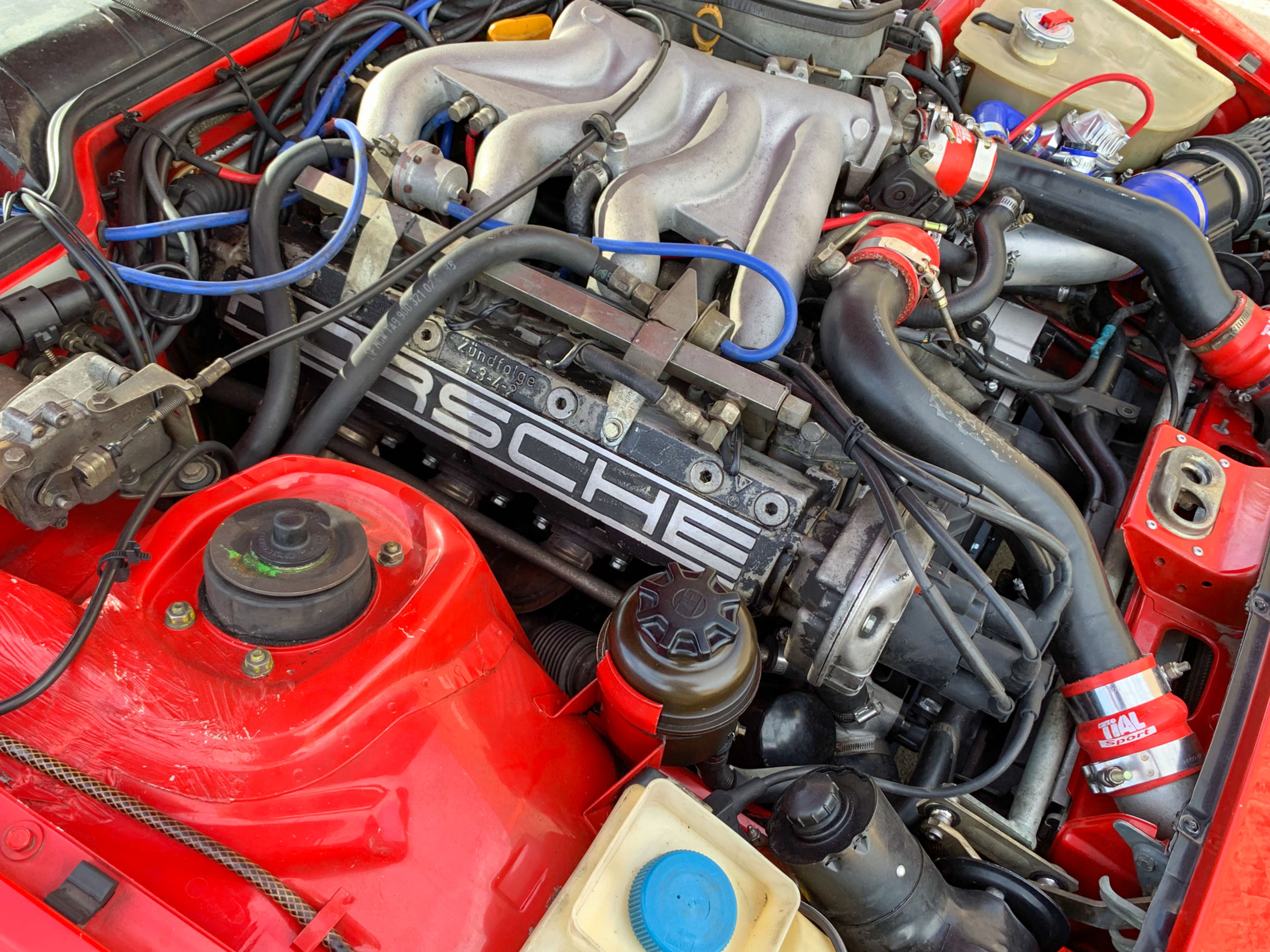 Offering the same specifications as the previous model year’s Turbo S, this 1989 Turbo model is equipped with an M44/52 2.5 L inline 4-cylinder turbocharged engine rated at 250 HP and 258 lb.-ft of torque.  In its stock configuration, the 1989 Turbo “S” is capable of producing 30 HP more than the standard 944 Turbo from years prior.  The rear wheels are driven via a 5-speed manual transaxle with a limited-slip differential providing for a 0-60 time of approximately 5.5 seconds and a factory-rated top speed of 162 MPH.  The Turbo "S" also features the upgraded front brakes from the 928 S4 and the M030 suspension package consisting of adjustable Koni shocks, progressive rate springs, larger torsion/anti-roll bars, harder bushings, and stiffened chassis tuning. Upgrades on this example consist of a larger Super 61 P-Trim turbocharger, a mass air-flow kit, dual-port wastegate, boost controller, HKS blowoff valve, and a 3” downpipe connecting to a 4” exhaust system.  A collection of service records are included and the following maintenance items are said to have been addressed within the last year: 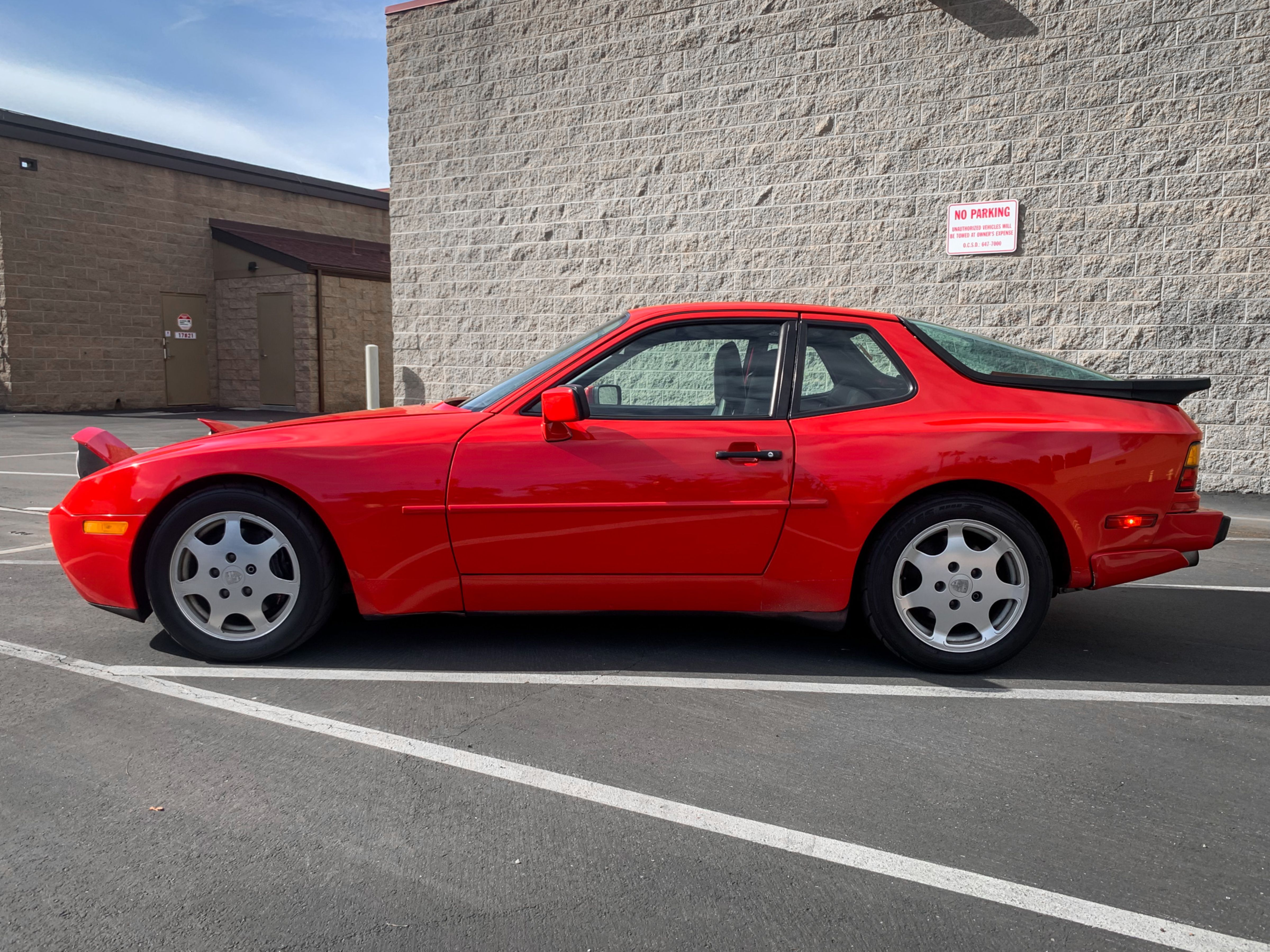 This sale will include a toolkit and a clean title. This 1989 Turbo remains one of the most collectible transaxle Porsches on the market, do not miss out.