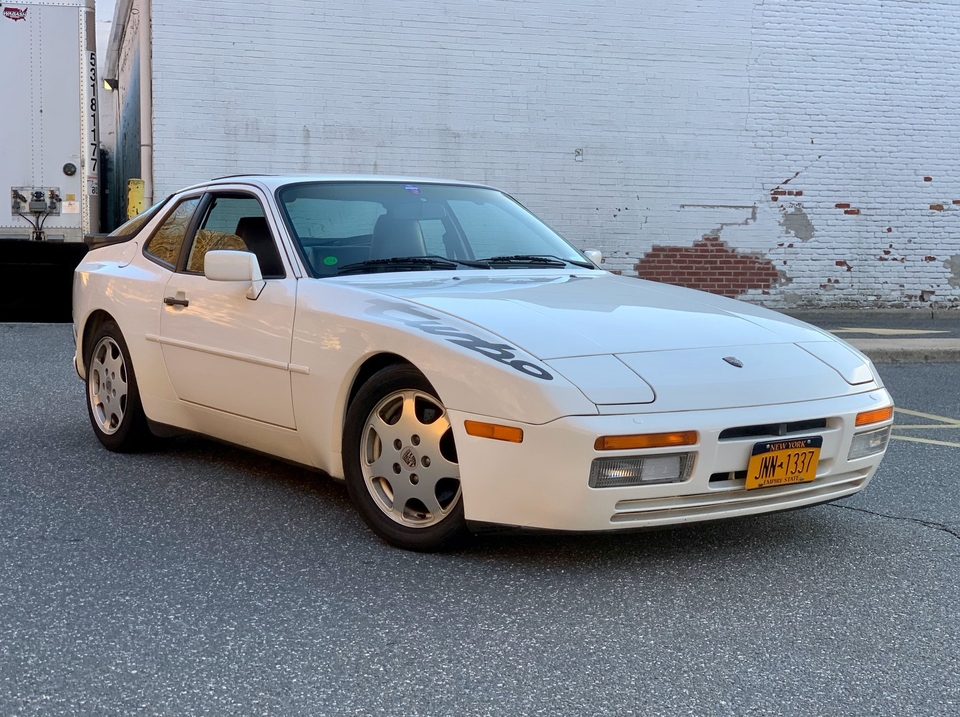 We are pleased to offer this 1989 Porsche 944 Turbo for auction.  Benefiting from the performance upgrades of the 1988 Turbo being standard on the 1989 model, many consider this to be a Turbo.  Being offered in highly original condition, this stunning 1989 example started life in California before making its way to Michigan in the mid 90’s.   Accompanied by service records and original documentation, this Turbo is the perfect opportunity for any enthusiast looking to get behind the wheel of one of Porsche’s most legendary front-engine sports cars. 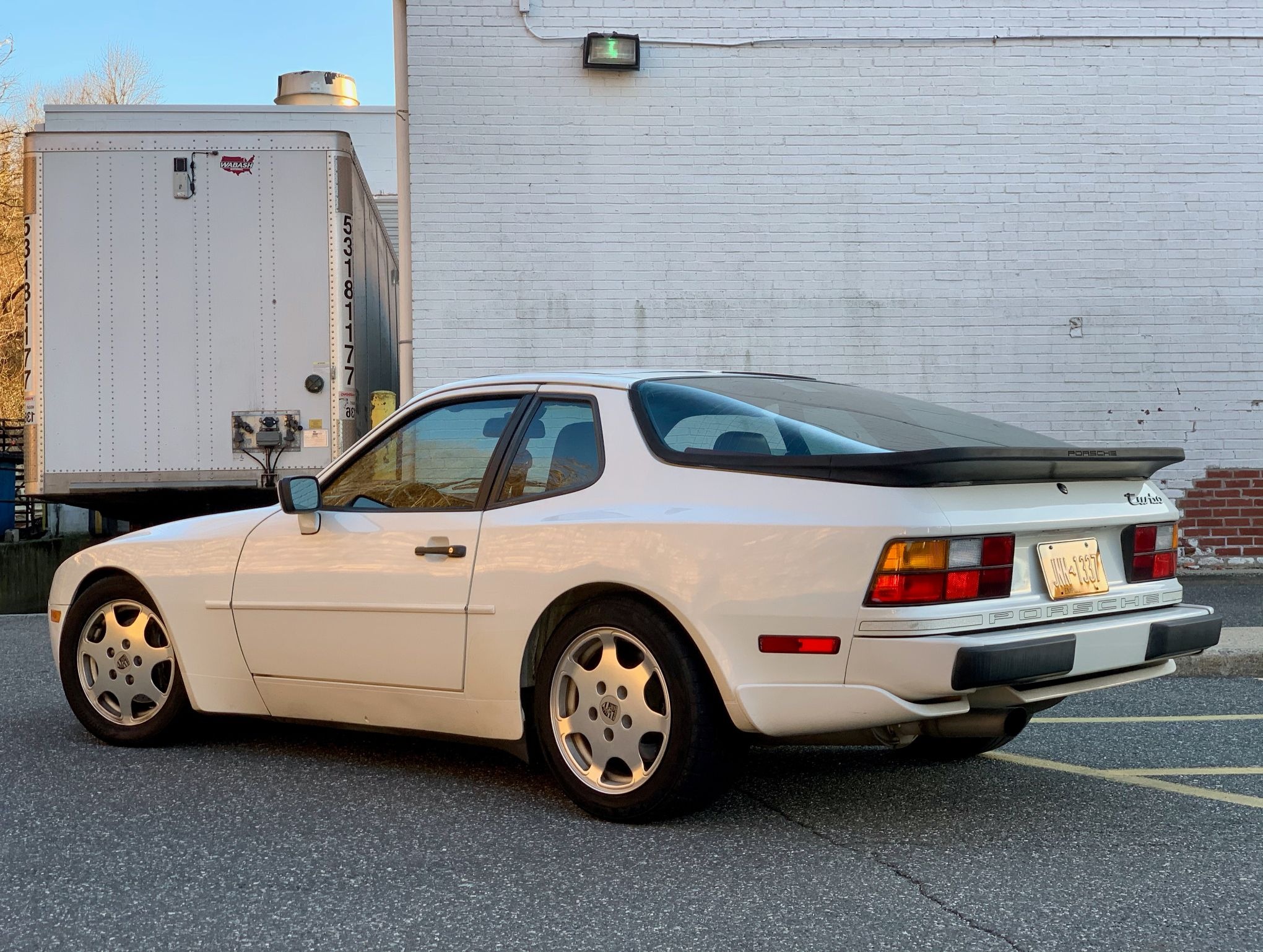 A true survivor, this 944’s white exterior is shown to be in great shape with minor signs of road going wear.  Extensive images are provided in the photo gallery along with up-to-date paint meter readings.  Visual features include decorative “Turbo” script on the front fender and distinctive pop-up headlights.  The seller notes that factory protective film remains in areas like the rocker panels and rear bumper.  This 944 remains stock in appearance however, the rocker sill covers are reported to be missing on both sides.  This Turbo rides on nicely-preserved factory 16” magnesium wheels which are currently wrapped in Bridgestone Potenza tires. 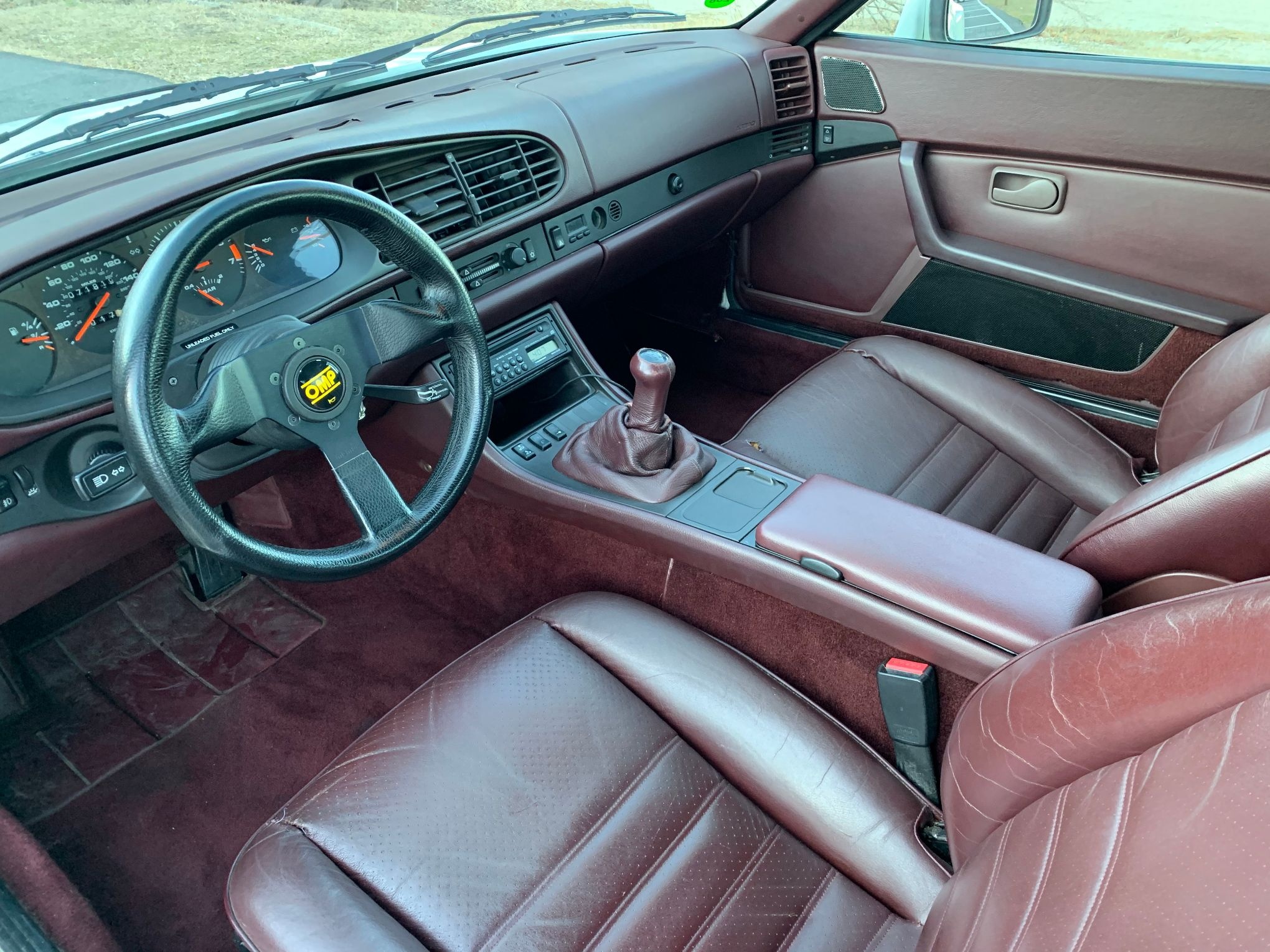 This 944 showcases a burgundy interior that is said to remain in excellent original condition.  Upgrades consist of an OMP steering wheel (original included) and an aftermarket Blaupunkt radio.  The seller has noted a few minor blemishes such as some age appropriate wear on the driver and passenger seats (see gallery), missing cigarette lighter, and an inoperable drivers side power window.  Marking Porsche’s top-range 944 model, this Turbo is outfitted with the following factory options:

All gauges, electrical components and accessories are reported to be fully functional however the driver’s side window switch and regulator have been recommended for replacement by the seller. 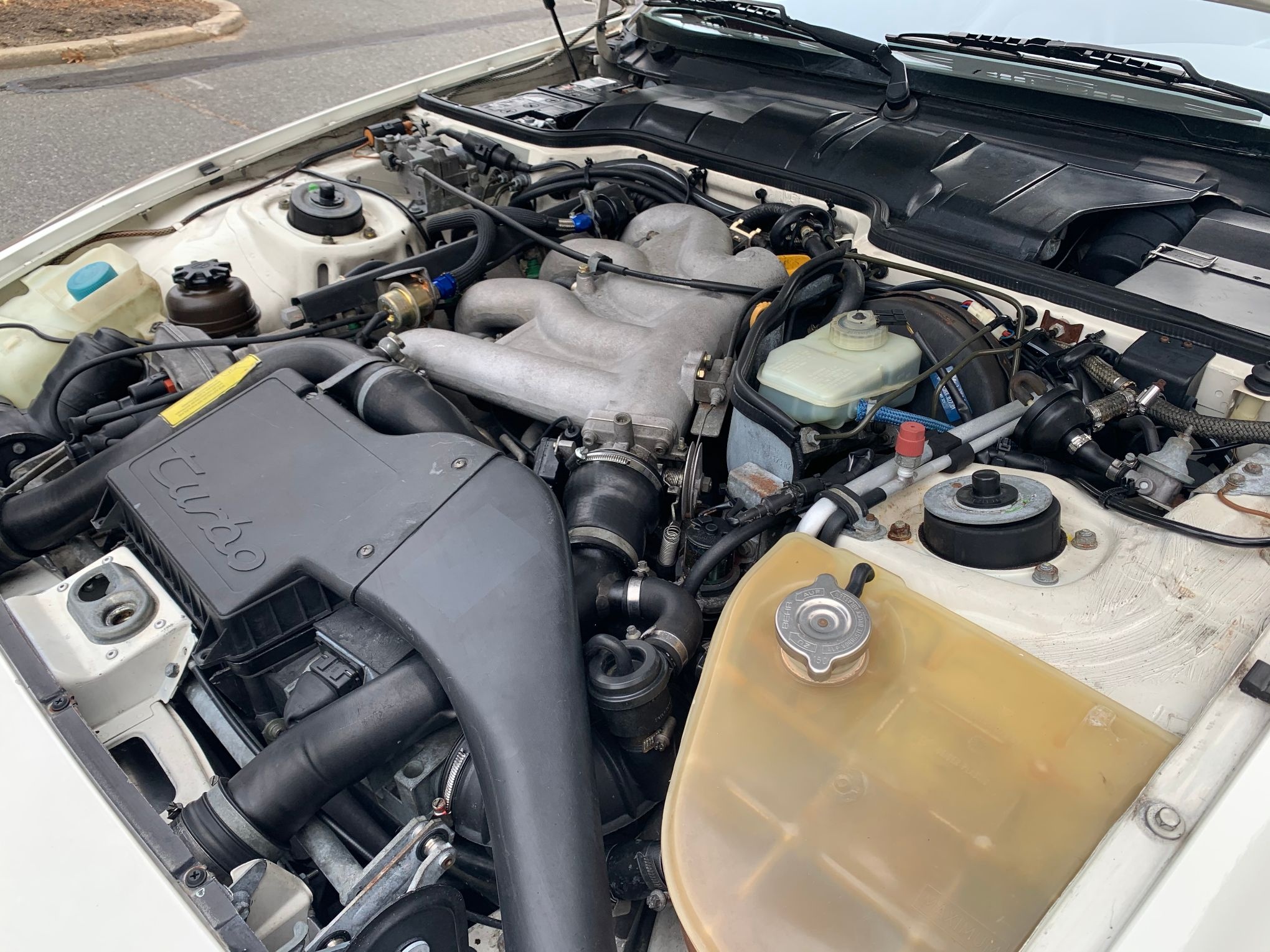 This 944 is equipped with a turbocharged inline 4-cylinder engine that sends approximately 250 HP to the rear wheels by way of a 5-speed manual transmission.  Using this drivetrain, the 944 Turbo sprints from 0-60 in under 6 seconds while reaching top speeds north of 160 MPH.  Factory enhancements include Sport Suspension, Bosch antilock brake system and a limited slip differential with 40% lock. 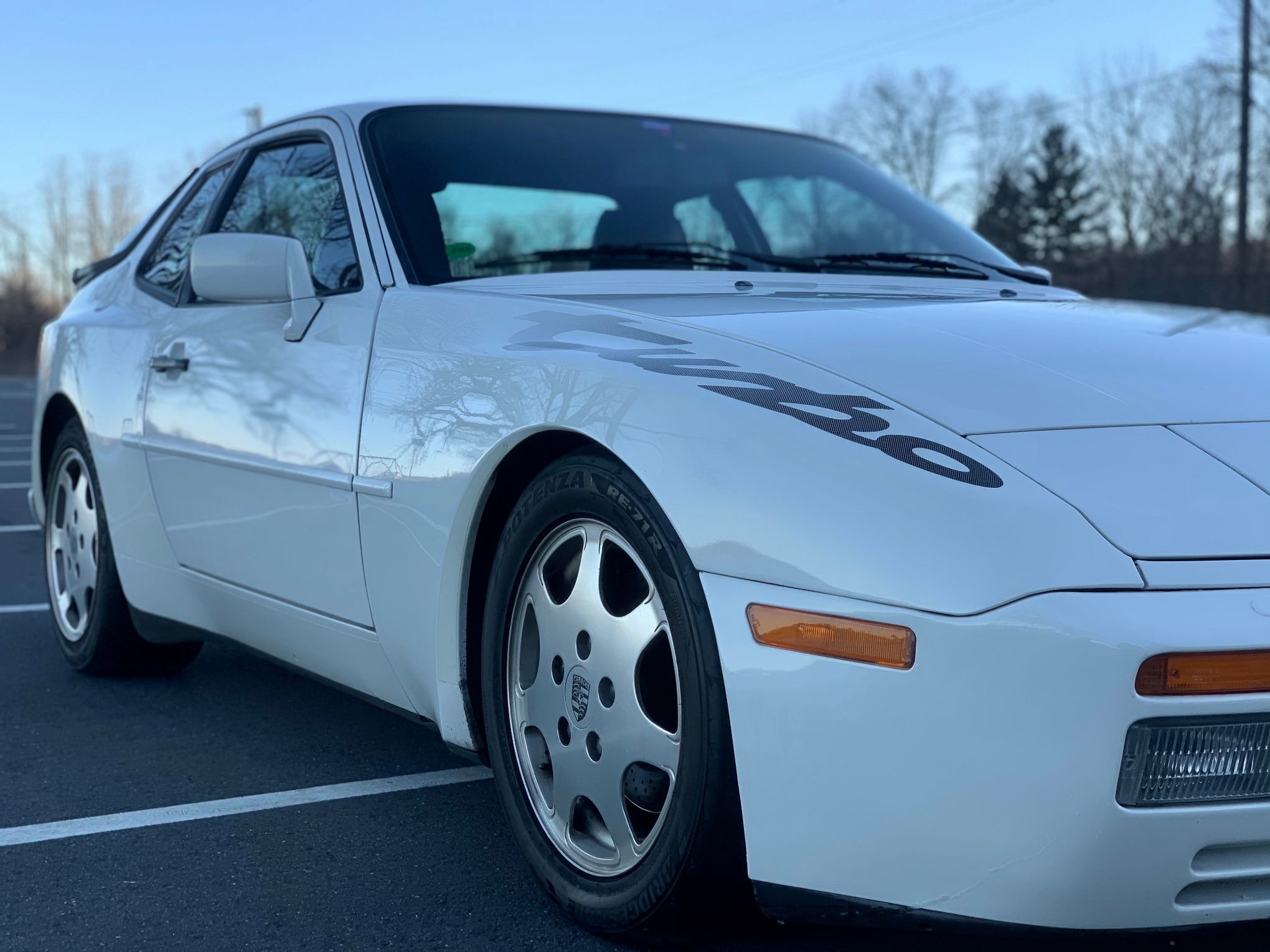 The seller notes that a new OEM muffler has been installed along with upgraded fuel feed/return lines and a two-piece turbo up-pipe for easier service.  After being purchased in 2017 with approximately 65k miles shown, the owner had the timing belt and water pump replaced at TKX performance in Huntington, NY.  During a recent service the head gasket was replaced, and a new aluminum radiator was installed.  Showing to have been diligently maintained, this 944 is being offered in excellent driving condition. 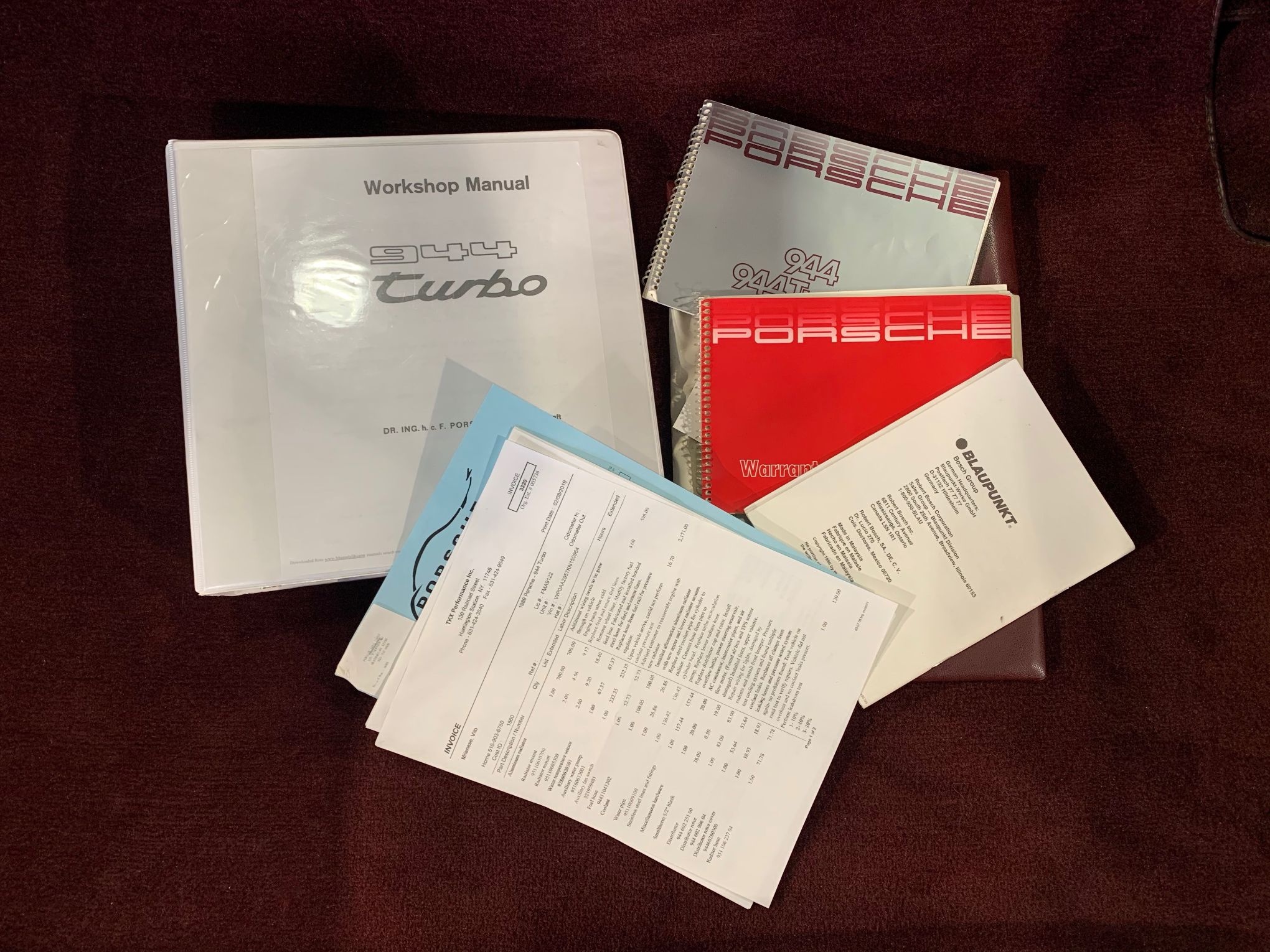 The sale of this 944 will include 2 sets of keys, original books and documentation, service records, factory steering wheel, tools, a jack, spare tire, and clear title.  Representing the ultimate road-going 944, the Turbo is among the most collectible front-engine Porsches ever made.  Do not let this fantastic opportunity pass you by.