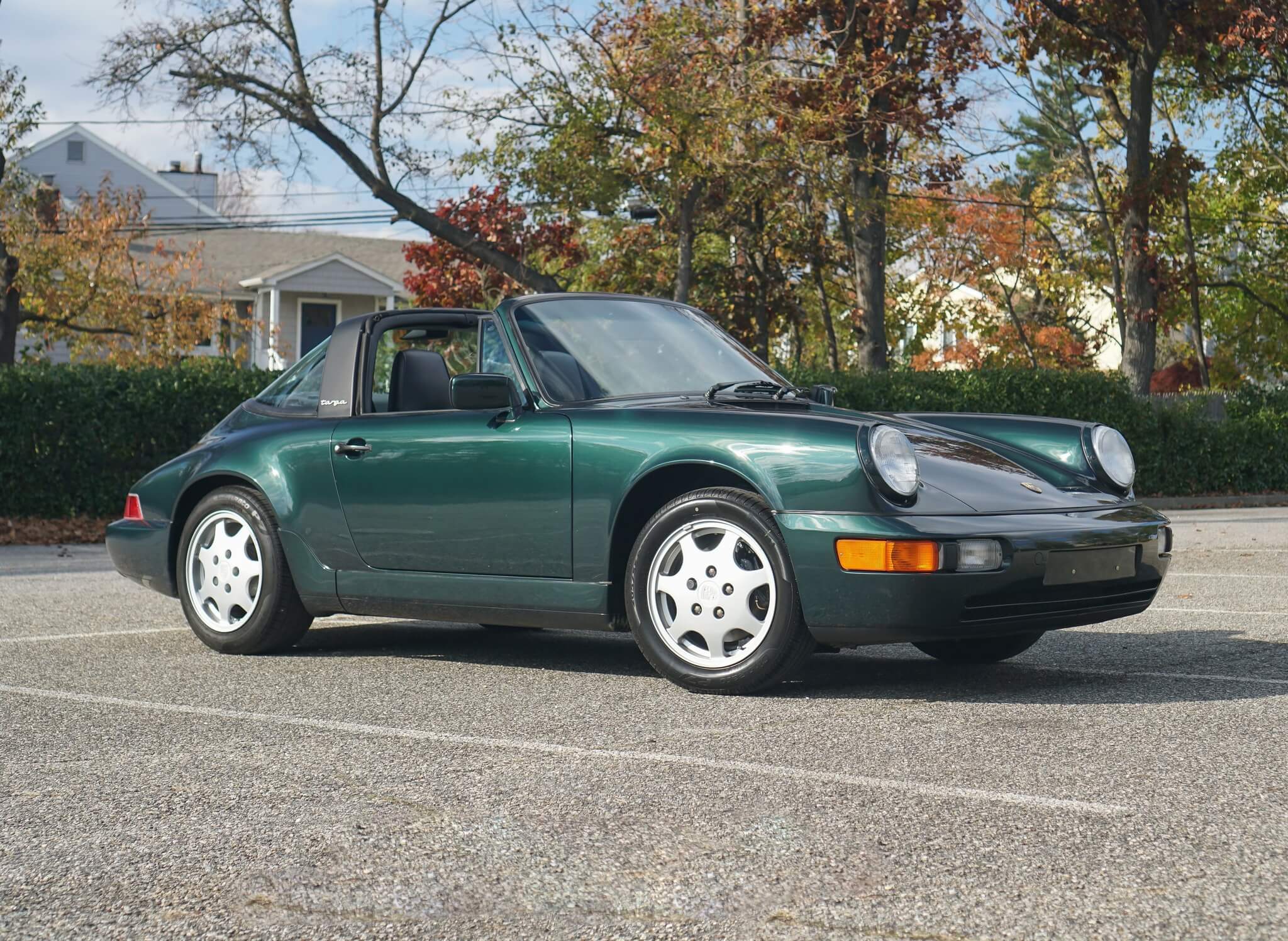 Presented in Forest Green Metallic, this 1990 Porsche 964 is one of only 158 Targa versions produced for the U.S. during the model year and even fewer to have been configured as a Carrera 2 with a 5-speed manual gearbox. It was purchased new from Ed Byrnes Porsche in Massachusetts and remained under the care of its original owner up until recently. A rare example of the Porsche 964 accompanied by extensive records and documentation, this Targa is now being offered for auction out of New York showing approximately 88k miles on the odometer. 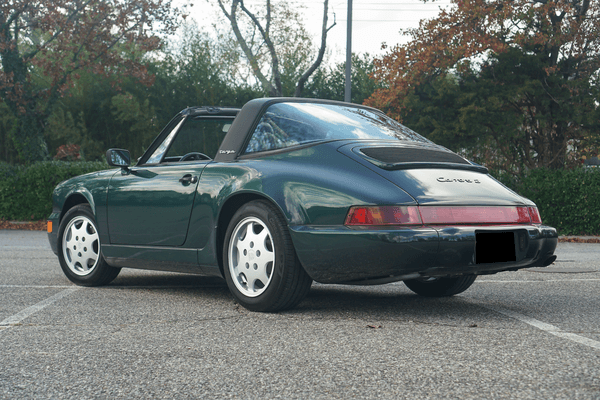 This 964 comes factory-finished in the rarely seen color of Forest Green Metallic (22E) with a black wraparound Targa band and removable roof panel. It rides on a set of factory 16” Design 90 cast alloy wheels, additional images are provided in the gallery along with a clean CARFAX report. 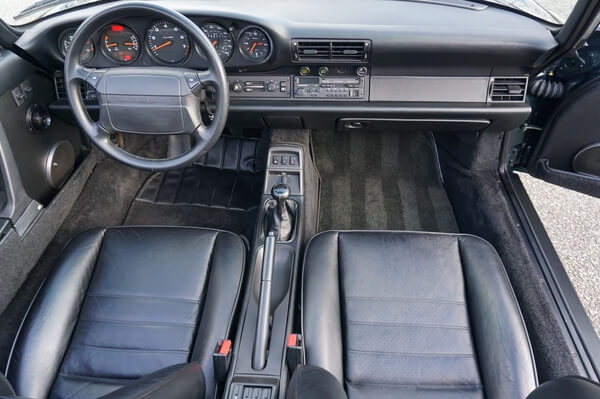 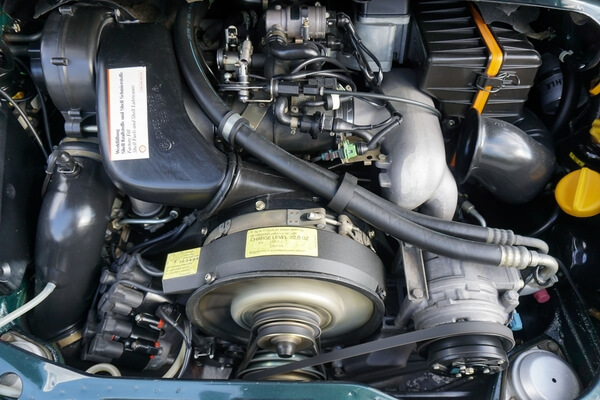 An air-cooled 3.6-liter flat-six engine delivers as much as 247 HP to the rear wheels through a 5-speed G50 manual transmission. Standard performance features include force-sensitive power steering, power-vented disc brakes with ABS, toe-correcting rear suspension, an extendable rear spoiler, and stabilizer bars front and rear. A lifetime of maintenance documentation accompanies the sale including an invoice for a major engine-out service and re-seal by European Performance Engineering (EPE) in 2011. A more recent invoice from EPE shows the clutch master and slave cylinders replaced in 2018 at just over 88k miles along with a brake fluid flush, A/C system check, and general service. 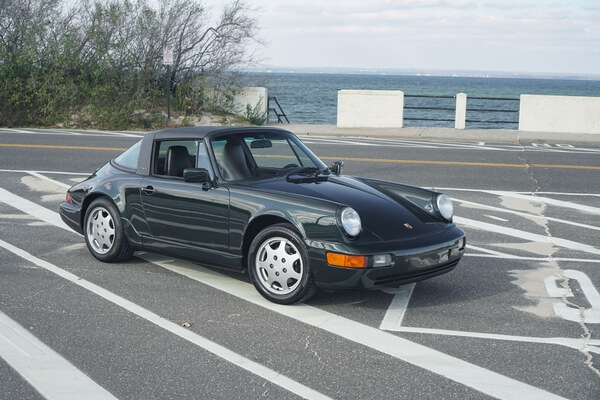 This sale will include the original owner’s manuals and sales documents, extensive service records, a toolkit, a spare tire, an air compressor, and a clean title.