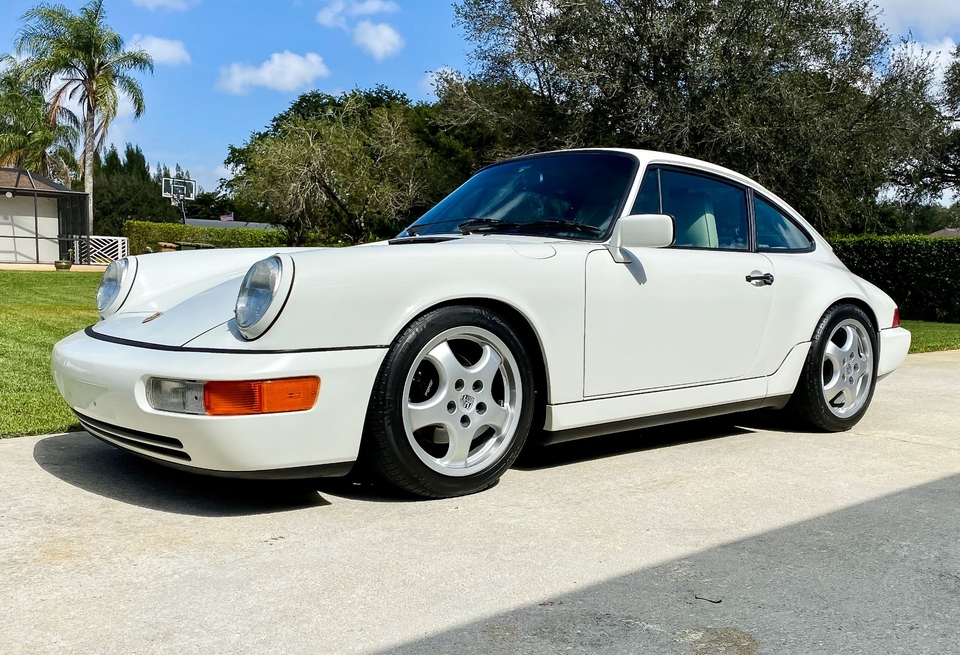 Up for auction is this generously configured 1990 Porsche 964 Carrera 4 presented in Grand Prix White over a Linen and black two-tone interior.  Outfitted with desirable factory options including power operated and heated seats, a rear windshield wiper and extended leather, this 964 is not to be overlooked.  Having been under the ownership of an air-cooled master technician, this 1990 example has undergone an engine reseal, clutch replacement and recent full service.  Showing approximately 121k miles on the odometer, this Carrera 4 is now being offered for auction in excellent driver’s condition. 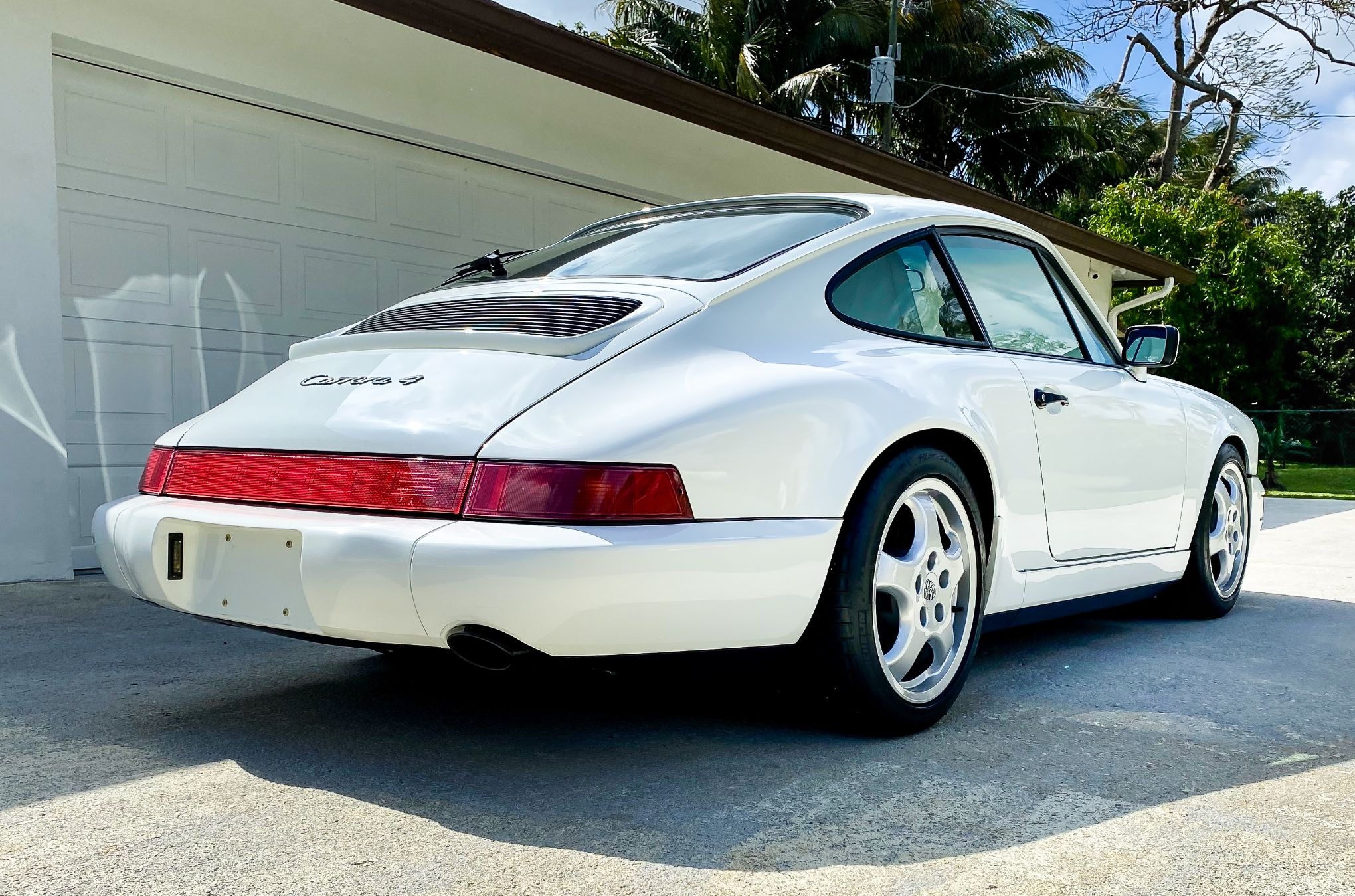 This 964 has received a professional glass-out respray in its Porsche COA confirmed original color of Grand Prix White.  The exterior is shown to be in fantastic condition with some minor road-going wear and a small hairline crack in the decklid spoiler.  Noteworthy details include a rarely-seen rear windshield wiper and period-correct OEM style Cup 1 Mille Miglia wheels which are come wrapped in fresh Michelin PS2 tires. 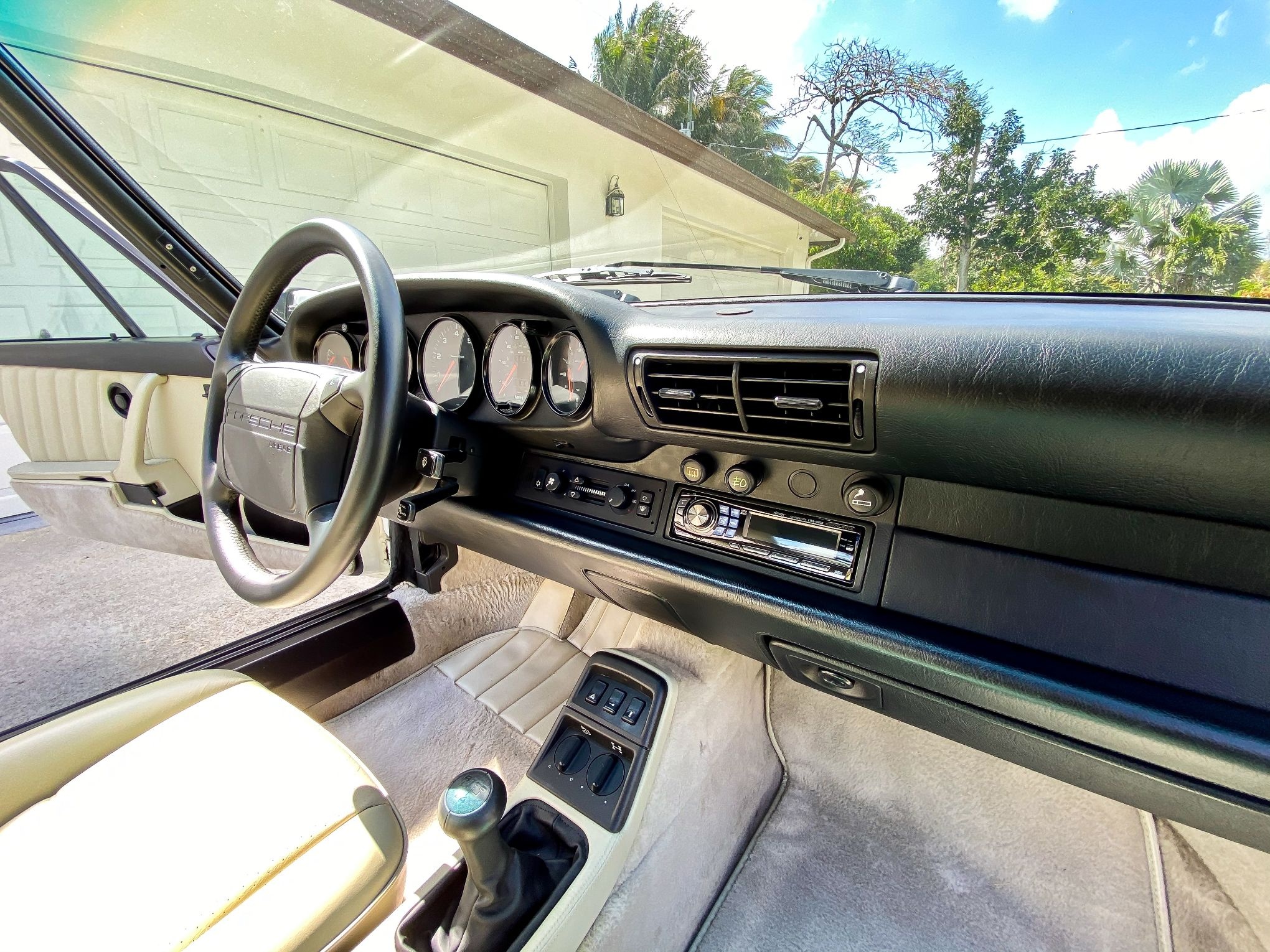 Inside, the driver is situated in a highly optioned Linen and black two-tone extended leather interior.  Key features include an electric sliding sunroof, amplifier system, cruise control and power-operated heated front seats with adjustable left side lumbar support.  This 964 has been fitted with an upgraded Alpine radio and the seller confirms that the air conditioning system has been updated to use R-134 A refrigerant.  All gauges, electrical components and accessories are reported to be fully functional. 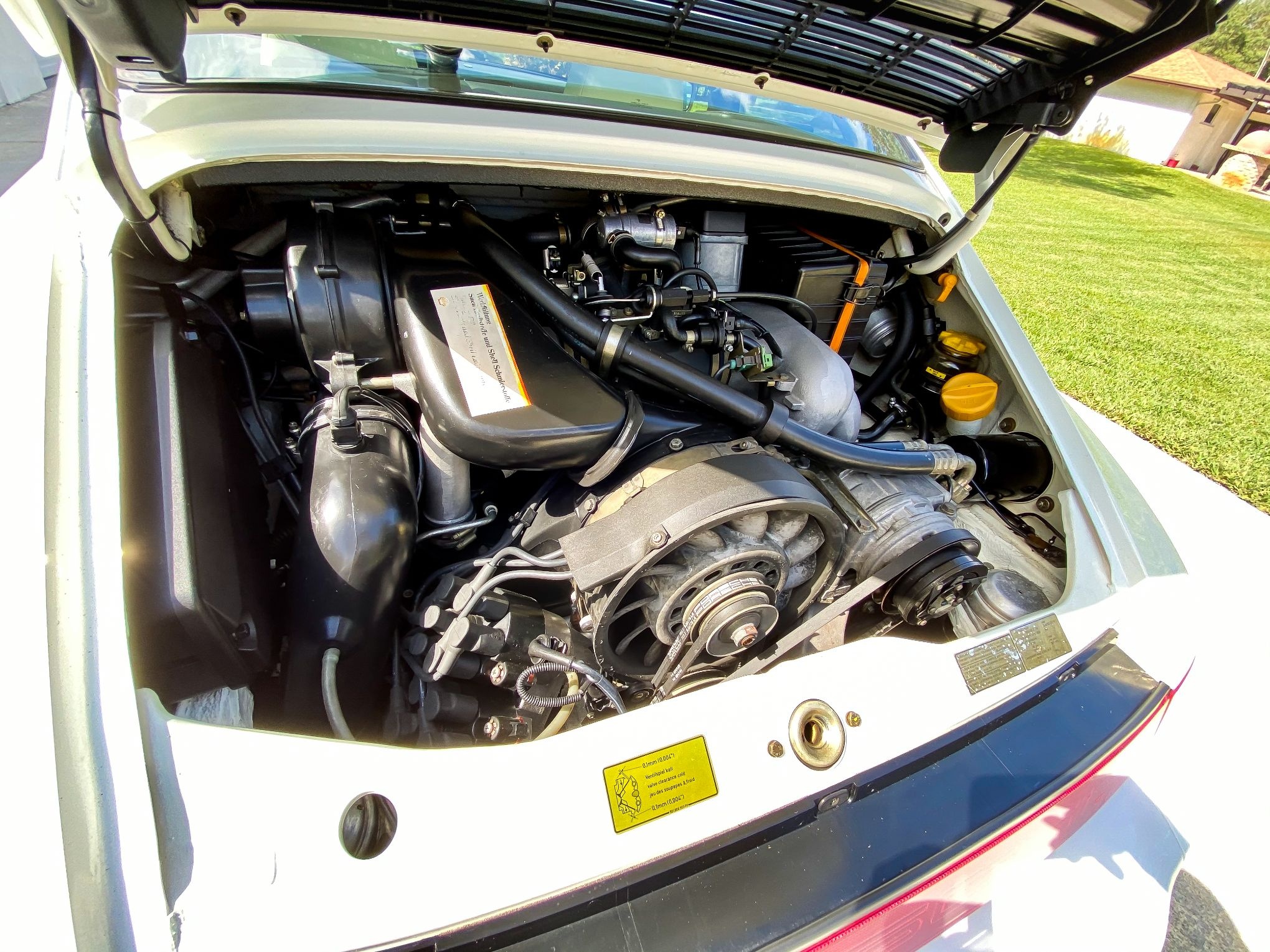 This Carrera 4 is powered by an air-cooled 3.6L flat-six engine rated at 247 HP and 228 lb-ft of torque.  A smooth 5-speed G50 manual transmission distributes power to all four wheels making for a claimed 0-60 time of approximately 5.7 seconds.  Aftermarket Eibach lowering springs have been paired with the factory Sachs coil-over system providing for a lowered ride height and improved handling.  Although the car remains internally stock, the air-box cover has been modified to produce a throatier tone under acceleration.  Records indicate that an engine reseal, and clutch replacement was carried out at around 95k miles.  A compression test was recently performed which yielded 200-205psi in all 6 cylinders, a more-than satisfactory result.  Up to date on all scheduled maintenance, this 964 is stated to be in superb driving condition. The following service items have recently been carried out:

Offering what many consider to be the perfect balance of modern performance and visceral nostalgia, the 964 remains among the most coveted 911 generations on the road.

The sale of this outstanding Carrera 4 will include a set of two keys, original manuals, a stamped maintenance booklet, air compressor, service records, a clear title and Porsche Certificate of Authenticity.  A venerable sports car offered in exceptional overall condition; this Carrera 4 represents the perfect opportunity for a passionate air-cooled enthusiast.