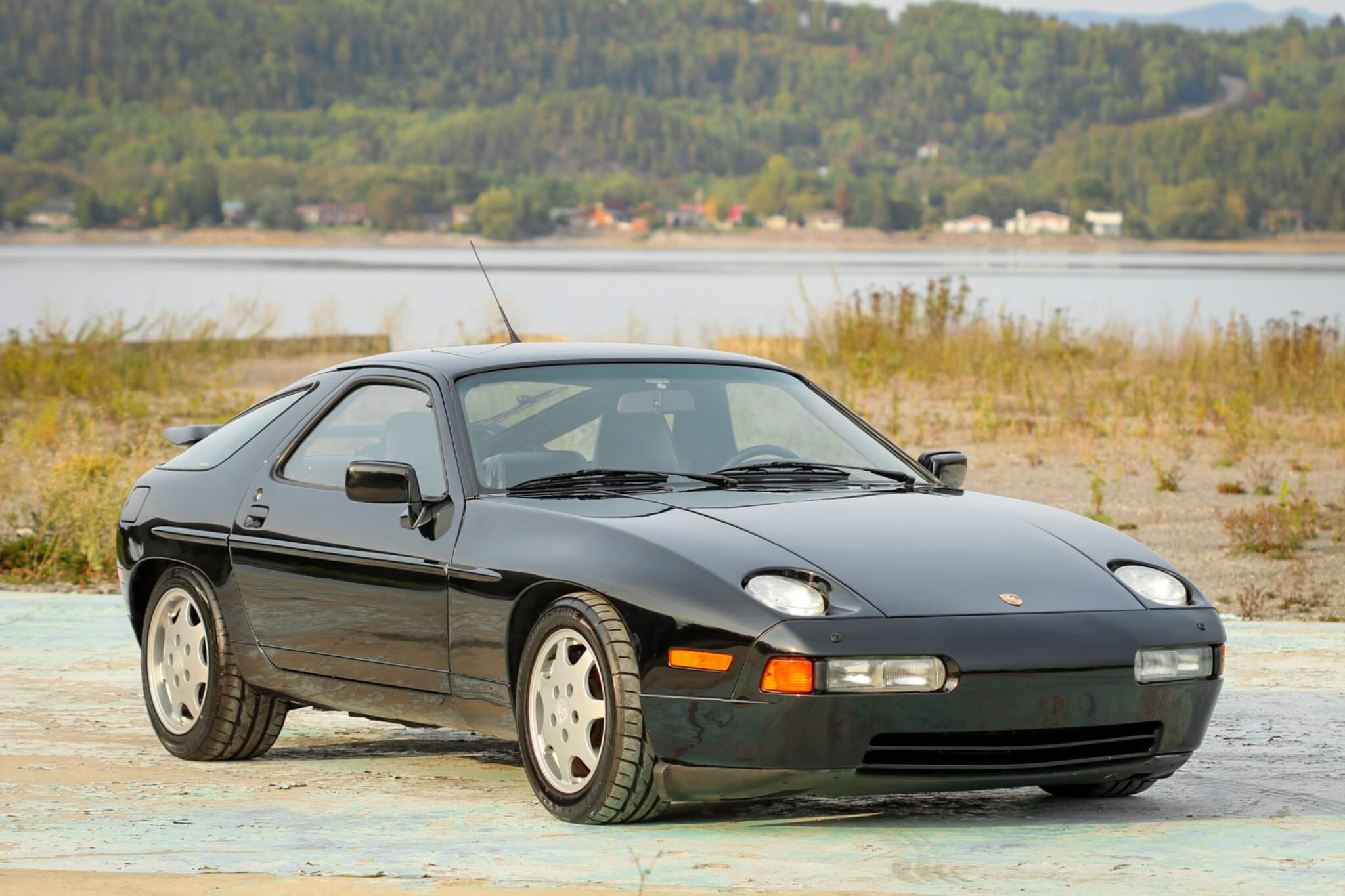 We are pleased to present this 1990 Porsche 928 GT finished in Black over a black leather interior.  Produced from 1989 to 1991, the GT was the high-performance model in the 928 lineup with unique standard features including sport shock absorbers, Design 90 wheels, and a 5-speed manual transaxle with limited-slip differential.  This rare 1990 example was delivered new in Toronto and remained under the care of its original owner up until 2013.  It was purchased by the seller from its second owner in 2017 and has since undergone extensive amounts of preventative maintenance including a new clutch kit, timing belt, water pump, brakes, tires, and much more.  Accompanied by original books, tools, and a collection of service records, this highly collectible 928 GT is now being offered for auction by its third owner out of Québec while showing approximately 107,600 kilometers (66,859 miles) on the odometer. 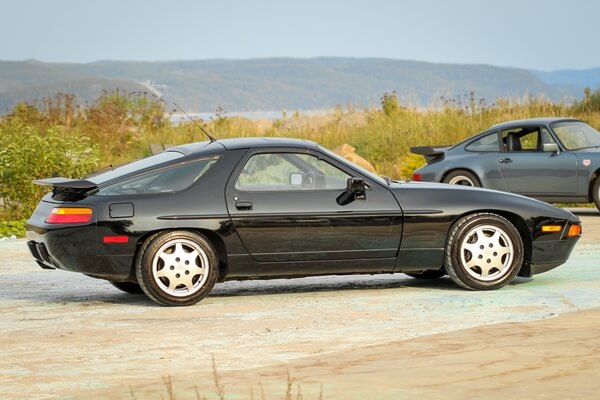 This example was factory finished in single-stage Black paint. Signs of road-going wear are noted as well as some light scratches, curb rash, and other imperfections as depicted in the photo gallery.  CARFAX shows damage to have occurred in 2003 which is said to have been limited to the right front fender and wheel only.  Both the right front fender and wheel were replaced with genuine Porsche parts and there are no signs of persisting damage reported.  Factory optional protective side moldings are equipped along with 16” Design 90 wheels which were dressed in a set of new Bridgestone Potenza tires upon the owner’s purchase in 2017, and with approximately 2k kilometers driven since. 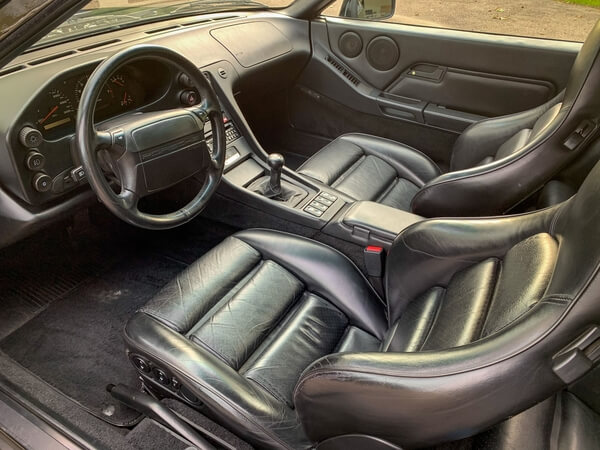 Inside, you will find a nicely preserved black leather interior with comfortable and supportive factory Sport Seats, a sunroof, front seat heating, and an updated Porsche  CD-2 radio.  A few small imperfections in the leather upholstery are shown in the photo gallery.  The analog clock and speakers have been repaired under the current ownership and all gauges and accessories are said to be fully functional except for the CD player. The seller adds that this is a non-smoker vehicle that has never been driven during the winter. 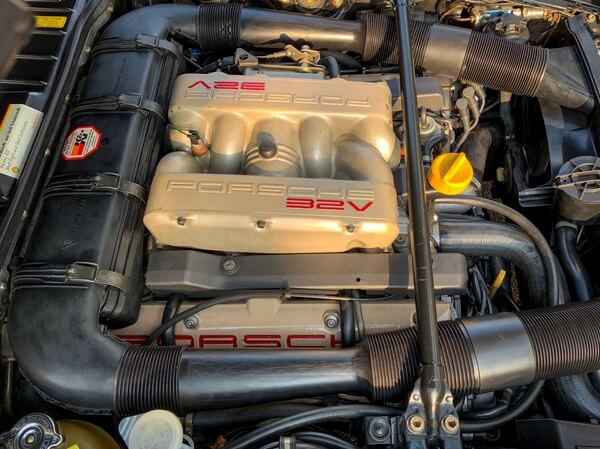 The numbers matching 5.0L 32-valve V8 engine in the 928 GT was specially tuned from the factory to produce up to 326 HP and 317 lb.-ft of torque. This model was also offered with a 5-speed manual transaxle and limited-slip differential as standard equipment.  The seller states that both the clutch and transmission operate very smoothly. Invoices are said to be available from the original ownership dating from 2000-2013.  The brakes are also said to have been replaced along with the battery in 2015.  The seller has driven approximately 2k kilometers in the last four years and has provided the following breakdown of maintenance carried out under their ownership: 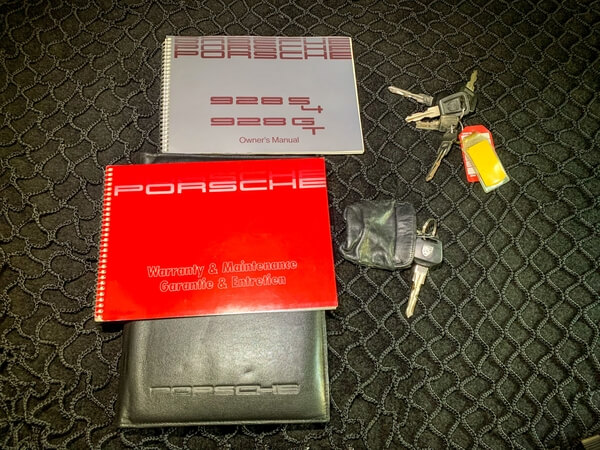 This sale will include multiple keys, the original owner’s books, tools, an air compressor, spare tire, stamped warranty book, an indoor car cover, and a clean title in the name of the seller’s corporation.  CARFAX shows a lapse in activity from 2003-2013, although the seller has records showing the car to have been driven and routinely serviced during this time. For any enthusiast of vintage transaxle Porsche’s, this rare and well-preserved 928 GT offers a very special opportunity.