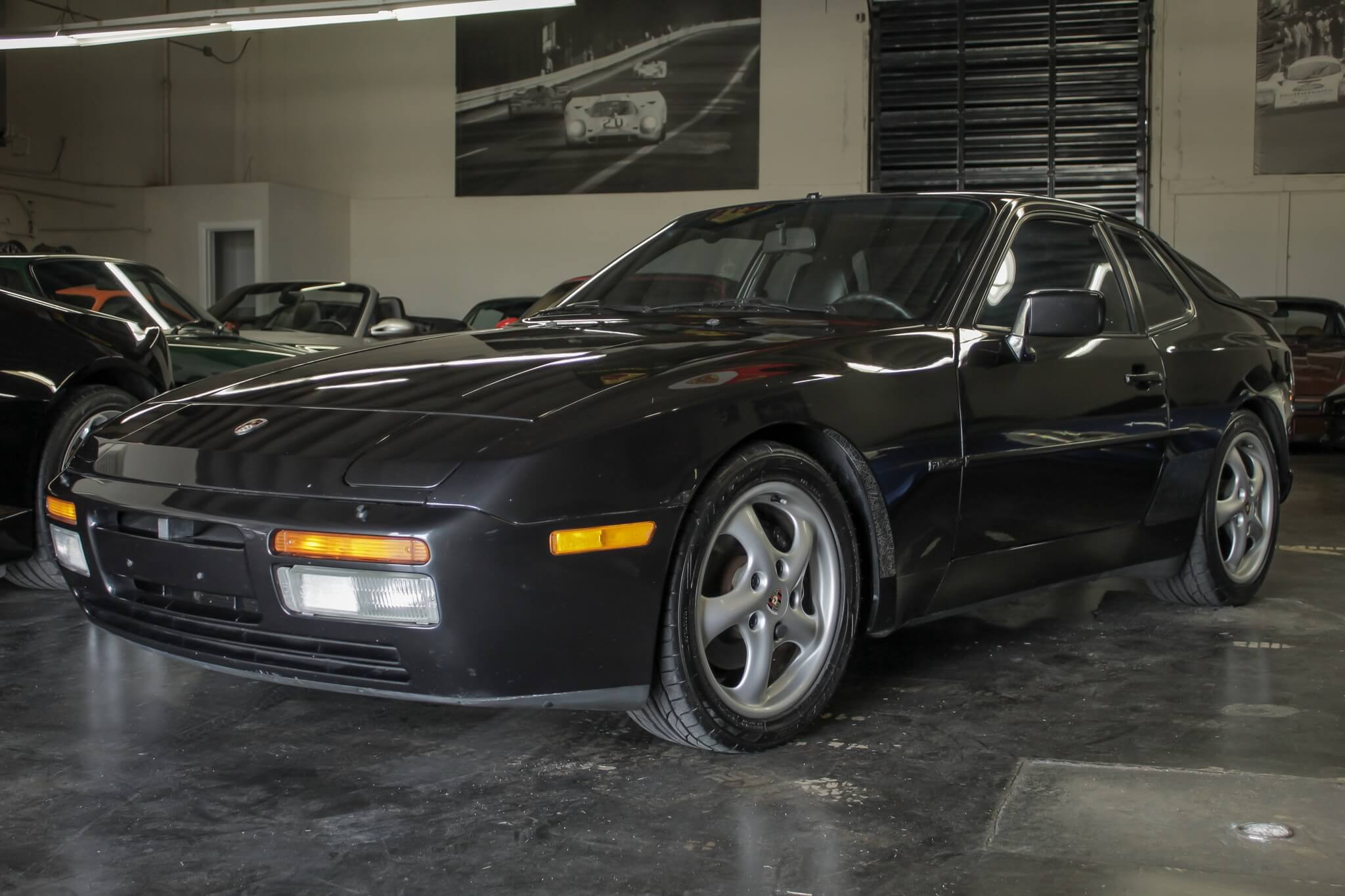 Now available for auction is this 1990 Porsche 944 S2 finished in Panthero Metallic over a black partial leather interior.  Representing the final evolution of Porsche's iconic 944 transaxle sports car, the S2 series was debuted with standard equipped power steering and anti-lock brakes, Turbo body styling, and a new 3.0L inline-4 DOHC engine with four valves per cylinder.  This 1990 example is said to have remained under the care of its original owner while always being garage kept and regularly serviced including timing belt and water pump replacements.  Having also recently received a comprehensive rebuild of the steering system, this 944 S2 shows just over 105k miles on the odometer and is now being offered for auction by its seller out of Florida. 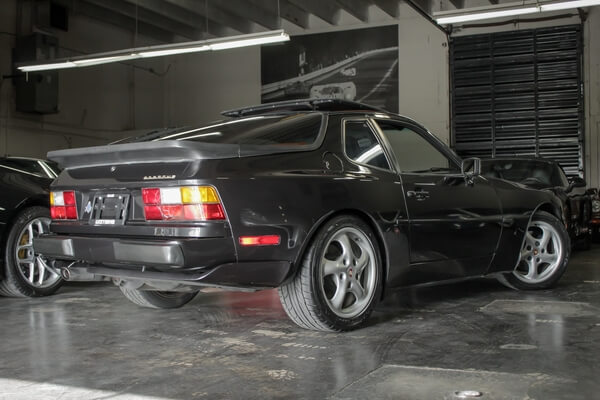 This 944 comes finished in Panthero Metallic, a rarely seen dark metallic grey color originally offered on the S2 models from 1990-1991.  The S2 also features body-colored side moldings and the bodywork of the 944 Turbo including an aerodynamically revised nose with integrated fog lights as well as a body-colored diffuser located beneath the rear bumper.  Some minor road-going chips are noted on the front end and the seller reports the factory-applied clear stone protection has begun to yellow, additional images are provided in the photo gallery along with a clean CARFAX report.  This S2 rides on a set of updated Porsche 17” 996 Twist wheels dressed in Nitto NT555 G2 tires. 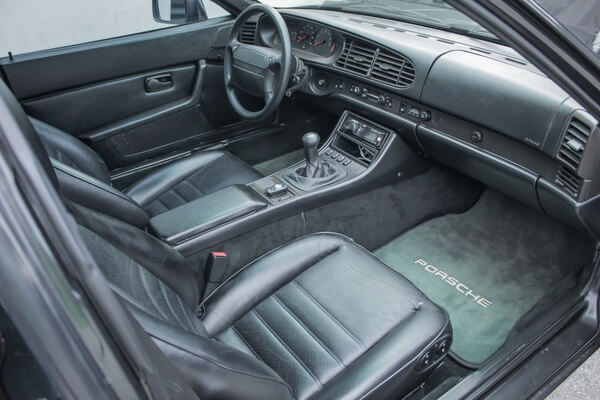 Inside, this 944 is appointed with a black partial leather interior factory equipped with air conditioning, an alarm system, a sound system, an additional amplifier, and automatic speed control.  An aftermarket radio has been installed with satellite radio and USB compatibility.  The cabin is described to have been well kept with only normal signs of wear present and all gauges and accessories remaining fully functional. 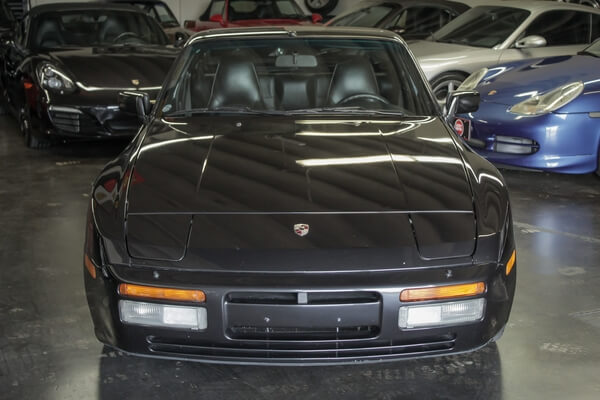 The largest displacement four-cylinder of its time, the 944 S2 carries a 3.0L 16-valve DOHC engine rated at 208 HP and 207 lb.-ft of torque.  The rear wheels are driven by way of a 5-speed manual transaxle while stopping power is handled by fixed four-piston calipers with ventilated disc brakes and ABS.  A comprehensive collection of records is said to accompany the sale showing previous replacements of engine belts, the water pump, and the oil pump as well as other routine service items.  More recently in 2019, a new steering rack was installed along with a new power steering pump, tie rods, tie rod boots, and hood release handles. 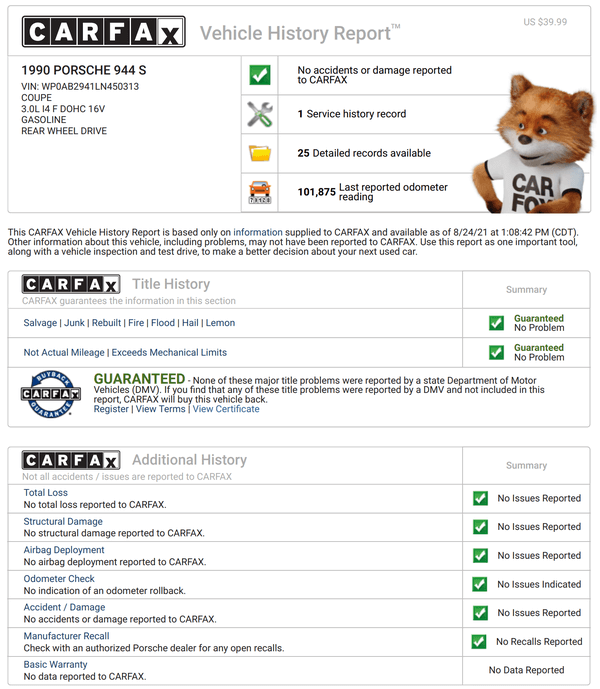 This sale will include a toolkit, spare tire, and a clean title. Vintage transaxle Porsches have never been more desirable, do not miss your opportunity to become the next owner of this well-maintained 944 S2.