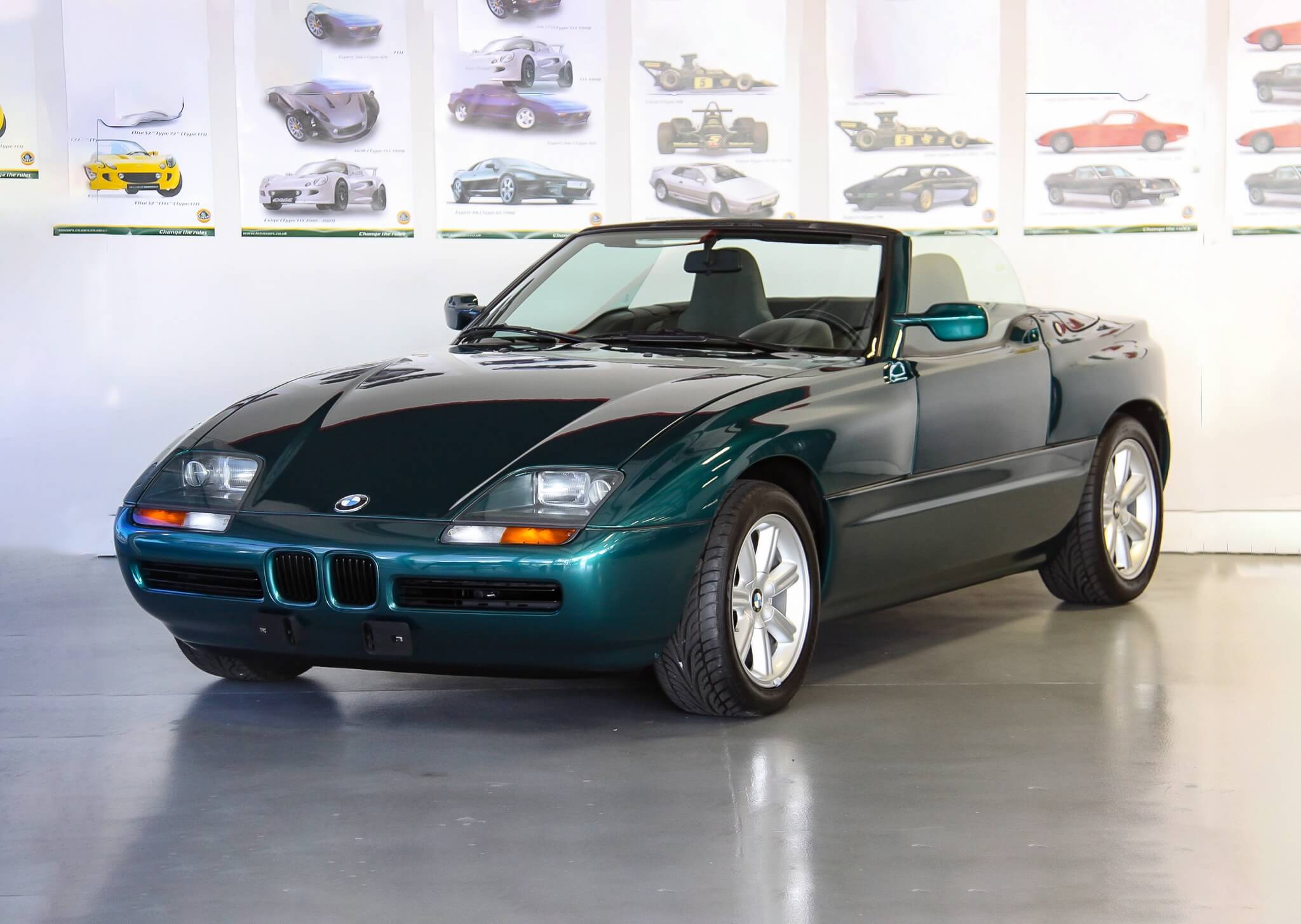 The Z1 was the first in BMW's Z-Series, designated "Z" for Zukunft or "future". Introduced in 1989, the Z1 was designed by BMW’s new Technik division which was formed to explore innovative ideas in engineering, development, and manufacturing of low-volume cars. The model showcased advanced interchangeable plastic composite panels and featured unique doors that rolled down into the sills of the chassis. Only 8,000 units were produced and sold vastly to Germany, while the remainder were sold to other European countries and Japan. Acquired directly from Europe, this Z1 is now being offered for auction with approximately 19k kilometers (12k miles) showing on the odometer. 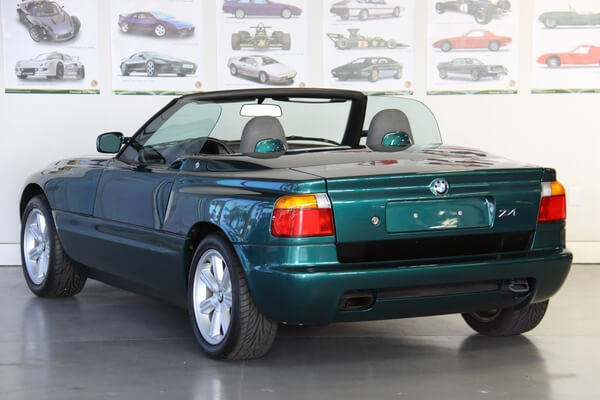 This Z1 comes finished in Urgruen Metallic (271). Designed by Harm Lagaay, who also styled the Porsche Boxster, Cayenne, 996, and Carrera GT, the Z1’s futuristic elements were based on BMW’s famed E30 chassis. The Z1 is distinguishable by its doors, which retract into the body of the vehicle via electric motors and toothed belts engaged by pushing in the keyholes located behind each door. It was designed as a modular vehicle with body panels manufactured from a thermoplastic composite that could be removed from the galvanized pressed steel chassis and replaced using just a screwdriver. Each Z1 was finished in a special flexible lacquer developed in the coordination of AKZO Coatings and BMW Technik, and would not crack if the panels were flexed. At its launch, BMW suggested that Z1 owners purchase an additional set of body panels and change the color from time to time. Aerodynamics were also a notable feature of the Z1’s design, evident in the smooth plastic undertray that runs beneath the car to the rear bumper. This 1991 example retains its factory 15” BMW Style 10 wheels which come dressed in Dunlop tires. Detailed images are provided in the gallery along with a clean CARFAX report. 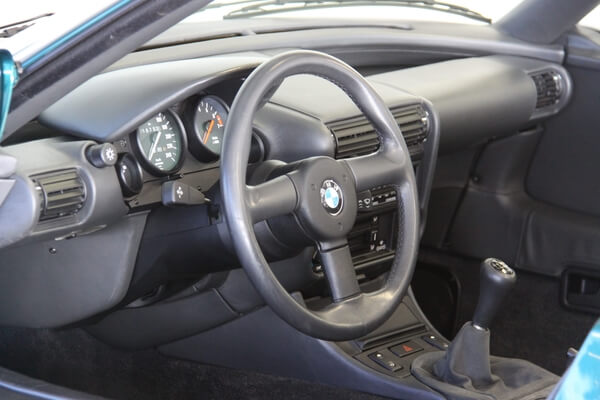 The cabin of this Z1 features a charcoal leather dashboard with matching carpets. Deeply bolstered Recaro sport seats are combined with suede and camouflage-printed leather inserts. Charcoal suede covers the center console, shifter knob, shift boot, and parking brake. A color-matched leather-wrapped three-spoke steering wheel sits ahead of black instrumentation including a 150-MPH speedometer, a 7k RPM tachometer, and additional gauges for fuel level and coolant temperature. The seller confirms all gauges and accessories are working properly, and minor signs of wear are present. 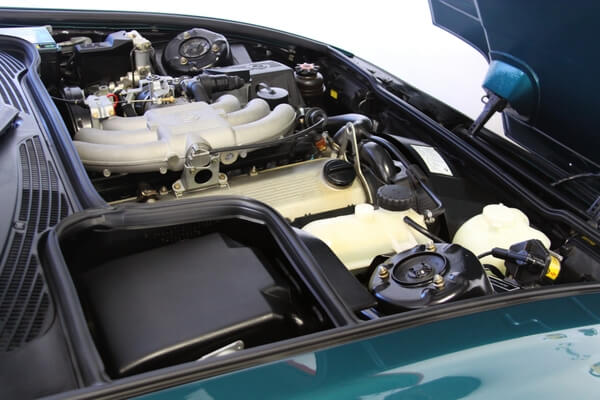 The Z1 is powered by a 2.5-liter inline six-cylinder M20B25 engine borrowed from the BMW E30 325i, which generates up to 170 HP and 164 lb.-ft of torque. The engine lies at a 20-degree angle to accommodate the low hood line. Power is delivered to the rear wheels through a 5-speed Getrag 250 manual gearbox. The front MacPherson strut suspension was also derived from the E30, although the rear featured a unique “Z-Axle” multi-link arrangement that would go on to be used in future BMW models including the E36 3-series and Z3. 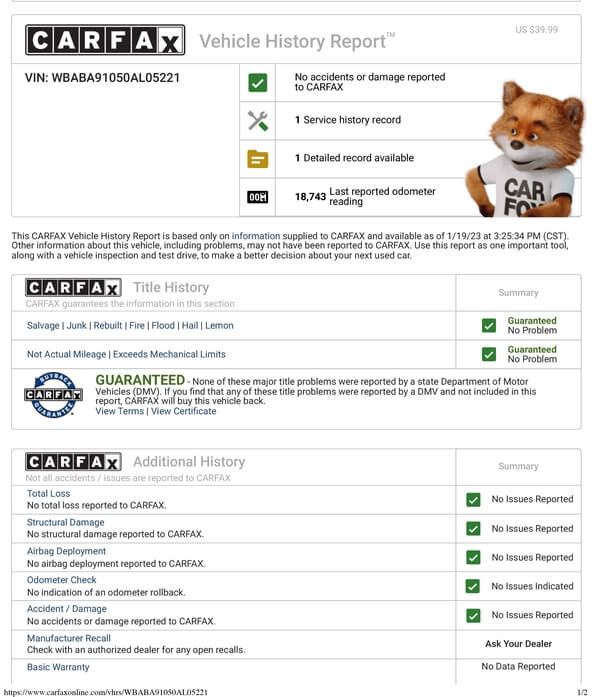