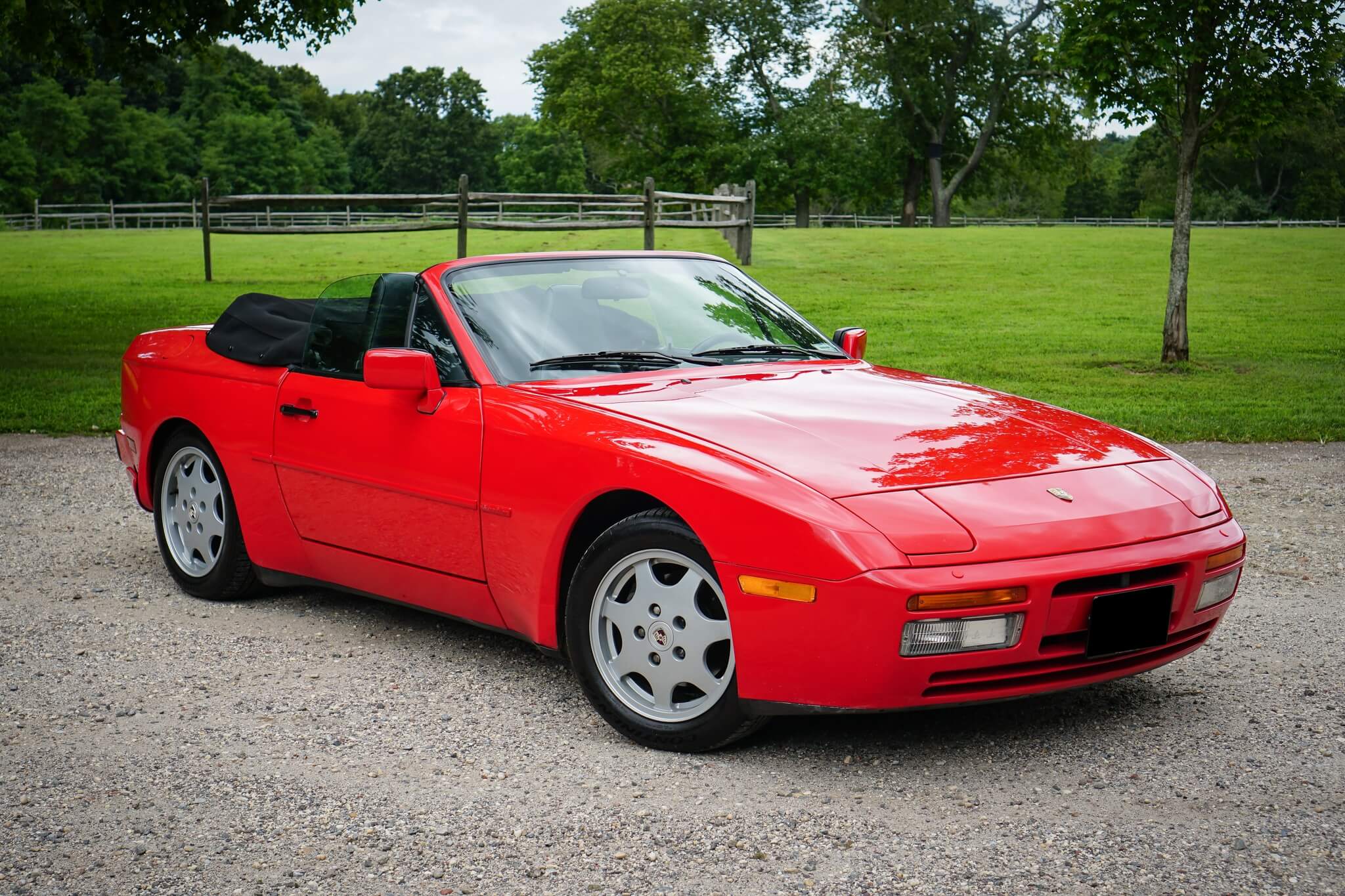 Up for auction is this 1991 Porsche 944 S2 Cabriolet finished in Guards Red over a black interior.  Marking the final iteration of the Porsche 944, the S2 model was launched in 1989 featuring a larger 4-cylinder engine with four valves per cylinder and revised styling derived from the Turbo model.  This 5-speed 1991 example was acquired by the current owner about 5 years ago and was recently treated to a major service at a cost of over $4k.  Showing just over 84k miles on the odometer, this final-year Porsche 944 is now being by for auction by its seller out of New York. 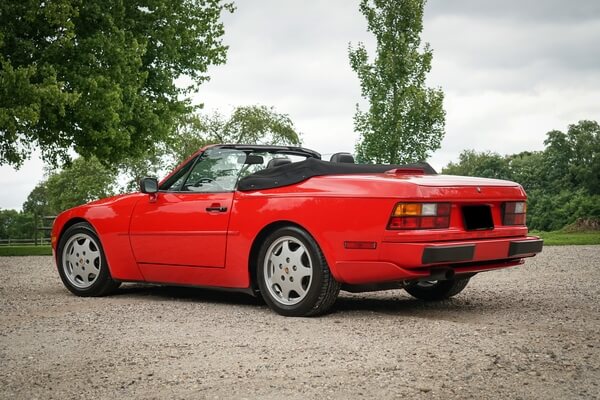 This 944 comes finished in Guards Red with a black cabriolet soft top.  It is distinguishable as an S2 model by the “16 Ventiler” logos on the front fenders, Turbo-derived aerodynamic nose, and body-colored rear diffuser.  This 944 is said to have always been garage-kept by the current and some minor imperfections are noted throughout the exterior including a few touched-up stone chips on the front end.  Detailed images are provided in the photo gallery along with paint meter readings and a clean CARFAX report.  This S2 rides on factory 16” Design 90 wheels and the seller reports the rear tires to be dated from 2014 and the front tires to have been mounted in 2017. 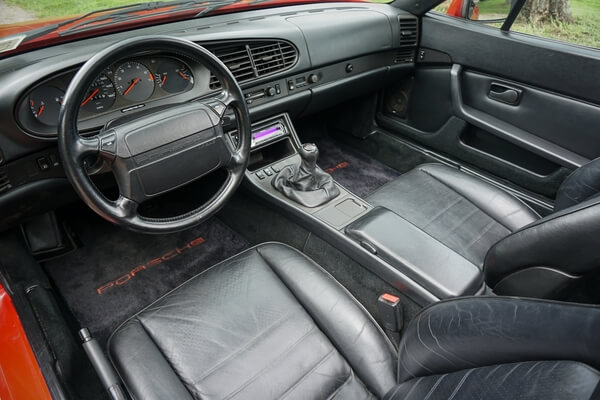 Inside, this 944 features a black interior with an upgraded Kenwood Bluetooth radio.  Some tears in the stitching are noted at the bottoms of each front seat and the seller describes the cabin to be in very good condition otherwise.  The seller has recently had the gauges checked and repaired by a local Porsche specialist and reports all instrumentation and accessories to be operational.  The A/C system also remains fully functional, although it is recommended to be recharged by the next owner. 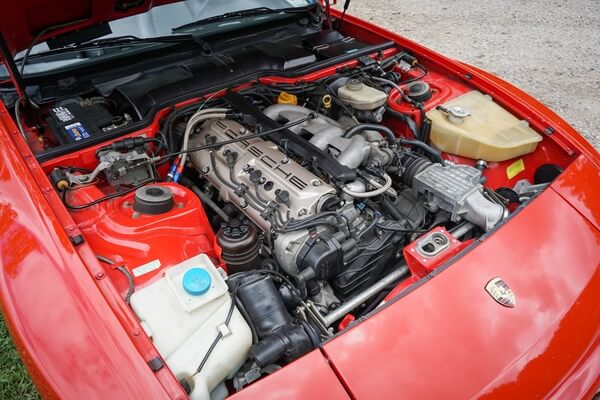 Power comes from a naturally aspirated 3.0L inline 4-cylinder DOHC engine with four valves per cylinder.  As much as 206 HP and 207 lb.-ft of torque are sent to the rear wheels through a 5-speed manual transaxle, allowing for a 0-60 MPH time of approximately 6.5 seconds.  The water pump is said to have been replaced within the last 15k miles and a major service was recently completed at a cost of over $4k which included new spark plugs, a new air filter, oil change, shifter frame and bushings, lower ball joint boots, and repairs to the speedometer and odometer. Some invoices are provided for reference in the photo gallery. 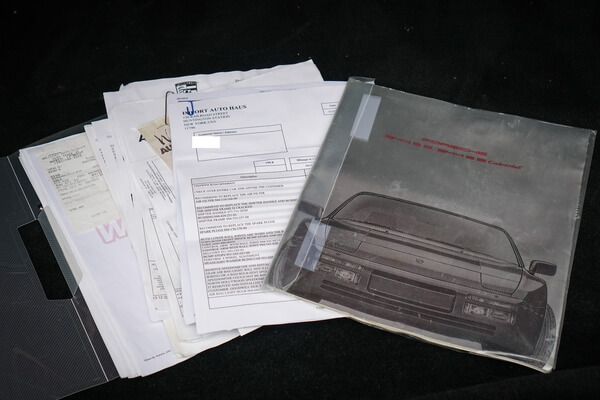 The sale will include a collection of service records, original owner's manuals, a spare tire, car cover, and a clean title.  CARFAX shows a potential odometer rollback in 2012 although this appears to have resulted from a clerical error. Do not miss your opportunity to enjoy top-down cruising behind the wheel of this well-preserved 944 S2 5-speed.