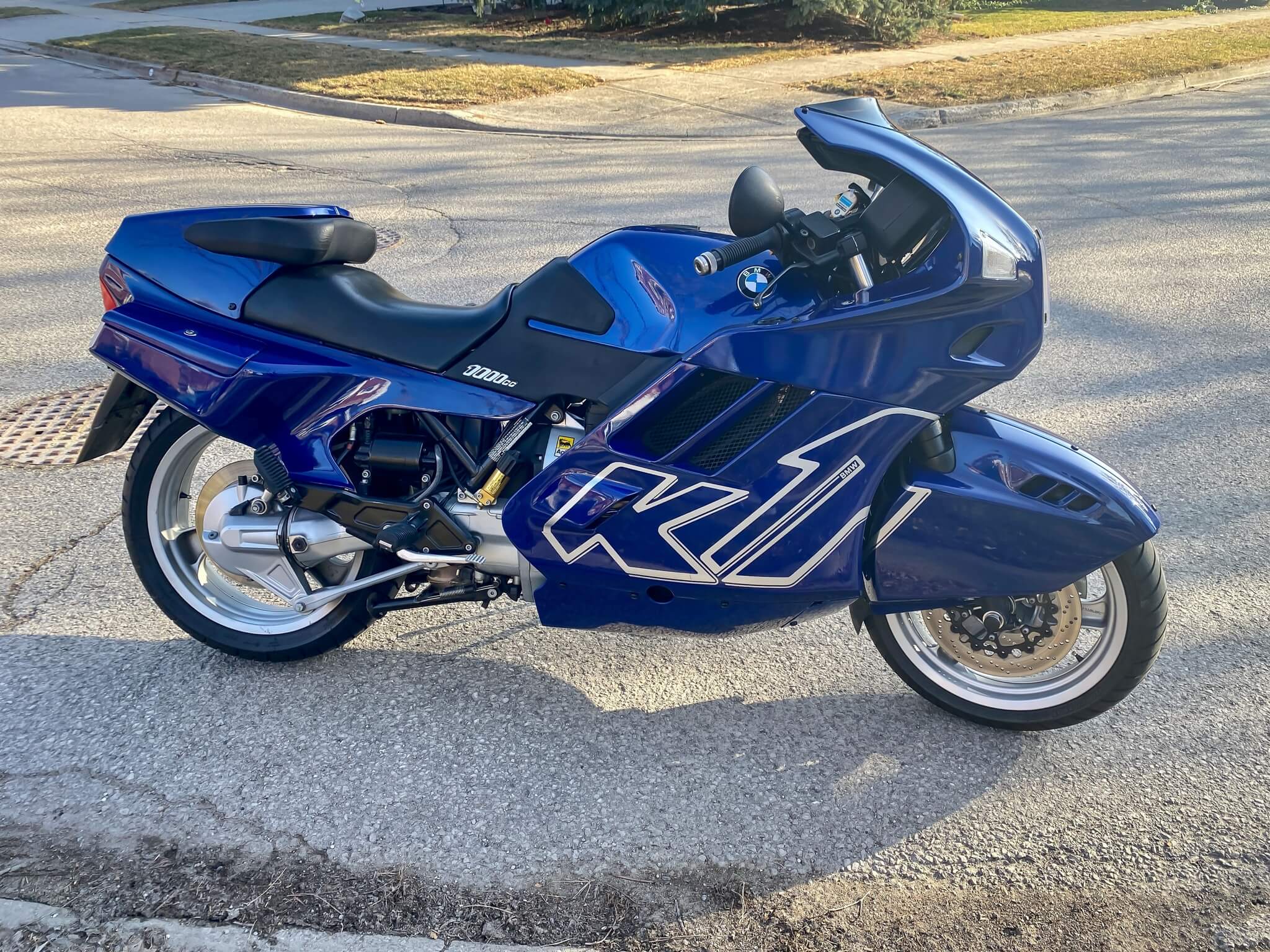 Up for auction is this 1992 BMW K1 finished in Royal Blue and Silver.  Incredibly advanced for its time, BMW’s K1 featured aerodynamic wind-tunnel-developed bodywork, a 4-cylinder DOHC engine, and was one of the first production motorcycles to offer ABS.  Of the total 6,921 K1’s produced between 1988-1993, approximately 670 were sold in the United States.  This U.S. market 1992 example was imported to Canada where it has been under the care of the same owner over the past 20 years.  It features an upgraded adjustable Ohlins rear shock absorber, a highly desirable soft luggage set, and optional heated handlebars.  With all routine maintenance reported to have been carried out, this extremely rare and highly collectible BMW K1 is now being offered for auction by its seller out of Canada with just over 35k miles showing on the odometer. 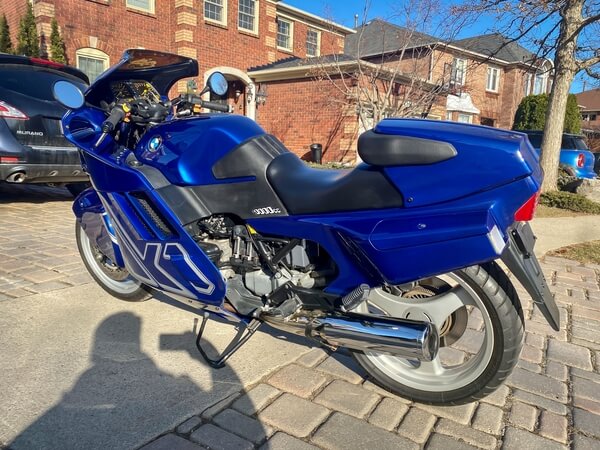 This K1 is finished in the rare theme of Royal Blue with Silver accents, representing about 2% of total production.  The advanced aerodynamic bodywork gave the K1 the lowest production-motorcycle drag coefficient at the time while offering a very high level of comfort for the driver.  This example features optional heated handlebars, clear European-spec lenses, a projector beam headlight, and a rear luggage set.  The seller reports all exterior panels to have been recently removed and professionally refinished with new period-correct graphics applied.  The gas tank was not refinished, and the seller reports a small crack where the front fender meets the shock absorber, detailed images are provided in the photo gallery.  Factory 17”/18” wheels are retained and come dressed in Michelin tires which are recommended for replacement due to age. 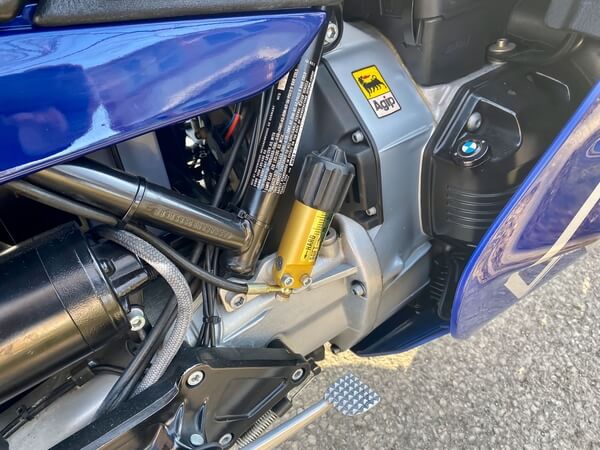 The 4-stroke 1000cc inline 4-cylinder DOHC engine features electronic fuel injection, Bosch Motronic ignition, and an output of up to 100 HP. The 5-speed manual gearbox utilizes a dry single-plate clutch and sends power to the rear wheel allowing for a 0-60 time of under 4 seconds.  ABS is equipped from the factory as well as Brembo brakes with 4-piston calipers in front and 2-piston calipers rear.  This example has been upgraded with an adjustable Ohlins rear shock absorber and the seller reports all routine maintenance to have been carried out and documented.  All gauges and accessories are also said to remain fully functional. 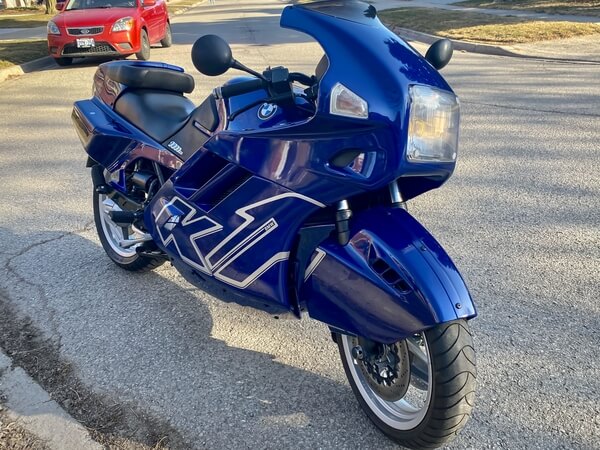 This sale will include an original soft luggage set and a clean title. For any motorcycle collector or BMW enthusiast, this rare 1992 K1 offers a very special opportunity.