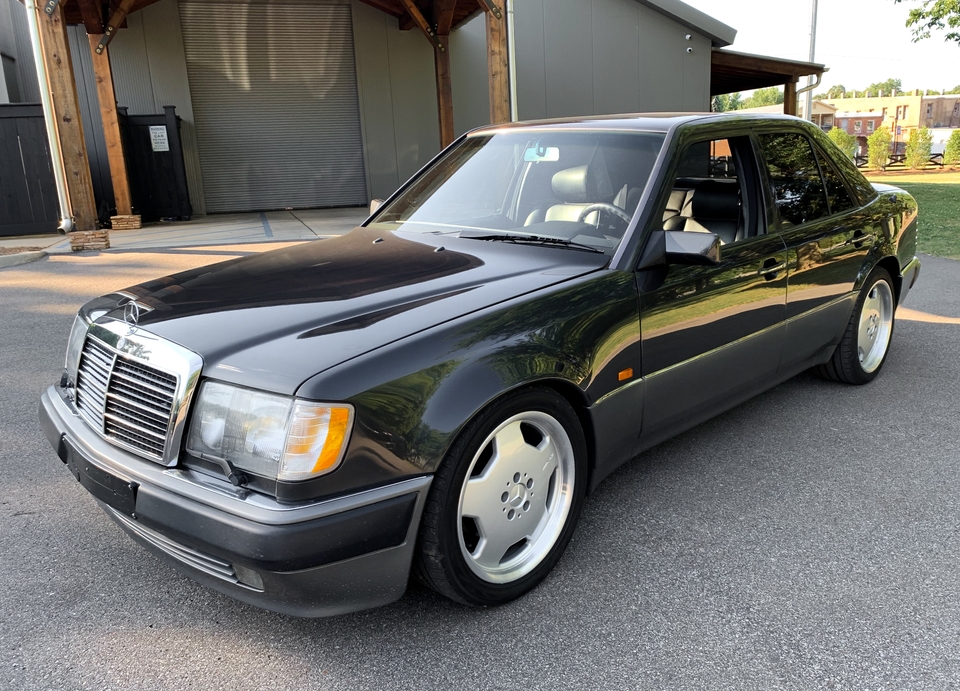 We are pleased to present this highly sought after 1992 Mercedes-Benz 500E finished in Black Pearl Metallic over black leather.  In a legendary automotive collaboration, Mercedes enlisted the help of Porsche to reengineer the W124 platform for high-performance using a large 5.0 L V8 borrowed from the 500SL model along with the corresponding tuning of the drivetrain and suspension.  This European-market example is said to have spent time in Japan before eventually being imported to the United States.  It is now being offered for auction by its seller out of Alabama with approximately 124k kilometers (77k miles) showing on the odometer, accompanied by original books, service records from Japan, and a clean title. 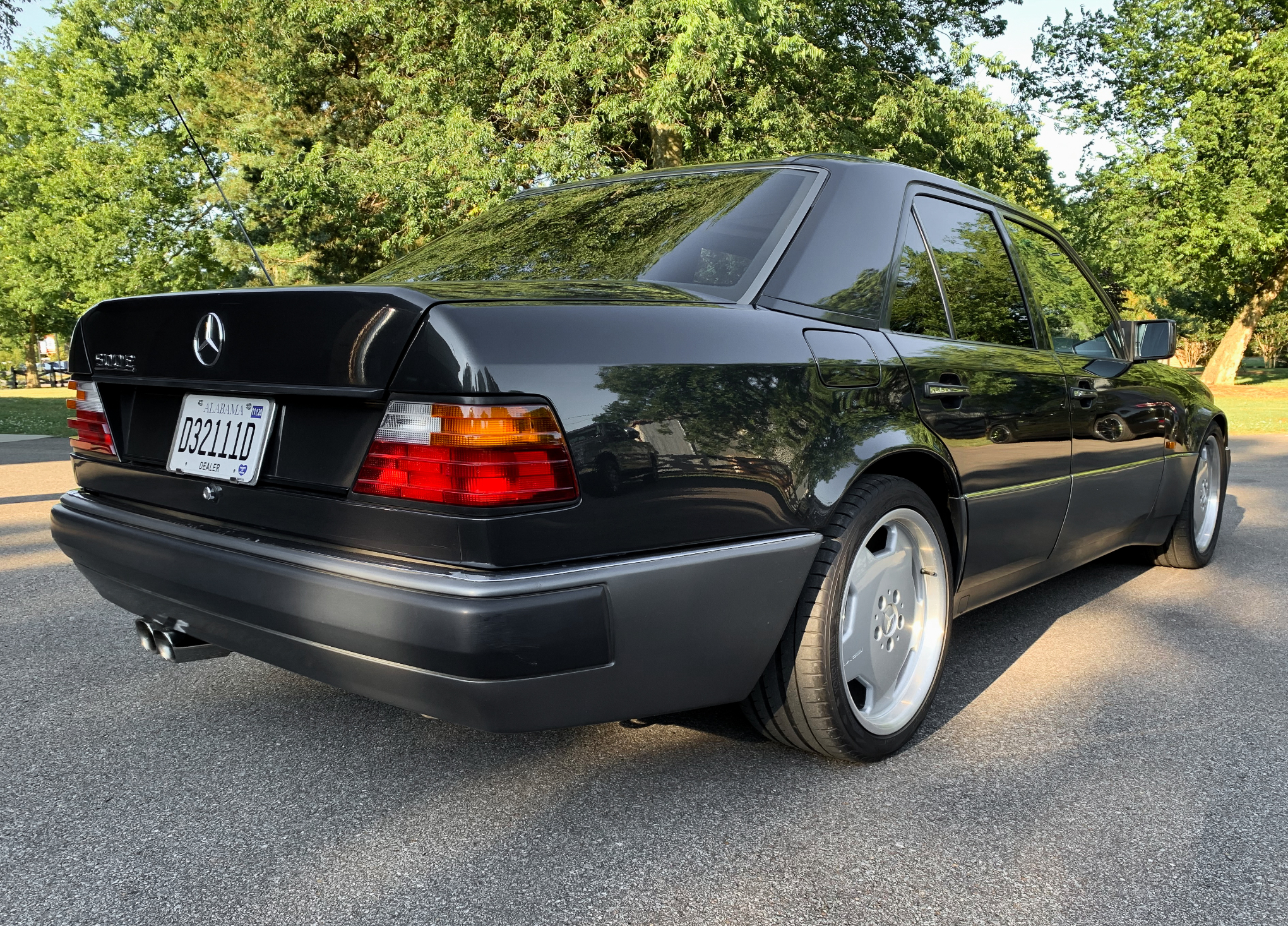 This example is finished in Black Pearl Metallic with dark grey lower cladding.  The condition of the paint is depicted in the photo gallery and the seller reports that ceramic coating was recently applied over the full exterior.  Hand-assembled using Mercedes parts at Porsche’s Rössle-Bau plant in Zuffenhausen, the 500E is distinguishable from the standard W124 by its aggressive stance, flared fenders, side skirts, front valence, and 18” AMG Monoblock wheels.  This particular example features European-market lighting and Yokohama Advan Sport tires. 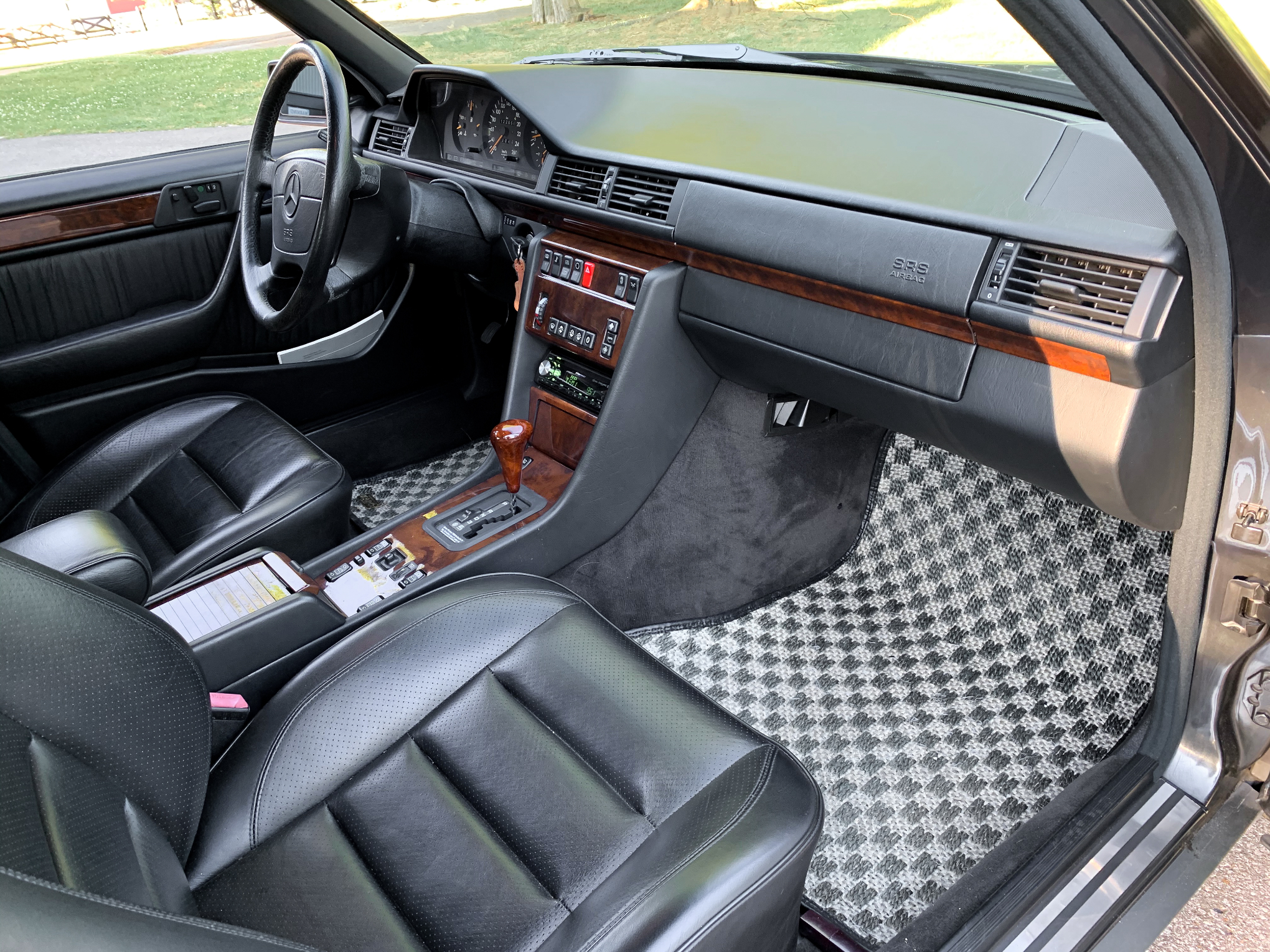 Inside, the cabin is trimmed in black leather with burl wood veneers throughout.  Factory features consist of a sunroof, power-operated and heated front seats, automatic climate control, and a power rear sunshade.  An aftermarket wooden gear selector knob has been installed along with a Pioneer radio.  The seller reports all gauges and accessories to be fully functional. 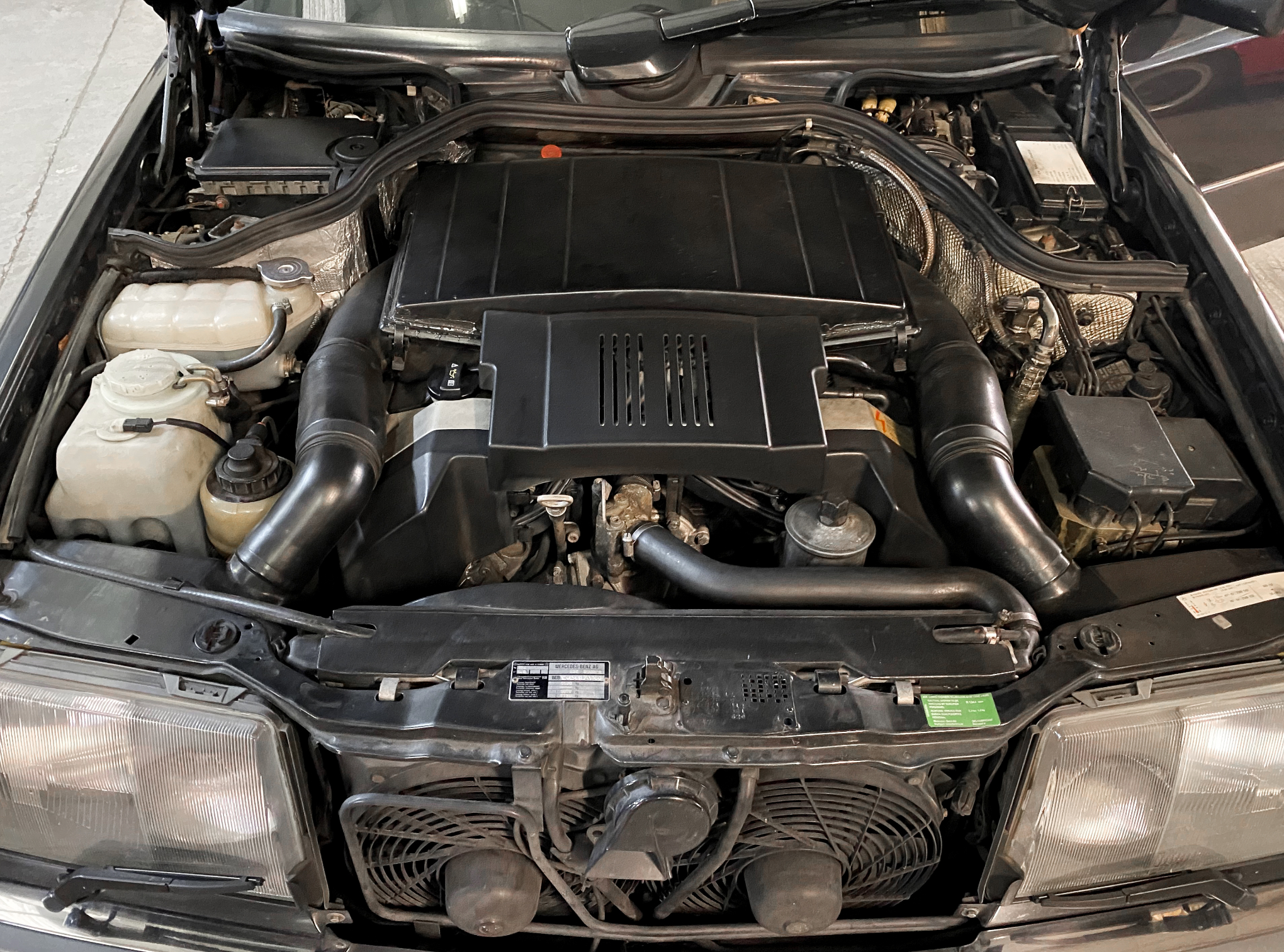 The SL500-sourced M119 5.0 L V8 DOHC engine is paired with a 4-speed automatic transmission.  The large disc brakes and 4-piston calipers were also sourced from the SL and Porsche specially tuned the suspension for a lower and more responsive ride.  322 HP and 354 lb.-ft of torque are sent to the rear wheels allowing for an impressive 0-60 time of under 5.5 seconds.  This example is said to have been fitted with a RennTech transmission shift valve and intake plenum.  An oil service was recently performed and this 500E is described to be in excellent operating condition. 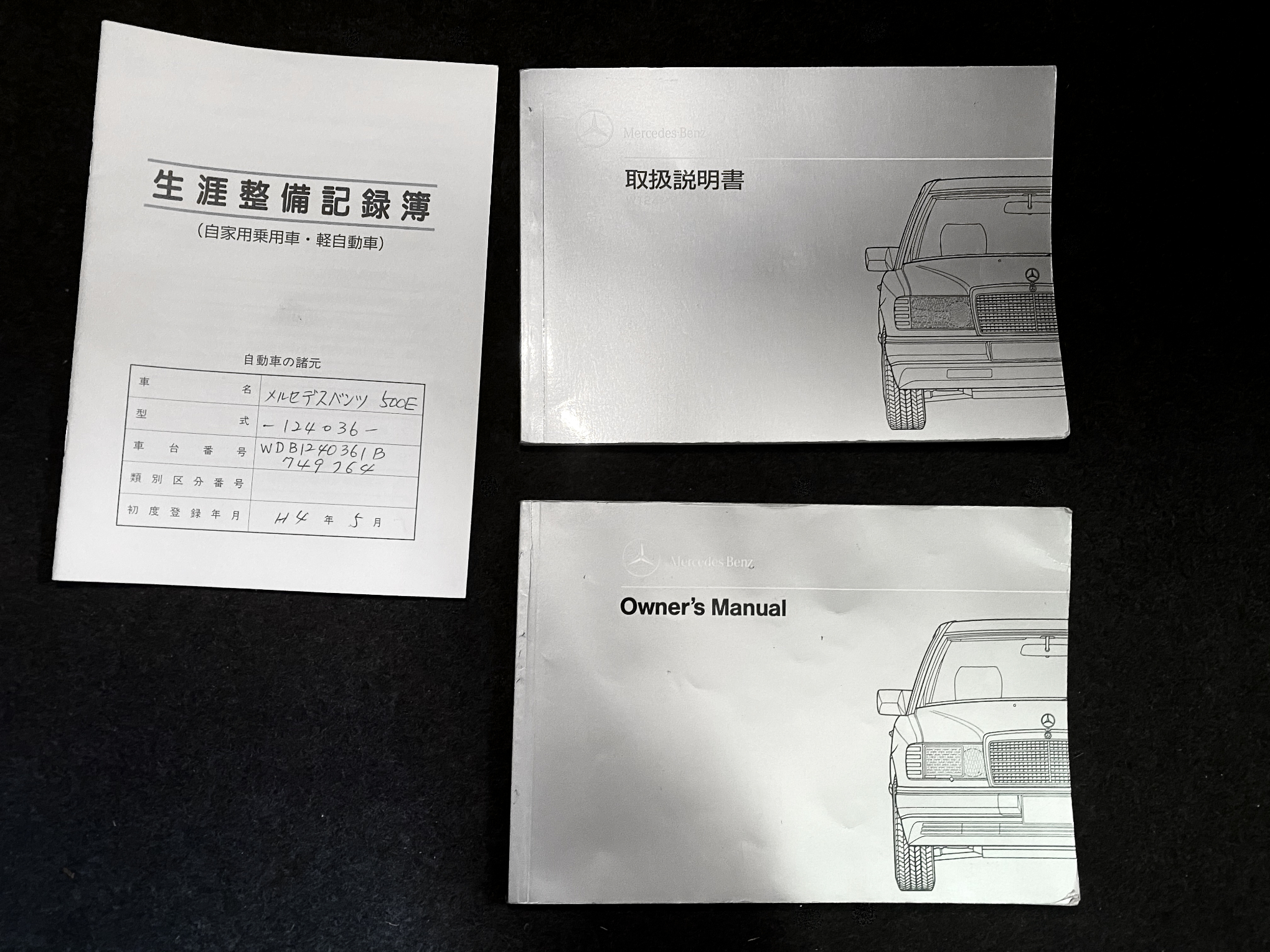 This sale will include owner’s manuals, records from Japan, the original roadside warning triangle, and a clean title.  The Mercedes-Benz 500E is a truly desirable item in the collector car world, and this European-market 1992 example is no exception.