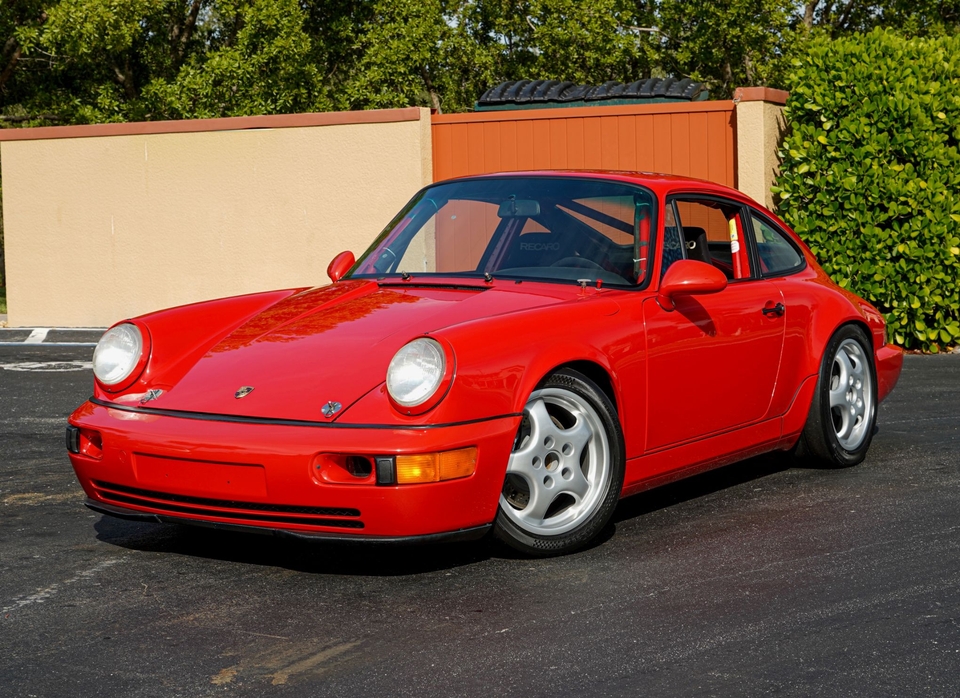 Now available for auction is this rare 1992 Porsche 964 U.S. Carrera Cup finished in one-off Guard’s Red.  In anticipation of launching an American Carrera Cup racing series, Porsche built a limited production of 45 964 Carrera Cup cars destined for the United States.  All of these cars had been fitted with road mandated safety equipment as to avoid importation issues, and 25 were promptly delivered to Andial to undergo a full race conversion.  Reported to be the only example finished in Guard’s Red, this 1992 Carrera Cup had never been converted by Andial and was instead purchased by an individual who carried out the race conversion independently.  Having changed hands several times over the years all while seeing minimal track use, this street-legal Carrera Cup has been kept in excellent driving order with approximately 14k miles now showing on the odometer. 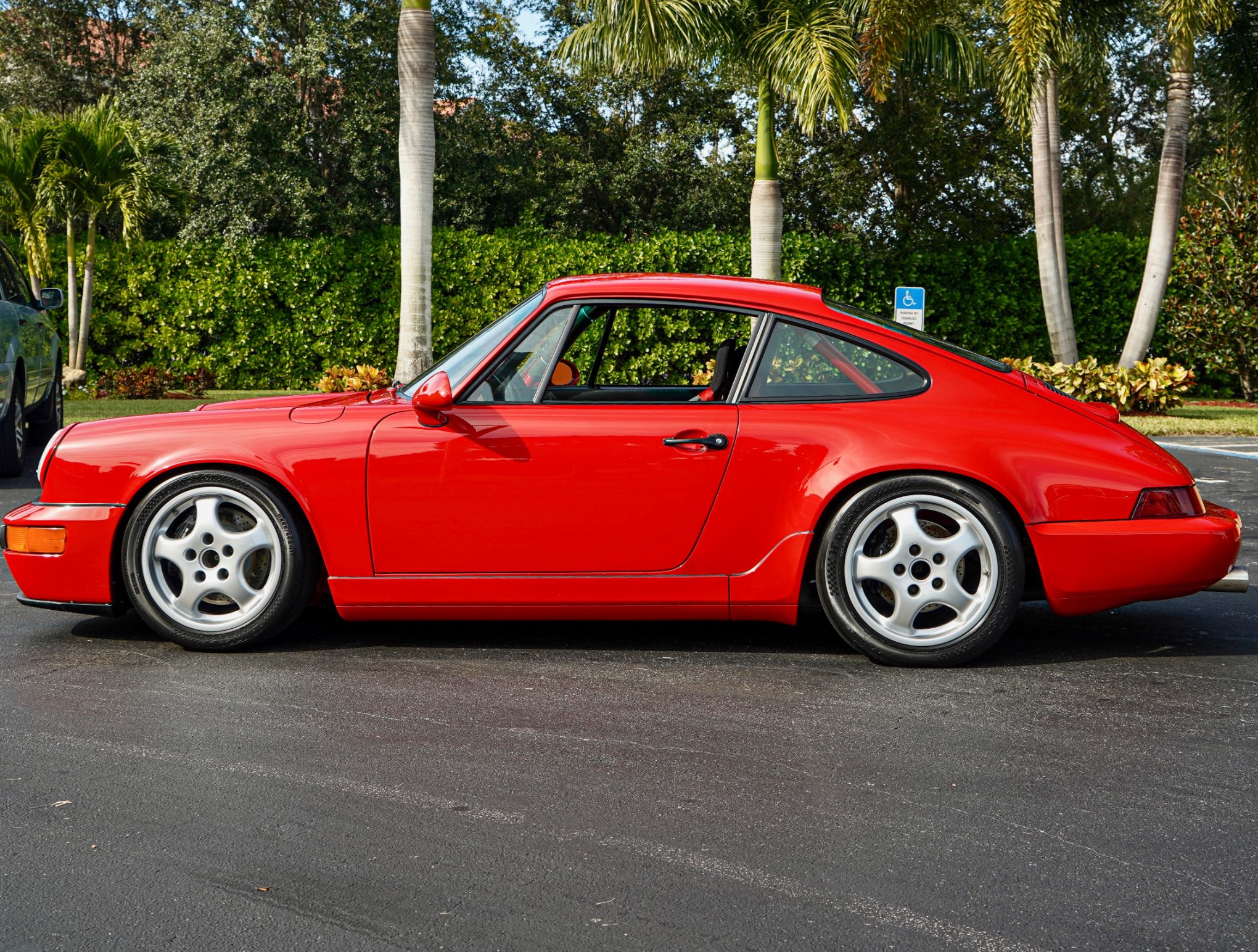 Of the 45 Carrera Cup cars delivered to the United States, all are said to have been painted in white except for this one.  The Guard’s Red finish is said to be beautifully presented with all original vin tags and stickers remaining in place.  The seller noted the rocker panels have been refinished as well as a minor cosmetic repair on the passenger side of the car.  The paint is also said to have been professionally refurbished in order to correct some road-going wear, a collection of detailed images is provided in the photo gallery.  Exterior features include a factory aluminum hood and front brake ducts as well as added hood retaining pins.  This 964 rides on its original 8” and 9.5” Cup wheels which come dressed in Hoosier R7 slick tires.  The seller notes that an additional RSR rear wing will be included in sale. 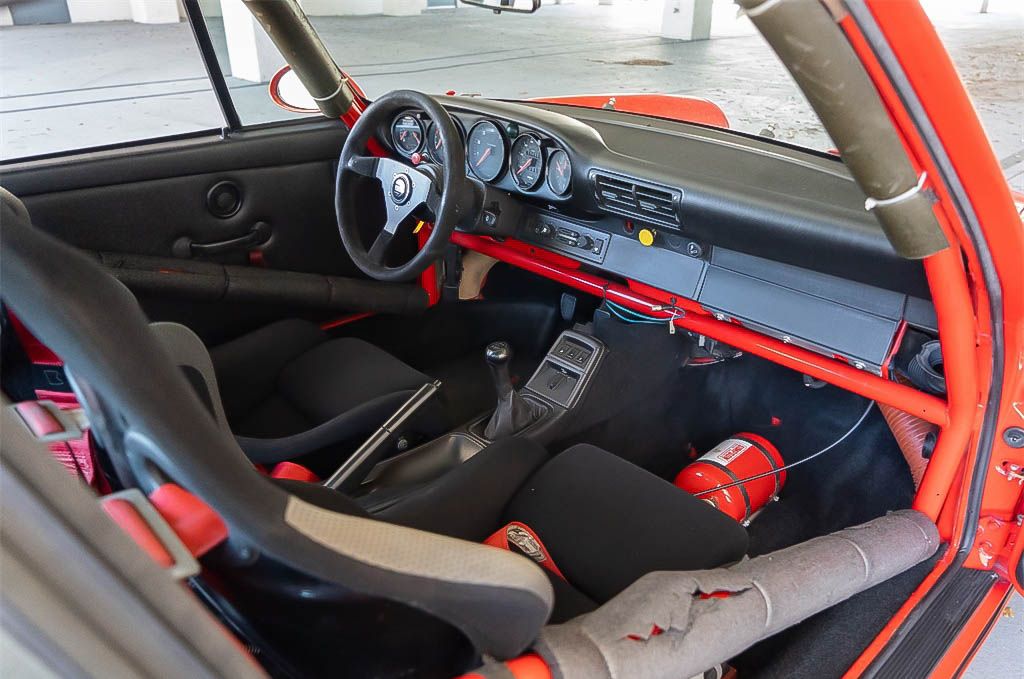 This Carrera Cup features a simplistic lightweight black interior.  Factory weight savings measures include a rear seat and sunroof delete as well as the removal of the radio, air conditioning and sound insulation.  Power assisted steering has also been omitted along with power operated windows and mirrors.  Noteworthy details include a full roll cage, an alcantara MOMO steering wheel, a trunk mounted electrical cutoff switch and Recaro racing seats.  The cabin is stated to be in very nice shape with all gauges and accessories remaining fully functional. 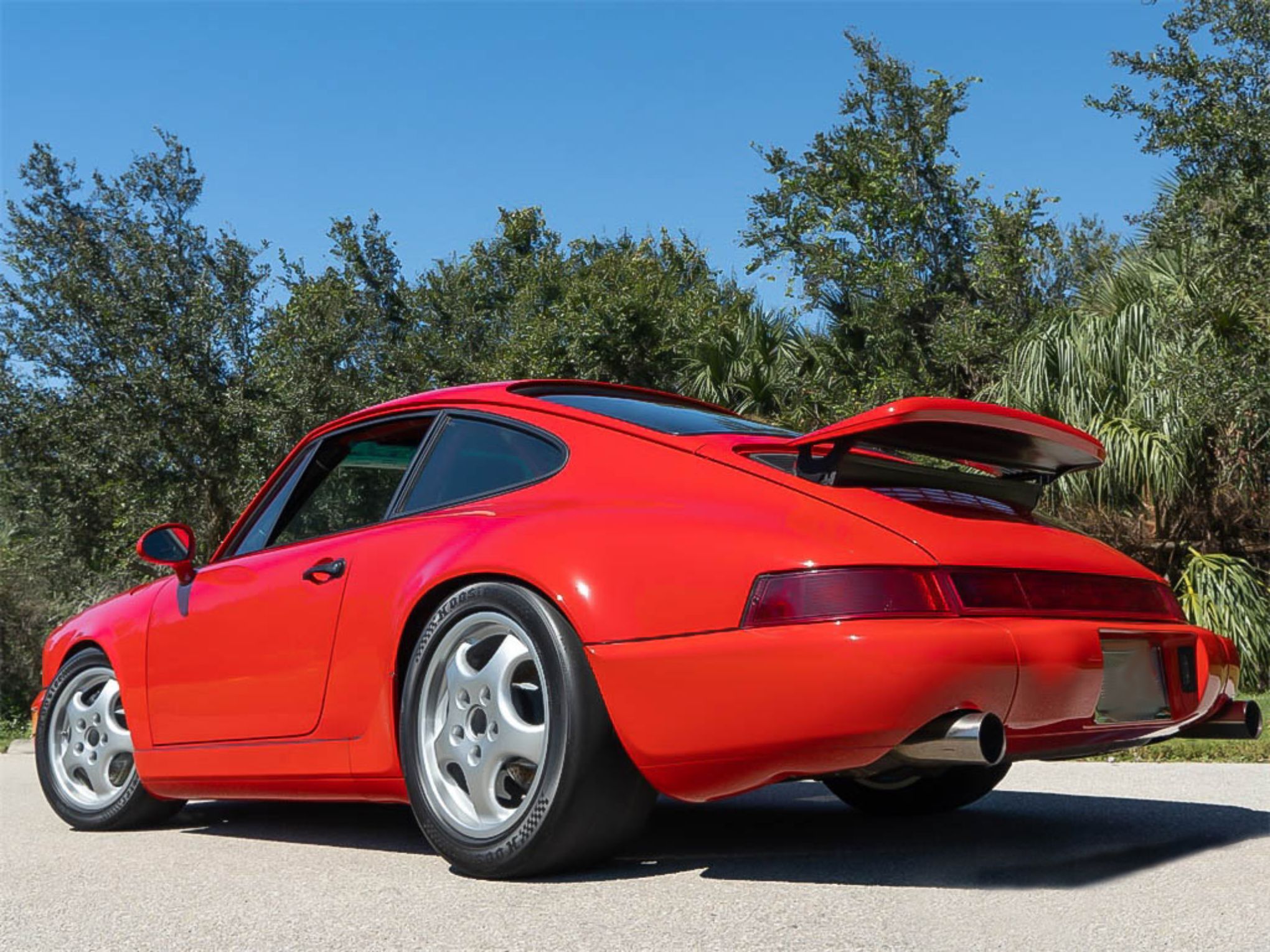 This Carrera Cup is powered by an air-cooled 3.6 L M64 flat-six engine which sends approximately 256 HP to the rear wheels by way of a G50 5-speed manual transmission with steel synchronizer rings.  While earlier Cup models had been based on the standard Carrera 2, the 1992-93 Cup uses a platform derived from the 964 RS.  Factory performance enhancements include race-type engine mounts, a sport flywheel, a racing electrical charging system, a revised braking system and lowered suspension.  The following items are said to have been carried out during the initial race conversion: 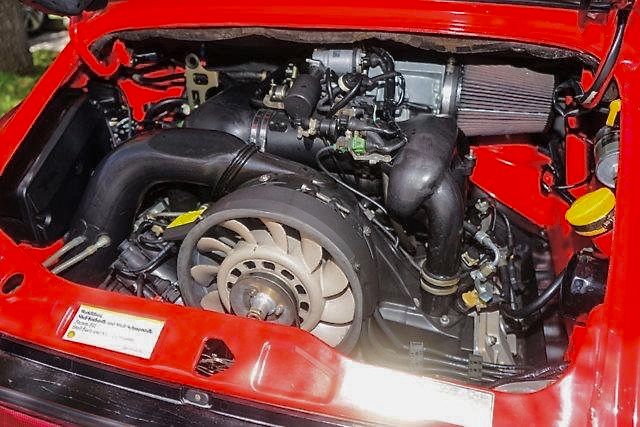 Additional performance modifications have been installed including a mass flow system, a special $3k rear sway bar and an upgraded fuel cell.  The DME computer is tuned for 93 octane and the main and final mufflers have also been replaced by a new $5k factory Cup exhaust system.  This Carrera is said to have mostly been used for street driving with a few reported outings on the track.  The following service items have been performed at the corresponding intervals:

Having been driven less than 3k miles since the engine was fully rebuilt, this 964 is said to be in excellent street-legal driving condition.

The sale of this Carrera Cup will include a set of two keys, the original books and window sticker, spare parts, a dash plaque, service records, an RSR rear wing and a Porsche Certificate of Authenticity.  Do not miss out on this extremely elusive opportunity to add a 964 Carrera Cup to your collection.