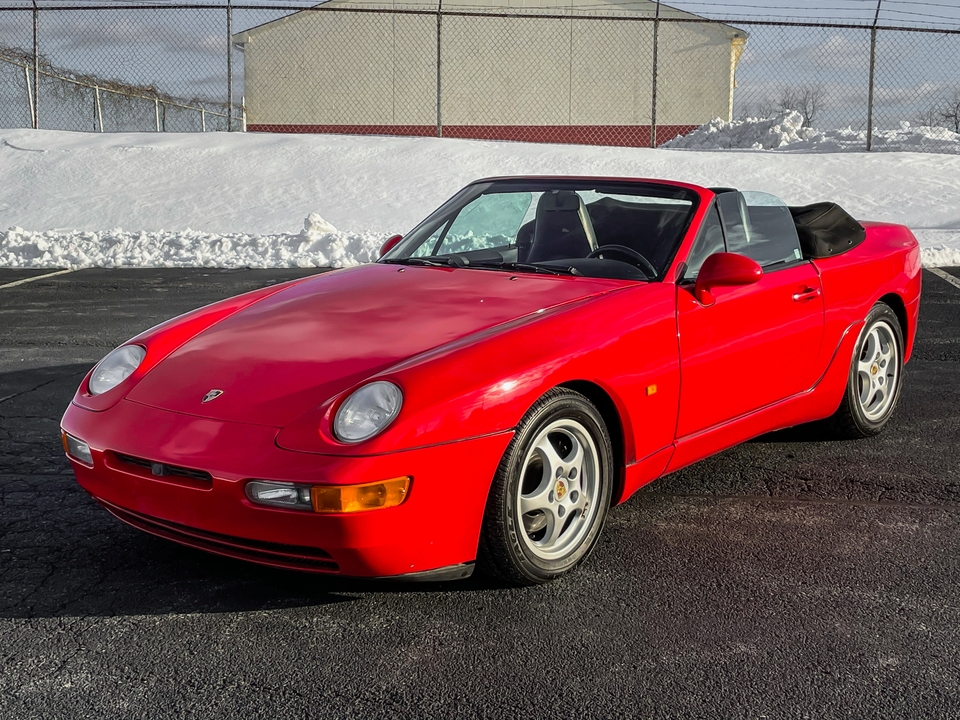 We are pleased to offer this 1992 Porsche 968 Cabriolet automatic presented in Guards Red over a black partial leather interior.  Denoted by its serial number as the 3rd 968 Cabriolet to have been produced for the North American market, this early 1992 example is said to have been purchased through Porsche’s European Delivery Program before being imported back to Texas where it remained with its original owner up until very recently.  This unique Cabriolet was outfitted with European market lighting and emissions equipment from the factory as well as European rear bumperettes.  With a recent timing belt service carried out and only 33k miles shown on the odometer, the exceptional 1-owner Porsche 968 is now being listed by its seller in Pennsylvania accompanied by original manuals, promotional posters, a European delivery touring pass, and an authentic bottle of Porsche wine that was originally included with the car. 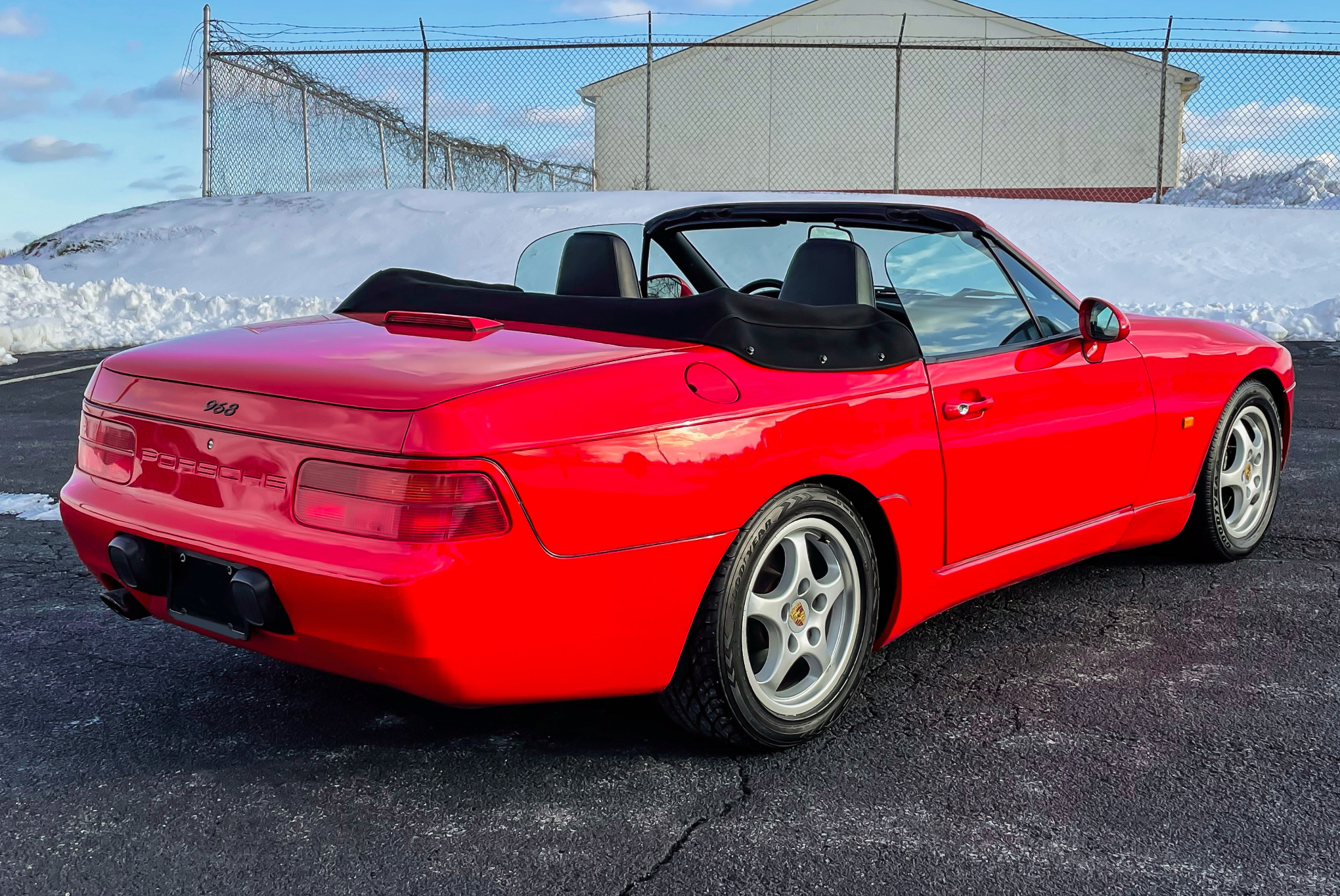 The traditional Guard Red finish is said to be in great overall condition and the seller reports the front bumper, hood, and fenders to have been previously refinished for cosmetic purposes (detailed images are provided in the photo gallery).  This early example exhibits premium details unseen on later models, including its recessed front emblem and hand-fitted body panels.  Additionally, European-market lighting and rear bumperettes are installed from the factory.  This 968 rides on factory C2 wheels that come dressed in healthy Goodyear tires dating 2012-2013.  Some signs of wear are noted on the rims and center caps. 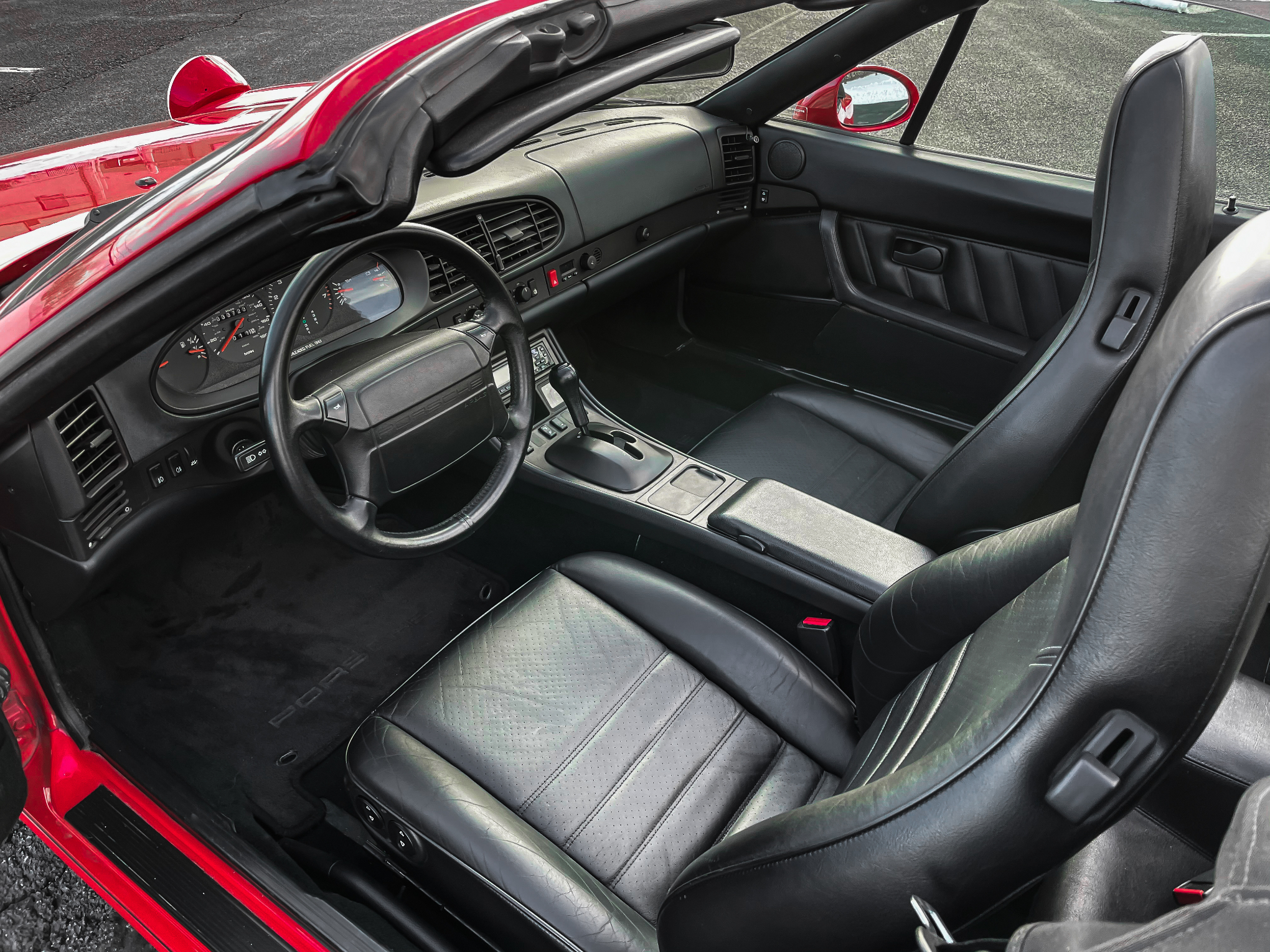 Inside, this 968 features a black partial leather interior that is shown to be in excellent condition with only slight wear to the driver’s seat.  Special full leather inner door pulls are equipped, and this example was factory optioned with the HiFi Sound System and amplifier.  An aftermarket radio has been installed, the speedometer was recently repaired, and the seller confirms all gauges and accessories to be fully functional. 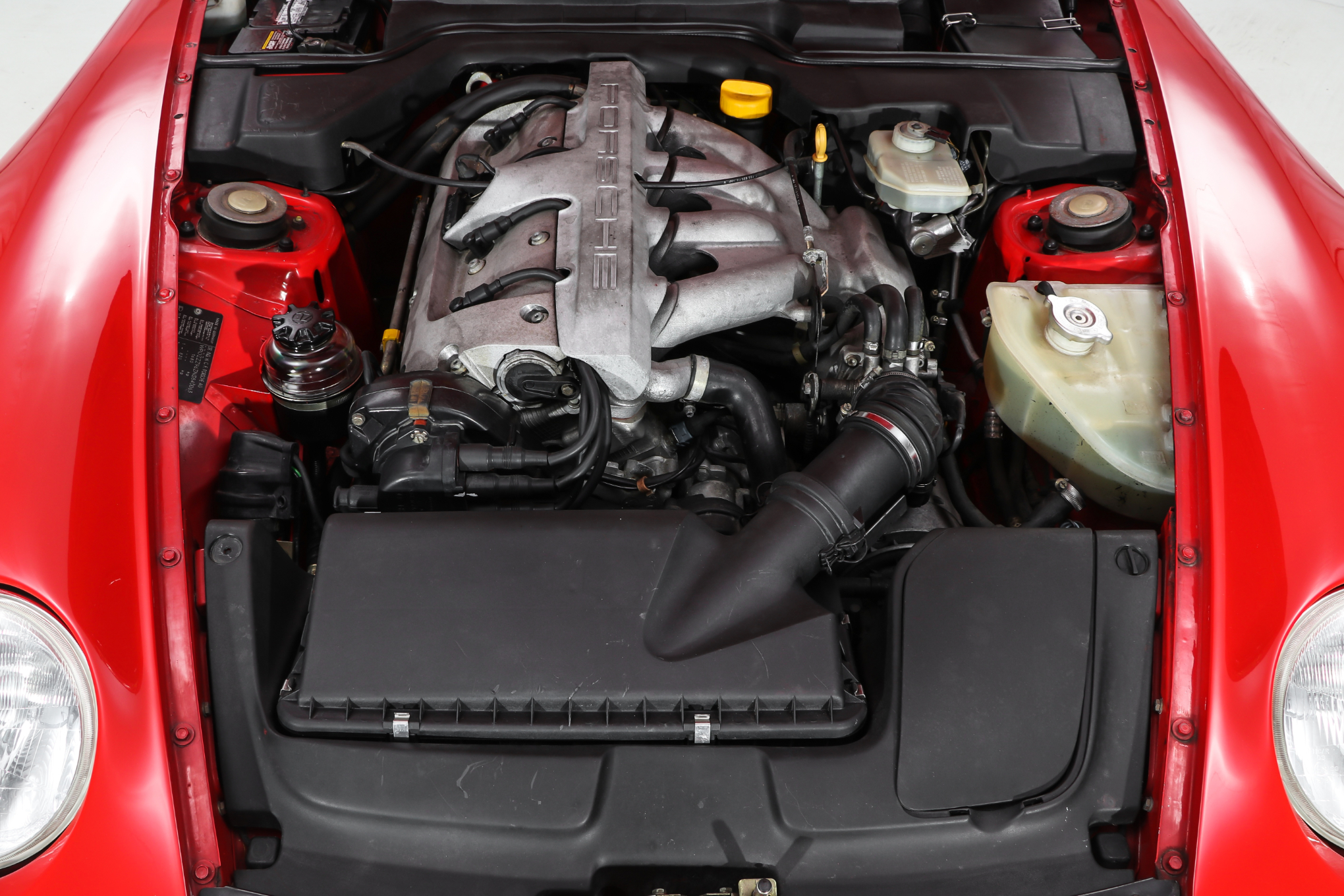 This Cabriolet is powered by a naturally aspirated 3.0 L inline 4-cylinder engine.  Approximately 236 HP and 225 lb.-ft of torque is sent to the rear wheels through a 4-speed Tiptronic S automatic transaxle.  Proper maintenance is said to have been carried out under the original ownership including a new flywheel and intake manifold in 2017.  More recently in preparation for sale, this 968 received all-new timing and accessory belts, an A/C compressor, and fresh fluids and filters. 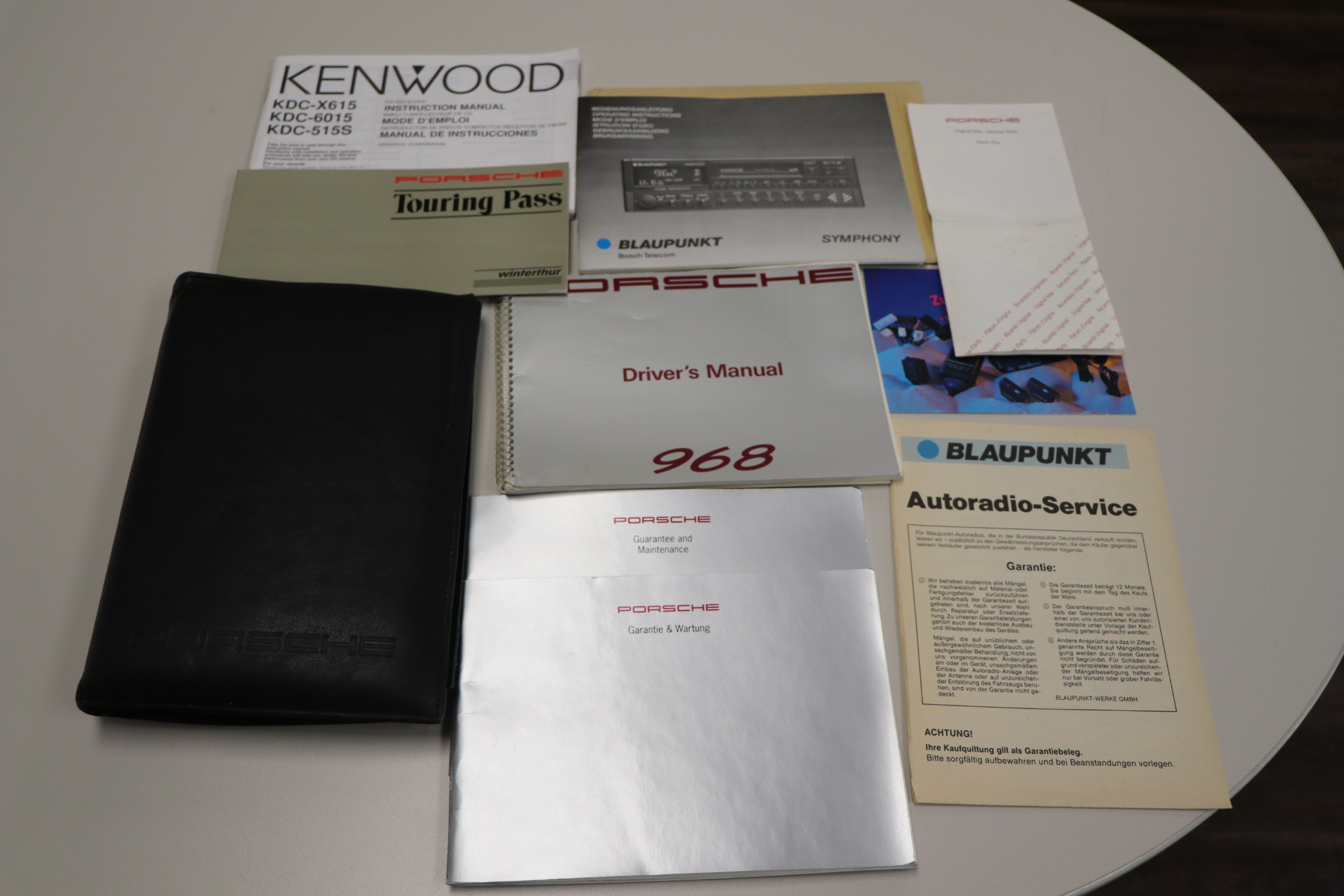 This sale will include 1 master key and remote fob, the original owner’s manual, spare tire, service records, promotion posters, and a touring pass and wine bottle originally included as part of the European delivery.