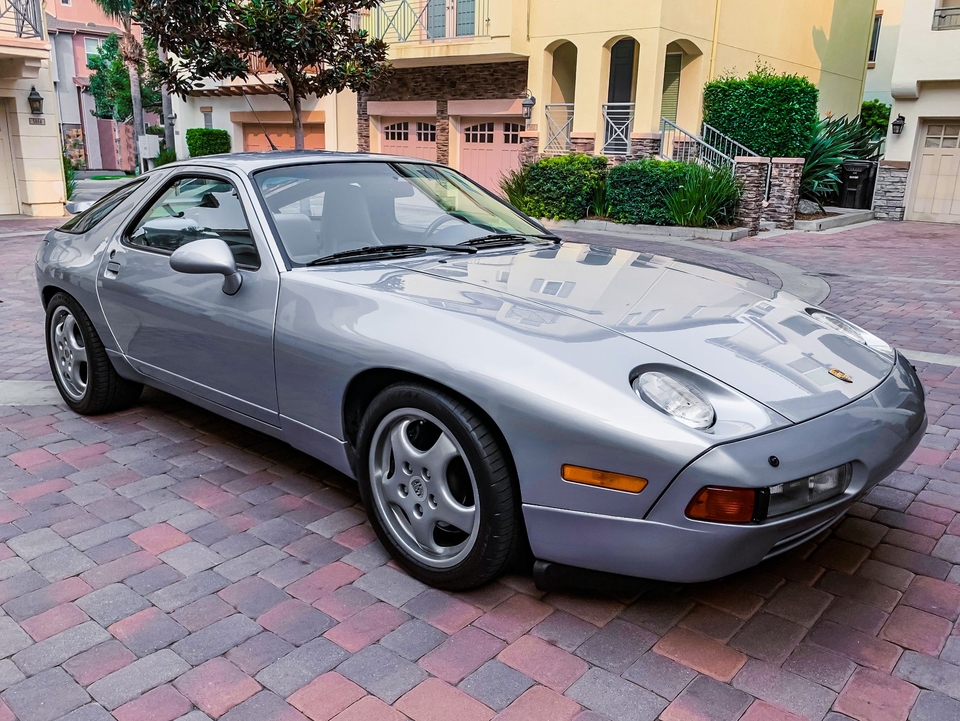 Now available for auction is one of only 54 U.S. Porsche 928 GTS 5-speed's built for 1993. Representing the final evolutionary phase of Porsche’s iconic 928 grand tourer, this GTS model showcases revised bodywork, Cup wheels and a powerful 5.4 L V8 engine mated to a rare 5-speed manual transmission with limited slip differential.  Highlighting some noteworthy mainteannce items carried out in recent years including a timing belt and water pump replacement, this exceptional 1993 example is now being offered with a Porsche Certificate of Authenticity and a vast collection of service records by its seller out of Playa Vista, California. 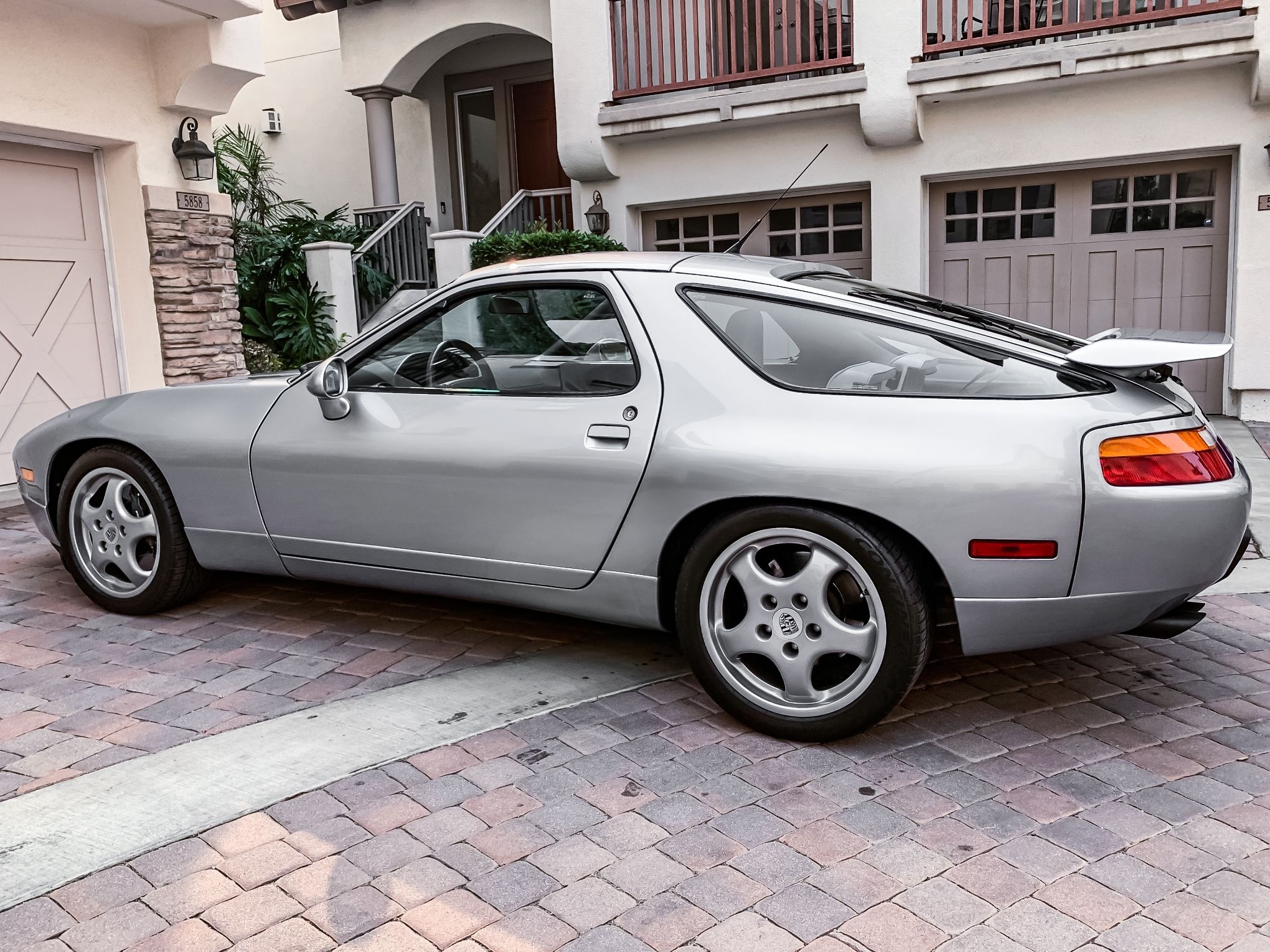 This 928 is finished in its Porsche COA specified color of Polar Silver Metallic.  The paint is noted to be in great condition with some road-going wear and the seller indicates that the driver’s side door was refinished at some point (detailed images are provided in the photo gallery).  A new OEM front windshield was installed in 2017 and the factory 17” Cup wheels were refinished in 2016 before being wrapped in Continental Extreme Contact tires.  Noteworthy details on the GTS model include wider rear fenders, aero mirrors, continuous rear light band and painted rear spoiler. 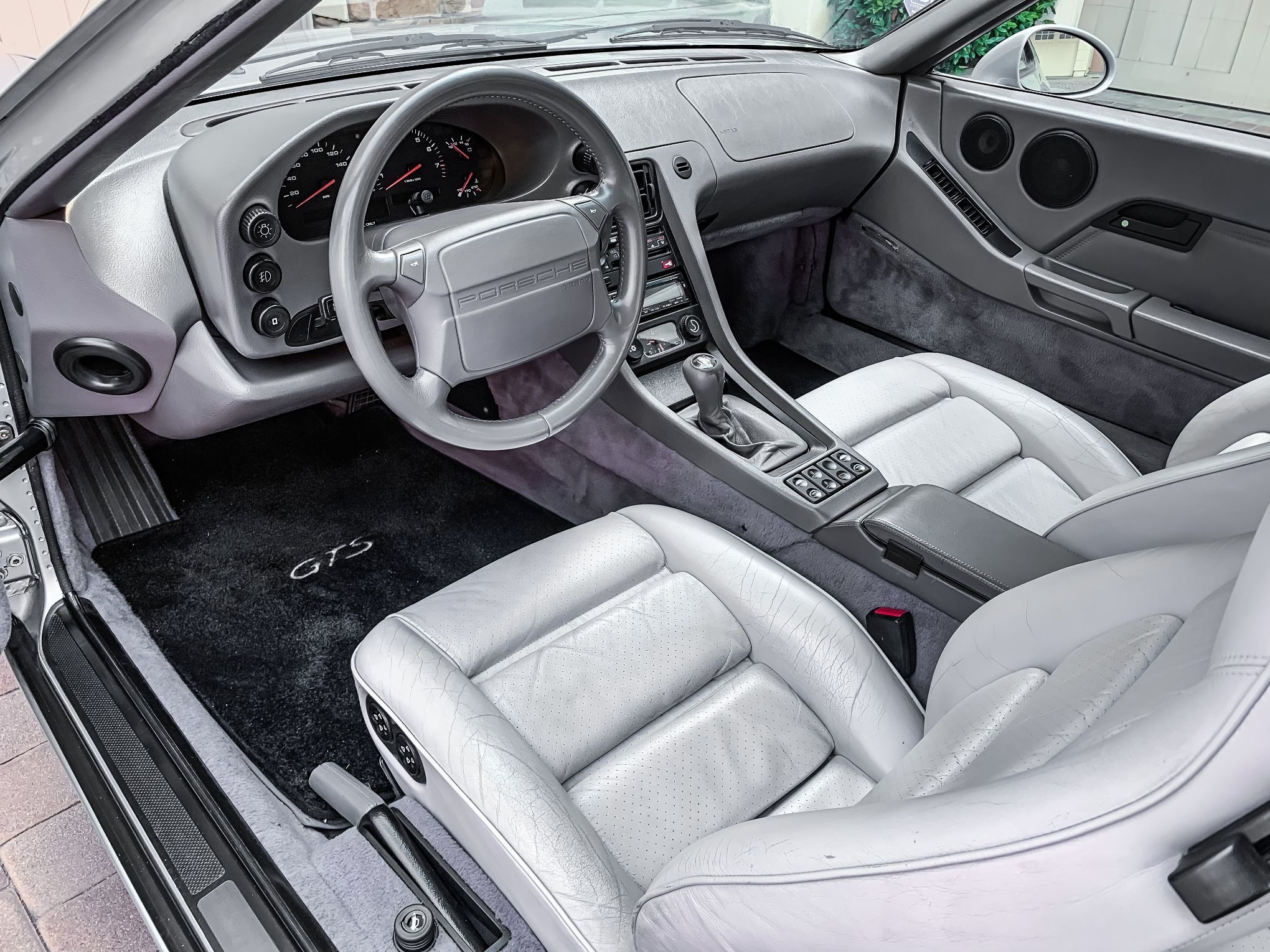 The Grey leather interior is said to be in excellent condition for its age with the driver’s seat outer bolster cushion professionally reupholstered in October of 2017.  An aftermarket radio has been installed, although the seller will also include the original Becker Porsche CR-1 unit with the sale.  Factory equipment listed on the COA includes a power sunroof, remote CD changer, deviated carpeting and climate control with optional rear seat vents (Increased Air Conditioning).  All gauges and accessories are said to be in good working order; however, the air conditioning does not blow cold at this time. 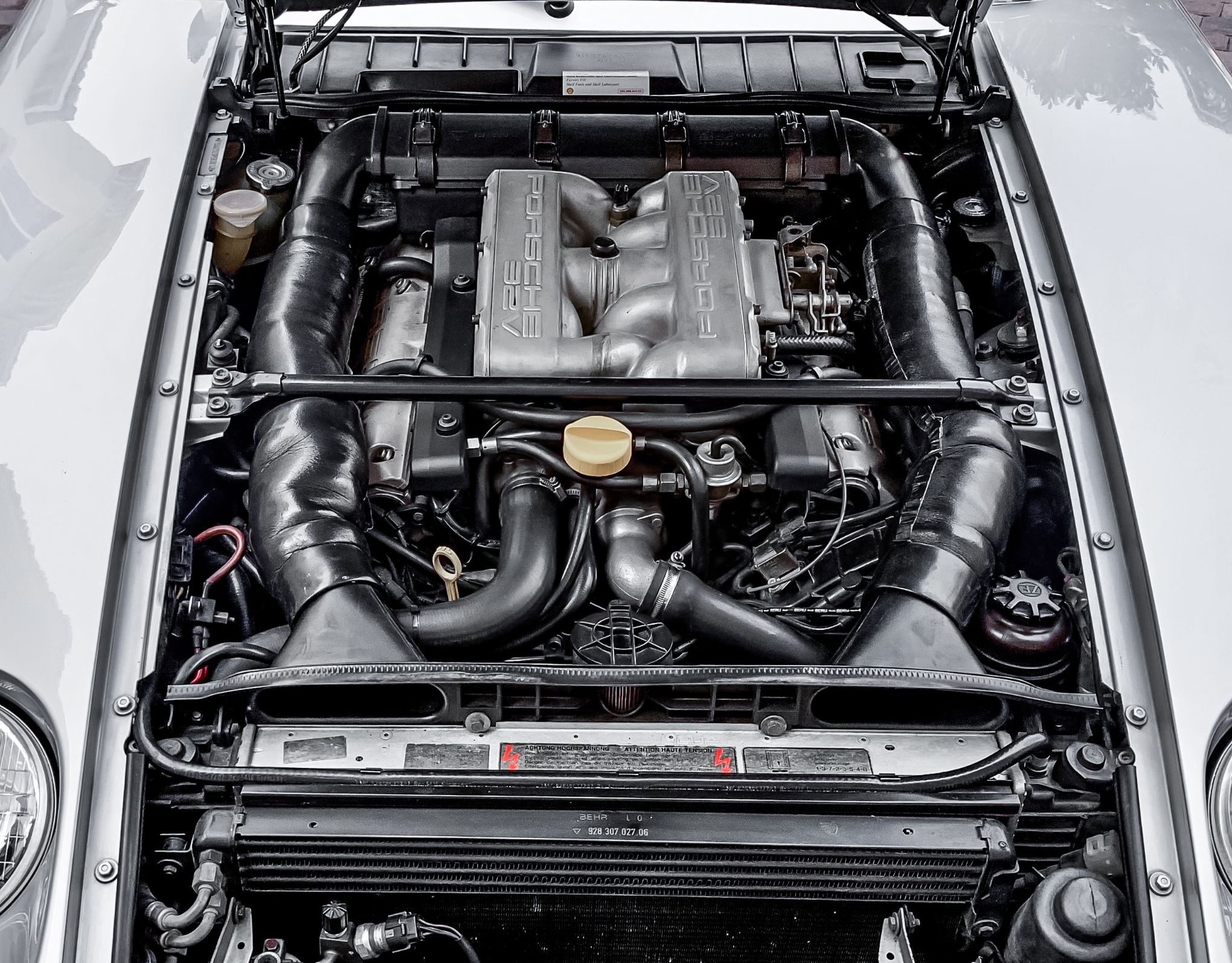 This 928 GTS debuted a redesigned 5.4L 32-valve DOHC V8 engine rated at 345 HP and 369 lb.-ft of torque.  The rear wheels are driven by way of a 5-speed manual transmission with standard equipped Porsche limited slip differential (PDS).  Included service records indicate that the timing belt and water pump were replaced in 2014 at just over 100k miles.  Other service items performed in recent years include clutch hydraulic refurbishment and block repair at the water pump, new rear wheel bearings, CV boots and fuel lines.  The suspension was also refreshed in 2016 with new Boge shocks, Delrin steering rack bushings, a rebuilt lower control arm and one new tie rod end.  Stated to be in exceptional driving condition and up to date on all required maintenance, this GTS is just waiting to be enjoyed. 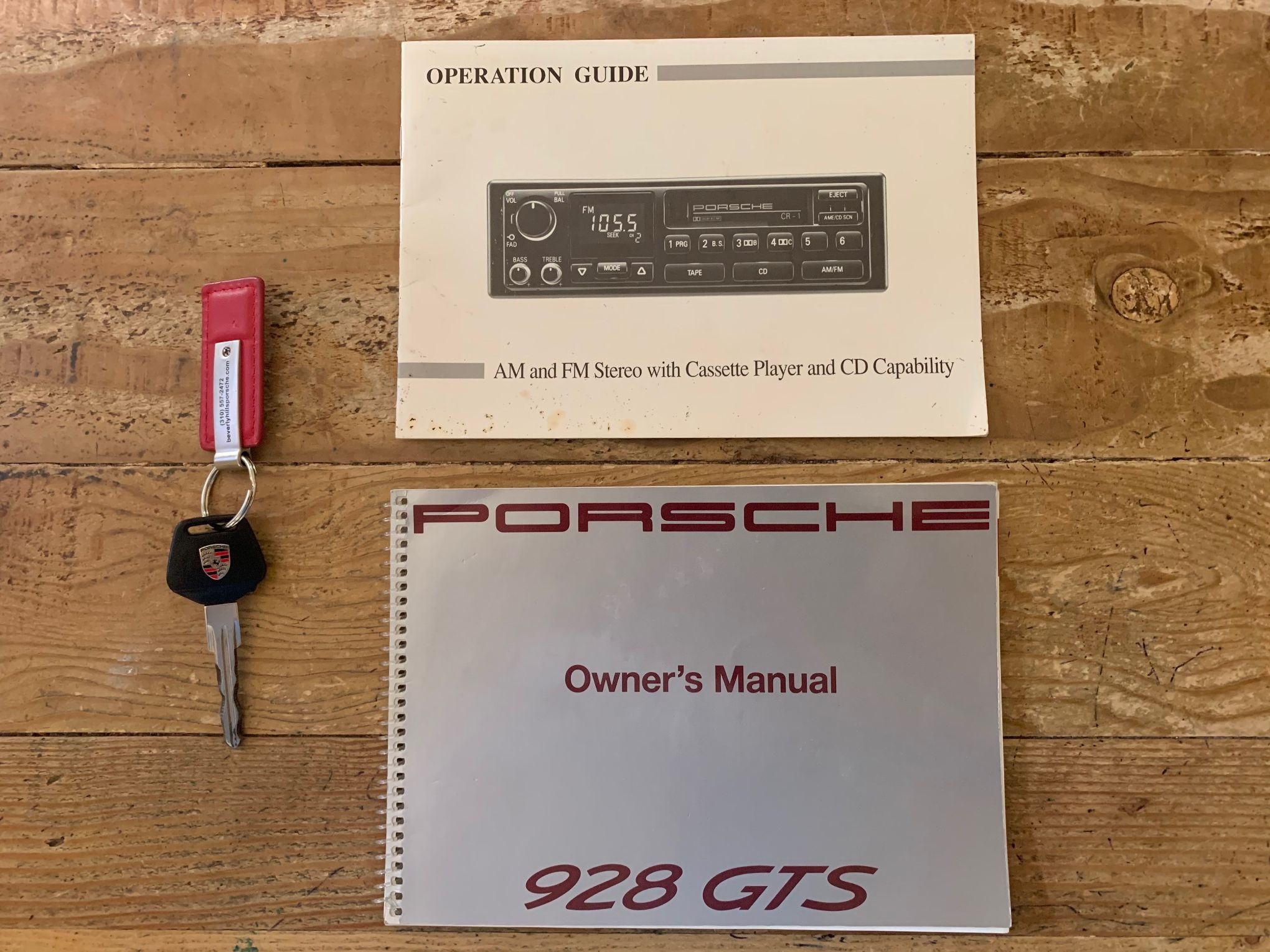 The sale of this iconic luxury grand tourer will include one master key, original owner’s manuals, a clear title, Porsche Certificate of Authenticity and a comprehensive collection of service records dating back to 1997.  Remaining in outstanding overall condition, this handsome 1993 example is not to be missed.