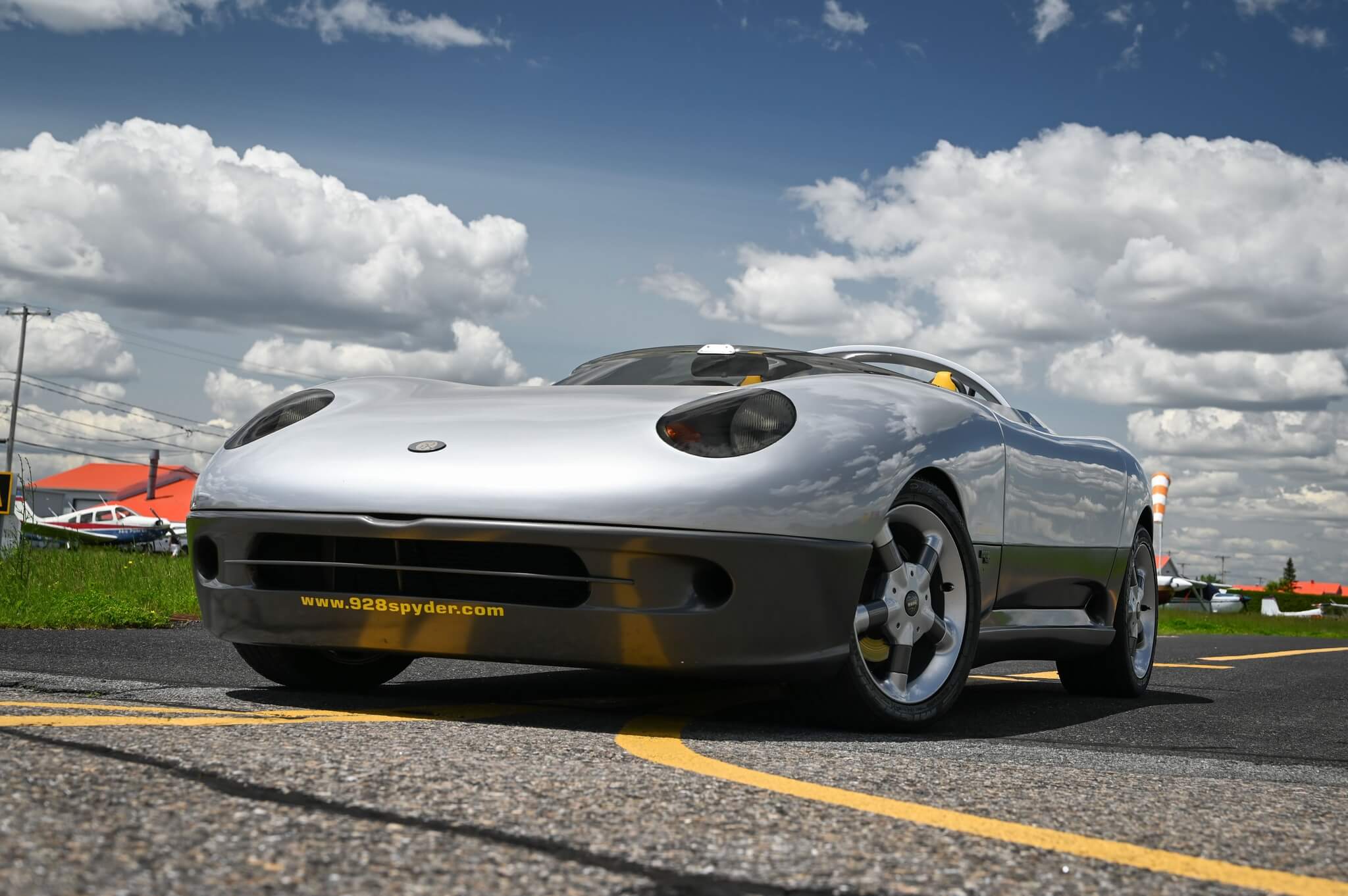 We are pleased to present the original Spyder 928 prototype by Wingho Auto Classique Inc.  Developed during the early 1990s by Dr. Clyde Kwok, founder of Wingho Auto and professor of aerodynamics and mechanical engineering, the Spyder 928 prototype was based upon the platform of a U.S. 1978 Porsche 928 and features handcrafted fiberglass composite bodywork.  Intended to capture the spirit of Porsche’s original Speedster combined with the well-balanced platform and powerful V8 engine of the 928 grand tourer, the Spyder sheds approximately 700 lbs. from the original Porsche design and incorporates several performance upgrades for an increase in horsepower as well as improved handling.  The car was finished in January of 1993 and went on to be displayed at the Canadian International Auto Show circuit and featured in many automotive publications including European Car, Exotic Cars, and Motor Magazine.  The original 928 Spyder prototype is now being offered for auction by Wingho Auto Classique out of Montreal, Canada 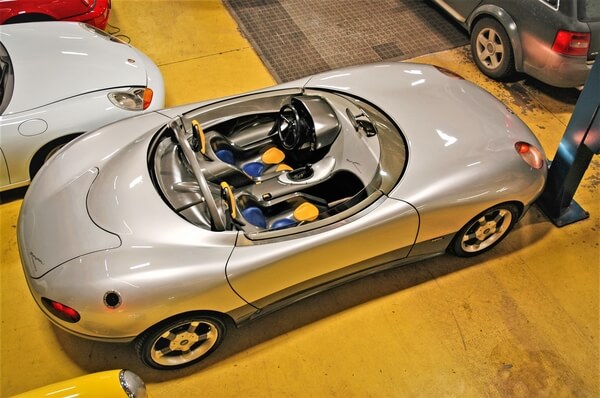 After the low-mileage donor car was acquired, custom fiberglass composite bodywork was fabricated by Carrosserie CF over the course of four months and delivered to Wingho Auto Classique Inc. for final assembly. The new aerodynamically improved design eliminates the roof, bumpers, and glass of the 928 and features a small hump on the rear deck which conceals a manually retractable roll bar.  The entire front clip is of single-piece construction and includes a front-hinged hood.  The original wheelbase and chassis dimensions of the 928 were left unchanged as to not disturb the car’s excellent balance.  The car is finished in Porsche Silver Metallic and rides on aluminum 17” MOMO wheels dressed in Michelin tires.  Detailed images are provided in the photo gallery. 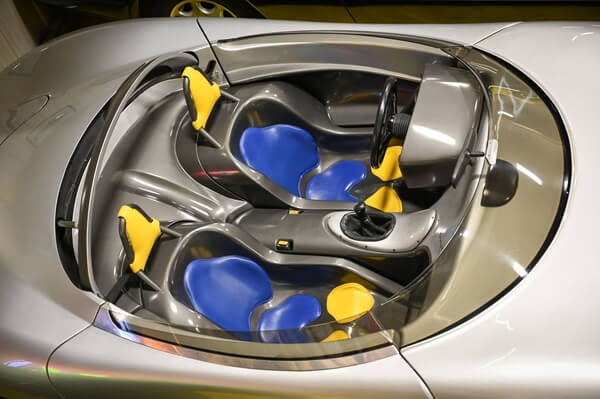 The cabin reflects the styling of Porsche’s early race cars and Speedster model combined with Wingho’s space-age design philosophy. The smoothly molded interior transitions seamlessly into the bodywork and incorporates two form-fitting seats strategically lined with padding for driver comfort.  The single-piece windscreen wraps around the dashboard and matches up with slim windows on each door.  The body-colored dashboard blends into the center console and houses a custom-designed short shifter with a black MOMO gear knob and leather boot.  The mechanical handbrake was replaced with an electrically operated system.  A three-spoke MOMO steering wheel sits ahead of the original Porsche 928 instrumentation including an odometer reading just over 6k miles. 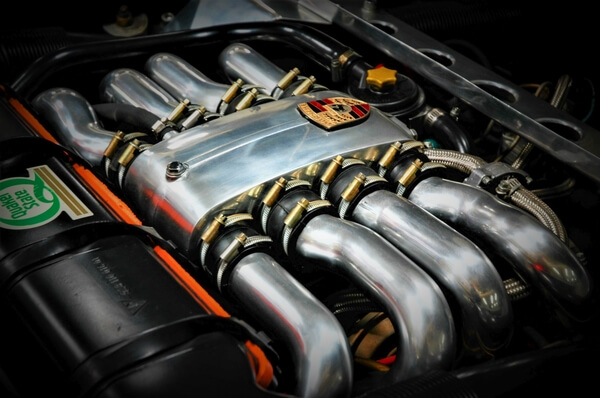 The Spyder 928 carries its original 4.5L aluminum V8 engine and 5-speed manual transaxle.  The engine’s heads were ported and polished and a straight pipe exhaust system was installed for an estimated gain of approximately 30 HP over stock configuration.  A custom front sway bar was also installed for improved handling. The engine belts, pumps, and clutch were all replaced and the car has been maintained in-house exclusively by Wingho Auto Classique since its completion. 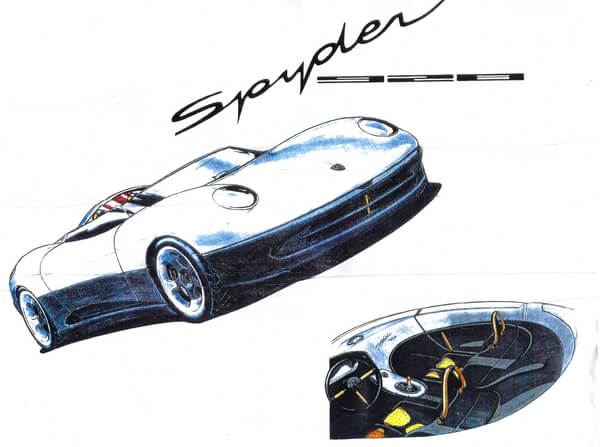 This sale will include historical photos of the car, a custom tonneau cover, and a clean title. Painstakingly designed and engineered, the original Wingho Spyder 928 is an incredibly unique and visceral custom vehicle intended for the most passionate driving enthusiasts.  Do not miss your chance to become the owner of this unique open top Speedster.