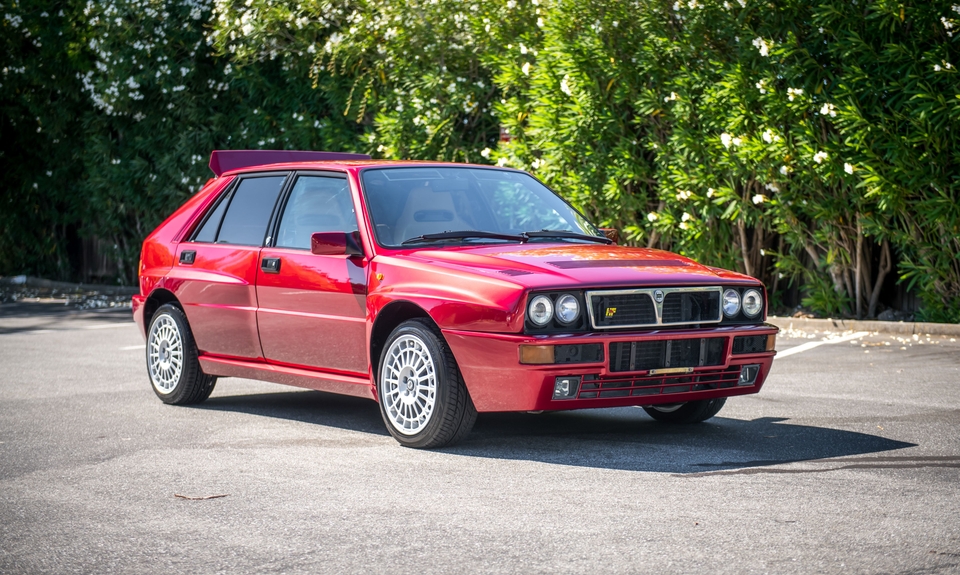 We are pleased to present this 1994 Lancia Delta HF Integrale Evoluzione II “Dealers Collection”.  Built between 1993-1994 as the ultimate road-going version of Lancia’s championship rally car, the Evo II only recently became legal for import to the U.S. and is widely regarded by enthusiasts as one of the greatest hot-hatchbacks of all time.  This rare Dealers Collection model is reported to be one of only 180 examples ever built and was only made available to authorized Lancia dealers.  It features a unique Pearl Red exterior color, a beige leather-trimmed interior with Recaro seats, a pushbutton ignition, and other model-specific details.  This 1994 example was first registered in Japan where it had remained in a collection before being imported to the U.S. and eventually purchased by the seller about a year and a half ago.  It has since undergone a full service and inspection in preparation for sale including the replacements of the clutch and rear main seal.  One of the very last and rarest Delta Integrale’s ever produced, this limited-edition Evo II is now being offered for auction by its seller out of California while showing approximately 96k kilometers (59k-miles). 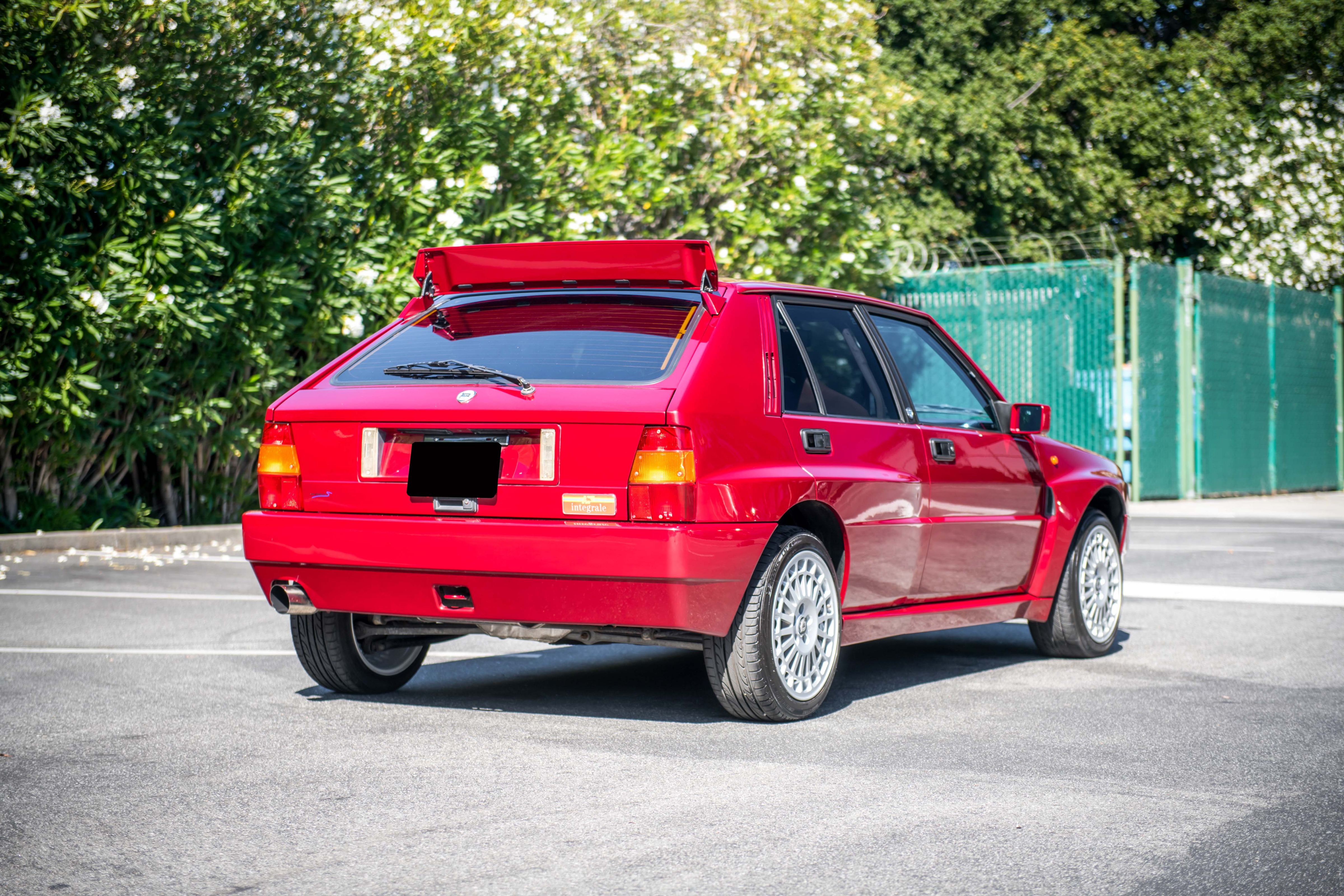 The Dealers Collection models feature a unique Pearl Red exterior color. This example is said to have previously undergone a professional glass-out respray, detailed images are provided in the photo gallery.  Some exterior highlights of this Evo II include flared fenders, a distinctive “HF” front grille, a rear hatch spoiler, and factory 16” Montecarlo wheels which were recently reconditioned and dressed in new Dunlop Le Mans tires.  The windows were also slightly tinted by a previous owner. 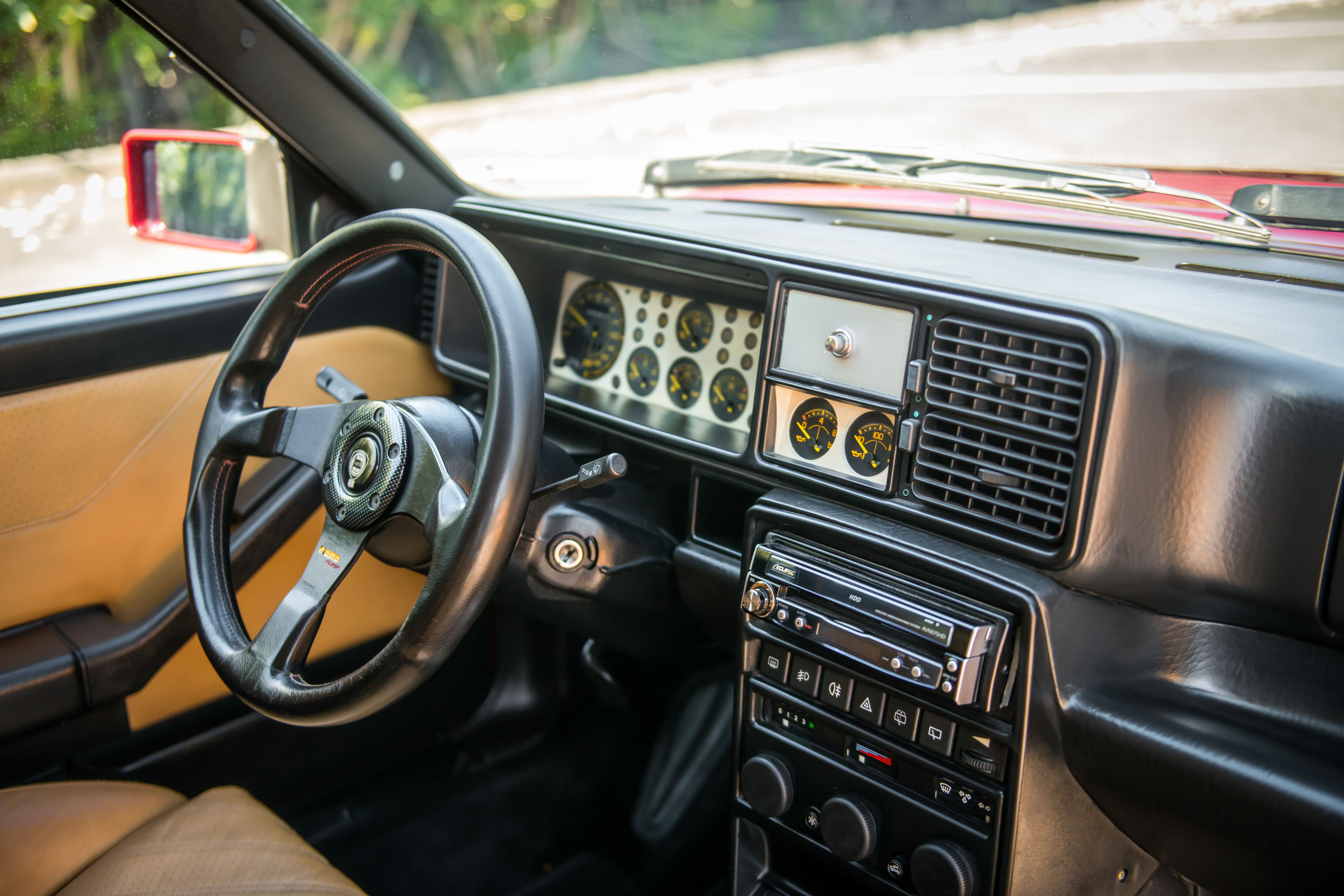 Inside, this Dealers Collection is appointed with a special beige leather-trimmed interior featuring deeply bolstered Recaro sport seats with embossed “HF” logos, a pushbutton starter, and “OMP” logos on the alloy pedals and passenger rally footrest.  Other features include a leather-wrapped MOMO steering wheel and a Japanese-market DVD/audio unit. 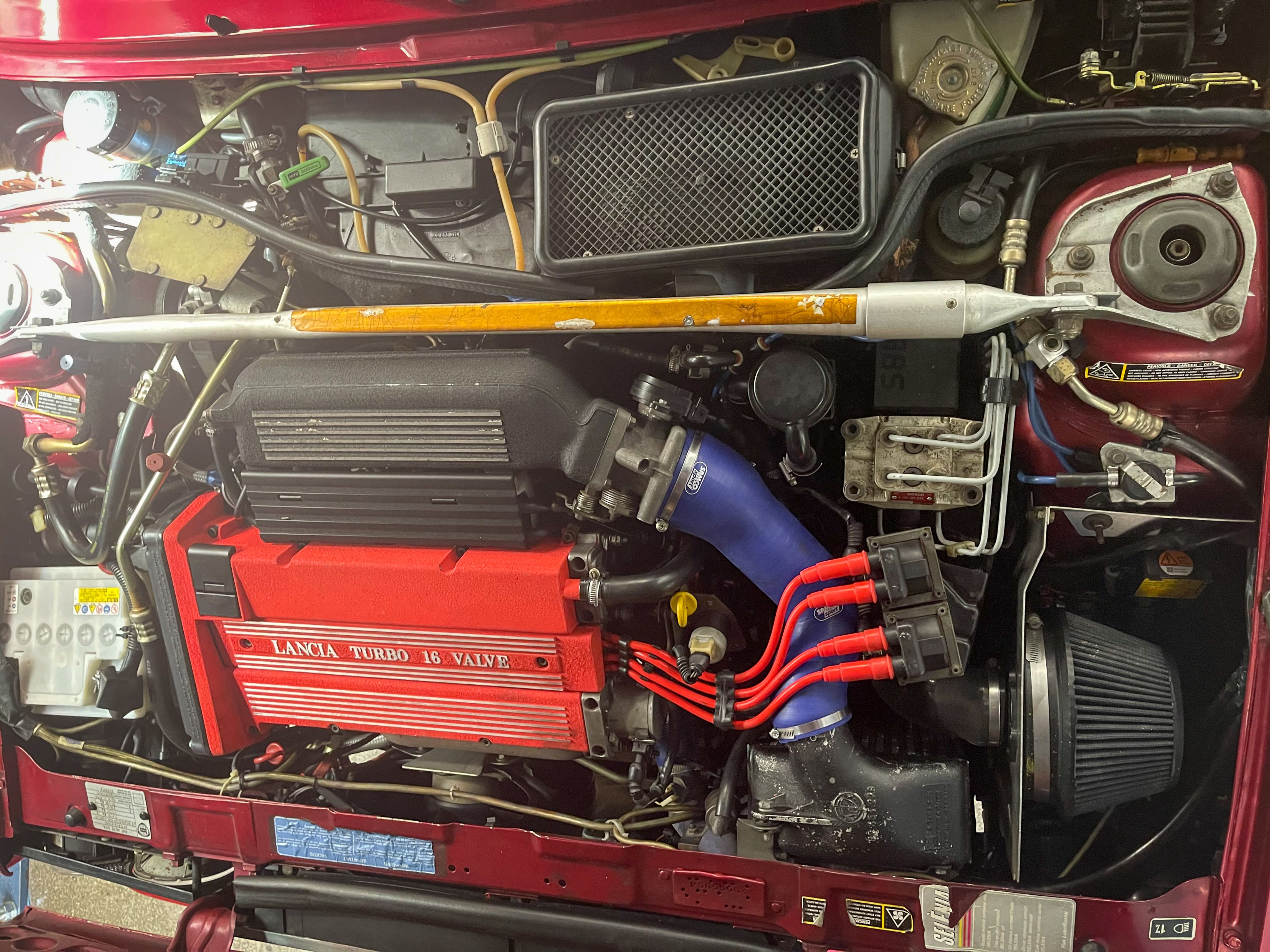 The transverse-mounted 2.0-liter DOHC 4-cylinder turbocharged engine sends 215 HP and 227 lb.-ft of torque to all four wheels through a 5-speed manual transmission. The AWD system offers a 57/43 torque split, Ferguson viscous coupling, and a Torsen rear differential.  An aftermarket exhaust has been installed along with a cone-style air filter.  The seller notes that Japanese market cars are typically very well maintained due to stringent local regulations. Since acquiring the car, the seller has performed extensive maintenance including the replacements of the clutch, rear main seal, oil pan gaskets, transmission-to-differential O-ring, and several electrical sensors. The valve cover was also refinished and service records are provided for reference in the photo gallery. 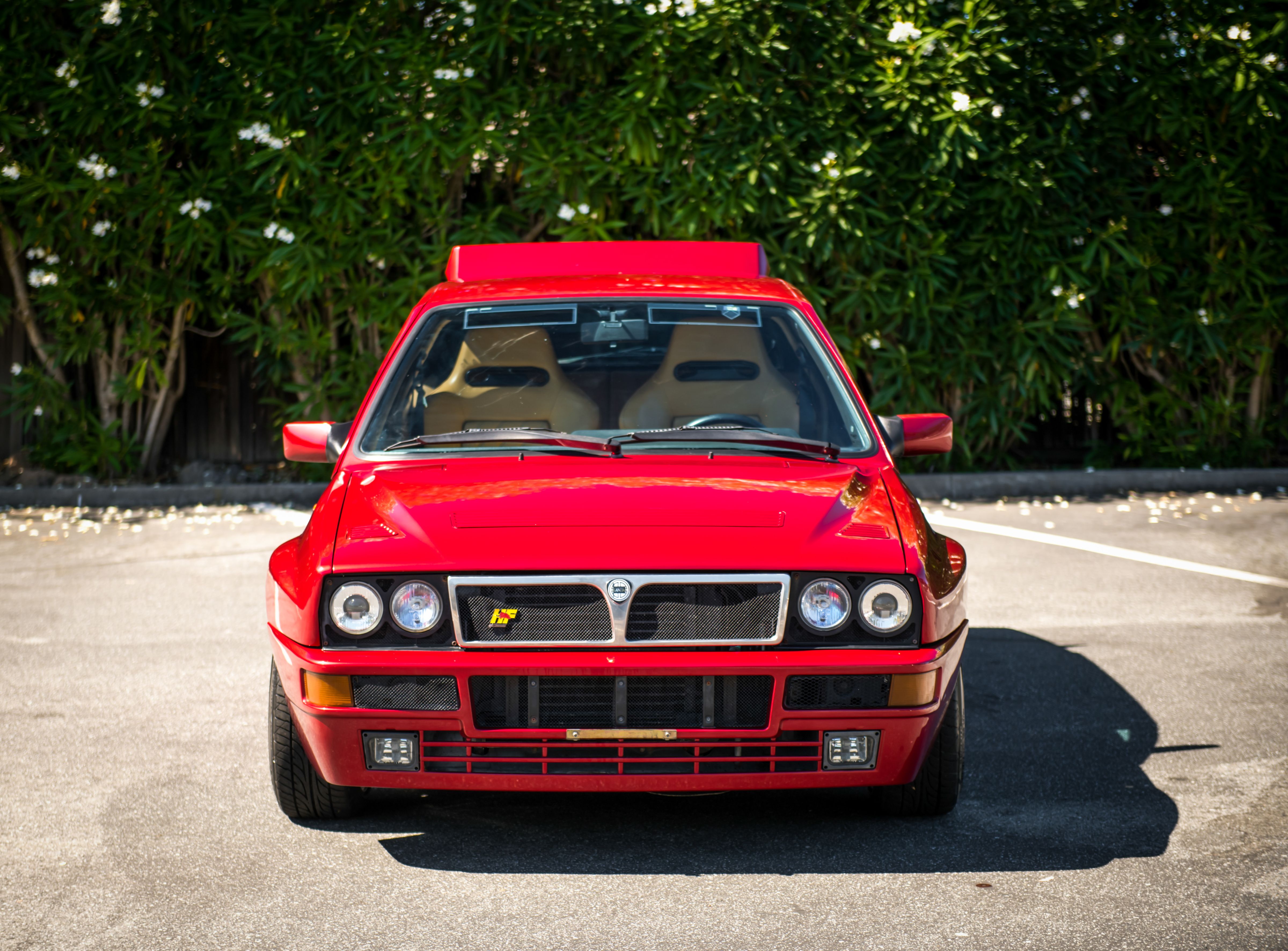 This sale will include service records and a Lancia Classiche Certificato Di Origine as well as a valid Vermont registration and license plate.  A rally racing icon for the streets, this incredibly rare 1994 Lancia Delta HF Integrale Evoluzione II “Dealers Collection” is just waiting to be enjoyed by a new owner.