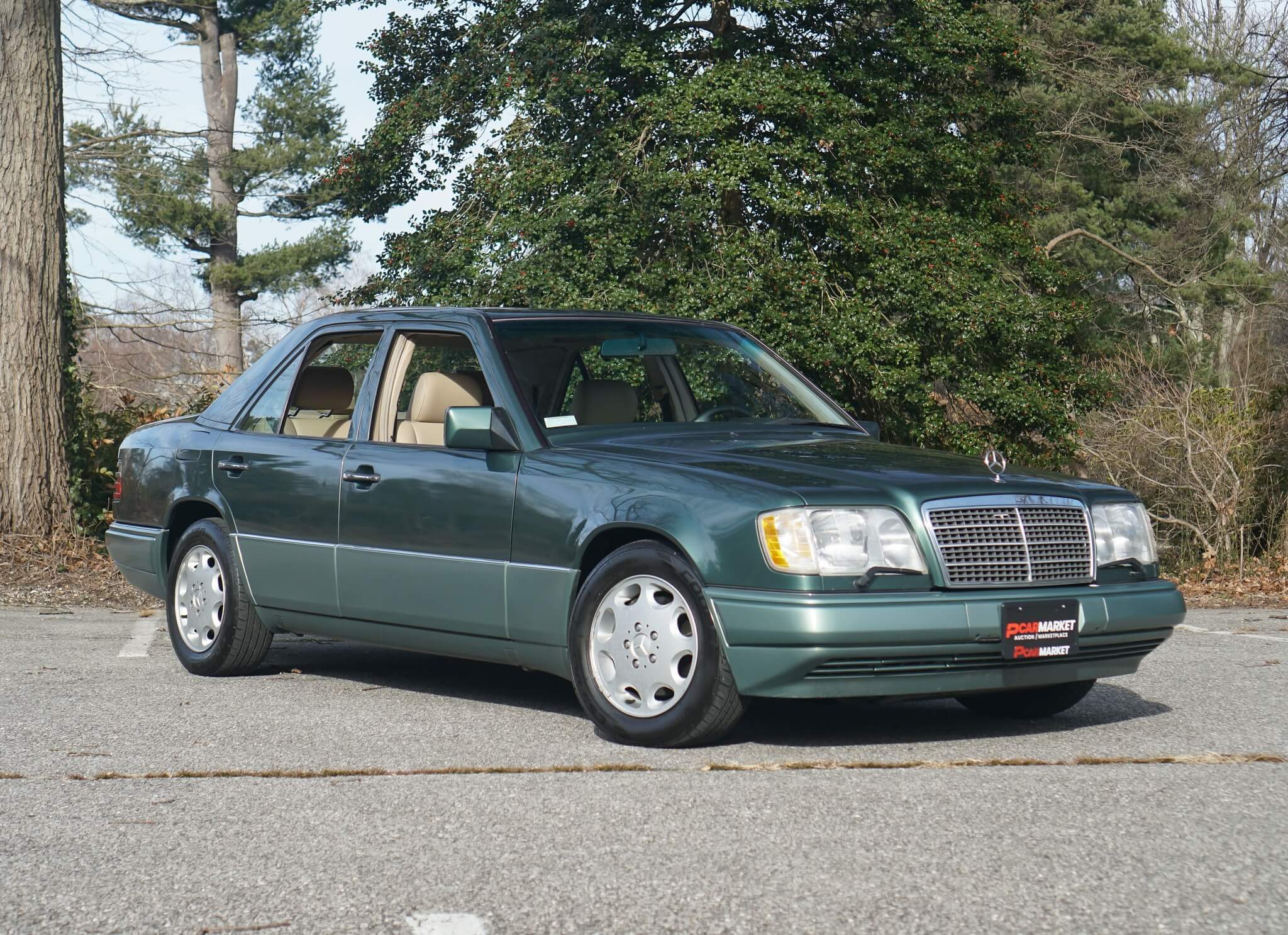 Available for auction is this 1994 Mercedes-Benz W124 E420 finished in Malachite Green Metallic over a beige leather interior. Widely recognized for its robust build quality, the W124 was launched in the 1986 model year and was marketed through 1995. The E420 model was produced during the two final years and featured a version of the M119 V8 engine found in the iconic 500E sport sedan. This two-owner 1994 example is believed to have spent its life between New York and New Jersey, and came factory equipped with heated front seats, automatic climate control, an electric sliding sunroof, and more. Having recently undergone a full inspection, this rare E420 is now being offered for auction by its seller out of New York while showing just under 63k miles on the odometer. 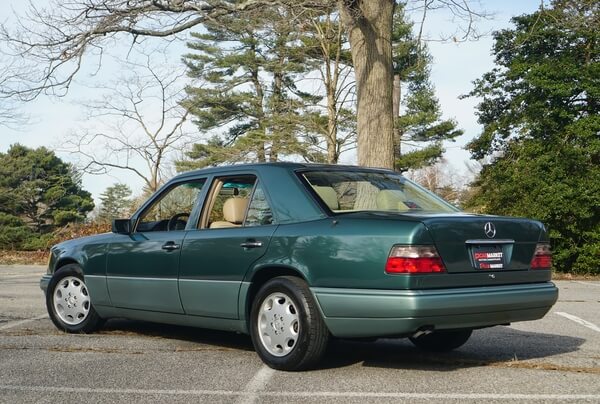 This W124 comes finished in Malachite Green Metallic and features include headlight wipers, asymmetrical side mirrors, a power antenna, a panoramic windshield wiper, and 15” alloy wheels. The exterior is described to be in good overall condition with signs of wear including some cracking in the finish and scratches on the bumpers. A collection of detailed images can be found in the gallery along with clean CARFAX and paint meter readings. 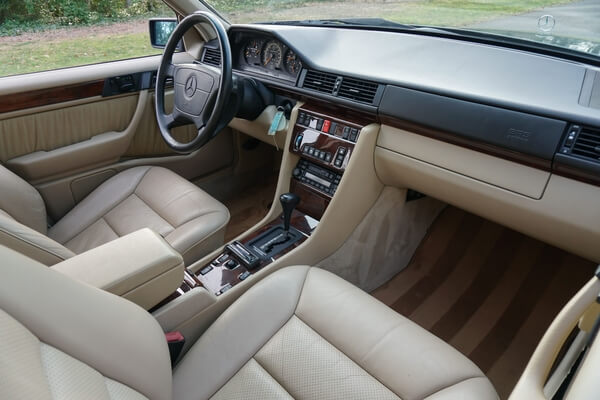 The cabin is trimmed in beige leather with matching carpeting and burl wood trim on the console, dashboard, and door panels. Amenities include climate control, cruise control, heated power seats, power windows and locks, and an upgraded radio head unit. The seller notes imperfections including minor discoloration, wear on the leather surfaces, and inoperable door locks and sunroof. 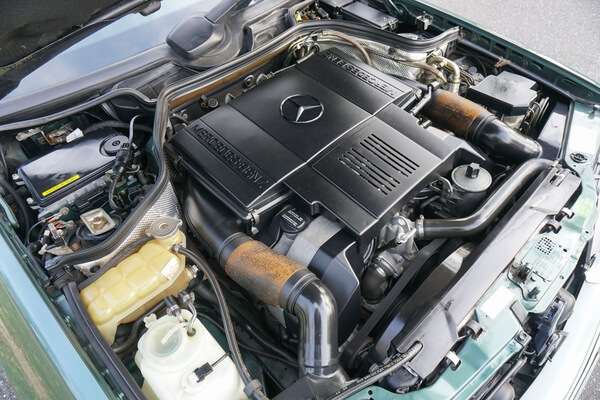 Power comes from a 4.2-liter M119 V8 which was factory rated at up to 282 HP and 295 lb-ft of torque. The rear wheels are driven by way of a 4-speed automatic transmission. The CARFAX report includes five service history records dating back as far as the year 2000, and the seller adds that an oil and filter service was recently carried out along with the installation of a new exhaust system and wiring harness. 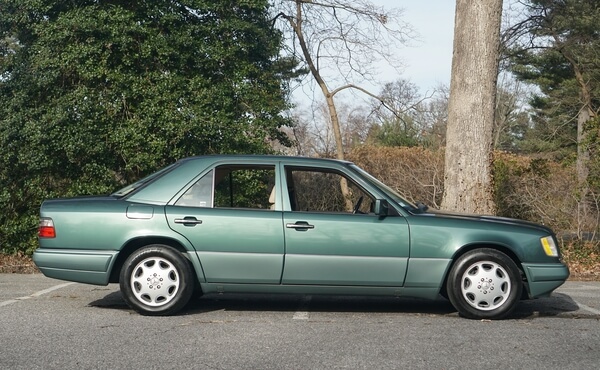