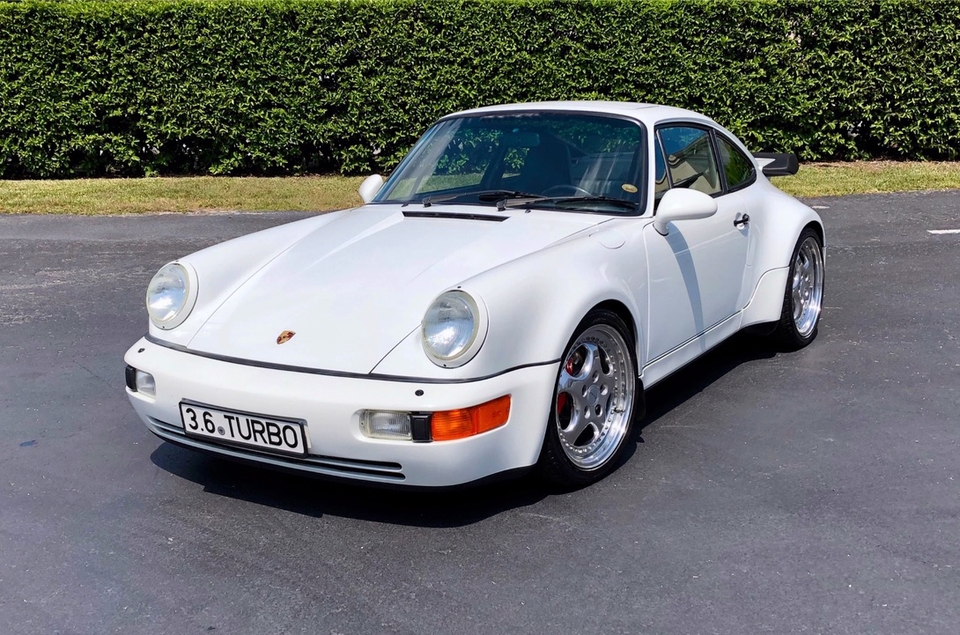 Due to its incredible performance numbers and and sinister look, the 3.6 Turbo became a cultural icon in the mid-1990’s.  Posters of the car could be found on almost any teenager's wall that dreamed of owning one.  With only 1,427 of these 3.6 Turbo's produced worldwide, it is becoming more difficult to find low-mileage pristine examples.  The example being offered here was purchased new in Illinois before eventually being sold to its next owner in Florida.  The current owner purchased this Turbo from a friend via a trade-in for another vehicle out of his collection.  It is currently being stored in a collection based out of Pinellas Park, FL.  The seller states that the car comes with a clean bill of health and is now being offered with just 34k miles showing on the odometer and still retains its original window sticker. 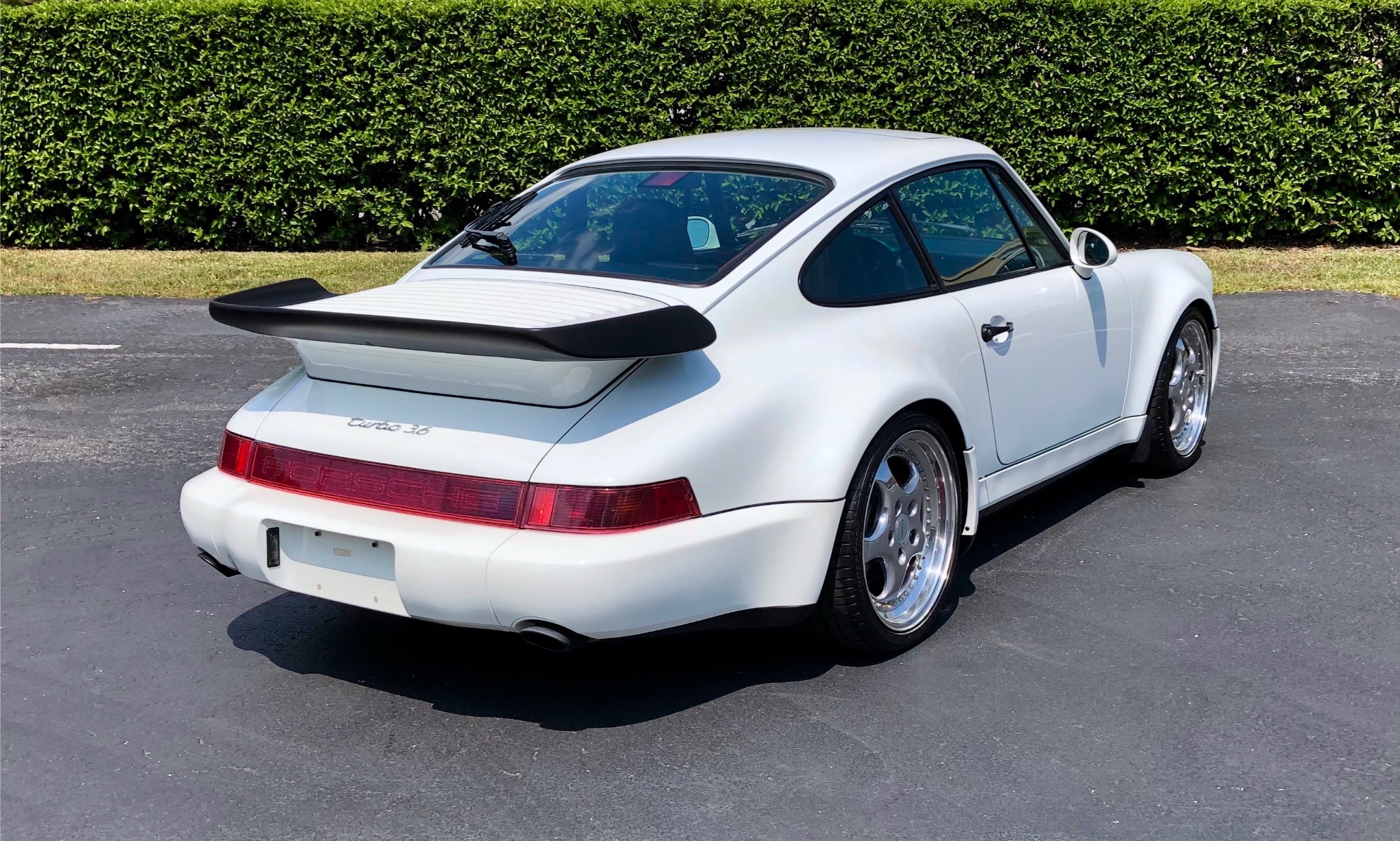 The Grand Prix White exterior paint is stated to be in exceptional condition.  Deciding to remove the side rocker stone guards due to yellowing, the seller states that nothing but clean, chip-free paint was unveiled.  Meter readings are provided in the photo gallery and show to be consistent.  A few key features of this 3.6 Turbo include an iconic integrated whale tail spoiler as well as factory 18” Speedline 3-piece wheels that wear a new set of Bridgestone tires.  Additional factory options include heated/power mirrors, washer nozzles, front/rear stabilizer bars, and 4 piston calipers with ventilated disc brakes. 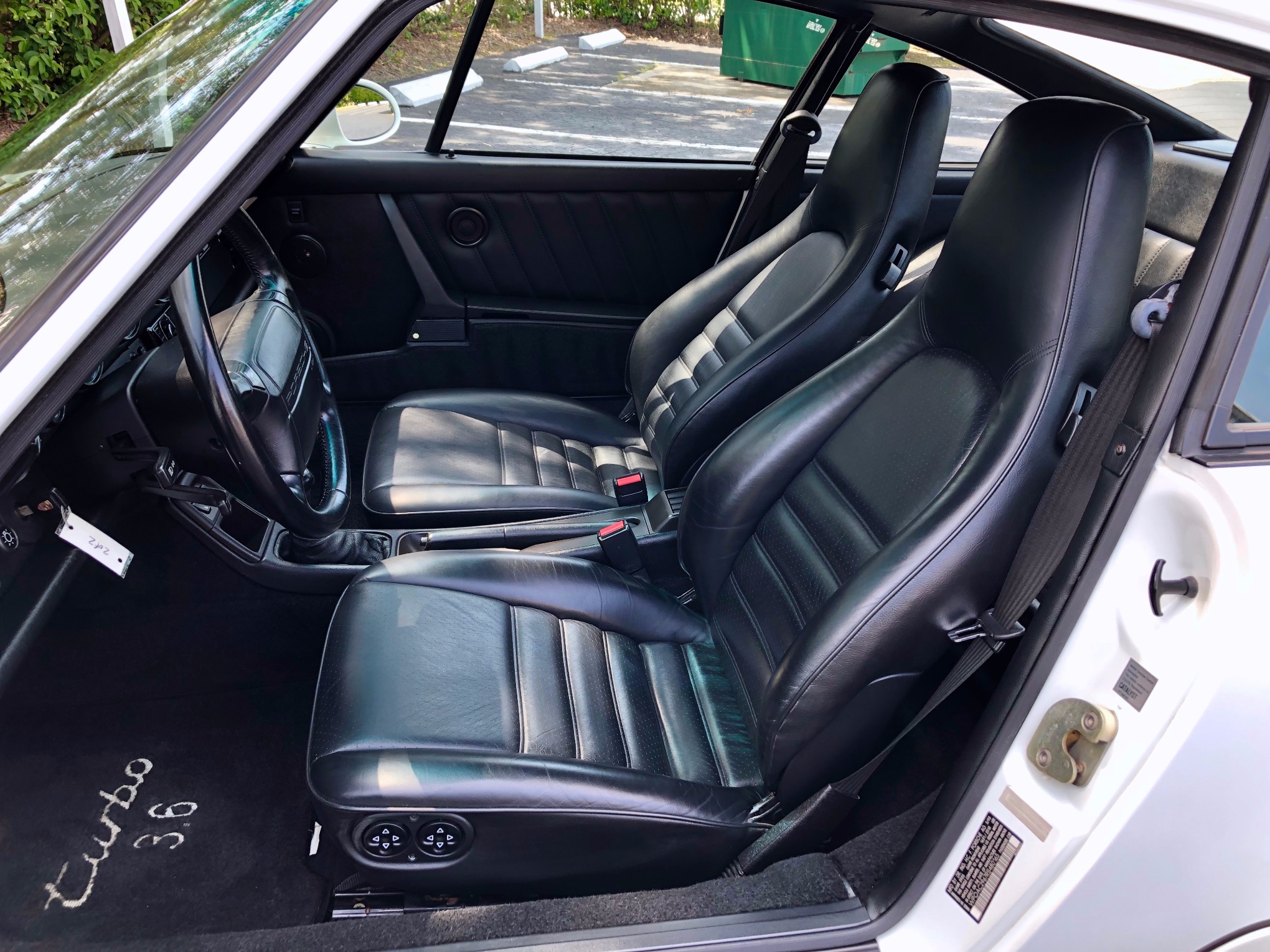 The sleek Black leather interior shows to be in like-new condition with minimal wear.  It features a factory sunroof and an upgraded alpine head unit with rear speakers.  This is the only modification on this otherwise completely stock 3.6 Turbo.  Additional standard options on the 3.6 Turbo include power windows, power seats, automatic climate control, and 2+2 folding rear seats. Overall, it is safe to say that this Turbo has been preserved extremely well over the years. 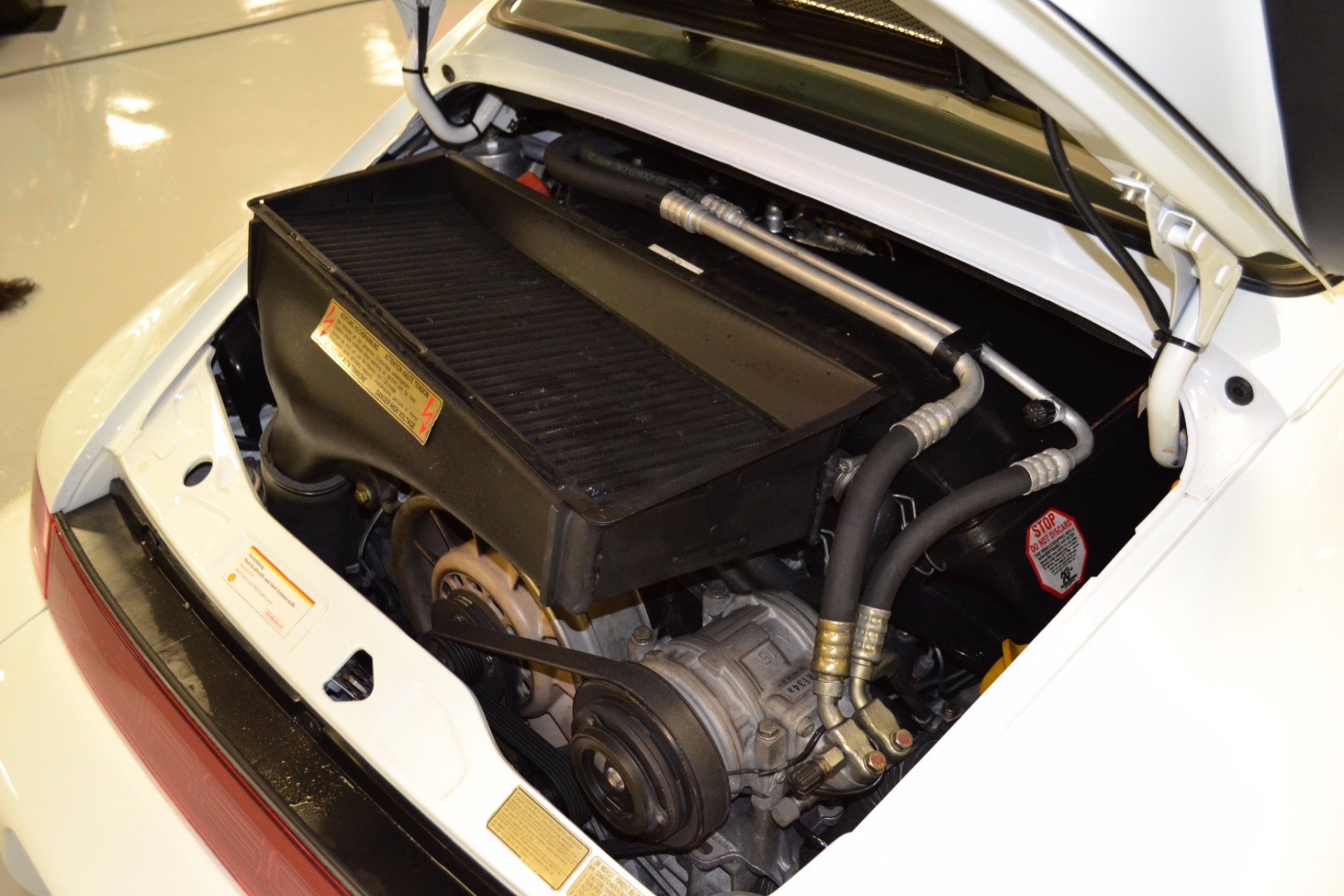 Power comes from a 3.6L turbocharged flat-six engine (M64/60) that develops a healthy 355HP with performance that is impressive even by todays standards.  The car is equipped with ABS, assisted braking, desirable 5-speed manual transmission, and power steering.  The seller states that the car is not in need of any service items and is in turn-key condition.  In-depth engine and undercarriage photos are viewable in the gallery photos. 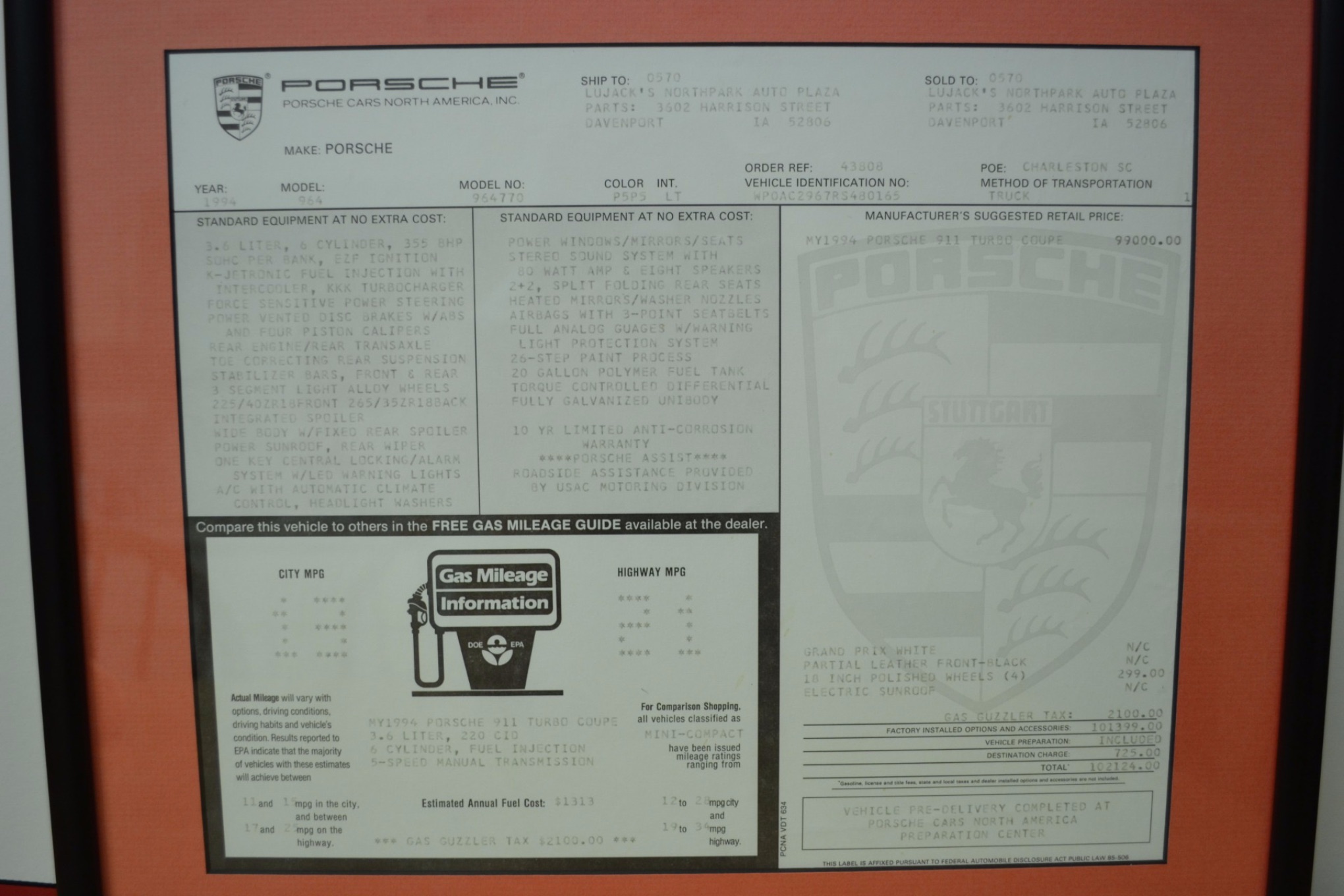 The sale will include a clean Carfax, original window sticker, all books, and 2 keys.