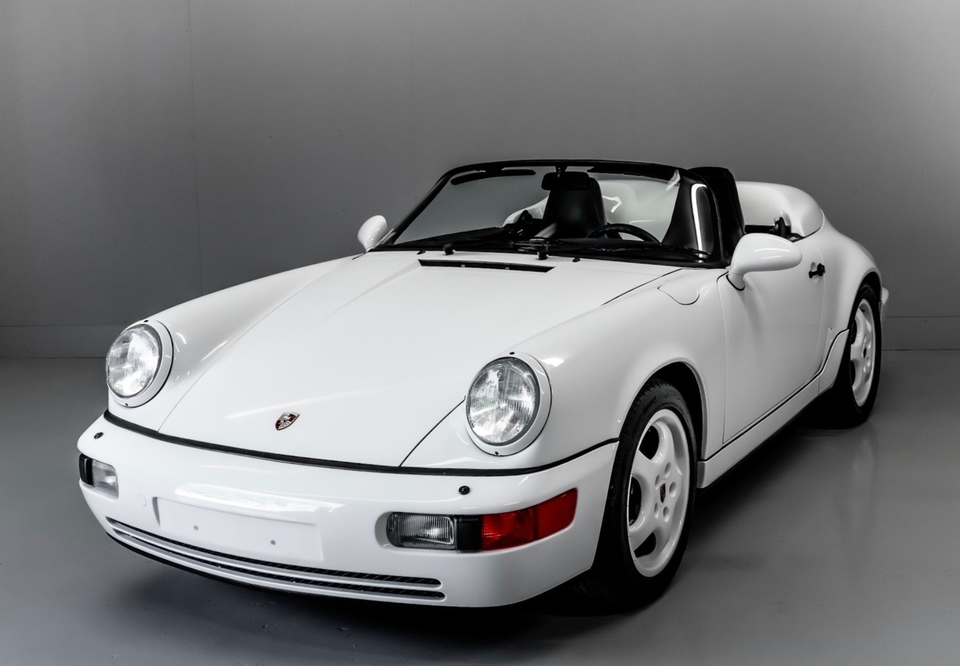 The 964 Speedster won the hearts of Porsche fans around the world when introduced in 1994. As the last air-cooled Speedster ever produced, Porsche built 936 cars of which only 427 were offered for sale in the US.  A true collectors model, this 964 Speedster has just received over $14k in maintenance and is ready to be enjoyed by its next owner.  It is now being offered with 58k miles on the odometer out of Wayland, MA. 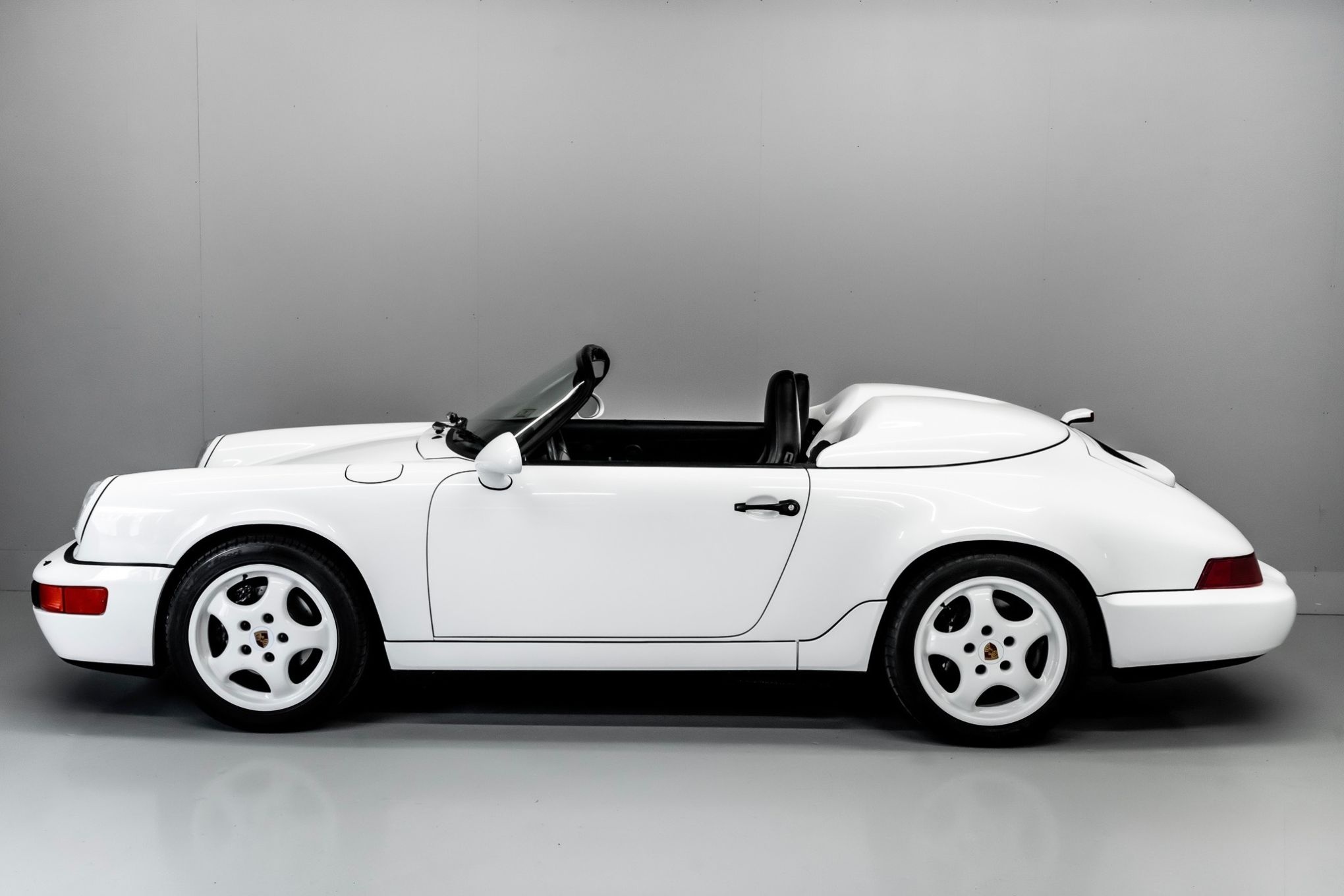 An instant head turner, this example is finished in Grand Prix White and is paired with rare factory color-matched 5-spoke Cup 2 wheels.  In efforts of bringing this car back to its showroom look, a previous owner commissioned an entire professional refinishing of the exterior in its original color.  The work was performed in the April of 2014 and is said to remain in excellent condition which is clear when viewing the gallery photos. Receipts will be included with the sale. 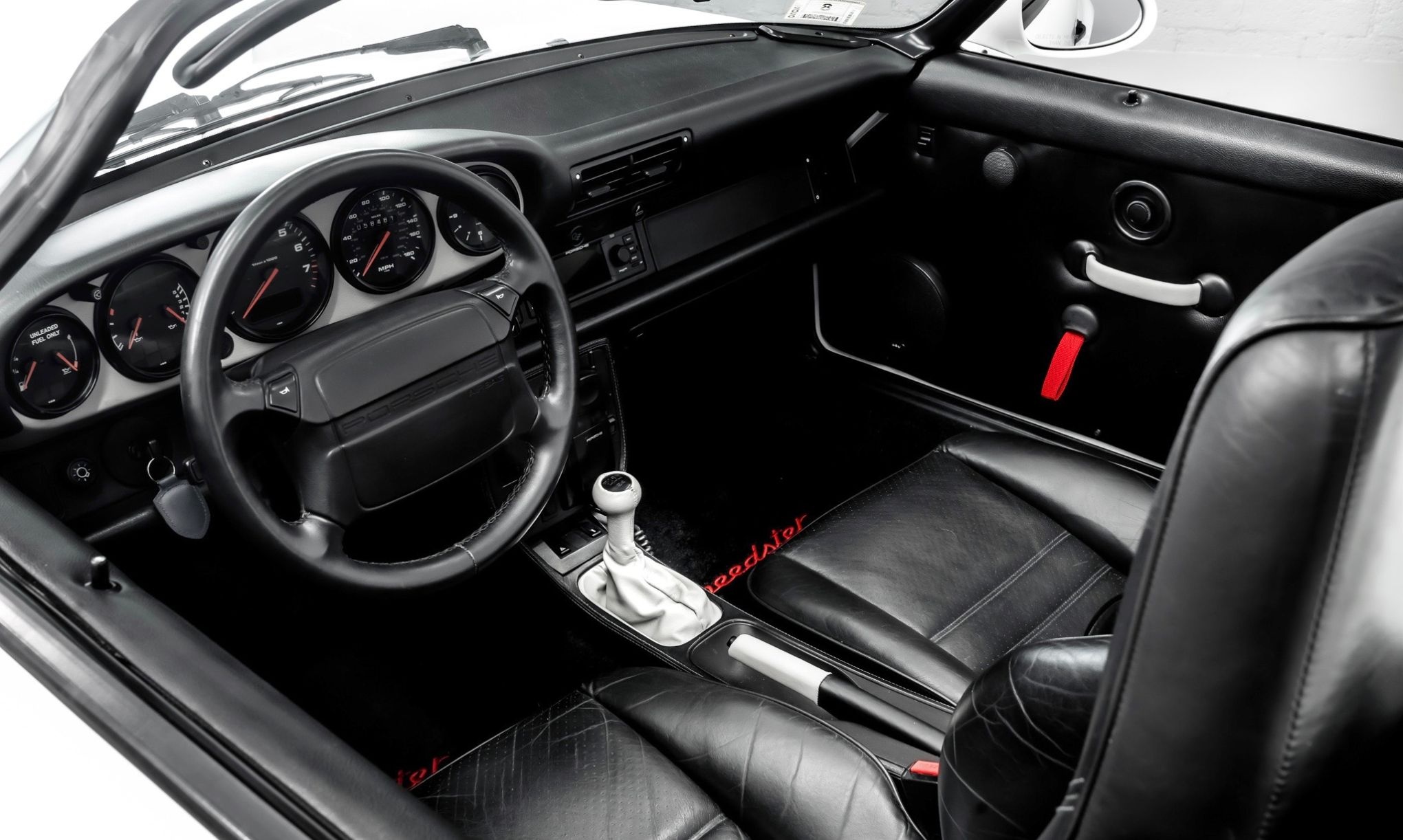 As expected, the black leather interior shows to be in excellent condition.  With an original MSRP of over $77k, this example has been appointed with a handful of desirable features such as adjustable Sport seats, white accents throughout the cabin, and the rare cellphone center console ($2,395 option).  Keeping true to "Speedster" heritage, this 911 has been factory equipped with many lightweight components such as RS door pulls, thinner door panels, and a back seat delete.  All electronics are said to be in working order including the upgraded Porsche Classic head unit. 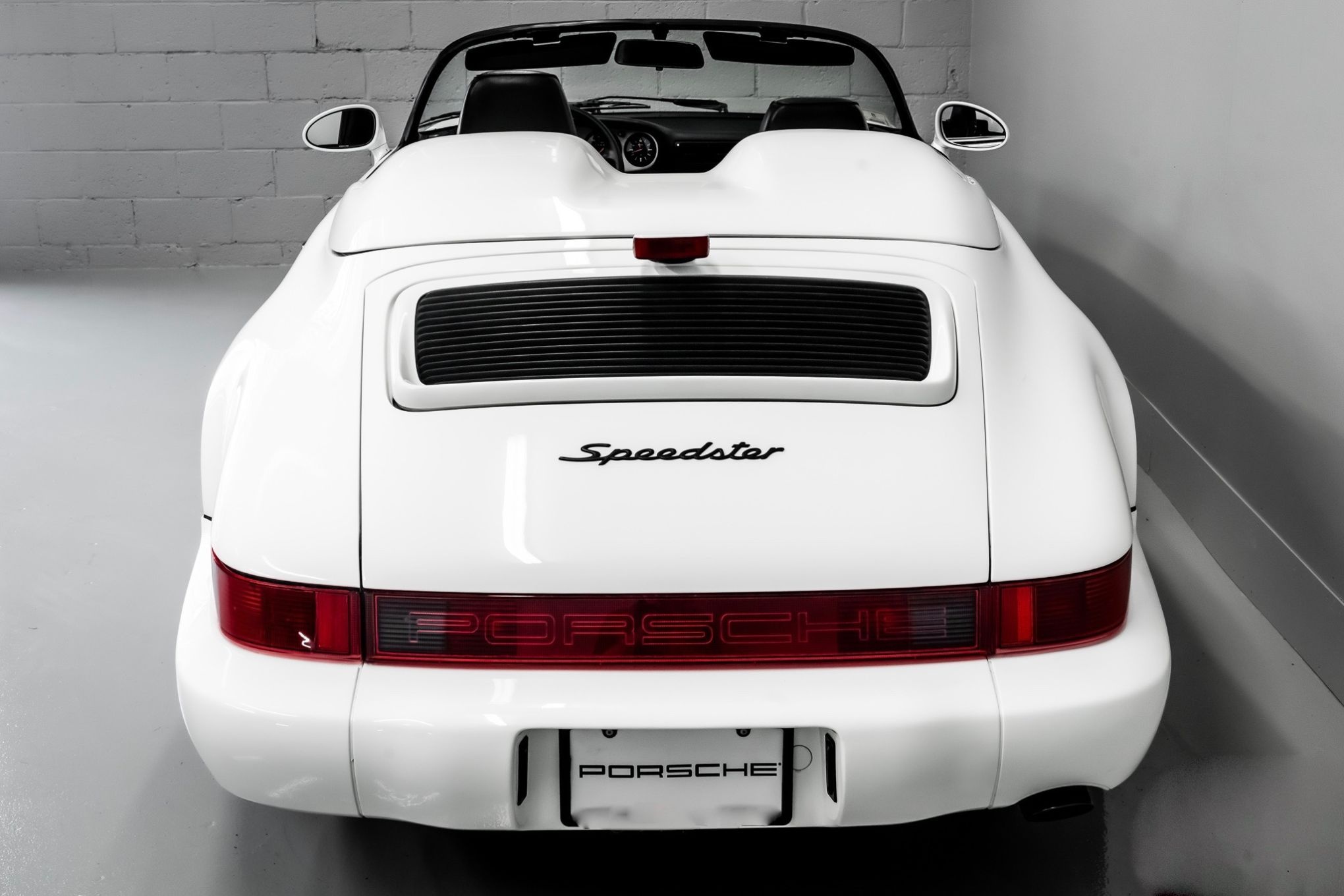 Power comes from the cars original matching numbers 3.6 liter 6-Cylinder Twin Plug Engine, which produces approximately 247HP. The Speedster's low-cut windshield, Sport seats, and coveted 5-Speed G50 transmission let the driver participate in an extraordinary open-air driving experience.  Taking it even further, the seller has recently installed a new set of Bilstein B6 shocks which add a more aggressive stance and better handling.  The seller also notes that over $14k has recently been spent on bringing this speedster to top running condition.  Items addressed include:

This Speedster is said to be in excellent running condition with service records dating back to the mid 1990’s. 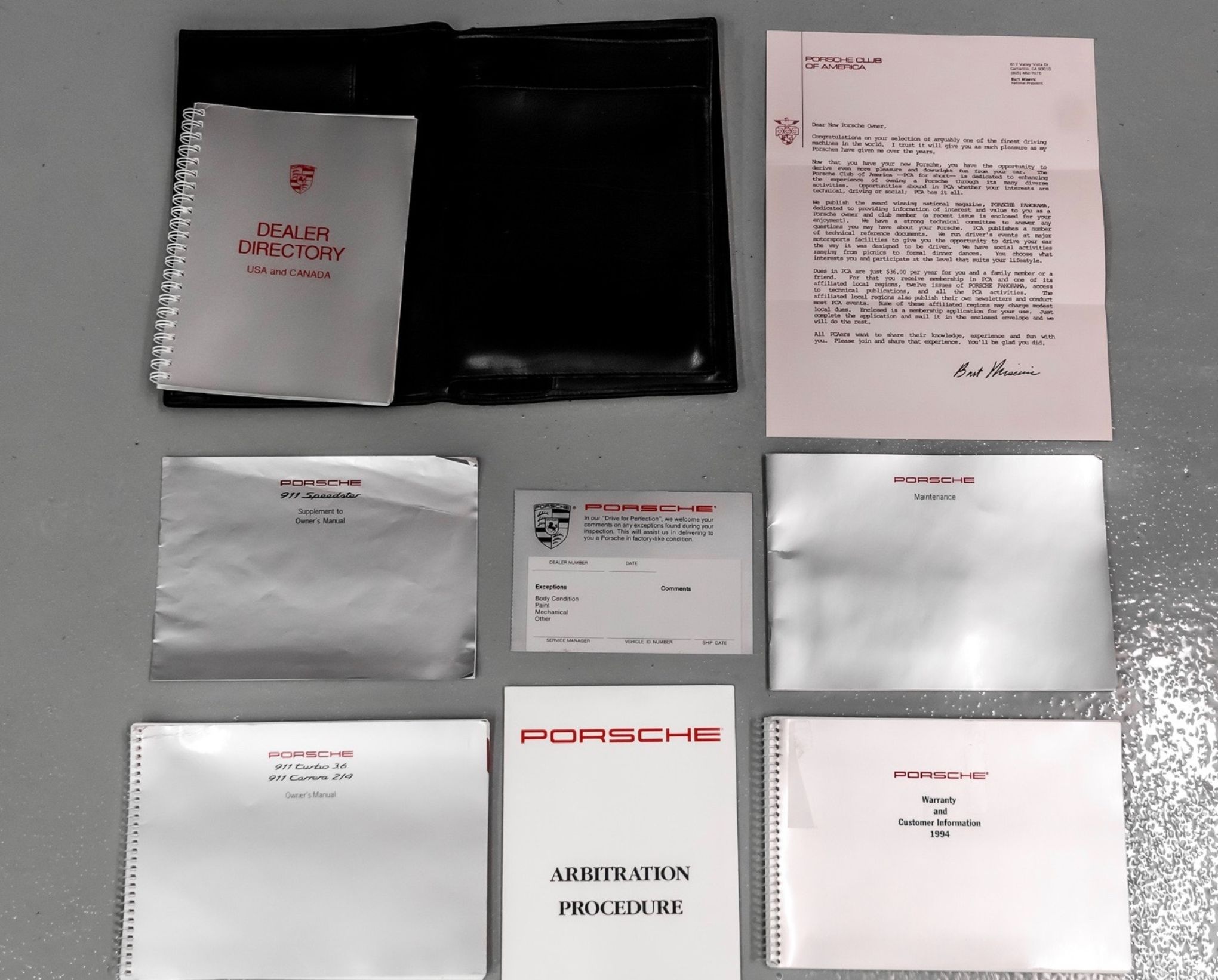 The sale will include an original window sticker, all books, tool kit, compressor, spare tire, extensive maintenance records, owner documentation, two keys, and a Certificate of Authenticity.  This is an opportunity to own one a significant piece of Porsche history. Do not miss your chance to bid on this beautifully configured 964 Speedster.