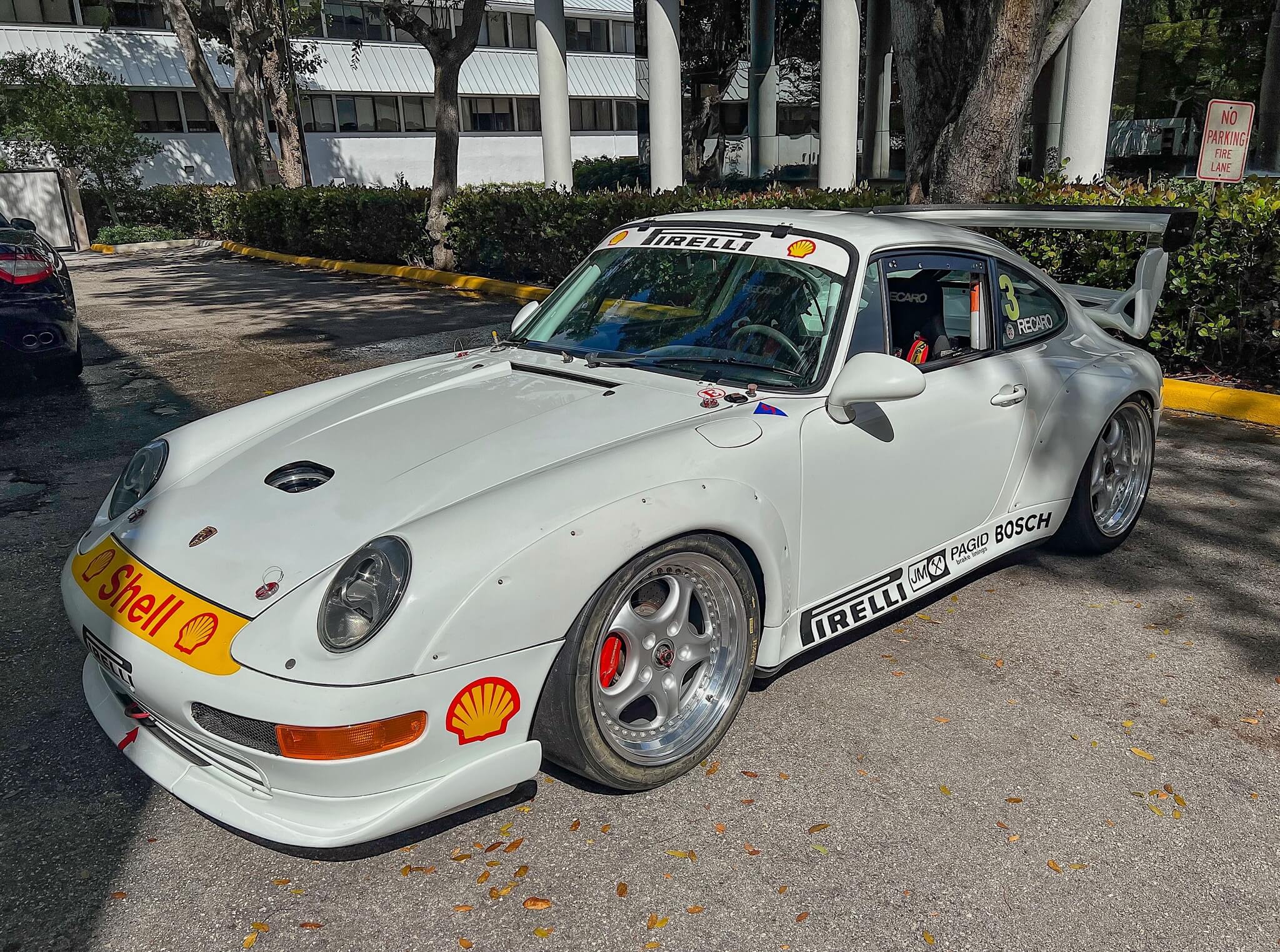 We are pleased to present this 1995 Porsche 993 Cup, among the last of the air-cooled 993 RS-based factory-built Cup cars. Originally purchased from Porsche, this 993 was the only 1995 Cup Car to receive upgrades to 1997 RSR Evo speciations after its original owner contracted Porsche Motorsports North America to carry out the reconstruction. Since launching in 1995, only 1,104 examples of 993 RS models were built, and of those about 374 models were diverted from the assembly line to compete in the Carrera Cup series including this 993. It was only used in amateur competition and has never been raced professionally, as Porsche only sold its Carrera Cup variants to the participants of the series. Therefore, this example carries an accident-free history, full factory-build documentation, and all competition logbooks since the original purchase. First owned by the president of NorthStar Motorsports, this 993 RSR Evo example is now being offered for auction out of Florida accompanied by an extensive collection of documentation including all correspondence with Porsche and Porsche Motorsports North America. 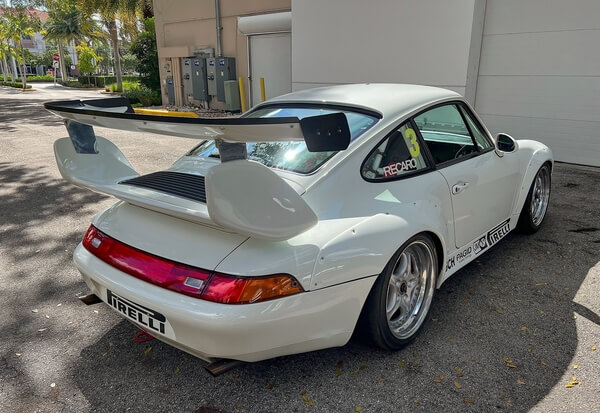 Featured in the April 1997 issue of Excellent magazine, as well as a repeated example of a Porsche-built race car in Adrian Streathers’ The Essential 993, this one-of-one Porsche build showcases a Grand Prix White finish and removable livery decals. Beginning as a 993 RS, Porsche converted this 993 into a factory Cup Car. In 1997, Porsche authorized additional conversions to RSR Evo specs which were installed by Andial Racing. These include Speedline 3-piece center-lock wheels, carbon-fiber brake cooling ducts, an aluminum hood with a quick-fill fuel cell, and a factory air jacking system. Other comprehensive racing equipment includes upgraded fender flares, rocker panels, front and rear spoilers, fender liners, lightweight glass, a Crawford wing with carbon-fiber lips and end dams, along with a custom stainless steel muffler unit. 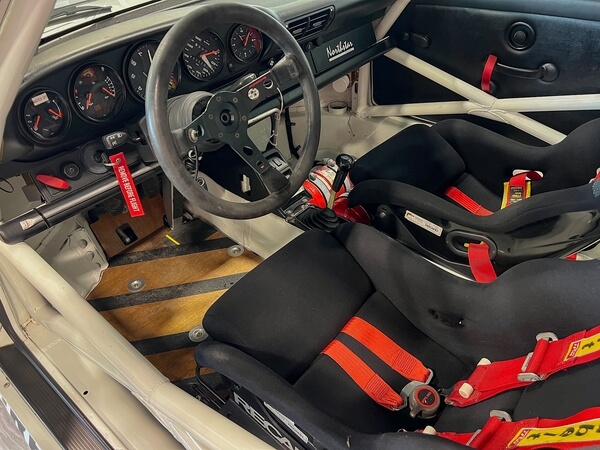 Porsche Motorsport North America performed the necessary interior upgrades to convert the original 993 RS to Cup specifications including Recaro seats paired with Sabelt harnesses, an FIA-certified roll cage, a MOMO removable steering wheel, and the deletion of the radio, A/C, and interior trim. During the 933 Cup to 993 RSR conversion in 1997, Adial Racing installed power steering, a quick-release steering hub, and a dual-bottle GT2 fire system. 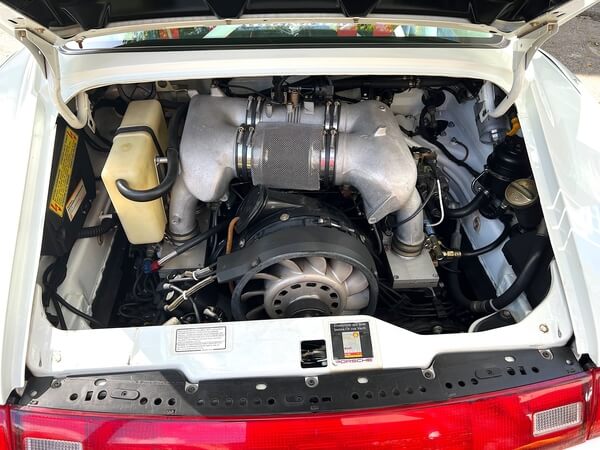 In lieu of the Porsche factory’s planned development specification for 1997, very few RSR Sprint-type engines were made for selective use in their 1997 Cup cars, as was also installed into this specially built 993. They are a unique engine, of which approximately 45 were built. The Sprint motor consists of a highly modified 3.8-liter flat-six engine with two valves per cylinder, twin plug ignition, special camshafts, and Carillo rods. It contains mostly R-type Porsche racing parts, including many that are fabricated by hand, and some created out of titanium. The engine is paired with resonance-controlled intake runners producing approximately 390 HP. After this 993 was brought to 1997 RSR spec, the original owner added a uniquely hand-crafted Teilert Engineering slide valve induction system. The Cup Motronic ECM was also replaced by a Porsche EFI programmable unit to accept this induction combination. This setup coupled with the Sprint system generates up to 410 HP. The racing clutch, lightweight flywheel, G50 6-speed transmission, limited-slip differential, and gearing ratios have been harmonized. A racing clutch and racing anti-lock braking system have been installed as well. Also featured are twin oil coolers in front fenders, a 100-liter quick-fill Premier fuel cell with a reserve baffle, twin pumps, “Big Red” Brembo brake calipers, Turbo rotors, double adjustable dampers with nitrogen resevoirs, uni-ball control arm upgrade, a custom quick-change exhaust system. 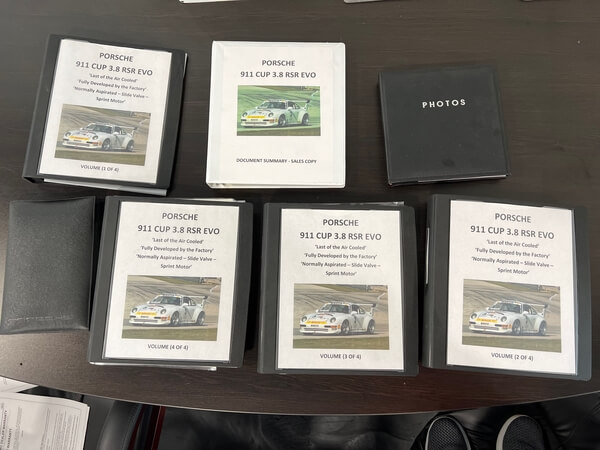 This sale will include extensive records and documentation.