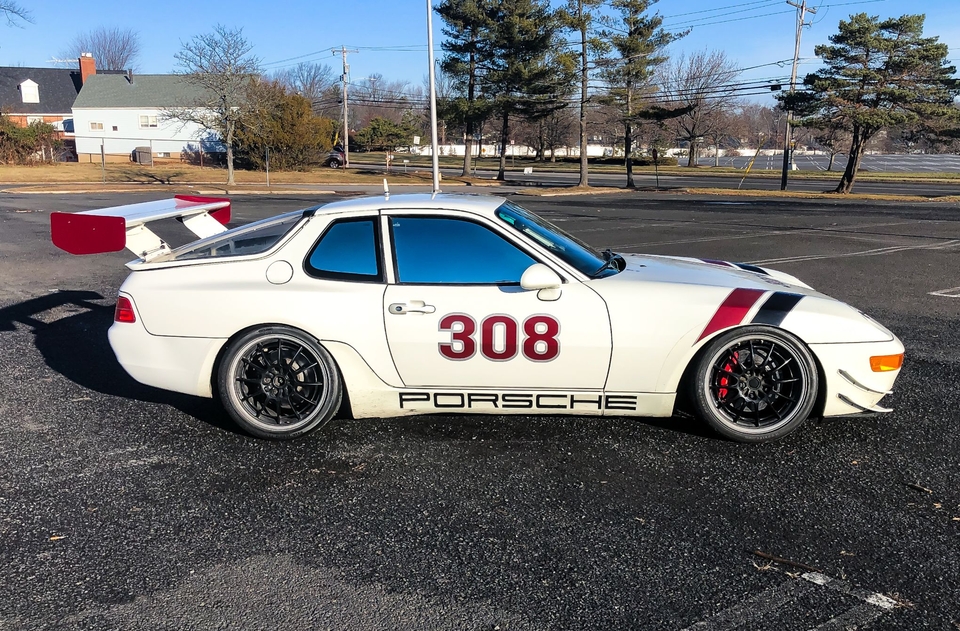 Up for auction is this street DE 1995 Porsche 968.  Purchased by its current owner in 2008 as a standard 1995 example, this 968 has since been re-engineered by Pete Fitzpatrick of RS Barn undergoing over $30k worth of performance upgrades along the way.  Highlighting extensive modifications and comprehensive service records, this uncompromising build is now being offered for auction in excellent ready-to-race condition by its seller in Pennsylvania. 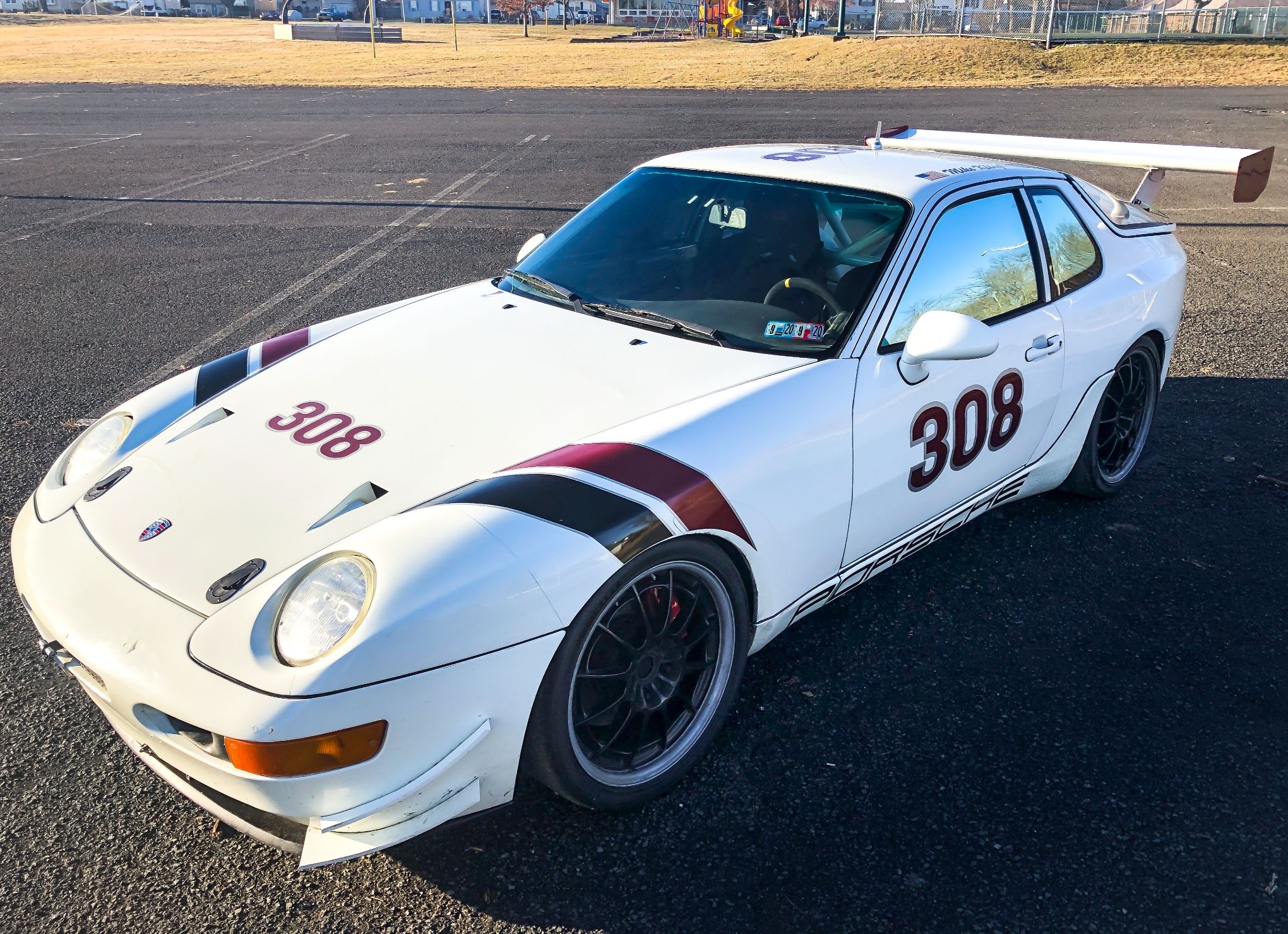 This 968 was professionally refinished in its original color of Grand Prix White.  The seller notes that  paint protective film has been applied over the entire nose of the vehicle including the rocker panels.  Exterior modifications include a lightweight plexiglass rear hatch, front and rear tow hooks, an RS wing, canards, a front splitter and custom racing graphics.  The sunroof was deleted at the time of the build in order to save as much weight as possible .  This 968 rides on 18” Enkei wheels which are currently mounted with Hoosier racing tires.  The seller has indicated that an extra set of identical Enkei wheels will be included in-sale.  A collection of exterior images are provided in the photo gallery. 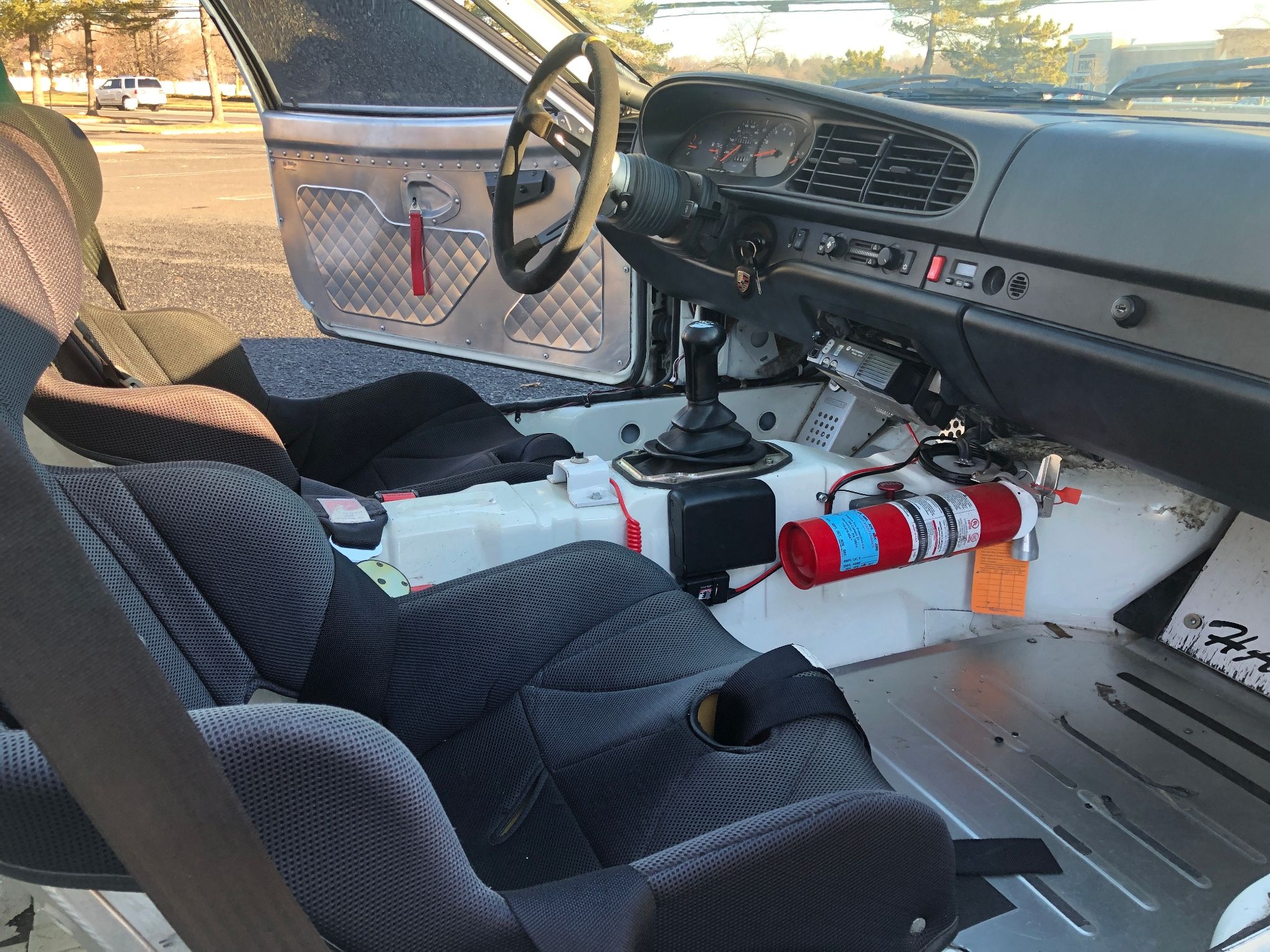 This black interior of this 968 has been stripped down to bare necessities and outfitted with custom aluminum door panels.  A cool shirt system provides comfort during hot track days while Kirkey racing seats keep the driver firmly in place.  Safety equipment includes a fire extinguisher, roll bar, hood latches, 5-point harnesses and an electric kill switch.  Modifications include a Momo steering wheel and an OMP pedal set.  Most non-essential features have been stripped from this car however all road-mandated electrical components remain fully functional. 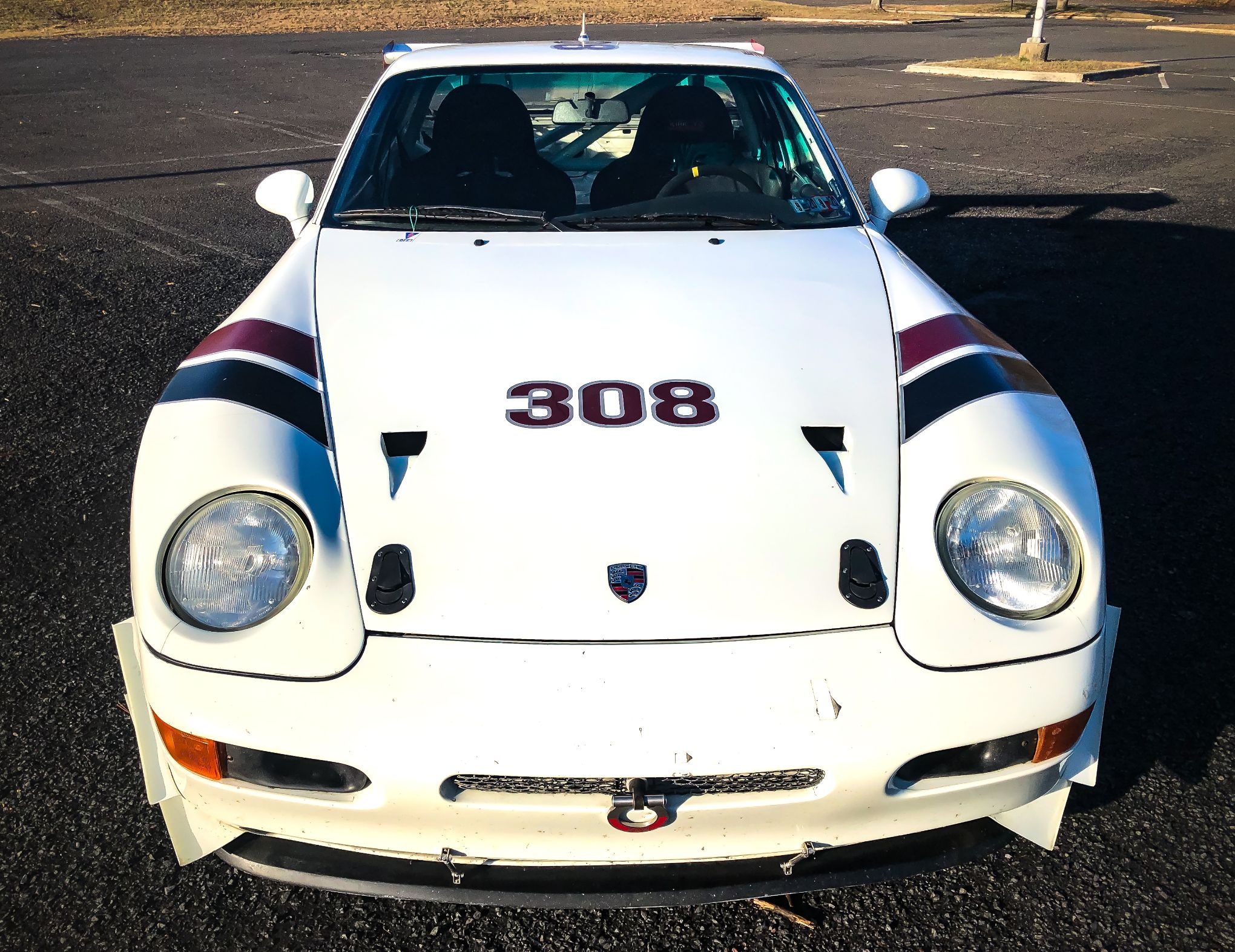 This 968 is fitted with fully rebuilt and upgraded 3.0L inline 4-cylinder engine that sends approximately 233HP to the rear wheels by way of a factory 6-speed manual transmission.  The result of countless hours of planning and build time, this 968 features the following performance upgrades:

Maintained by the professionals at Provost Motorsports since the build, the seller confirms that this 968 is in excellent driving condition. 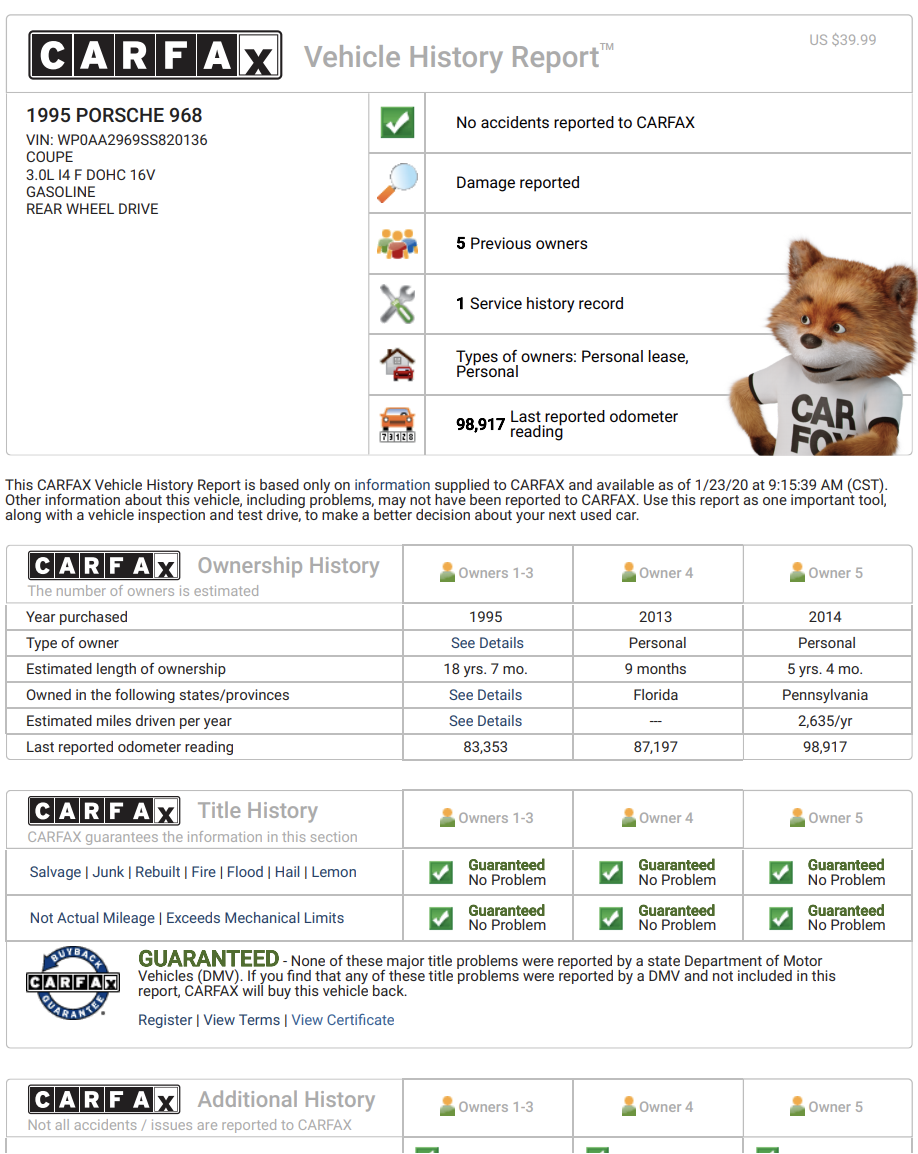 The sale of this 968 will include three sets of keys, original books, a Carfax report, a clear title and service records dating back to the seller’s initial purchase.  Do not miss your chance to get behind the wheel of this beautifully executed street-legal 968 trackcar.