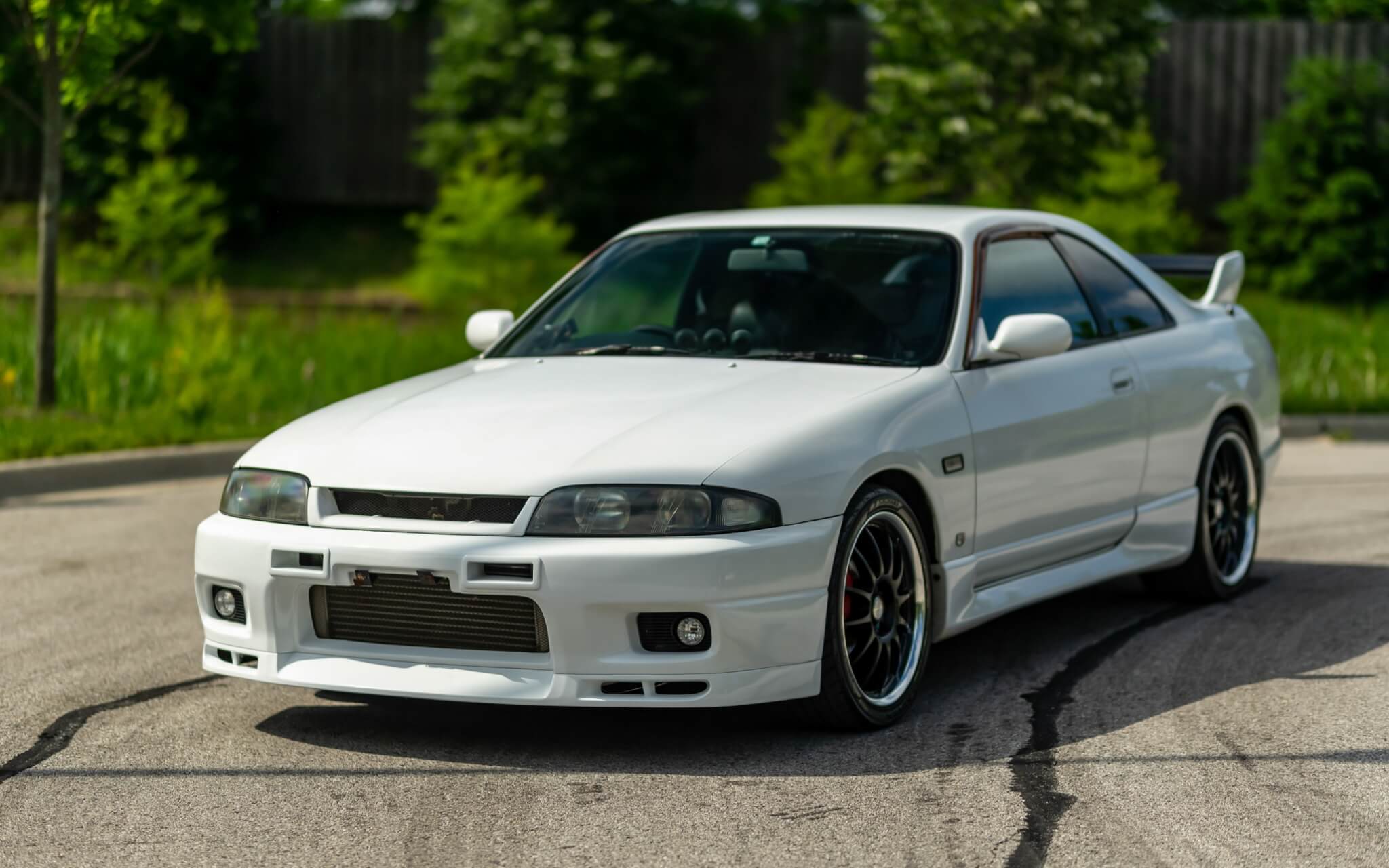 The GTS-T version of Nissan's 9th generation Skyline R33 features a 2.0L RB25DET turbocharged inline-six engine along with a HICAS rear-wheel steering system. This 1996 example was imported from Japan to the United States and modified under previous ownership with an upgraded intake and exhaust system, a Tein coilover suspension with EDFC (Electronic Damping Force Controller),18” Work Emotion VSX wheels, a turbo timer, Defi gauges, and a MOMO steering wheel. Now showing approximately 137k kilometers (85k miles) on the odometer, this R33 GTS-T is being offered at auction by its seller out of Illinois. 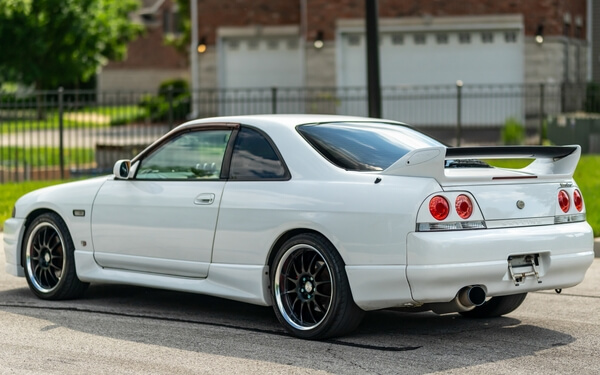 The exterior is finished in White (QM1) and features an aerodynamic front fascia, sculpted rocker flares, and a GT-R-style rear spoiler. The front bumper was painted under current ownership and the driver's side of the vehicle is believed to have been previously refinished as well. Detailed images are provided in the photo gallery. The original wheels have been replaced with black 18” Work Emotion VSX rims fitted with anodized lug nuts and Yokohama tires. 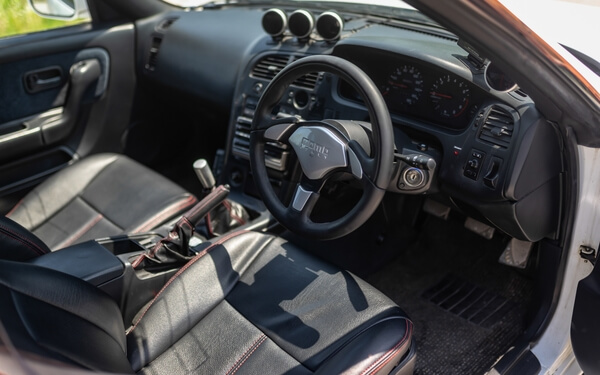 The interior features manually adjustable front seats and a rear bench trimmed in black leather with red contrast stitching and matching lever boots. Modifications include 4 Defi auxiliary gauges mounted to the dashboard, a Defi turbo timer, a MOMO steering wheel, and a Tein EDFC unit mounted to the passenger side of the center console. The seats are believed to have been reupholstered under prior ownership. 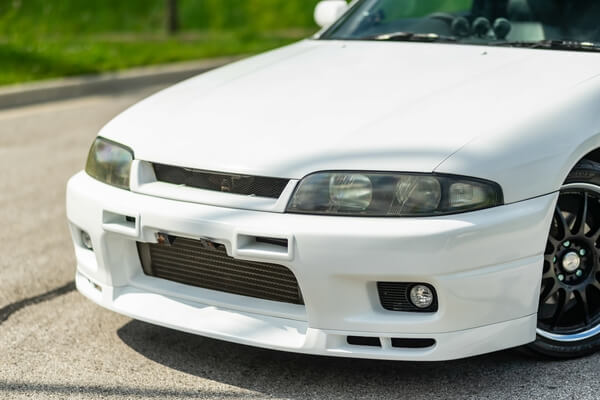 The R33 GTS-T is powered by a 2.0L RB25DET turbocharged engine rated at 245 HP and 235 lb.-ft of torque stock. The rear wheels are driven by a 5-speed manual transmission. An upgraded exhaust and cold air intake were fitted by a previous owner as well as a Tein coilover suspension with EDFC, allowing the driver to change damping settings using an electronic controller. An oil change is said to have been completed in preparation for sale. 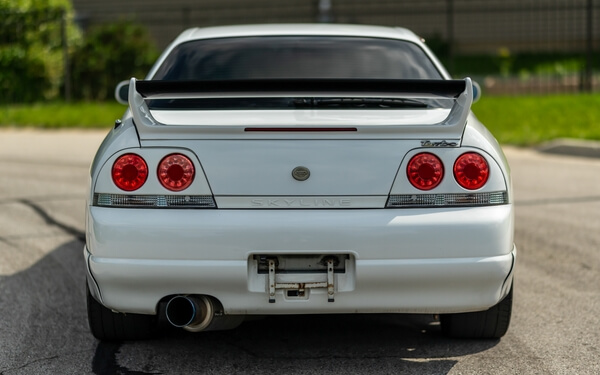